A research effort based at the Allen Institute in Seattle, Wash., will tap leading scientists from several institutions to dive even deeper into brain genetics and physiology. The aim: Find clues to the earliest beginnings of Alzheimer's.

Three research institutions in Seattle have joined forces to study how Alzheimer’s disease takes root in the brain.

The consortium will create a new research center at the Allen Institute for Brain Science to study tissue from brains donated by people who died with Alzheimer’s.

The project, with its emphasis on basic research, represents part of a global do-over for the Alzheimer’s field, which has weathered a series of failed attempts to develop a drug that could slow or stop the disease.

“The premise of this project here is that we need to take a step back,” says Ed Lein, a senior scientist at the Allen Institute and the center’s lead investigator.

That’s a marked change from a decade ago, when there was great excitement about experimental drugs that could scrub away the sticky brain plaques thought to cause Alzheimer’s.

Studies have shown that the drugs do their job, removing a toxic protein called amyloid-beta from the brain. But they don’t help patients avoid memory loss or cognitive problems. 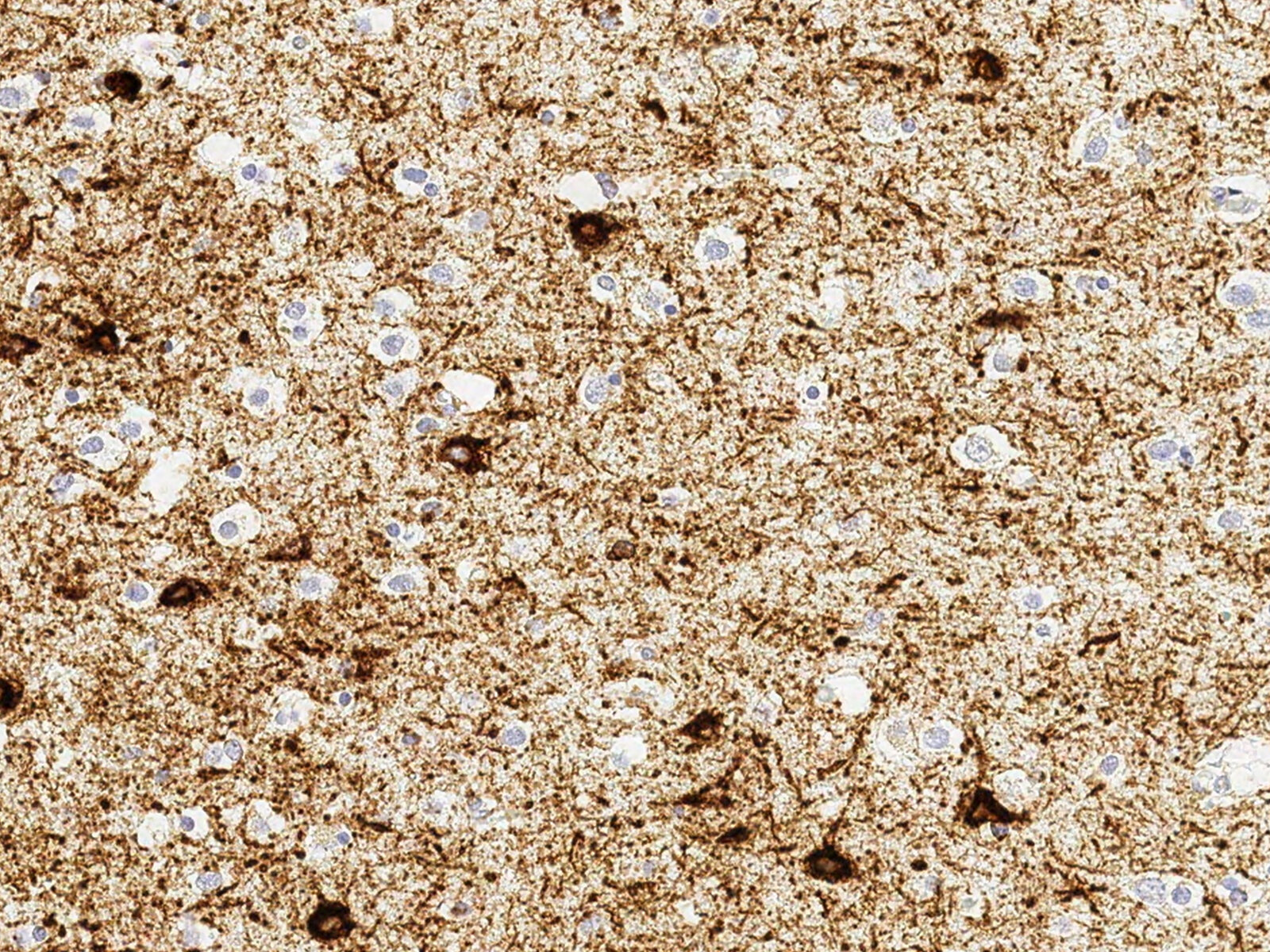 This microscopy image shows the buildup of toxic tau proteins in the medial temporal gyrus of a human brain. Though some drugs can now remove these proteins, that hasn’t seemed to ease Alzheimer’s symptoms. It’s time to look more deeply into how the cells work, scientists say. UW Medicine

As a result, pharmaceutical companies have been forced to abandon many clinical trials, and have lost billions along the way.

That experience has a lesson, Lein says. Researchers have mistakenly been “trying to go right to the cure without really understanding the brain and what actually goes wrong that leads to dementias.”

“We don’t really understand what’s happening at the very basic level of individual cells in the earliest stages of Alzheimer’s disease,” adds Dr. C. Dirk Keene, a neuropathologist with UW Medicine and a principal investigator at the new center.

So the consortium will focus on answering that question rather than developing treatments.

It will rely on technology pioneered by the Allen Institute that uses genetic information to classify brain cells.

“We have tools that let us understand all of the kinds of cells that make up parts of the brain,” Lein says. “And we can now use these tools to understand what cell types are affected as the disease progresses.”

One goal is to identify cells that become abnormal long before symptoms of Alzheimer’s start to appear.

“If we can find the cells where something goes wrong, this would provide a new way to try to treat this disease,” Lein says.

The project will look at neurons, which communicate using electrical signals, as well as glial cells, which are involved in immunity and functions like clearing away debris. There have been hints that glial cells play an important role in the development of Alzheimer’s.

Another goal of the project is to look beyond the plaques and tangles in the brain that have been the focus of most treatment efforts.

“We need new targets,” Lein says. We need new places to try to intervene in the disease at earlier stages … before things have really gone haywire and the neurons themselves are actually dying.”

Even though the focus is on basic science, it could lead to a treatment, Keene says.

“In the greatest scenario, I would love to find that cell that starts the process — where it is, when it happens and how to stop that from happening,” he says.

But Alzheimer’s is a complex disease, he notes, and probably won’t be explained by a single abnormal cell.

The consortium hopes to identify those and any others that are somehow involved in the process that leads to Alzheimer’s. And as with other projects at the Allen Institute, all the data will be freely available to the scientific community.