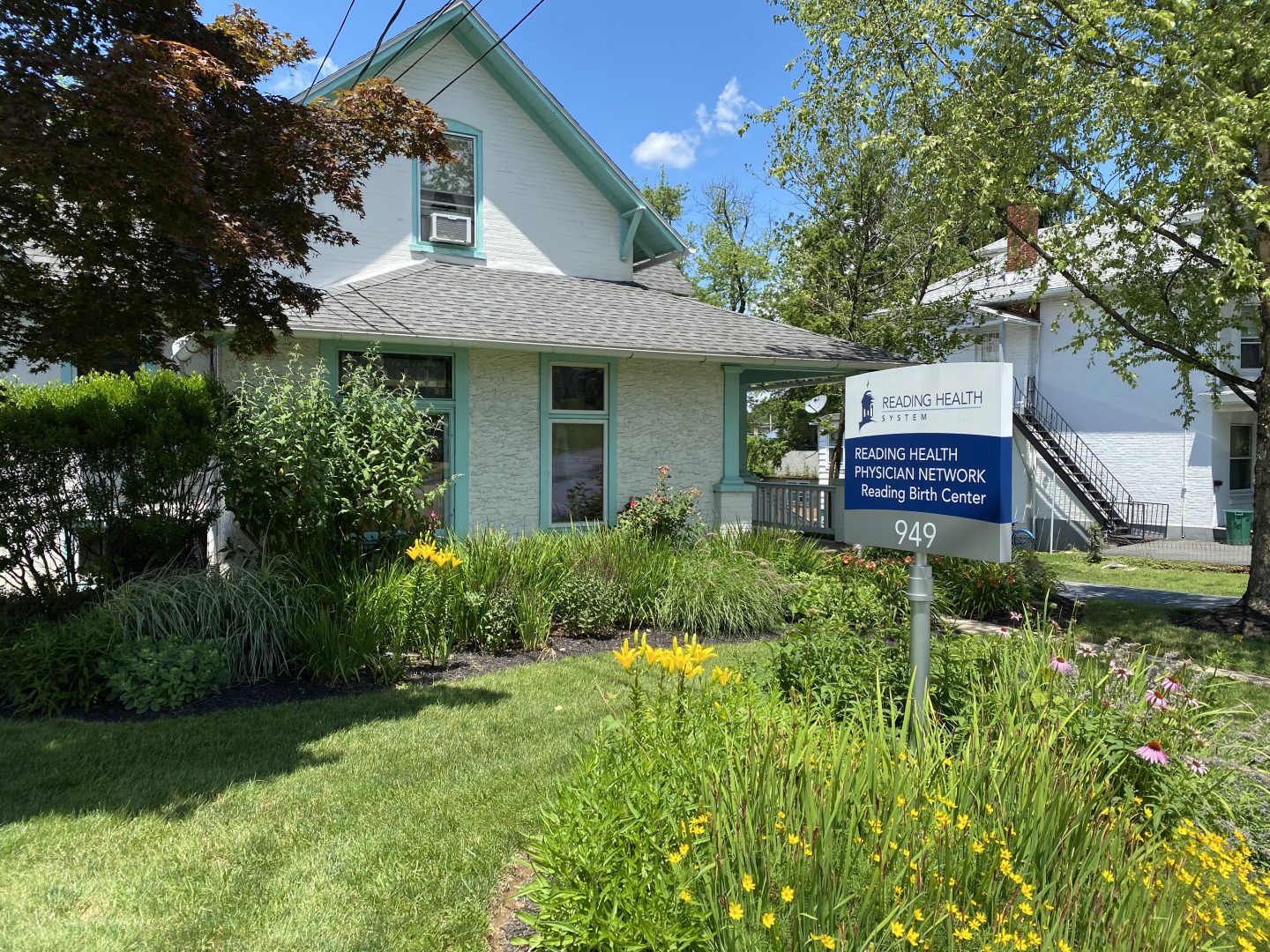 Hundreds of people in Berks County and the City of Reading are asking legislators and hospital executives to preserve one of very few birth centers in the community.

Tower Health, which owns Reading Hospital, announced last week it will be cutting around 1,000 positions and closing several health centers. The cuts, Tower Health said, are needed after the company experienced a $212 million loss, or a 40 percent drop in revenue, after the coronavirus forced the suspension of many elective and other health care services, according to President and CEO Clint Matthews.

Tower Health said that it plans to close or consolidate the services at the Reading Birth Center as part of the cuts. The organization did not respond to questions about the specific plans for the center.

Reading Hospital describes the center as “the only hospital-owned, free-standing birth center in the tri-state area offering gentle, personalized care in a relaxed, home-like setting.” The center also provides midwives to accompany mothers leading up to and through birth.

Jodie Whitcombe, a professional doula in the Reading area. As a doula, Whitcombe gives emotional, mental and physical support to mothers during pregnancy and birth. Whitcombe said the loss of the birthing center would mean less options for Berks women to choose how they want to give birth.

“It has a very comforting feel versus a sort of sterile medical feel of a hospital, but you still have your medical care providers there to make sure you’re safe,” Whitcombe said. “I think most people feel it is the best of both worlds because you get a more holistic, more natural care during your pregnancy and a more natural, low intervention birth but you also feel comforted and safe the hospital is close by.”

The center is located just outside Reading city limits but is centrally located for the greater Reading area and is only a few minutes away from the Reading Hospital.

Whitcombe and six other doulas and community members started the Facebook, Save the Reading Birth and Women’s Center, on June 17, a day after the Tower Health’s announcement. The page gained more than 1,000 members in less than a week.

After receiving an email about the center’s likely closure, Schwank called Whitcombe Monday to discuss the issue.

“I was concerned,” Schwank said. “I know the reputation of the facility, I know that it is something regionally it is something that women cherish as a place for a home-based birth.” Reading Hospital is located in West Reading and is owned by Tower Health.

“I think it shows how important different options need to be made available for women and their families in terms of their choices for their birthing location and how the whole process proceeds,” Schwank said. “It’s very, very important to women. So, if it can continue at least in some form, that would be a positive thing.”

Liliana Antosy had a unique experience with the center for the birth of her first son in 2013 while living in Reading.

Though she had planned to give birth at the center, she said her husband urged her to have a hospital birth. She ended up in Reading Hospital where she received an epidural and underwent a c-section, after which her newborn son spent two days in the NICU.

“I felt, in labor especially, I couldn’t advocate for myself,” said Antosy, now living in Ephrata. “I didn’t do well with managing my own pain, feeling really uncomfortable in that situation, having strangers and nurses I didn’t know at all tend to me and mixed in with my own natural anxiety, it wasn’t a good situation for me.”

Antosy said her experience at Reading Hospital highlighted the importance of having the birth center. Antosy had a successful home birth last year with the assistance of a midwife unaffiliated with the center.

“It was really important for me to stick with midwives as a choice because it was very important to have the personal care and not just a calculator used to determine if I could have a vaginal birth after a cesarean,” Antosy said.

Antosy is a technical group leader in pharmaceutical product testing at Eurofins Lancaster Laboratories. Antosy, a Latina, said she is concerned about racism in health care, saying she believes health professionals are more likely to ignore the concerns of minority women.

Antosy also said she has seen biases in tools that determine the potential success of natural birth after having a cesarean based on biological info of the mother.

“If I put in all my information [into a  vaginal birth after a cesarean calculator], I think I had a 60 percent chance of a successful VBAC,” Antosy said. “If I changed my ethnicity from Hispanic to white, that went up ten percent, all of the rest of the information was the same.”

Antosy said she feels that other Latinas and many women in general are not aware of their birthing options outside of a hospital. Antosy said it is also important that mothers understand that hospital births can be much more expensive than home births with a midwife.

“Even if [mothers] are going to the birth center, they might choose to use the hospital but at least they are aware of the other options and not automatically told ‘you’re going to a hospital, here’s when you go,’” Antosy said.

Editor’s note: The article was updated to clarify Antosy’s use of midwives.

Anthony Orozco (@AnthonyOrozco20) is a Report for America reporting fellow working at PA Post. Report for America is a national service program that places talented emerging journalists in local newsrooms to report on under-covered topics and communities.

Taking a trip to visit grandparents or older relatives? Tips to reduce the risk