He becomes only the third Lancaster Countian to hold that position of presiding over the 203-member chamber and the first in nearly a century.

(Harrisburg) — When Bryan Cutler got elected to the Pennsylvania House of Representatives in 2005, those familiar with him believe that he likely never came into the office with his sights set on becoming the most powerful member of the General Assembly.

That is now exactly the position he holds.

Cutler, 45, was unanimously elected on Monday to serve as the state’s 141st Speaker of the House. He becomes only the third Lancaster Countian to hold that position of presiding over the 203-member chamber and the first in nearly a century.

He fills a post vacated last week by Mike Turzai, who resigned his House seat with five months remaining in his term to take a position as general counsel for Peoples, a Pittsburgh-based gas utility.

In accepting the speakership, Cutler offered a four-minute speech that reminded members that they are in their positions to make a difference and asked them to pledge to him what he pledged to them: to treat each other, other elected leaders, and constituents with respect; to not ask others to do something they themselves would be unwilling to do; and finally, to leave things better than they found them and to work together.

“That is the most important point of all,” Cutler said. “And if that is the voice that you have chosen, then with God as my guide and my family by my side, with the support of my friends and on behalf of all the people of this everlasting commonwealth, I will humbly serve in the role as speaker of the House of Representative.” 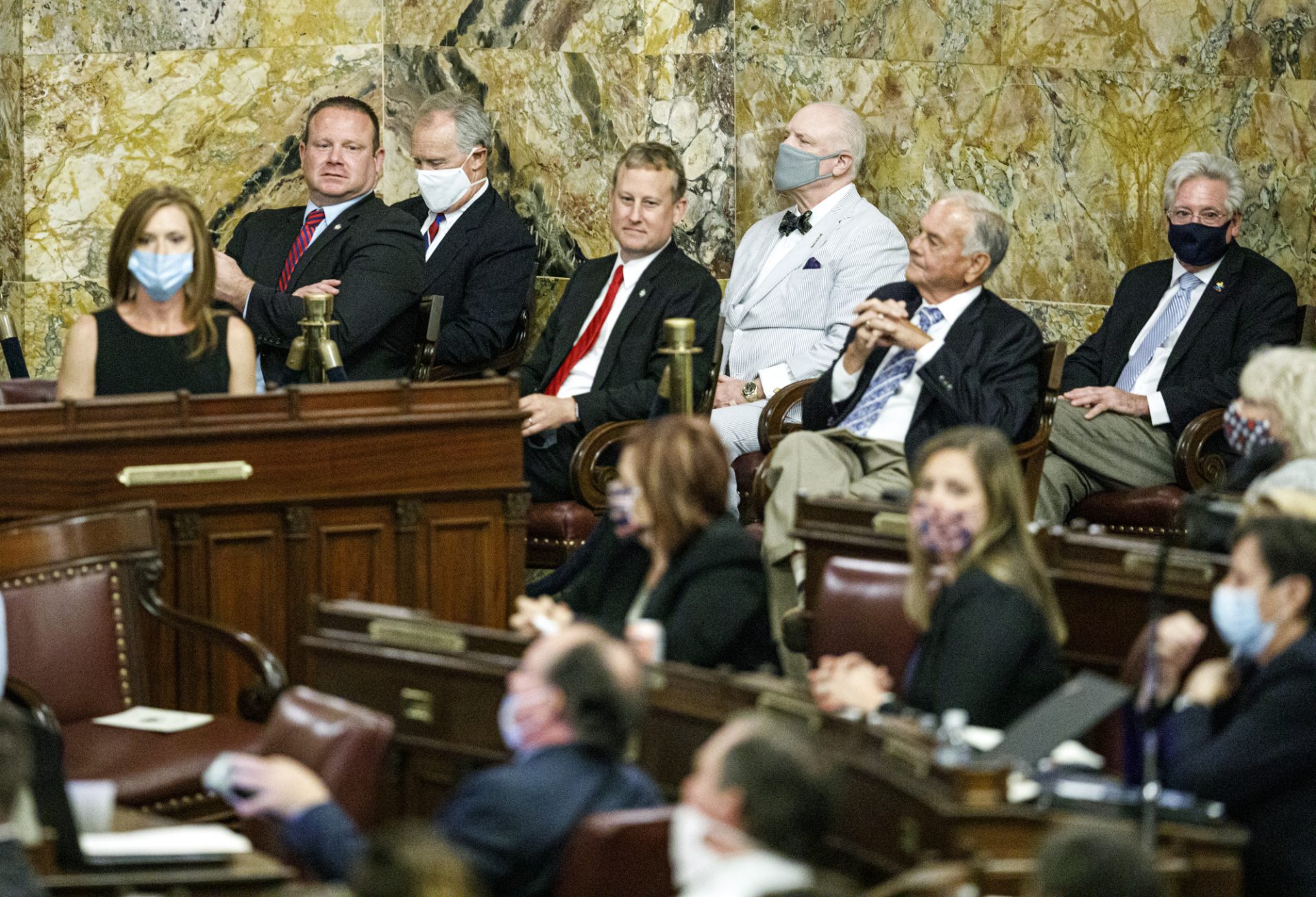 Rep. David Hickernell, R-Lancaster County, dean of that county’s legislative delegation, nominated Cutler for the speakership. It was seconded by Rep. Jeff Pyle, R-Armstrong County, who described Cutler as pragmatic and an optimist.

“He does not judge people but rather assesses ideas, which is exactly what this body needs,” Pyle said. “Brian Cutler will provide this and facilitate this vision. The Cutler House will allow us to develop great ideas without yelling.”

Rep. Pam DeLissio, D-Philadelphia, said she also was honored to be asked by Cutler to second his nomination. She saw it as a recognition of his willingness to work in a bipartisan manner to find a path forward.

“The best policies for the greater good of the citizens of this commonwealth and to ensure that although we come from different political ideologies that in fact we do not at the end of the day let those political ideologies drive us solely,” said DeLissio, who worked with Cutler in 2011 on a health care bill that they were able to get enacted.

Cutler is well regarded for his knowledge of issues affecting the health care arena, an interest that had its roots in caring for his parents who were diagnosed with ALS when he was in high school.

It led him to pursue training to become an X-ray technician and then to go on to earn a degree from Lebanon Valley College in healthcare administration. He eventually went on to earn a law degree, focused on health care law, from Widener University School of Law.

Beyond his interest in health care policy initiatives, Cutler has worked on reforms to the welfare system to root out fraud and abuse. Among his legislative successes in other areas was the enactment of a law to modernize the state’s lobbyist disclosure law.

He also was one of just 21 members of the House who voted against the 2018 statute of limitations reform bill that opened a two-year retroactive window for child sexual abuse victims to file civil claims after being timed out of the legal system. Cutler considered that window to be unconstitutional.

This year, as leader, Cutler has taken on Gov. Tom Wolf’s COVID-19 business closure order with a vengeance, arguing strenuously to reopen various segments of the economy sooner than Wolf’s reopening plan allowed.

Current and former House members expressed a high level of confidence in his ability to take over as the chamber’s presiding officer.

In his parting remarks, Turzai – who was among the former speakers along with Republican Dennis O’Brien and Democrat Bill DeWeese, in attendance for Monday’s speaker election – referred to Cutler as “one of the most principled, thoughtful, inclusive, passionate and intelligent, intellectual leaders.”

Former House Speaker Sam Smith, who served in that post from 2011 to 2015, said in an earlier interview he thinks Cutler will do an excellent job as speaker.

“He’s just a really bright guy. He’s sensitive to your point of view. He’s always willing to hear it out and listen to it,” Smith said. “He’ll be able to transition from being caucus leader to being that House leader where you have to expand that compassionate listening mindset to the most liberal member of the House to the most conservative.”

As majority leader during the COVID-19 pandemic and ensuing economic turbulence, Cutler was put in a position of leading the Republican Caucus through “some very uncertain times with no path forward,” said Rep. Seth Grove, R-York County. “He kept a very diverse group of people from diverse regions and issues together and moving forward. He’s just really good at his job. Bryan is an exceptional leader.”

Former Cumberland County GOP state Rep. Steve Bloom said of Cutler, he “is a true gentleman dedicated to his work and his constituents. He’s extremely well informed and able to build consensus not only within his caucus but across the aisle and with leaders in the Senate, all of which is crucial to moving forward with a strong positive leadership agenda.” 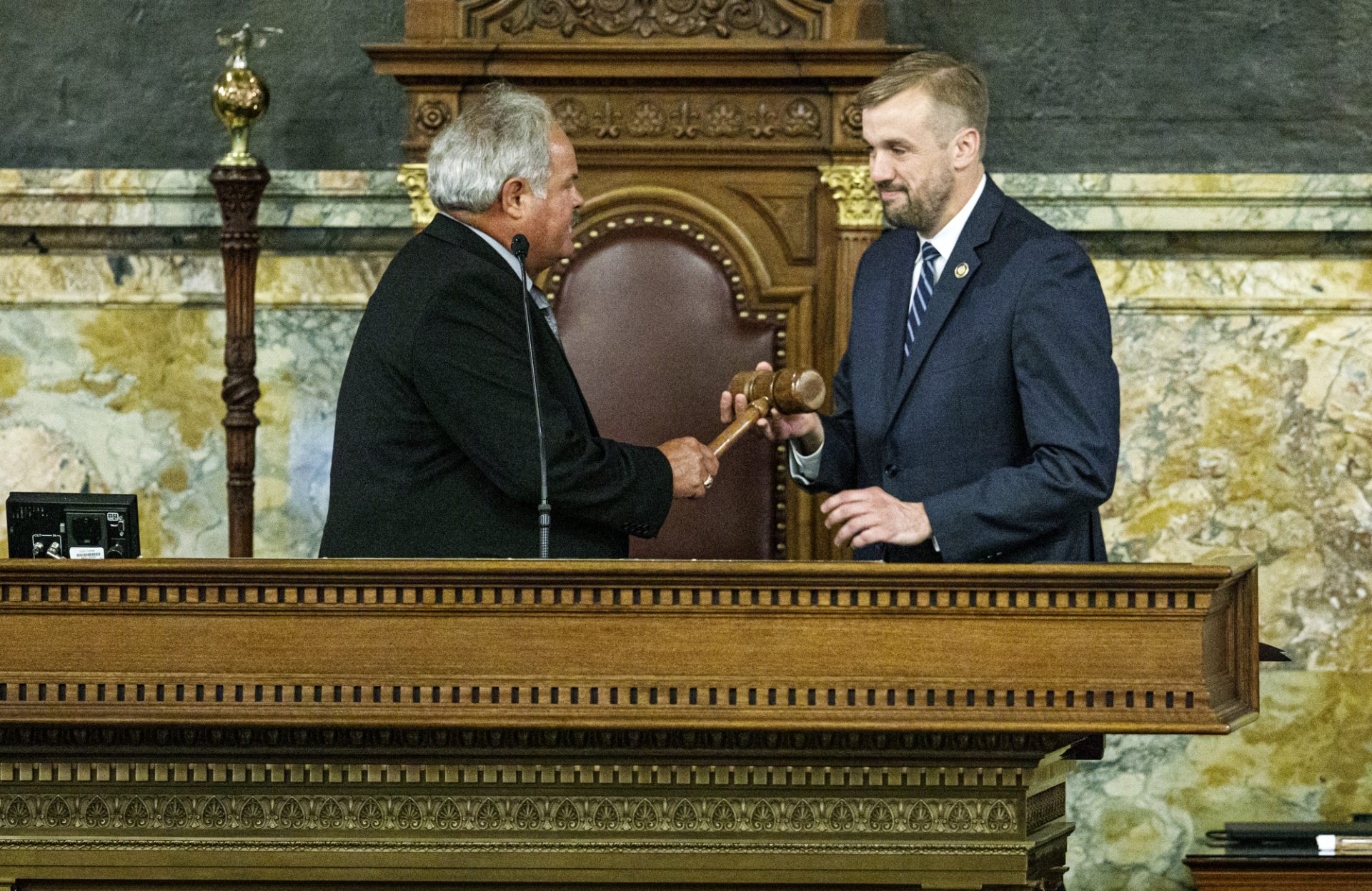 Cutler’s rapid rise up the leadership ladder came as no surprise to Rep. Russ Diamond, R-Lebanon County. He said he spotted that potential when he interviewed him during Cutler first run for the state House in 2005.

Diamond was involved at that time with a group of government-reform minded activists hoping to make a clean sweep of incumbent lawmakers who voted themselves or who accepted a controversial pay raise in 2005, as was the case with Cutler’s predecessor. Diamond recalls how Cutler stood out among the crowd.

“Of those who we thought could do things, on top of that heap was Bryan Cutler who was a young man. I think he might have been 29 years old when I first met him. He impressed me so much and I knew he was going to go places,” Diamond said.

Lancaster County Republican Party Chairman Dave Dumeyer said the fact that Cutler was able to successfully beat out two-term GOP incumbent Gib Armstrong signaled to him that Cutler had the potential to be a rising star.

“I have to say I was always impressed with Bryan. He’s very bright, very articulate. He’s very thorough,” Dumeyer said. “He’s able to sit down and talk with people from all aspects both Republicans and Democrats. I don’t think I know too many people who don’t like him. That right there carries a great deal of weight. I’m happy for him.”

Sen. Ryan Aument, R-Lancaster County, who has known Cutler since elementary school, credited Cutler’s character, integrity, and trustworthiness for his elevation to the speakership.

“From a personal and professional standpoint, I’m thrilled. He’s the nicest guy I know,” said Aument, who managed Cutler’s first campaign for the state House. “He’s a hard worker. He’s fair. I think he’s well regarded by the Senate. He’s well regarded by the House, the Republican and the Democratic caucuses. I couldn’t be more pleased.”

Aument said he bets no one who knew Cutler in school would have guessed that he would someday become House speaker.

Cutler’s former Drumore Elementary School principal Kenneth Zieber admits that is the case with him although he saw a potential in his former student.

“It has been 35 years since I had the pleasure of serving as the principal of his school. Memory has a way of fading over time but I truly do remember Bryan” Zieber said. “He was a wonderful young boy and grew up to be a wonderful young man. I would not have been able to predict what he would accomplish in his life when he was an elementary student but I knew for sure he would do well in whatever career he chose.”

House votes to make Republican Rep. Cutler its next speaker