A ruling could come as soon as this week in legal standoff between Wolf and Pa. legislature

The fate of the governor's emergency declaration hangs in the balance 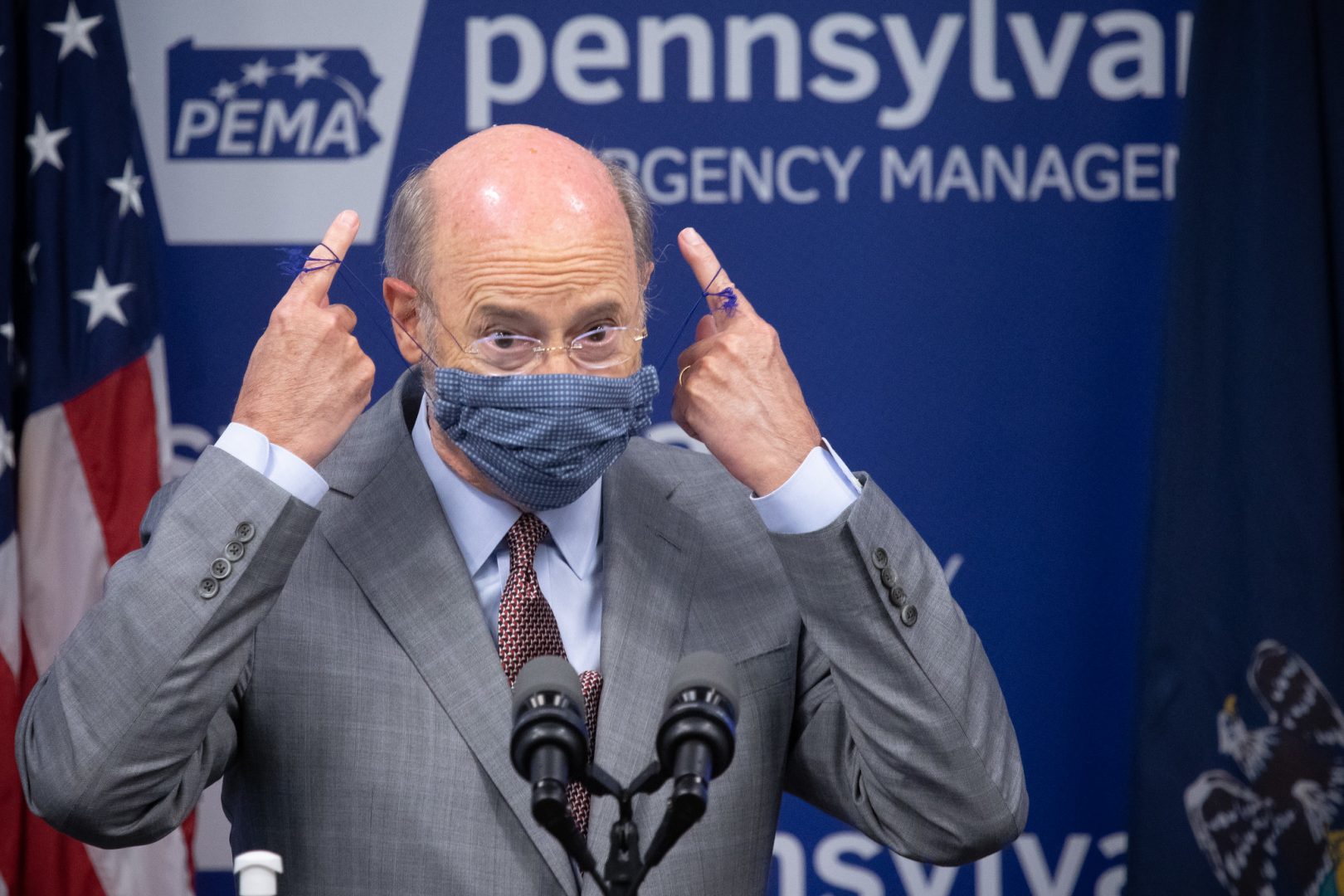 The Pennsylvania Supreme Court could rule this week on whether Republican legislators can end Gov. Tom Wolf’s pandemic emergency declaration.

If the court rules for the GOP, both Wolf and Republican legislators say that evictions and utility shutoffs will resume and the governor’s ability to suspend regulations to manage the crisis will be curtailed. But Wolf says his business shutdown orders and phased reopening plan will remain because they rest, in part, under the authority of the Secretary of Health to contain and control disease. Republicans, though, say that authority is limited, and believe business closure orders would end.

The collision course between legislators and the governor began back in May when the state House of Representatives passed a version of HR 836 that would have terminated the governor’s coronavirus disaster declaration, specifically to the extent it treated some businesses differently than others. Two weeks later, the state Senate passed a resolution to terminate the declaration entirely, and the House quickly concurred.

That set up a standoff. Republicans argued that Pennsylvania law requires the governor to issue an order terminating the declaration immediately, while Democrats countered that Article Three of the state constitution gives the governor discretion to disapprove of the resolution — to veto or sign it — as he does with any other resolution.

The case reached the high court at Wolf’s request through a centuries-old paradigm known as King’s Bench jurisdiction, which allows the state’s highest court to rule on an issue without it first going through the lower courts.

Republicans have requested that the court hold oral arguments to address what they say “may be the most significant separation of powers case to be before the Court in some time,” but Wolf opposes that request, and, in a filing Monday, urged the court to rule quickly. Although there is no mandated timeline for a ruling, the high court uses King’s Bench jurisdiction only for matters of “immediate public concern,” so the ruling should come soon.

Last week, four outside parties petitioned to be heard as friends of the court to offer arguments. All four support the arguments put forward by Wolf.

The Pennsylvania chapter of the Service Employees International Union (SEIU) argued that ending the disaster declaration would restrict the governor’s authority to protect frontline workers.

“The members of SEIU Healthcare Pennsylvania are among the most exposed to COVID-19 infection through their work and are also especially needed to remain healthy during the duration of this pandemic in order to serve the needs of their patients and residents,” their filing says. “They are at risk of losing their lives due to COVID19, not just their livelihoods. They need this public health emergency to be effectively managed and, based upon their experience, believe that the Governor’s Disaster Declaration remains the means to do so.”

In a separate brief, a coalition representing tenants, senior citizens, and low- and moderate-income consumers contended that the court ought to consider the impact on vulnerable Pennsylvanians of allowing for utility shutoffs and evictions during a pandemic.

A third brief came from the Keystone Research Center and Pennsylvania Budget and Policy Center, a left-leaning think tank that analyzes fiscal policy. That brief defended the Wolf administration’s response and asserted — based mostly on policy, rather than legal, grounds — a need for the administration to have ongoing flexibility to respond to COVID-19. 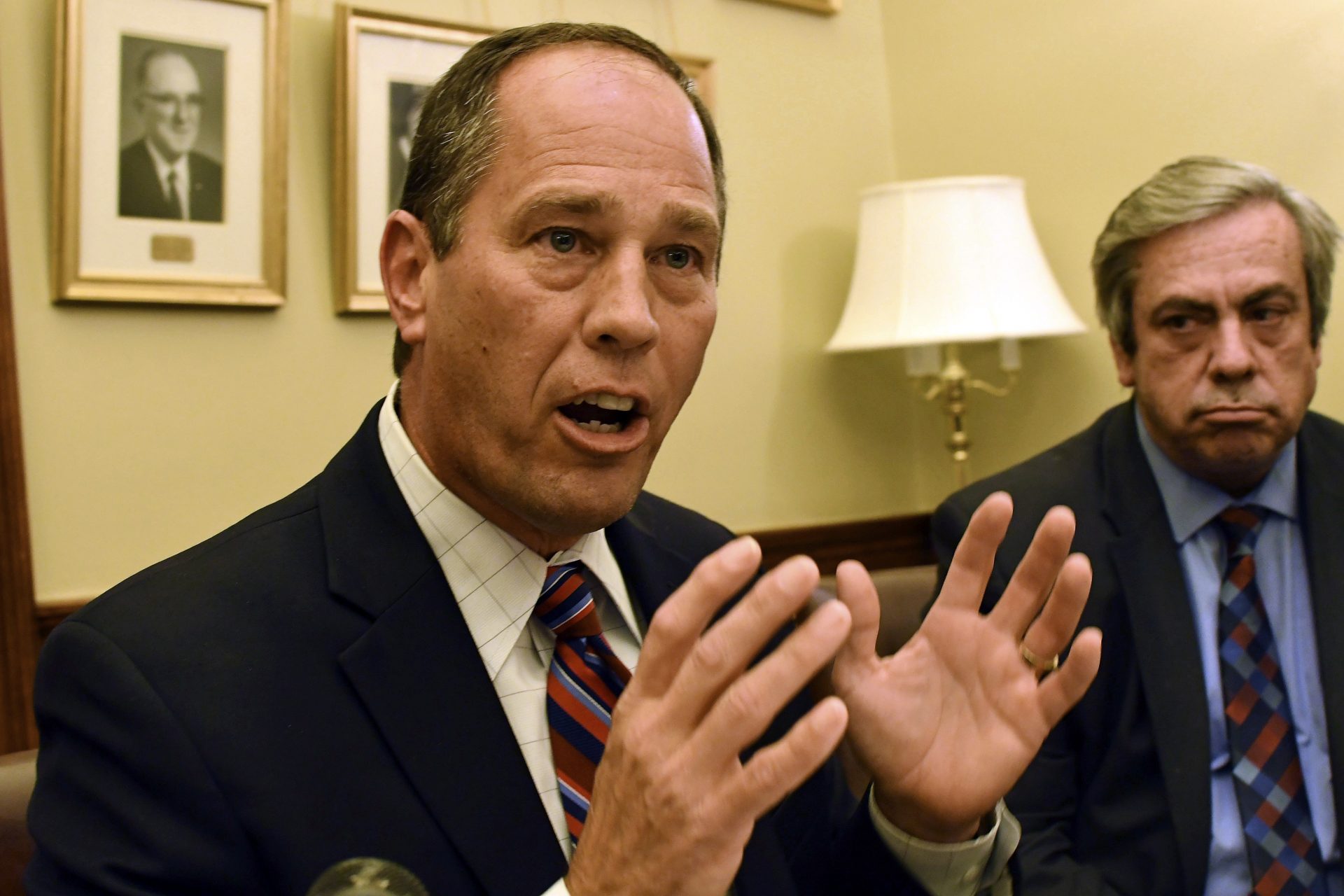 Finally, state House and Senate Democratic leadership filed a brief that asserted Corman and Senate President Pro Tempore Joe Scarnati (R-Jefferson) lack the standing to represent the legislature’s institutional interests because they do not represent a veto-proof legislative majority in both chambers. They cited a federal case to support that suggestion, though not one in which senators asked the court to implement an action on which the body had already affirmatively voted.

In a reply brief, Corman and Scarnati wrote, “To the extent the [Democratic leaders] are claiming the General Assembly as a whole has not spoken at all, they are quite incorrect: a majority of the Legislature has definitively demanded that Governor Wolf fulfill his mandatory duty under [the Emergencies Act].”

A new question of severability and the path forward

Corman and Scarnati also, for the first time, raised the question of whether an unconstitutional part of a statute means that the entire statute is unconstitutional, or whether what the legislature hoped to achieve with the law can be accomplished without the unconstitutional provision, a concept known as severability.

If the court buys the governor’s argument that the statute is unconstitutional because it does not require that the legislature presents its resolution terminating the declaration to the governor for approval, then the entire statute must be unconstitutional because, without that provision, the legislature never would have passed the law, Republicans contend.

Because they contend the statute clearly does not require the resolution to be presented to the governor, Republicans say the court has two options: accept their argument that the resolution does not need to be presented to the governor, or rule the statute’s provision that circumvents the governor unconstitutional, which would require ruling the entire statute unconstitutional since the legislature would not have passed it without that provision. If the court rules the entire statute unconstitutional, a governor would lose the ability to declare emergencies, whether for a pandemic or a hurricane, entirely unless the legislature were to pass and the governor were to sign a new law.

Duquesne University Professor of Law Bruce Ledewitz, who directs the law school’s website on the Pennsylvania Constitution, said the Republicans’ argument makes sense on its face, but he anticipates the high court will consider the practical implications of striking down the entire concept of gubernatorial emergency powers and be reluctant to take that step.

“As a practical matter, I think a court would find it severable,” said Ledewitz shortly after the original filing. “And the reason is, because otherwise, it would be open season — there would be no authority for the governor to issue any orders at all to deal with a pandemic.”