A bill advancing in the state House would require some department-to-department disclosure of discipline records during the hiring process for a police officer.

(Harrisburg) — With some states taking a fresh look at strengthening measures to hold police officers accountable, lawmakers in Pennsylvania are being urged to join states that make police department records of discipline accessible to the public.

Thus far, no such legislation is part of a reform package put forward by Democratic lawmakers, and a bill advancing in the House of Representatives would require some department-to-department disclosure of discipline records during the hiring process for a police officer.

But, it would leave those records out of the public’s reach in Pennsylvania, and the state’s largest police unions are against making those records public. 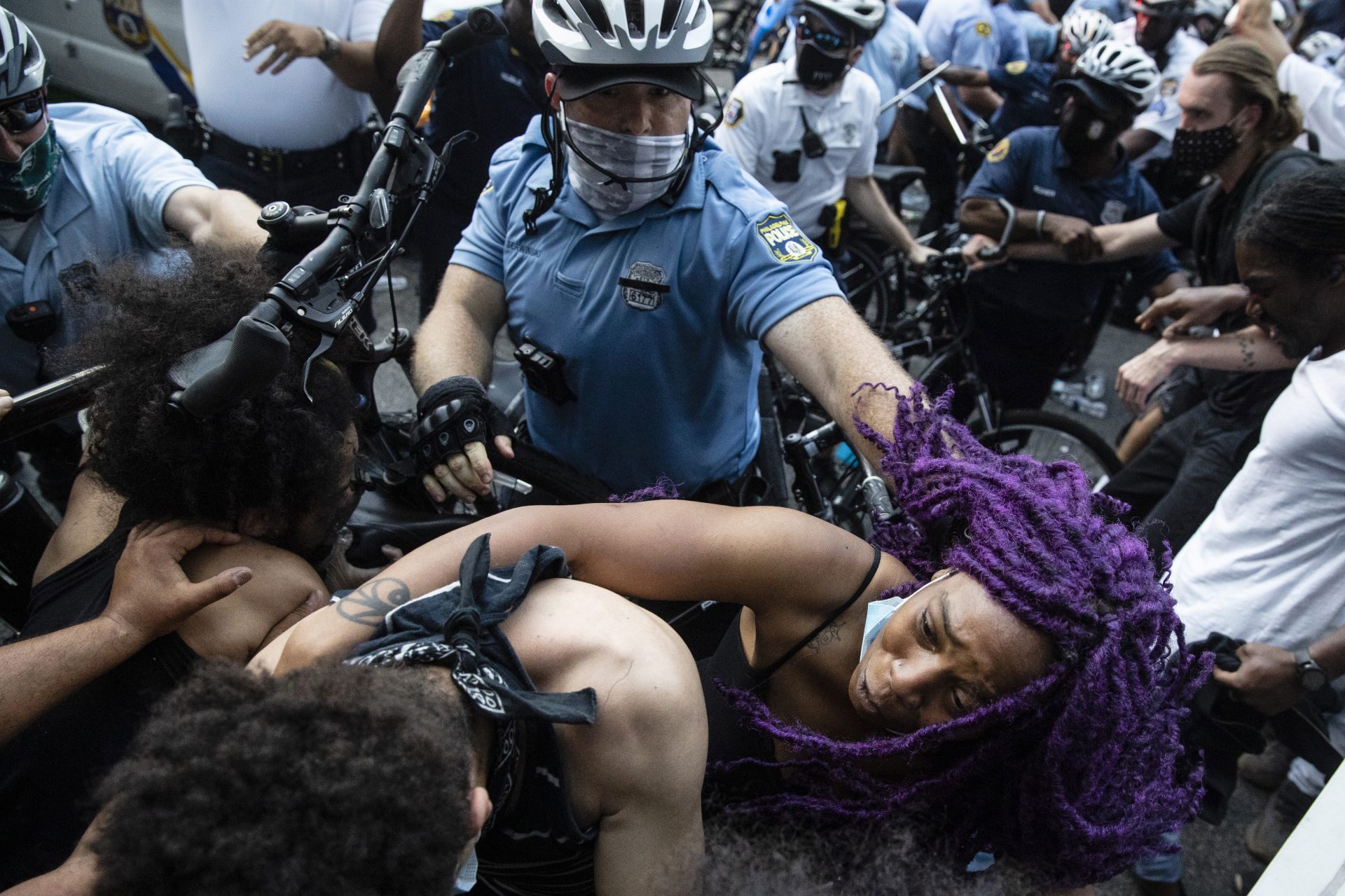 Police and protesters clash Saturday, May 30, 2020, in Philadelphia, during a demonstration over the death of George Floyd, a black man who was in police custody in Minneapolis. Floyd died after being restrained by Minneapolis police officers on Memorial Day.

Kenneth L. Huston, president of the Pennsylvania state conference of the NAACP, said his organization supports making police disciplinary records public so that people know the records of the officers who are policing them.

Amid protests over George Floyd’s killing in Minneapolis, members of the Legislative Black Caucus in Pennsylvania’s Legislature have pushed majority Republicans to hold votes on police reform bills that have languished since an officer fatally shot Antwon Rose in 2018 in East Pittsburgh.