This combination image shows Kim Stringer when she was about 20 years old (left) and at age 27 (right). She was diagnosed with bipolar disorder in high school. She hasn't taken medication or seen a psychiatrist in years. 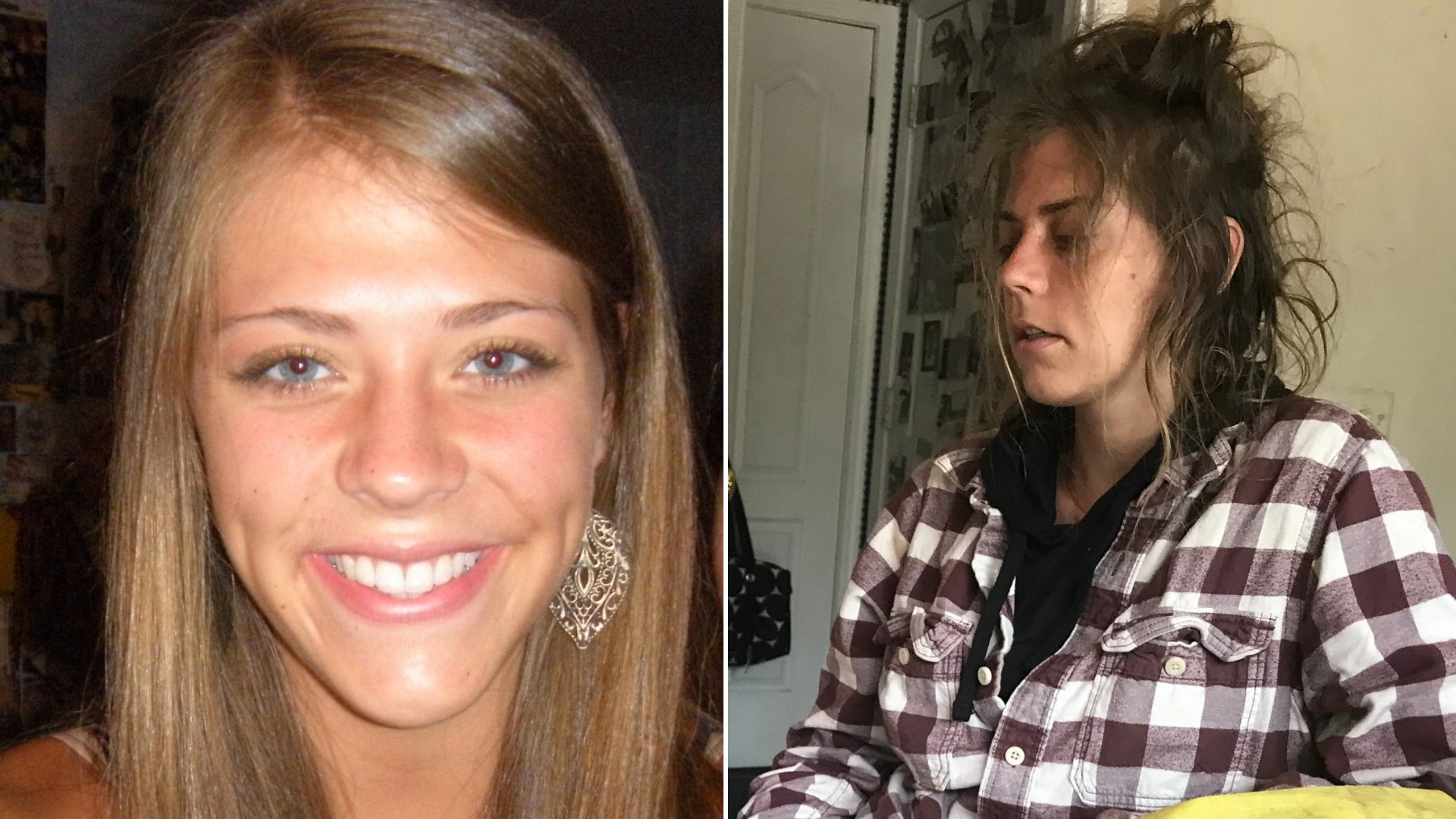 This combination image shows Kim Stringer when she was about 20 years old (left) and at age 27 (right). She was diagnosed with bipolar disorder in high school. She hasn't taken medication or seen a psychiatrist in years.

(Norristown) — A woman with a serious mental illness was removed from Bucks County Correctional Facility and placed at Norristown state psychiatric hospital, five days after three inmates raised alarms about what they said were unsafe conditions and potential mistreatment by corrections officers.

Kimberly Stringer, who lives with borderline personality disorder and bipolar disorder, landed in jail after she was charged with simple assault, harassment and terroristic threats April 14. She spent two months in the county jail, where three inmates say she was left to sit naked in her own excrement for weeks without a shower.

Two inmates said Stringer was held down and pepper sprayed or maced by corrections officers. Bucks County Commissioner Diane Ellis-Marseglia and District Attorney Matt Weintraub have said they are working to determine whether that happened.

witf · After inmates speak out, woman with mental illness gets help

WITF Transforming Health profiled Kimberly Stringer in July 2019 as part of a series on problems with mental health services in Pennsylvania. An inmate’s mother found the story online and contacted WITF on Friday.

On Monday, WITF published this story, leading to broad public outcry and an online petition to remove Stringer from jail and reform the prison system. By Wednesday, Stringer was moved to Norristown.

“It makes me sad — that was my motivation,” said District Attorney Weintraub, who was alerted to the story Monday and worked with others to get Stringer moved to the state hospital. “How did we get here? And it’s a problem we see a lot.”

Ideally, Stringer never would have been in jail, he said, but there is a widespread shortage of mental health resources.

“I would say that the major impediment was, no bed, and that’s almost always the issue,” Weintraub said. “If we could get some beds paid for, we could avoid a lot of these problems, and a lot of them would not be exacerbated, which is what happened in this case.” 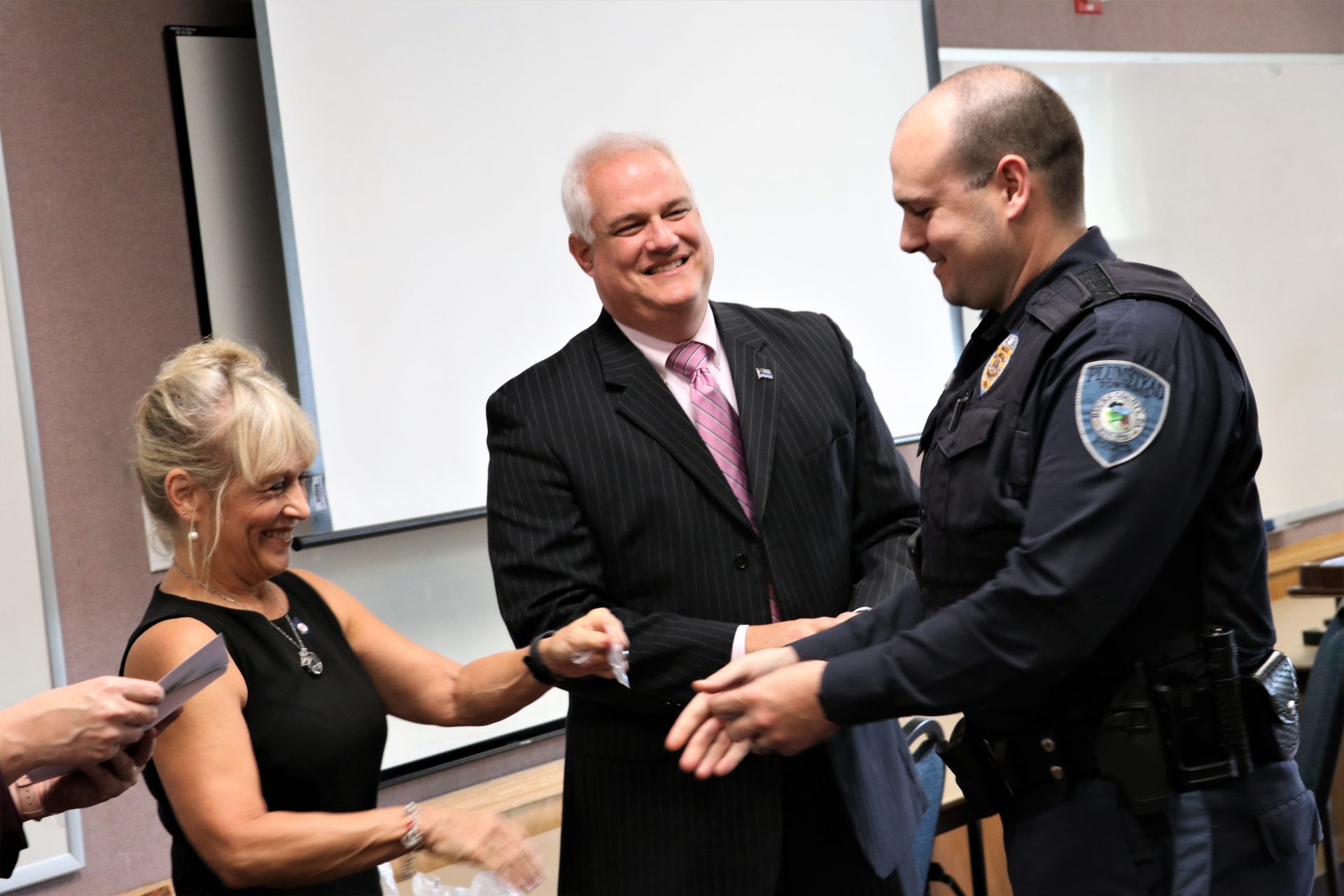 In this undated photo, a police officer at Crisis Intervention Training stands next to District Attorney Matt Weintraub, at center, and Commissioner Diane Ellis-Marseglia, at left. Weintraub says about half of all Bucks County police officers have completed the training.

Had police taken Stringer to the hospital for involuntary commitment, rather than charging her with a crime, she could have gotten help much sooner, and Weintraub said he has pushed for all police in Bucks County to take a 40-hour crisis intervention training course. About half of all police in the county have done so since he started the initiative, he said.

Falls Township police did not respond to a request to learn whether the officer who arrested Stringer had received such training.

Weintraub noted that Stringer still faces charges, but he may dismiss them, calling it “equitable justice.”

Kimberly’s mother Martha Stringer said she and her husband are able to communicate with state health workers to get updates on their daughter, something they did not get while she was in jail.

She said their daughter is “catatonic” after two months in jail, and they’re praying that her condition improves with proper treatment.

“It’s not at all the way she went in,” Stringer said. “She went in unwell. She came out much, much worse.”