Weekly reports released by the Department of Health are consistently missing data for more than 100 of the state’s 693 nursing homes.

These collaboratives will be tasked with implementing best practices for infection control and expanding testing “to include asymptomatic staff and residents," a critical need. 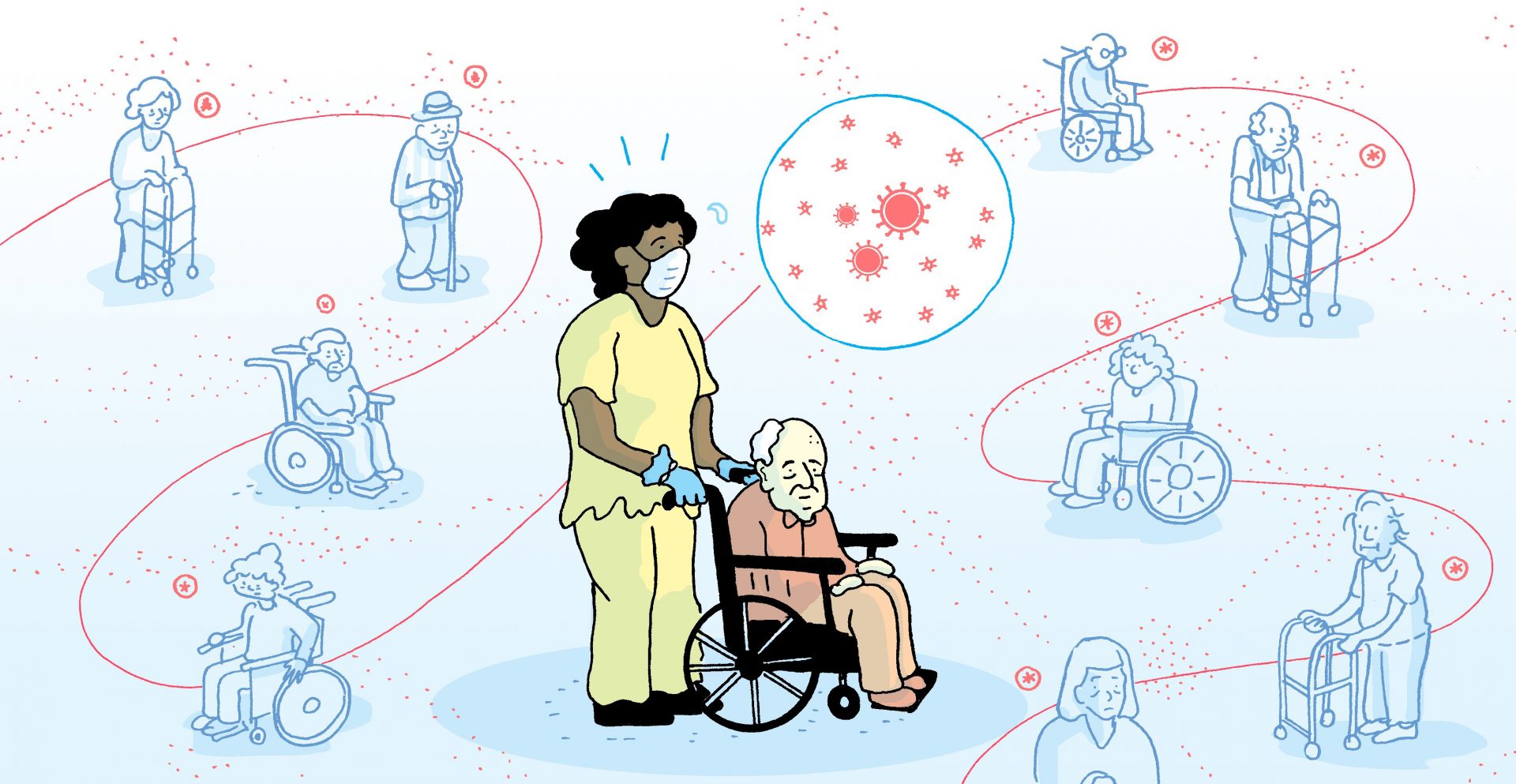 Weekly reports released by the Department of Health are consistently missing data for more than 100 of the state’s 693 nursing homes. The Wolf administration has been criticized for its slow response to the coronavirus in Pennsylvania nursing homes, and is only now mandating universal testing.

HARRISBURG — Pennsylvania will soon dole out $175 million to health systems across the state to lead the COVID-19 response inside nursing and personal care homes, many of which have been ravaged by the coronavirus.

The plan to outsource testing and infection control was drafted by former House Speaker Mike Turzai (R-Allegheny) in consultation with the University of Pittsburgh Medical Center months after the virus began tearing through these facilities.

Turzai previously told Spotlight PA the state “should have been consulting with these experts right from the beginning.”

Approved in late May by lawmakers and signed by Gov. Tom Wolf, the plan is set to become reality in July, backed by federal stimulus dollars.

At the same time, the Department of Health announced this week it has paid a Montgomery County staffing agency $1 million to hire and deploy small teams of health-care workers to provide additional support and consultation at homes most in need.

The announcement is the latest in the state’s piecemeal effort to assist long-term-care homes, where more than 4,300 people have died of COVID-19. While state officials have repeatedly defended their response to the outbreak, providers, advocates, and lawmakers have questioned whether it was robust and fast enough.

Under Turzai’s plan, the Department of Human Services will approve six regional “health collaboratives,” defined in a request for proposals as a “collaboration of at least one local health system in coordination with other local and state governmental agencies.”

These collaboratives will be tasked with implementing best practices for infection control and expanding testing “to include asymptomatic staff and residents,” a crucial need to keep employees with no visible signs of illness from infecting residents.

The Department of Health in mid-May unveiled what it called universal testing for long-term-care facilities, but subsequent reporting by Spotlight PA noted that it applied only to nursing homes and was not mandated. As a result, only a small number of facilities complied.

The state has since released updated guidance and said it will require every nursing home to test all residents and staff members once by July 24. The Department of Health said it will work with human services officials to issue a similar mandate for other long-term-care facilities.

Representatives from the Pennsylvania Health Care Association and LeadingAge PA, two provider organizations, both said they don’t care about who leads the testing effort, as long as it happens.

“I think executing a comprehensive plan for testing and how it will be administered is more critical than the who,” said Anne Henry, chief of government affairs for LeadingAge PA, which represents more than 365 nonprofit nursing homes.

The health collaboratives will also be required to launch rapid response teams made up of medical professionals to identify and control outbreaks, supplement staffing, and provide personal protective equipment like masks and gloves.

The idea is similar to a Department of Health plan from early March to deploy quick strike teams to assess homes with COVID-19 cases and create a response plan. As Spotlight PA reported, the plan was never fully implemented.

Instead, the department hired an outside organization to do phone consultations while the National Guard was sent in to just over two dozen struggling homes to provide staffing support. Teams from the Centers for Disease Control and Prevention also visited 10 long-term-care facilities in Pennsylvania to temporarily provide additional services.

Statewide, there are roughly 1,900 long-term-care facilities including nearly 700 nursing homes.

The Department of Human Services, meanwhile, says the new health collaboratives are based on its existing Educational Support and Clinical Coaching Program, a volunteer network of seven health systems that provide guidance and educational support to personal care homes and assisted living facilities.

These health systems — including UPMC, the University of Pennsylvania, and Penn State Hershey Medical Center — are tasked with making contact with each facility in their region, answering questions, and ensuring compliance with CDC guidelines to prevent or contain an infectious outbreak.

Nicole Osevala, a geriatric medicine specialist at Penn State-Hershey, said the health system’s involvement has been an “all hands on deck” effort. Her team includes 15 clinicians and 32 medical students to cover roughly 220 facilities in the south-central region.

Though the team has not worked in-person due to social distancing guidelines, its members were on calls with facilities every weeknight for the month of April, and have since moved to following up with facilities and answering their questions three nights per week. Osevala said one of the most significant parts of her team’s work is helping facilities apply broad guidance and interpret what it means. Since many facilities do not have their own medical director, the program played an important role, she said.

“This has been devastating,” Osevala said of COVID-19′s impact on care facilities. “Academic centers in particular are well positioned with our expertise.”

Each health system’s participation in the existing program is on a volunteer basis. The health collaboratives, once designated, will receive a portion of $175 million based on how many facilities and residents are in their region.

Grantees will be required to submit monthly expenditure reports, while the department will withhold 12% of each contract as part of an incentive program for meeting testing and other goals.

Zach Shamberg, president and CEO of the Pennsylvania Health Care Association, which represents 400 care and senior service providers, said he’s pleased with the plan, but added that he’s still asking for many of the same items he sought when the pandemic started. He said he continues to push for better collaboration with state government, the prioritization of personal protective equipment, and access to testing supplies.

He’s hopeful General Healthcare Resources, a staffing agency whose contract with the state began June 1, will provide some “desperately” needed support. Shamberg said he learned of the plan Monday, the day it was announced publicly.

Mike Dunagan, a spokesperson for General Healthcare Resources, said the company’s partnership with the state began on June 4 with training classes. He said the group has deployed 60 people to nine homes in the past two weeks and is continuing to recruit.

According to the company’s bid to provide services to the state, dated May 25, it handled staffing at Temple University’s Liacouras Center surge hospital in Philadelphia and supplied nurses to do antibody testing for Chester County’s emergency services department.

As states reopen, do they have the workforce they need to stop coronavirus outbreaks?