Inside Pa.’s Latino communities, a frank discussion of race and prejudice

“One thing Afro-Latino people have to deal with is being told by others that they aren’t really Latino, which is ignorant and a terrible thing to say.” 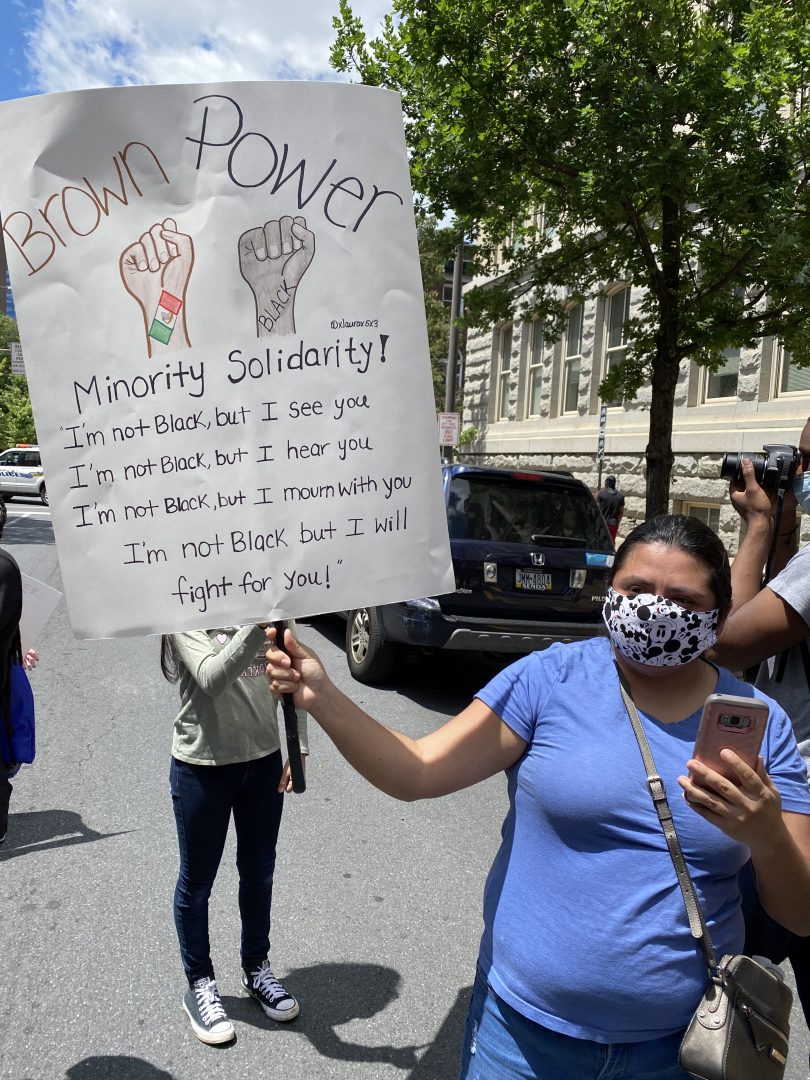 “There’s one thing Latinx people like to do, Dominicans included, is to be anti-Black,” Uribe said quickly in the heat of discussion. “So let’s not front, everybody’s talking shit about Black people all the time; moms, dads, uncles, tias and primas say all kinds of wild shit and we don’t say anything, we let it happen and we think that it’s normal.”

Uribe, a Philadelphia attorney and child advocate, vented on a recent episode of the Bag Ladiez podcast she co-hosts with Cinthia Pimentel. Uribe said the Latino community can evolve in this moment when national attention is focused on Black lives, but only if Latinos stamp out racist behavior within their own community.

“What are we going to do? Because it’s up to us, we know better,” Uribe said. “So, we have to teach them to do better.”

The #BlackLivesMatter movement is a seminal moment for Latino communities that have their own histories of confronting white supremacy. Nearly a quarter of Latinos in the United States identify as a Afro-Latinos, directly acknowledging their African ancestry. For this group within a group, it’s well-known that anti-Black sentiments abound inside Latino culture.

“When [Latinos] hear ‘Black,’ they’re like, ‘No, no, no. I’m not that Black, though,’” said Marquise Davon Richards, of Philadelphia. “So, there’s a weird distancing that happens.”

Richards is the creator and a host of the Dear Reading podcast, which recently held a well-attended virtual town hall on Blackness, focusing on anti-Black discrimination in the Latino-majority city of Reading.

A.K. Sandoval-Strausz, director of Latina/o Studies at Penn State University, said many Latinos in the United States hold an array of racist ideas that, perhaps ironically, comes from the fact that Latinos are a multicultural ethnic group. “There are very different kinds of racism that exist in the United States context and in the Latin American context, and I think we need to recognize that anti-Black attitudes among Latinos may draw on one or both of these,” Sandoval-Strausz said. “One thing Afro-Latino people have to deal with is being told by others that they aren’t really Latino, which is ignorant and a terrible thing to say.”

Richards, who is half Puerto Rican, has attempted to dissect the erasure of Black Latinos on his solo podcast, This American Negro. He noted many mainstream Latino stars are very white-looking.

This is a theme that is present even in Spanish-language TV, according to Sandoval-Strausz, with the exception of lower-class characters usually being played by actors who look more Black or Native American.

Ruby Mora, a writer living in Reading, recently published an essay that she hoped would get people in her community to examine their own racism.

“[H]ow can we support the Black community when we are still promoting anti-Blackness and colorism within our own?” she wrote in the online publication The Mujerista.

In the article, Mora asks readers to question family members’ and friends’ beliefs about what “makes la raza better.”

“Mejorando la raza, the idea of ‘improving the race,’ the idea of marrying somebody more European or lighter-skinned than yourself,” Sandoval-Strausz said. “This was not something whispered in private, people’s parents would say that to them in public.”

This mentality has long-term effects on Latinos’ perceptions of race, he said.

“Racism and racisms are endemic to Latin America; so, right now we’re talking about anti-Blackness but we should remember that anti-Indigenous ant-Indian attitudes are very common,” Sandoval-Strausz said. “The sense of what is beautiful and what is ugly is absolutely imbued with white supremacy at every level.”

Amaury Abreu, a social media advertising consultant in Lebanon, said he experienced certain privileges for being light-skinned while growing up in the Dominican Republic.

Dominicans have an especially complicated relationship with anti-Blackness. The Dominican Republic and Haiti share an island only slightly bigger than half of Pennsylvania. A common epithet in the Dominican Republic is to call someone Haitiano, or simply Haitian. Using skin lightening creams is also common with Dominicans.

At June 4 protests in Lebanon, Abreu addressed protestors with a message of unity. He said he shared the message of solidarity because he knows the privileges he’s had because of his appearance. But he said he also has learned the challenges of being a minority in the United States.

Latina woman said #GeorgeFloyd called out for his momma, to all mommas pic.twitter.com/sWbfWB0kYz

Entrepreneur and activist Vic Laboy was an organizer of two Black Lives Matter protests in Allentown earlier this month.

Laboy, who is of Puerto Rican descent, said he has not witnessed a great divide among Latinos and Black people. After Laboy and others organized the protests, Laboy said he saw some lines of division from his fellow Latinos. He said those comment arise from a lack of understanding of the roots of slavery and native genocide.

“I deal with certain situations too when Puerto Ricans will reach out and say ‘hey, I know you’re doing that for this community but what about us,’” Laboy said. “They don’t even know that I’m also doing this for us simultaneously and a lot of that, like I said, has to do with lack of knowledge of our history.”

Michael Toledo, president and CEO of Centro, spoke on the Latino community’s responsibility to fight for social justice for Black people. He, too, cited a culture of white supremacy as a connecting factor between the two communities.

“We can no longer be silent, we can not stand aside,” Toledo said. “Latinos do not just empathize with the Black community, we identify with them. While our histories are different we share many of the same injustices and the same dreams for the future.”