The Deferred Action for Childhood Arrivals program protects about 5,000 immigrants in Pennsylvania. 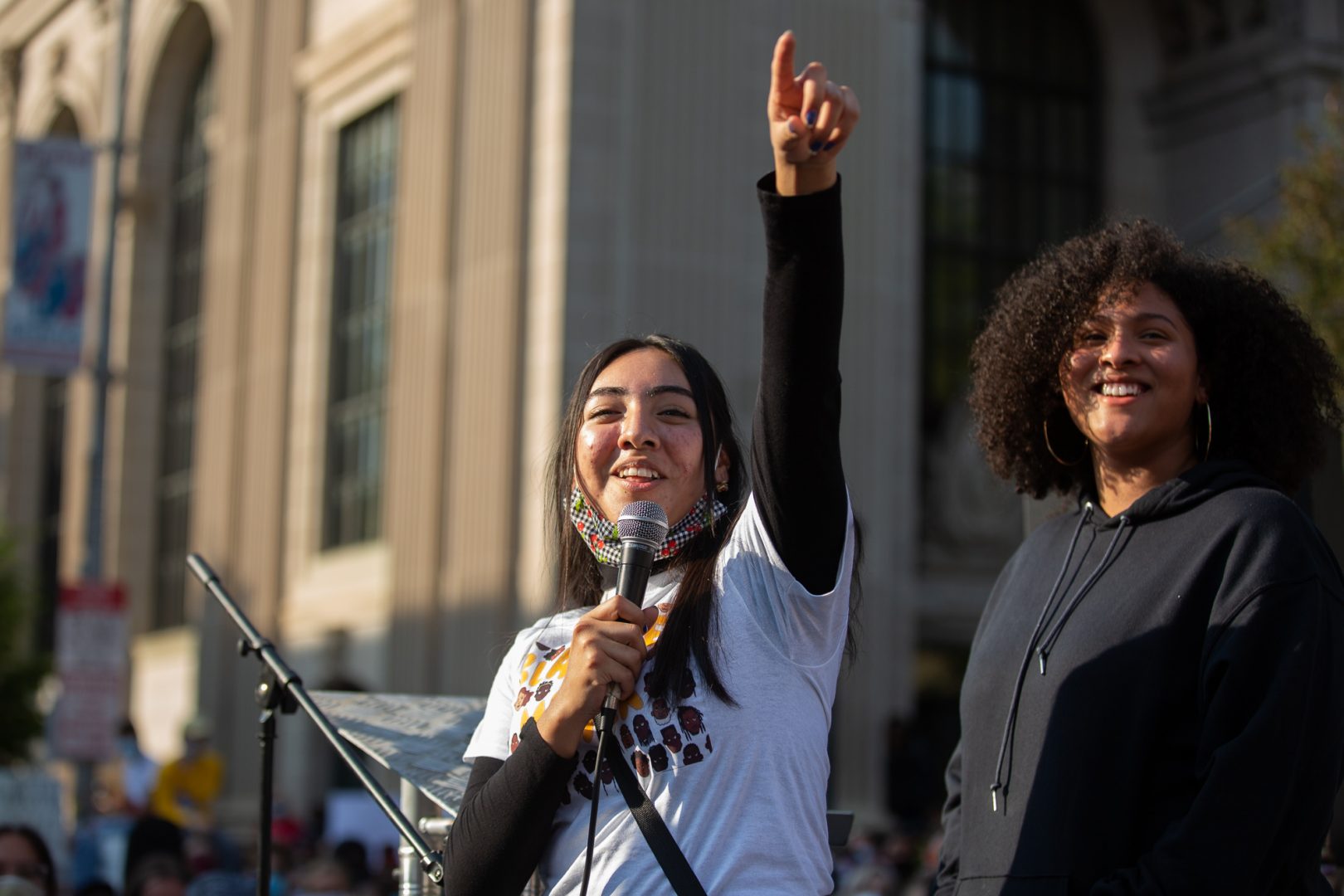 It was a little more than two weeks before her 15th birthday, the minimum age to apply for the Deferred Action for Childhood Arrivals (DACA) program for young undocumented immigrants.

September 5, 2017, was also the day the Trump administration moved to end the Obama-era program that extended protections to undocumented children brought to the United States by their parents or guardians. President Trump’s order meant that no new applications would be accepted.

Morales’s mom broke the news to her daughter.

“[The car ride] was silent; I remember I was crying and I was in the passenger seat with my mom,” Morales said. “We were worried about what would happen with me and thousands of other kids, teenagers and even adults that had DACA that were still unsure what their future was going to be.”

Nearly three years later, Morales, now 17, said she was dazed by Thursday’s very different news — the U.S. Supreme Court ruling that the Trump administration had not given adequate justification for ending DACA.

“I’m in shock, like I can’t — I don’t think it has hit me yet,” said Morales, who originally hails from Mexico. “Because it has been such a long time that we’ve been fighting; it feels unreal.”

Morales said she has been a member of the immigrant advocacy and organizing group CASA since she was 14. In the fall, Morales will be a senior at Logos Academy. She is hopeful that with DACA protections she will be able to pursue criminal justice in higher education to study criminal justice.

Thaís Carrero, CASA’s Pennsylvania director, said the organization is waiting for the U.S. Citizenship and Immigration Services to put forth a process for how it will resume accepting DACA applications.

Carlos Adolfo Gonzalez Sierra, 29, said he could not have obtained his education without DACA.

“DACA really in no small way changed my life because it allowed me to live without fear, it gave me a sense of normalcy, I was able to get a job after college,” said Gonzalez Sierra, who is simultaneously studying law at Harvard Law School and public policy at the John F. Kennedy School of Government at Harvard University.

“I was able to pursue higher education, afterwards I was able to see the world outside of the United States and then eventually come back and work on issues that matter to me and my community for many years.” Gonzalez Sierra, who obtained DACA status shortly after the program began in 2012, has a number of academic achievements under his belt, including serving on Gov. Tom Wolf’s advisory commission on Latino affairs.

Though studying in Cambridge, Mass., Gonzalez Sierra still calls Lancaster home base. He is one of the commonwealth’s 4,560 DACA recipients as of 2019, according to USCIS.

He said the Supreme Court decision, coupled with the LGBTQ employment discrimination decision earlier this week, are reasons to be joyous for the moment at least.

Carrero, Morales and Gonzalez Sierra said they were very surprised by the court’s decisions, noting the conservative majority.

“It’s a time to celebrate now,” Gonzalez Sierra said. “Ultimately for our community, what we need is a pathway to citizenship. So let’s celebrate today and let’s continue to organize and advocate for what we really need, which is a permanent solution for not only DACA recipients but for 11 million undocumented people in this country.”

Carrero said she and CASA are celebrating but keeping their eyes on the future.

“What we expect in the future and with the help of today’s decision is to continue to build momentum to make sure that we pass comprehensive immigration reform at the federal level,” Carrero said.