Three women listen to a speaker at the Black Lives Matter rally in Lancaster, Pa., on June 2, 2020. Police blocked traffic on a portion of W. Chestnut St. in downtown to accommodate the peaceful protest.

“It goes back to the three tenets of what we’re talking about: training, transparency, and accountability.” 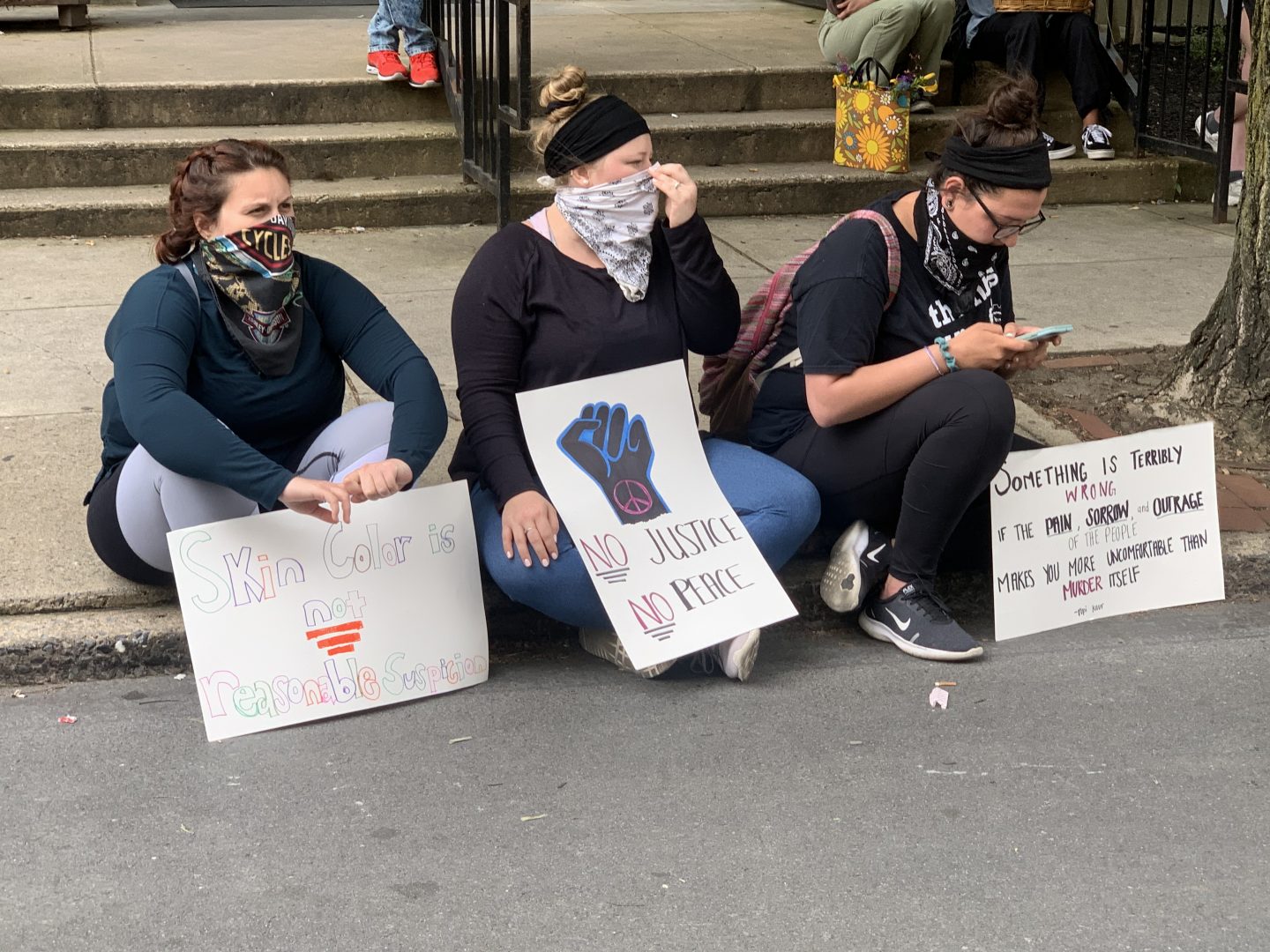 Three women listen to a speaker at the Black Lives Matter rally in Lancaster, Pa., on June 2, 2020. Police blocked traffic on a portion of W. Chestnut St. in downtown to accommodate the peaceful protest.

(Sunbury) — A Republican congressman is meeting with law enforcement in his midstate district to discuss their views on police reform. The first focused mainly on what Sunbury’s department is already doing and how the federal government could help.

Congressman Fred Keller spoke with state and community leaders in the Northumberland County city about funding for accreditation, officer training, and body cameras.

Sunbury’s police chief and another officer explained the department is going through an accreditation process that requires it to meet standards set by the Pennsylvania Chiefs of Police Association.

“It goes back to the three tenets of what we’re talking about: training, transparency, and accountability,” he said.

He said the killing of George Floyd was a tragedy.

“What happened and probably brought this discussion to the forefront is some bad actors in Minneapolis that need to be held accountable,” he said. “But the discussion we’re going to have, the legislation we’re going to work on, I’m committed to making sure that I know how the people of PA-12 feel about that.”

A pastor spoke briefly, but Keller’s staff said no other members of the public took part.

On June 2, Shai Alvarez led a protest​ in Sunbury against police brutality. She said the city police were supportive, but added she has seen officers treat her friends who are black men differently.

“When something goes wrong or there’s like a fight or something, that’s the first people they’ll go to. Like, ‘Were you involved in this?’” she said.

At the next protest, she said participants would be invited to tell their stories.

Frank Manzano of Milton has been coordinating rallies around the area, first in Milton and Mifflinburg. He and five of his friends formed the group, ‘If Not Us, Then Who.’

The group supports cutting departments’ budget by 10 percent to put money into other services. They are also advocating for eight policy changes to change use of force policies, echoing a national campaign called ”.

Other policies in the campaign include reporting all uses of force and obligating officers to intervene when others are engaged in misconduct.

Sunbury’s police chief explained the department’s use of force procedure in a recent public meeting. The Daily Item reported, the department is planning to set up a Citizens Advisory Board to receive more input from the community.

This past Saturday, Alvarez and others protested again in Sunbury. The same day, Manzano’s group partnered with climate activists to hold a demonstration in Lewisburg.