Marianne Mondt of Philadelphia waves a flag during a rally at City Hall to celebrate a court victory over Pennsylvania's ban on gay marriage.

"It’s still definitely an act of intimidation and it can escalate to crime.” 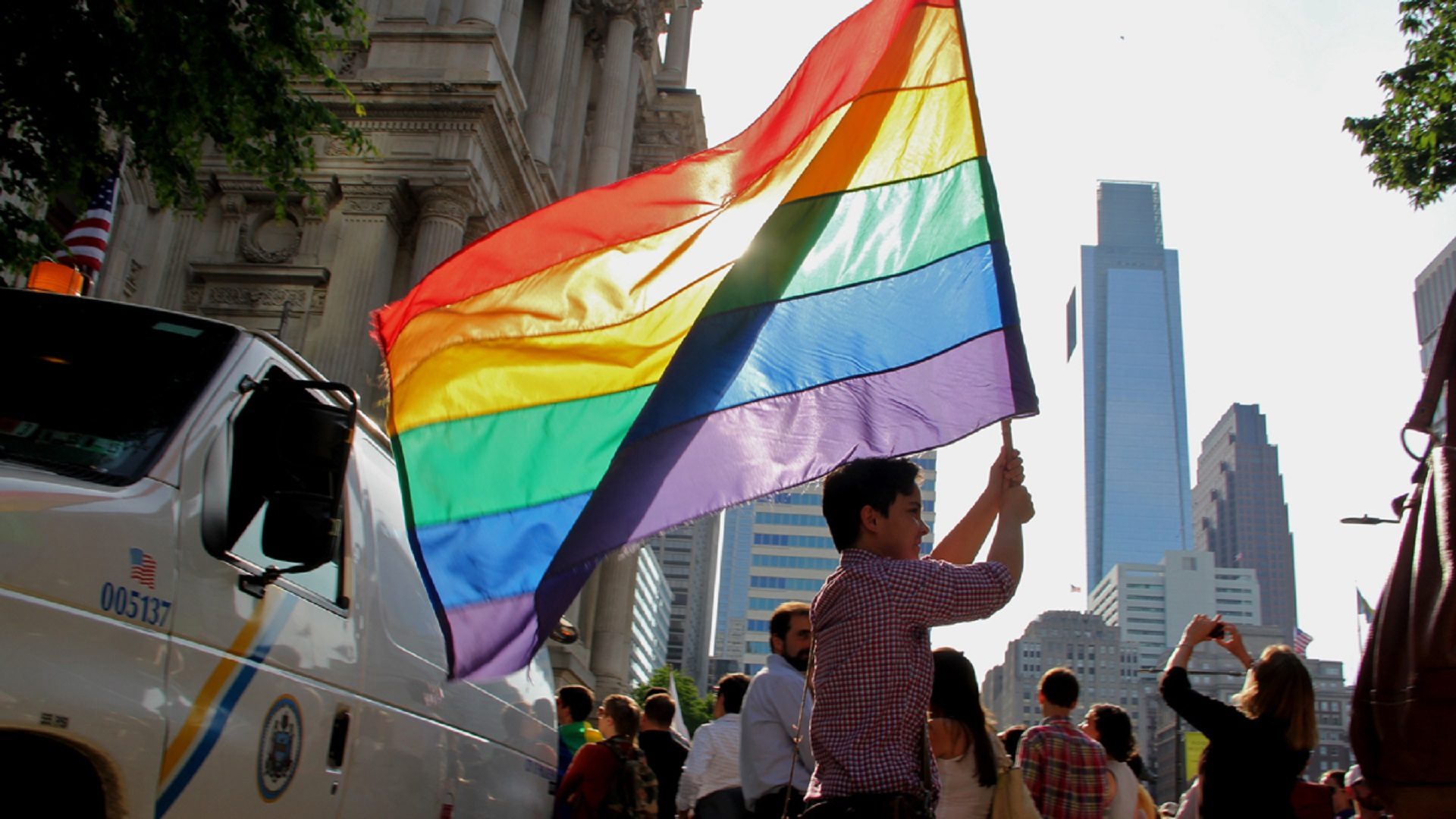 Marianne Mondt of Philadelphia waves a flag during a rally at City Hall to celebrate a court victory over Pennsylvania's ban on gay marriage.

(Reading) — June is pride month, and many LGBT advocacy groups are finding ways to celebrate remotely. Many are also supporting efforts to call out systemic racism and white supremacy after the killing of George Floyd in Minneapolis.

Organizations in Reading are talking about how to respond to hate after a recent incident at the LGBT Center of Greater Reading.

Michelle Dech arrived at the LGBT Center office May 29 and found a flyer with some political writing on it and the name of an organization she did not recognize. She Googled the name and quickly discovered it belongs to a white supremacist group. She said the distribution of flyers like these happens on college campuses and at resource centers and even homes.

“We don’t think much of it, this is just junk mail, we throw it in the trash. But it’s really important that we take a minute and take a good look at it,” she said. “And if you have to, do the Google search like I had to and report it.”

She said although posting the flyers is not a crime, “it’s still definitely an act of intimidation and it can escalate to crime.”

The Center and other groups hosted an online workshop about fighting hate in Reading by reporting such incidents to local police departments, Human Relations Commissions in cities where they exist, and the Anti-Defamation League.

The ADL reports that individuals linked to hate groups are increasingly using flyers as a recruitment strategy. The number of flyers discovered and attributed to white supremacist groups nearly doubled in 2019 from the year before. When Dech told members of a network of LGBT centers what happened, some shared they have had the same experience.

Nearly 70 organizations in the Reading area and Democratic U.S. Senator Bob Casey, Jr. spoke out in support of the organization.

“We are resilient in the face of discrimination and oppression,” Dech said. “We’ve been fighting it all our lives. And this by no means is a tactic that will delay our mission in any way now.”

Reading planned to raise the pride flag at city hall on Friday evening and commemorate the shooting at Pulse Nightclub in Orlando that killed 49 people four years ago.

This year’s pride flag raising will be Reading’s second, Dech said. The mayor at the time, Wally Scott, sparked controversy last year when he canceled ​ plans to fly the flag at city hall. He changed his mind a week later.

Your daily coronavirus update: Dauphin and 7 more counties to move to green phase