Perry Square in Erie is named after a naval commander, Oliver Hazard Perry, who became a national hero for the defeat of British forces during the Battle of Lake Erie during the War of 1812.

Pa. Board of Education approves community college for Erie 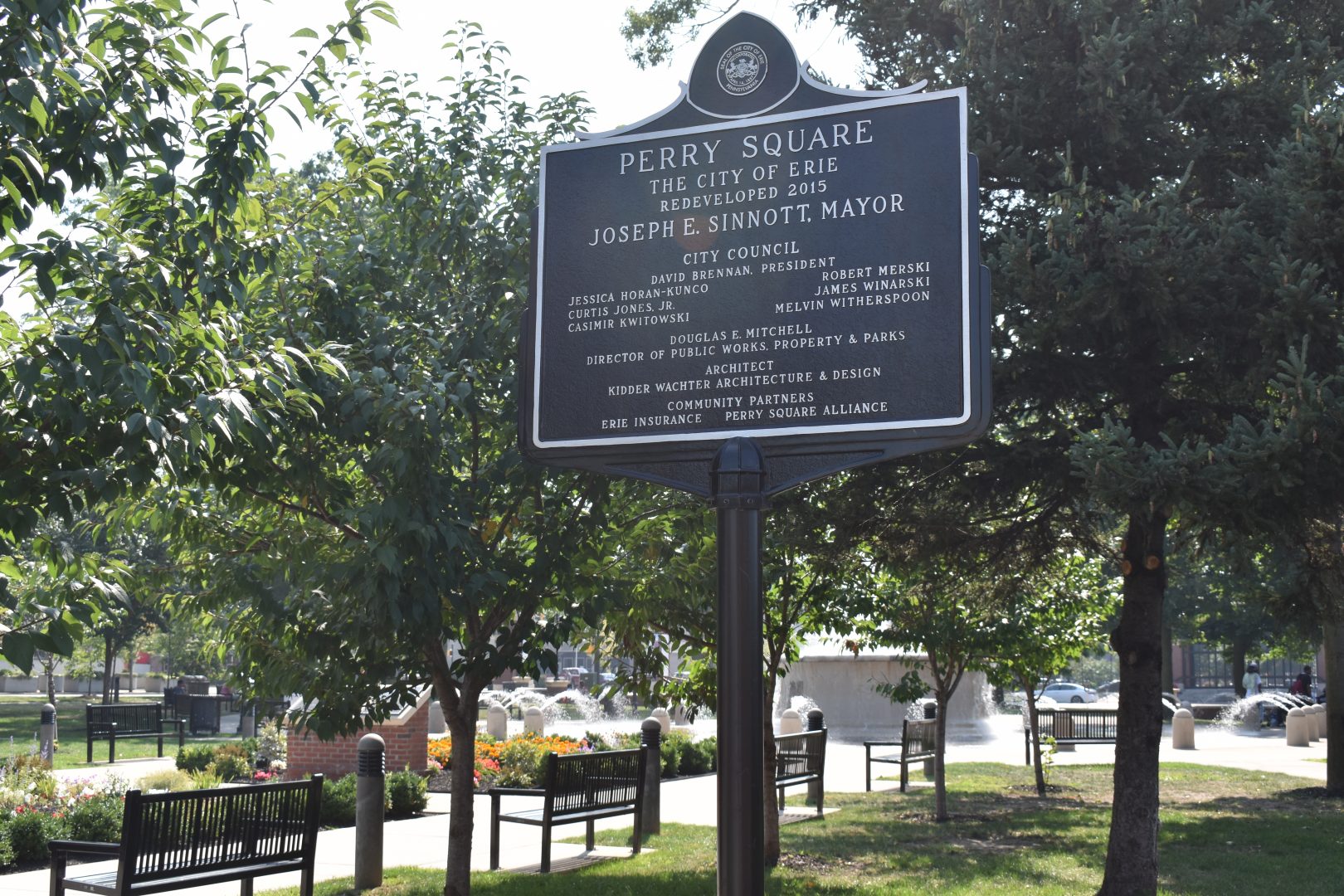 Perry Square in Erie is named after a naval commander, Oliver Hazard Perry, who became a national hero for the defeat of British forces during the Battle of Lake Erie during the War of 1812.

The state board of education on Thursday voted 9-6 to approve Erie County’s community college plan.

While the vote is not the final action for the board, it represents a clear show of support for the effort that has been years in the making.

Thursday’s vote followed two days of hearings during which Erie County’s application for a public community college was presented and where opponents had the chance to weigh in.

Erie County and the nonprofit Empower Erie urged the board to approve, while an attorney for Northern Pennsylvania Regional College and state Senate President Pro Tempore Joe Scarnati (R-Jefferson) offered evidence against the application. The regional college, which Scarnati helped create, serves students in nine counties.

The issue of how well the Northern Pennsylvania Regional College serves the area was a central question during the two-day hearing.

Near the end of the hearing, community college supporter Bishop Dwane Brock told the board that the regional college hasn’t done enough to reach out to African-American and Hispanic populations.

“I will stake my reputation on that,” Brock said. “Let’s get to the truth of the matter — not playing politics. This is a moral issue.”

“We are a start-up college,” Fleming said.

Fleming said the regional college, which was officially established in 2017, doesn’t own any buildings in Erie County but is in negotiations for a long-term lease in Erie.

The college receives state funding for its operations. The Pennsylvania budget includes a $7 million line item for it. But the school doesn’t rely on funding from local governments, unlike Erie’s proposed school.

Erie County’s plan would rely on a combination of funding from the state, taxes on gambling, support from the Erie Community Foundation and student tuition.

In late May, lawmakers in Harrisburg approved a budget plan for the state that says only community colleges that received money in the 2019-20 fiscal year can receive money for the upcoming fiscal year.

Kutz suggested that restriction was put in place by the Republicans who control the General Assembly in an attempt to stop Erie’s community college effort. But he said the county has the money to make the project work.

“We don’t care what shenanigans occurred … in the Appropriations Committee of the Senate, pulling an opportunity for funding this year,” Kutz said. “We’re ready to go.”

The board plans to hold a final vote at a future meeting, although it did not say when that will be. The final vote will occur after the board concludes a findings of fact report based on the two-day hearing.

Official decisions by the state board of education can be appealed to Commonwealth Court.

In a statement, Scarnati said he remained opposed to the plan.

“While I respect the Board’s 9-6 decision, this does not change my feelings that the Erie community college plan is unsustainable and will be a burden on Erie taxpayers,” he said.

Faith leaders come together to talk about racism in America