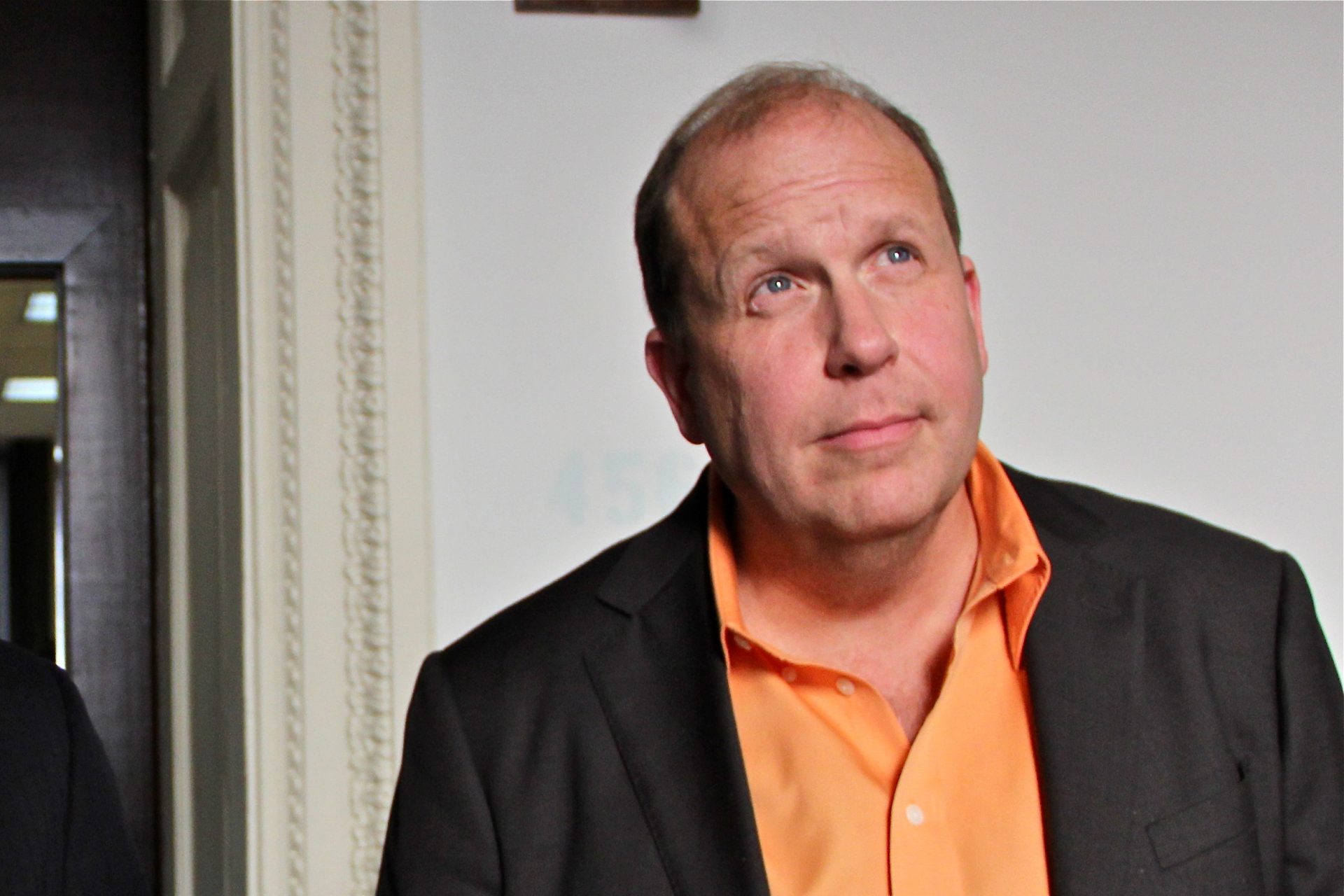 An embattled, longtime state senator who lost a high-profile primary race last week, is laying the groundwork to potentially take his one-time ally to court for defamation.

An attorney for state Sen. Daylin Leach began a civil action against Senate Democratic Leader Jay Costa for libel, slander and misrepresentation on June 4, two days after the primary election.

Leach has not yet filed a formal complaint. Reached via text, the Montgomery County Democrat said only that “if and when we file a complaint, it will speak for itself.”

His attorney, Joseph Podraza Jr., said he filed a writ of summons without a complaint because of a potential legal technicality: the statute of limitations on defamation claims. Pennsylvania law gives plaintiffs one year from the date that the defamation occurred, or was published, to begin a lawsuit.

Neither Leach nor Podraza confirmed what the potential suit was over. However, almost exactly a year ago, Costa and Leach had a well-publicized falling-out over the results of an independent probe the Senate commissioned to investigate harassment allegations against Leach.

The allegations first became public In late 2017, when the Philadelphia Inquirer ran a story that included accounts from several women who had worked with Leach on campaigns and in his office, who said he’d touched them in ways that made them uncomfortable and made sexual jokes they found inappropriate.

Leach has apologized for having made anyone uncomfortable, and said he never intended to do so.

About a year later, a different woman made an allegation that Leach strongly denies: that in 1991, when she was 17, Leach pressured her perform oral sex on him. At the time, he was an attorney defending her mother in an attempted homicide case.

Eckert Seamans, the law firm that the Senate later retained to investigate the various allegations about Leach, said in its official report that it couldn’t verify or disprove the sexual assault claim, and called several details into question.

It also looked into the harassment allegations, and concluded that Leach hadn’t violated any laws or caucus policy, but that some of his behavior has been “immature and unprofessional.”

An initial version of Eckert Seamans’s report was given to Senate Democrats before it was released to reporters or the general public, and it was subsequently revised to include more details about interactions Leach had with fellow senators that they said amounted to bullying and intimidation.

Leach, however, released a draft version of the initial report in July 2019 and said it exonerated him. Costa publicly rebutted that assessment, saying the report “in no way absolve[ed]” Leach.

“Senator Leach’s course of conduct created an unprofessional and sexualized environment,” Costa said in a statement at the time. “That should not be tolerated in any workplace; we will not tolerate it here. For this reason, I believe Sen. Leach should resign from the Senate.”

Costa reiterated that call when the Senate released the final version of the report months later.

“No member or employee should have to tolerate such unprofessional, inappropriate behavior in their workplace. Nor should they feel intimidated or bullied,” he said then.

He also effectively banned Leach from caucusing with the rest of the Senate Democrats.

In an interview shortly before the June 2 primary election, Leach also brought up his feelings about Costa’s handling of the harassment allegations against him — saying he thought the caucus leader had succumbed to pressure.

“Costa suggested that I was supposed to not caucus with them because he was being pressured by people and he had a primary,” Leach said. “I stayed in caucus for the next four or five caucuses, then Costa contacted me again and my staff and said, ‘Look, it doesn’t really matter … Until the primary is over, why don’t you be the bigger person and just avoid the situation?’”

The potential suit is being filed in Philadelphia Court of Common Pleas. Neither Leach nor Costa reside there — Leach lives in Montgomery County, Costa in Allegheny. Defamation suits, however, are filed in the jurisdiction where reputational damage occurred.

In Leach’s case, reports about harassment, other allegations and the Senate’s response were published statewide.

This is the latest of several defamation suits Leach has filed or considered filing related to the allegations.

He previously sued the Philadelphia Inquirer and one of its reporters for their stories about him. He also sued the woman who accused him of sexual assault, along with two activists who worked to publicize the claim. Those cases are working their way through the courts.