The state is set to dole out billions in coronavirus relief money, but rules around accountability and public transparency remain largely unwritten.

Rush to dole out billions in coronavirus relief dollars in Pa. could lead to waste, fraud

Many rules around public accountability and transparency remain unwritten, or lack requirements for a detailed accounting of how the money was spent. 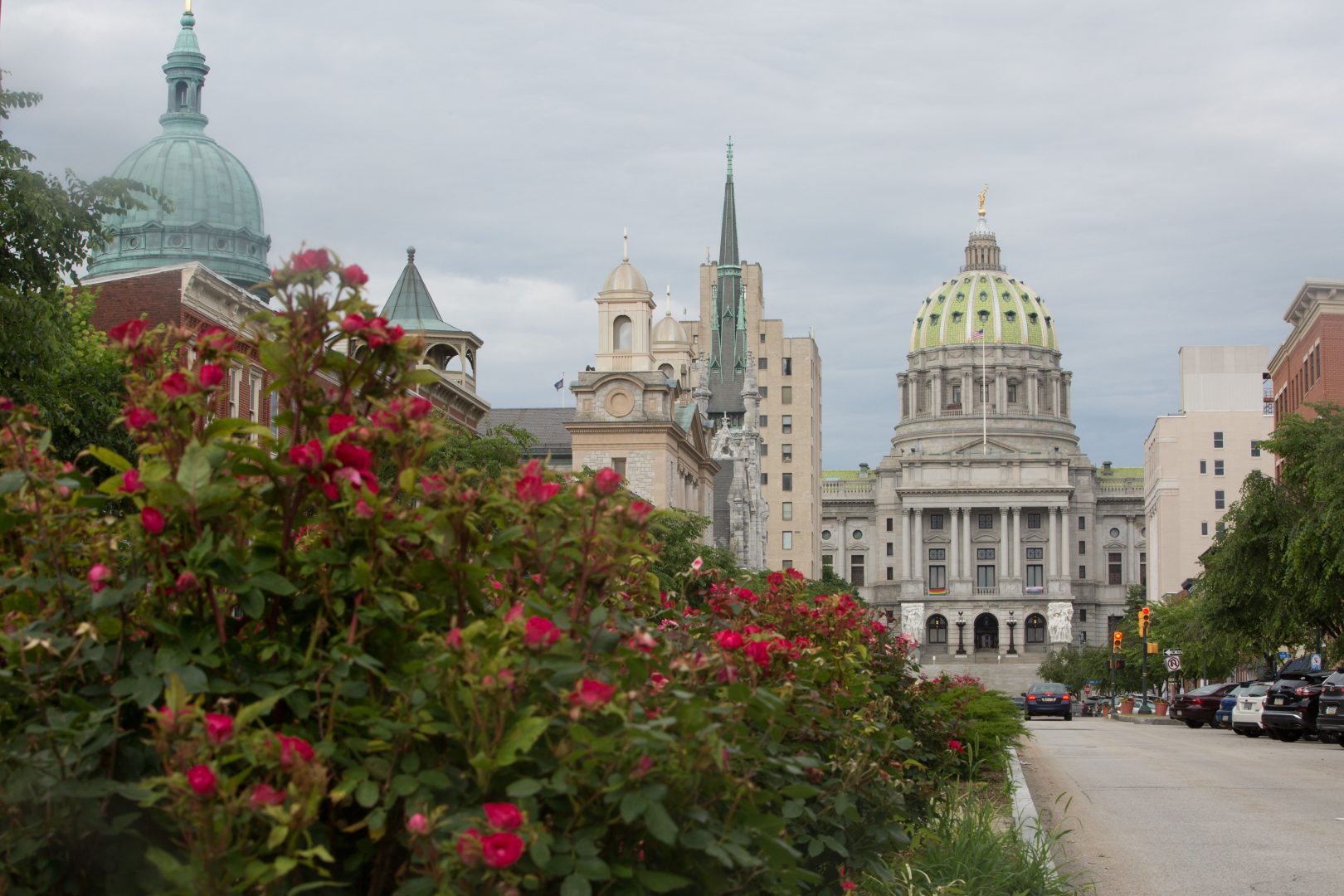 The state is set to dole out billions in coronavirus relief money, but rules around accountability and public transparency remain largely unwritten.

HARRISBURG — At the end of May, Gov. Tom Wolf signed off on a plan to spend $2.6 billion that Pennsylvania received as part of the federal stimulus package, an unprecedented flood of funding to provide needed relief for nursing homes, small businesses, and local governments.

With some federal officials warning of “unmatched prospects for fraud, misuse of the funds, and other criminal conduct,” the rules for exactly how the money can be spent, who can benefit from it, and how details will be made public remain largely unwritten.

State agencies, already stretched thin responding to the coronavirus outbreak, will have to oversee new programs created virtually from scratch. The rules they enact will determine just how easy — or hard — it will be to follow the money.

But unlike the normal course of developing new programs — which can take months or years — some of these initiatives worth hundreds of millions of dollars will be stood up in a matter of weeks, with officials scrambling to quickly get the money out the door.

As it stands, only a handful of the new programs are required by law to report to the General Assembly on their progress.

That could create a recipe for waste, fraud, or abuse, said Daniel Mallinson, an assistant professor of public policy and administration at Penn State Harrisburg.

“That’s always a tension with these kinds of stimulus programs,” Mallinson said. “The intention is to get money out fast, to help people that need it now, but good government oversight is generally not fast.”

The $2.6 billion spending plan covers the lion’s share of Pennsylvania’s discretionary funding from the federal Coronavirus Aid, Relief, and Economic Security (CARES) Act, which Congress passed in March. About $1 billion has yet to be allocated.

The money comes in addition to $2.5 billion in federal aid for state agencies, earmarked for specific programs, as well as direct funding for hospitals and nursing homes.

A federal oversight committee created by the CARES Act recently warned that the influx of federal dollars offers “unparalleled opportunities to assist those in greatest need,” but also “unmatched prospects for fraud, misuse of the funds, and other criminal conduct.”

One of the largest chunks of funding in the state’s plan allocates $175 million, as well as up to $175 million from a separate source of CARES Act money, for an ambitious new initiative where the state Department of Human Services will pay health systems to increase nursing homes’ testing capacity and improve their infection control practices.

Nursing homes are the epicenter of the coronavirus outbreak in Pennsylvania. As of Saturday, 4,092 residents of nursing and personal care homes had died after contracting the virus, accounting for almost 70% of all deaths in the state attributed to the coronavirus.

“Where will the money go, what are the guidelines about how it will be used — that’s all unknown,” said Diane Menio, executive director of the Center for Advocacy for the Rights and Interests of the Elderly. “I want to make sure that it accomplishes what it sets out to do — that’s hard to tell from looking at a piece of legislation.”

The plan is similar to a program already in place, where health systems consult with some long-term care facilities on a voluntary basis, said Ali Fogarty, a Human Services spokesperson. But for the moment, details are scarce. The plan calls for dividing the state into six regions, but it’s not yet clear how funding will be distributed between them.

Some facilities have reported more than 100 cases, while others have none, according to data released by the state health department.

“It’s hard to say given we don’t know what that funding structure is going to be, but we hope that every dollar is spent to help those on the front lines,” he said.

The Department of Human Services will also oversee hundreds of millions of dollars in one-time payments to all nursing homes and assisted living facilities in the state, as well as adult daycare centers and home health-care providers. The law says the money “may only be used to cover necessary COVID-19 related costs,” giving recipients broad discretion in spending it.

“Necessary” means “the expenditure is reasonably necessary … in the reasonable judgement of the government officials” overseeing the spending, according to guidance issued by the U.S. Treasury Department. The law also says recipients must “provide documentation to DHS, upon request, for purposes of an audit review.”

The department is waiting on more federal guidance about reporting requirements for this funding, said Fogarty, the department spokesperson, adding that the state may require additional reporting “if we become aware of any particularized issues with use of the money.” The first payments will go out July 1, she said, and the amount each facility receives will be made public.

With demand for many programs likely to be overwhelming, there is a lot riding on the formulas used to distribute the funding.

An allocation of $116 million for child care providers cannot be paid out until Human Services completes an ongoing study into the economic impact of the outbreak. The results will then be used to develop a formula for distributing the money. A Human Services spokesperson said the study will not be completed until mid-July, and the department “has not finalized an approach to using the study results.”

Child care providers across the state received $51 million through a separate stream of CARES Act funding, but urgently need more help to pay their bills and buy cleaning supplies and personal protective equipment as they start to reopen, said Diane Barber, executive director of the Pennsylvania Child Care Association.

“We were really happy for the money but kind of surprised that it was tied to a survey that had not been released yet,” Barber said. “We really need to move this money out as quickly as possible.”

In some cases, the money will be given out on the basis of population, rather than targeting the areas of highest need, following the example set by the federal government in allocating aid to states. Take, for instance, $625 million in grants for the 60 counties that did not receive direct federal funding.

Berks and York Counties will receive roughly the same amount — even though Berks had four times as many confirmed cases, according to the latest figures.

The formula also doesn’t take into account the differing pace at which counties have been able to reopen, with some already in the “green” phase of Wolf’s reopening plan, while others remained in the “red” phase for much longer.

“Population at least gives some definitive factor that can’t isn’t subject to changes,” said Lisa Schaefer, executive director of the County Commissioners Association of Pennsylvania. Case counts, on the other hand, fluctuate day by day and depend upon the level of testing available in each county, which can vary widely.

It’s up to county commissioners to decide how to use the grant funding, which can go toward the cost of responding to the outbreak, aid for local municipalities, behavioral health and substance abuse treatment, or grants for small businesses and nonprofits.

The law requires the Department of Community and Economic Development to give out the money by July 15. Any money from other programs that hasn’t been allocated by the end of November will be redistributed as additional funding for counties.

Some of the funding comes with accountability measures written into the law. An allocation of $175 million to help people struggling with rent and mortgage payments requires the Pennsylvania Housing Finance Agency to submit a report to the legislature by the end of the year, detailing how many applications it received and a breakdown of successful applicants by county.

Spending instructions for other sources of funding are still being worked out.

A $225 million allocation for small business assistance, for instance, needs more legislation to create a program to administer it, which lawmakers are likely to take up in the coming weeks, Senate Majority Leader Jake Corman (R., Centre) said shortly after the spending plan passed.

Sen. Pat Browne (R., Lehigh), the chair of the Appropriations Committee, said last month that the money would be distributed “through an objective statewide methodology,” to ensure that it would go to the businesses and industries “most impacted and most at risk.”

A previous relief effort, offering $61 million in low-interest loans to small businesses across the state, was overwhelmed by demand in less than a week and relied on a patchwork of local nonprofits to process applications, putting some hard-hit counties at a disadvantage.

Pennsylvania still has roughly $1 billion in federal funding in reserve, with lawmakers waiting to see whether the federal government will relax rules that currently prohibit that money from being used to make up for revenue shortfalls, or whether states will be in line for more money if Congress passes another relief package.

“We’re putting a few dollars on hold to wait to see what may happen in the next couple of months,” Sen. Vincent Hughes (D., Philadelphia), the minority chair of the Appropriations Committee, said as lawmakers voted on the budget at the end of May.

The spending plan, he said, “represents some of the better work we’ve done in quite some time.”

Trump's response to coronavirus, race has put him in a hole for reelection