“Everyone is in the moment – that’s how it’s different.” 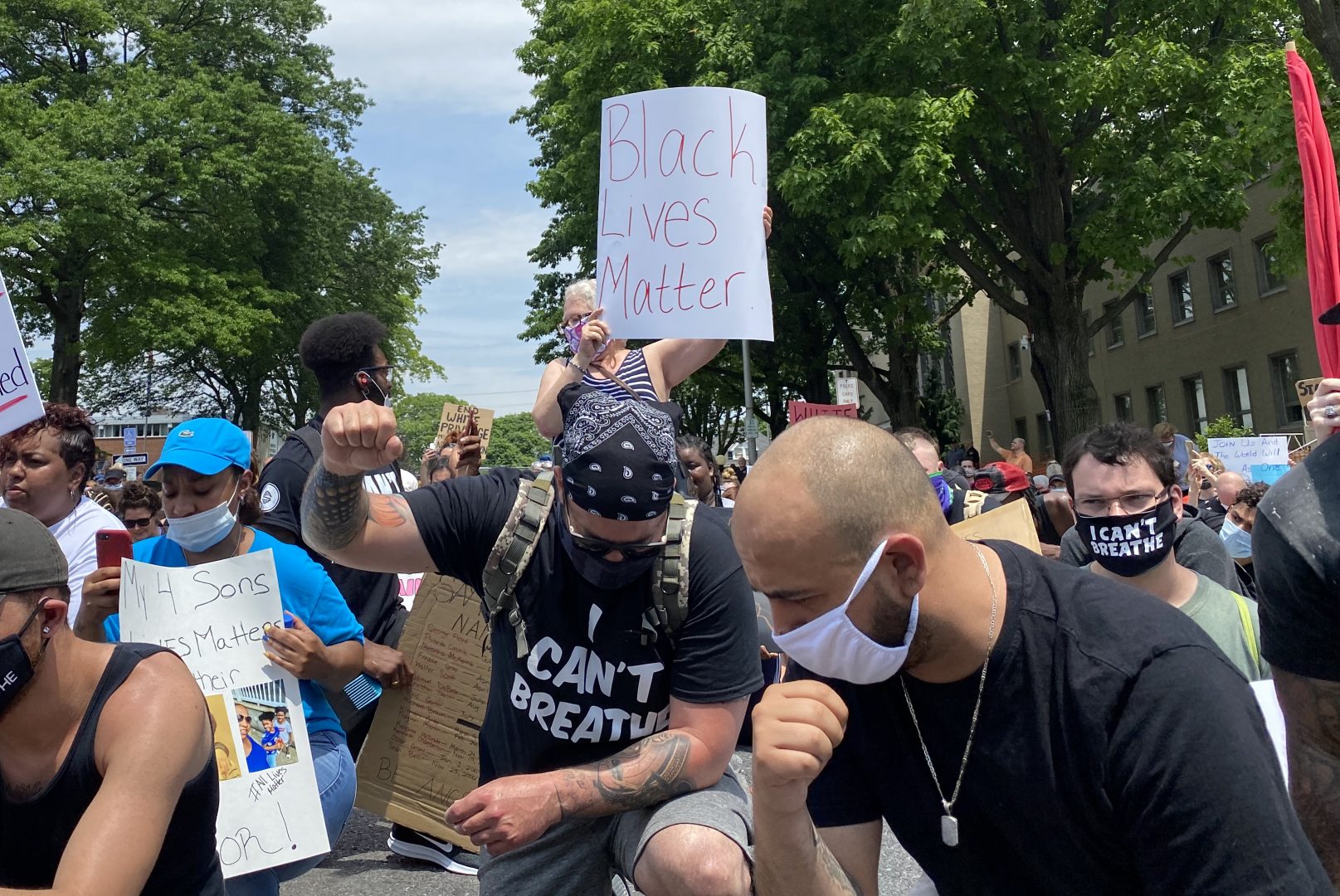 (Harrisburg) — Images of anger and destruction, and hope and hugs have filled news channels and social media pages for the past two weeks. People of all races are voicing outrage over yet another instance of a black man dying in police custody.

Midstate communities – large and small – were the site of protests and demonstrations. Nearly all of them were peaceful.

To African American leaders in the region, they have noticed a change is in the wind.

Dr. Reverend James Jackson, Senior Pastor at Goodwin Memorial Baptist Church and associate professor of psychology at Kutztown University, said there is a lot of fear between communities of color and law enforcement. He described the current relationship as “tense.”

But he says social media has played a major role in why this round of protests feels different.

With that instant reaction came the spread of ideas to put into action. Some campaigns have taken off like “8Can’tWait,” a social media movement that lays out eight policy changes aimed at reducing police violence – including banning chokeholds and prohibiting shooting at moving vehicles. 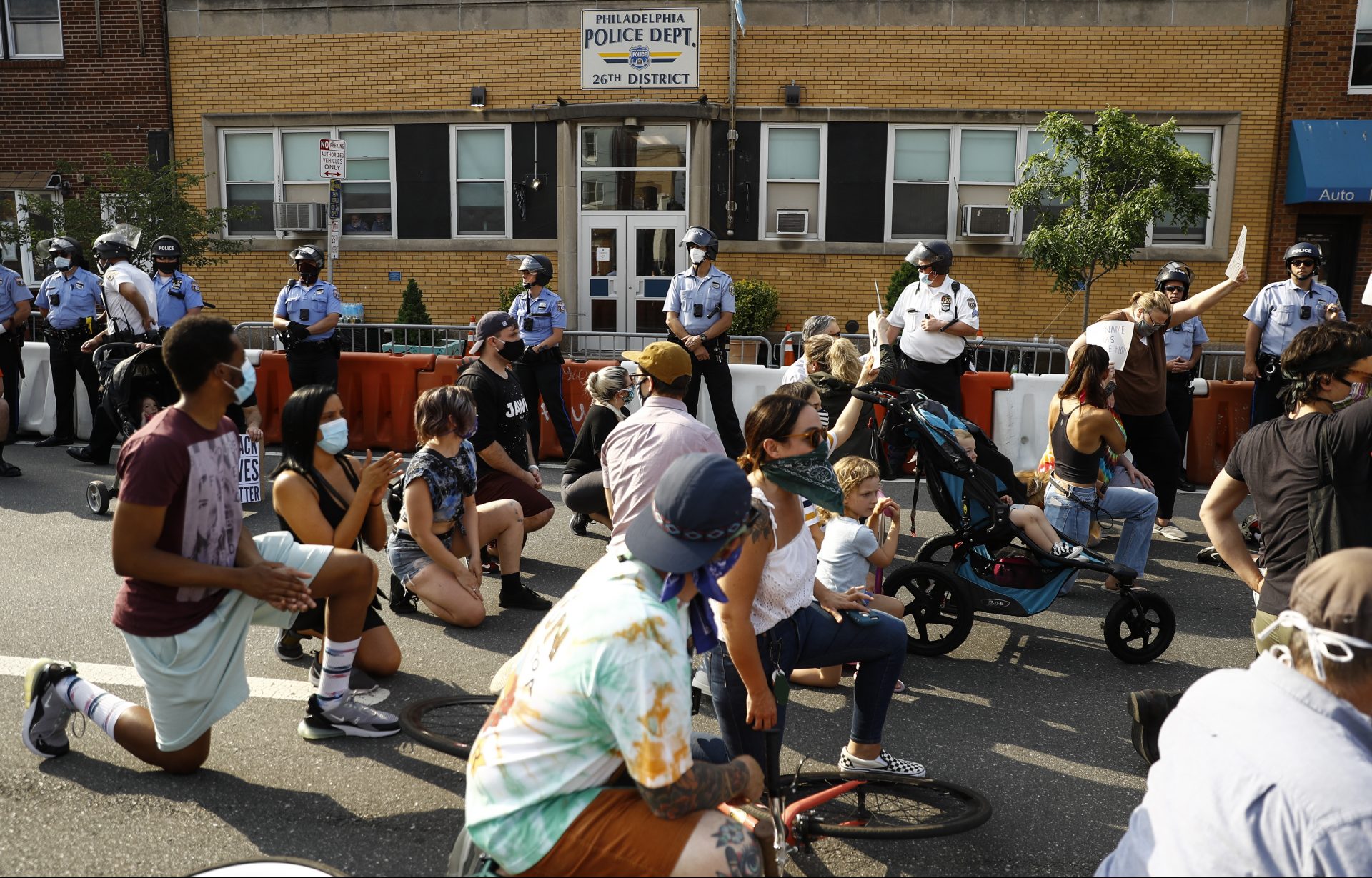 Protesters kneel Wednesday, June 3, 2020, outside the 26th District Police station in the Fishtown neighborhood of Philadelphia, demonstrating against racism and over the death of George Floyd, a black man who died after being restrained by Minneapolis police officers on May 25.

Others have voiced support for more radical moves – like defunding police departments to reallocate funds to communities affected by over policing.

State Police Lieutenant William Slatom serves as the agency’s Heritage Affairs section commander. He said as an African-American male himself , he thought the tactics used by the officers in the video were shameful and a disgrace to law enforcement across the country. But when it comes to defunding police, he is worried things like training programs and body camera footage will be the first to go.

Activists have also called out police unions, civilian review boards, and legal principles like “reasonable fear,” for what they say can attribute to unjust acquittal of police officers.
Reverend Russel Goodman, pastor at Calvary United Methodist and co-chair of the Mayor’s Interfaith Advisory Council in Harrisburg, said such policies, while they may be well intended, they can lend themselves to abuse of the system.

“You are protecting the good, law abiding, decent police officer who is dedicated to protecting the folks in his or her community when you kick out and enable the prosecution of the criminals that are in your forces,” he said.

With all the ideas swirling around, it can be hard for public officials and advocates to figure out where to begin. Reverend Tabitha Ssonko of Monumental AME Church in Steelton in Dauphin County, said it’s time to move beyond dialog.

“For years we’ve been talking about these issues and they seem not to change for years. And we quote Martin Luther King Jr. and Malcom X or other leaders from the past,” she said. “We have protested. But now, we have to be about policy change.”

Ssonko says she hopes to work towards meaningful change with the young people out protesting. 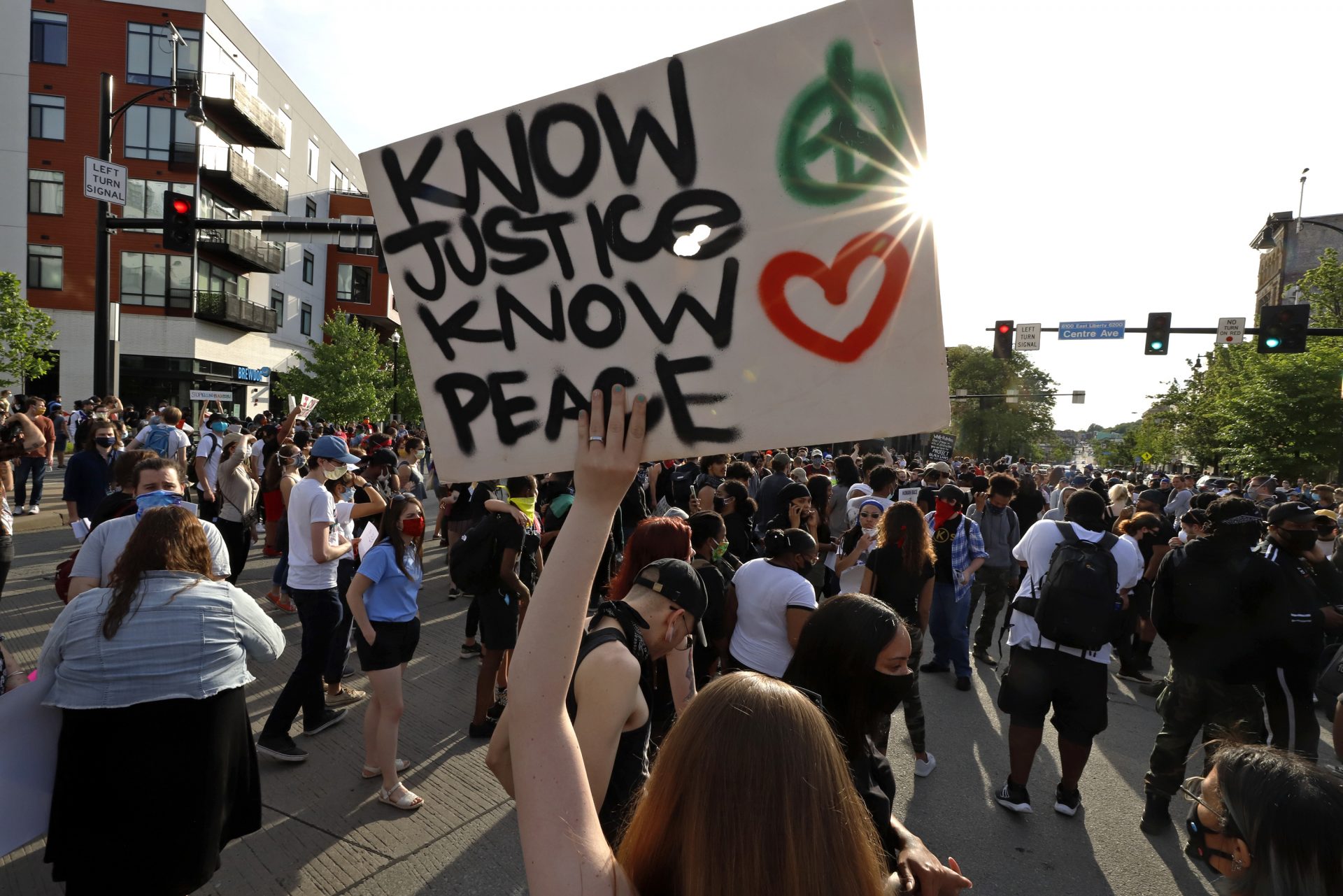 A group gathers, blocking an intersection in the East Liberty neighborhood of Pittsburgh on Monday, June 1, 2020 protesting the death of George Floyd, who died after being restrained by Minneapolis police officers on Memorial Day, May 25.

Reverend Goodman reminds people to not to be unaffected by the constant barrage of the news cycle.

“There are many of us in our society who are completely blind to how we benefit from racial privilege, white privilege. And we are completely uninvolved in what is going on with certain sectors of our society. And I think one thing we’ve learn in this coronavirus age is that you can’t hide from anything. We are so interconnected. It affects you eventually,” Goodman said.

To all the people carrying the weight of the moment around – Reverend Jackson (remember – he is a psycologist) said the need to release emotional stress is critical.

“Deal with the emotion right then and there. Call someone, pray, meditate, talk a walk. Relieve that tension. Because it’s relieving the tension that allows us then to step out of the fight or flight mode to think correctly about how we want to respond or how we want to react,” he said.

Jackson says justice will come when people of all races live with full dignity under the law.

Philly is ‘yellow’ now. Is it ready?