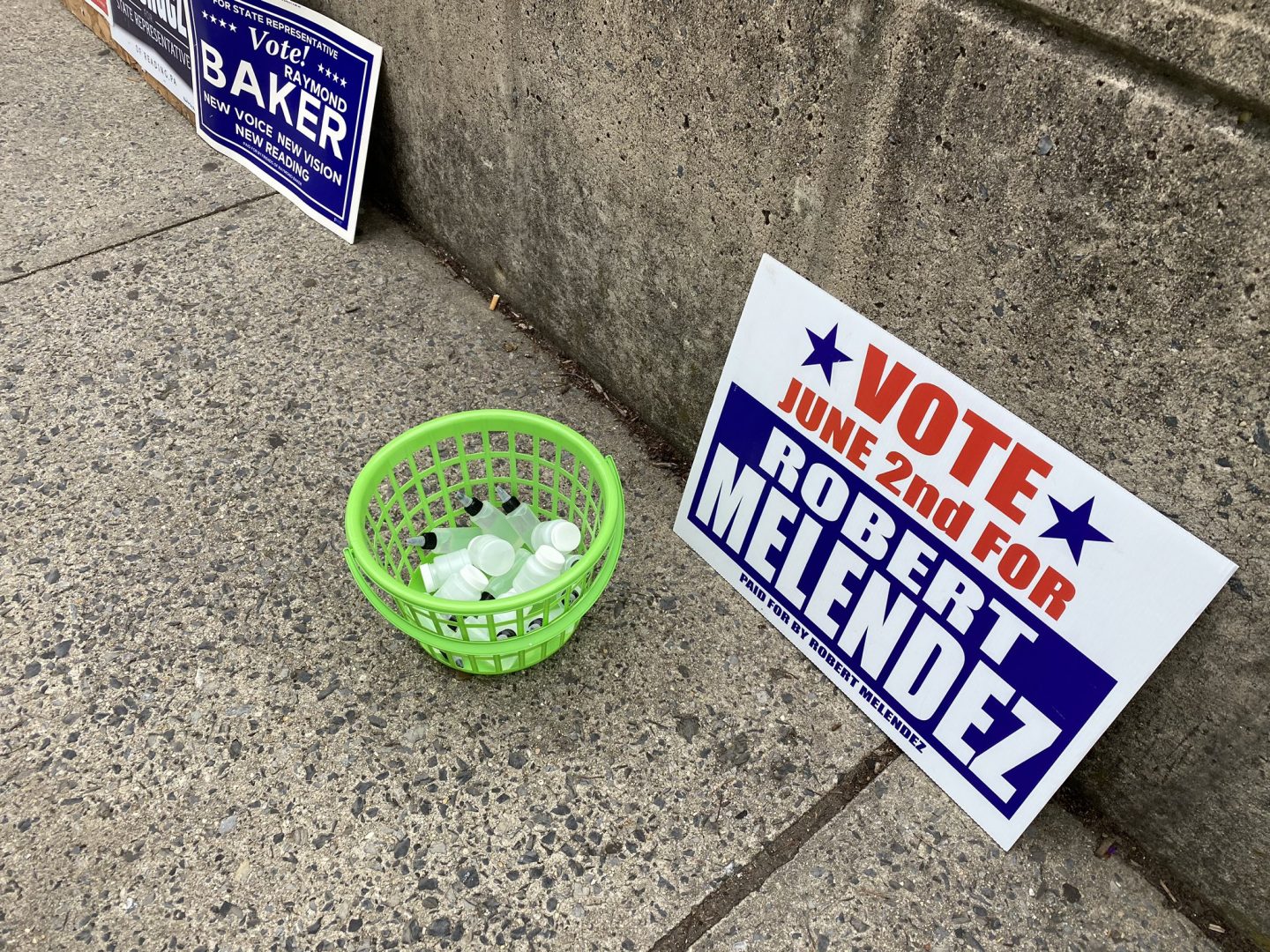 Many Latinos in Reading participated in the June 2 primary election in person, citing habit and comfort as the main reasons they didn’t opt for a mail-in ballot.

“It’s just easier,” said Carmen Franki, 49, after voting at Southern Middle School. “I already know this process, so I rather do it this way.”

Franki’s husband, Miguel Ortiz, 40, said he was there to vote for more representation for people like him.

A campaign worker for Robert Melendez, a Democratic candidate for state representative in the 127th District, gave out hand sanitizer and plastic gloves to voters before entering the polls.

Oritz and Franki said they were worried about coronavirus and grabbed some of the free gloves before going into the polls.

They also said they voted for Melendez.“I’m voting for Latinos,” Ortiz said in Spanish. “They already understand us and they know the community.”

Eugenio Vargas, 62, echoed some of Ortiz’s statements, saying he wanted to vote for Melendez. But Vargas was unable to vote in-person at his polling location in 10th and Green Elementary in northeast Reading.

“I showed up and they told me I was registered as a Republican,” Vargas said in Spanish, wearing a face mask adorned with the Puerto Rican flag. “I’ve been a Democrat my whole life and they handed me that slip. I said, ‘No, what is this?’” Eugenio Vargas, 62, said he was issued a Republican ballot when he showed up at his Reading polling station for the June 2, 2020, primary. Vargas left without casting a ballot.

Poll workers and campaign workers at polling places across the city said turnout was very light.

Workers at the polling station located St. Paul’s Lutheran in east Reading only had around 20 voters by the late morning, though they had a list of about 60 voters who mailed-in their ballots.

Candidates made their rounds in the city, but with polls seeing fewer voters than usual, some of their stops were quick.

Manuel Guzman, a Democratic candidate for the 127th state representative seat, paid a quick visit to the east Reading polling place. He spoke with neighbors, a voter and his own campaigners before heading off to another location.

For Fidel Rodriguez, 69, Santander Arena was a new polling place for him simply because he recently moved into the city’s 17th ward. Carmen Franki and her husband, Miguel Ortiz, depart their voting location in Reading, Pa., on Tuesday, June 2, 2020. Both said they voted in person, instead of by mail, because it’s easier.

Rodriguez, who immigrated decades ago from El Salvador, said he preferred to have poll workers within reach if he needed any assistance and said everything went smoothly for him.

He said he hoped to see more voters come out and felt it was his duty to come out.

“I am happy to participate in democracy, so I came,” Rodriguez said.