Gov. Tom Wolf speaks to reporters Monday evening in Philadelphia, where he was touring parts of the city damaged during the weekend’s protests over the death of George Floyd in Minneapolis.

Mail-in extension applies to 6 counties only. Ballots there still need to be postmarked by 8 p.m. tonight! 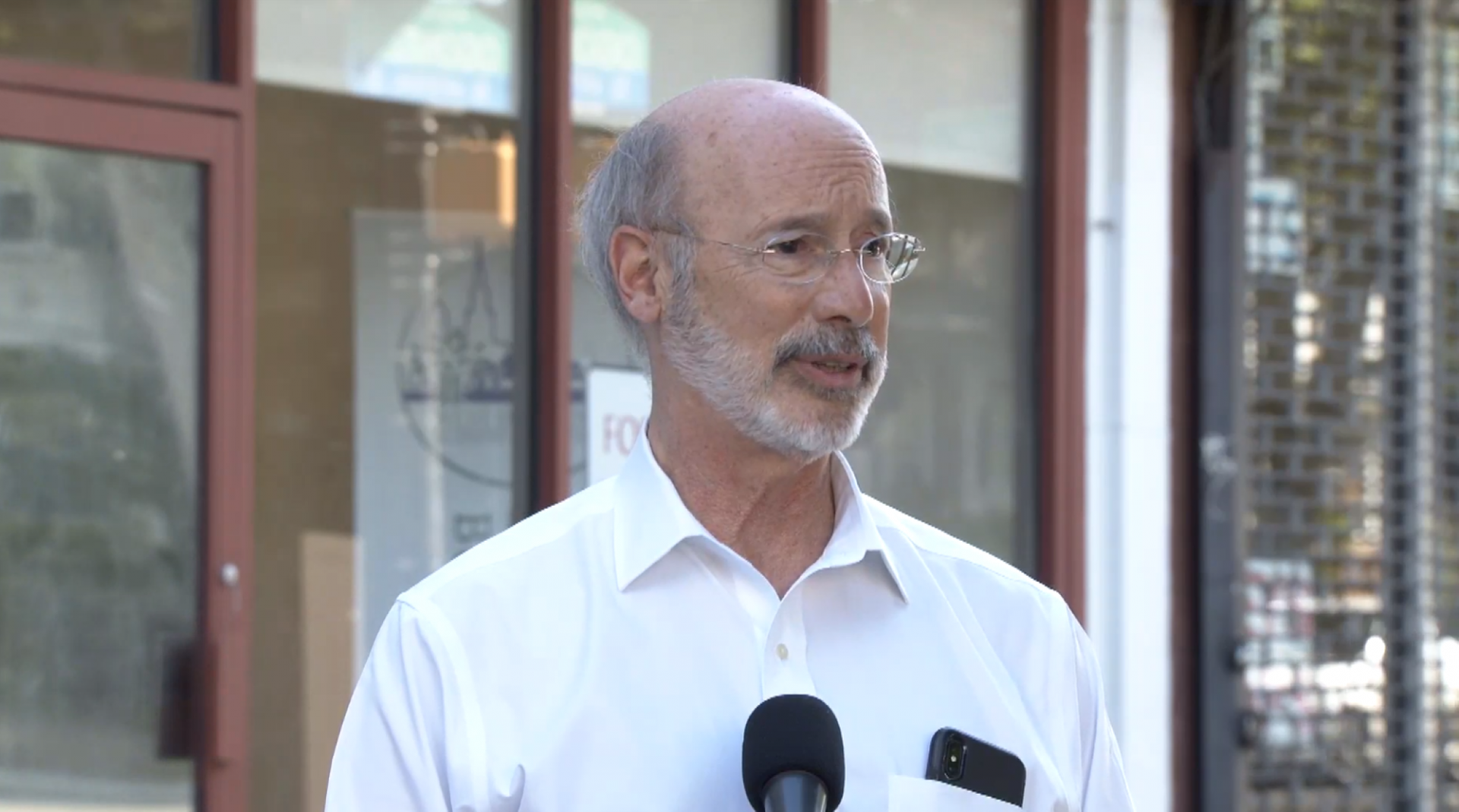 Gov. Tom Wolf speaks to reporters Monday evening in Philadelphia, where he was touring parts of the city damaged during the weekend’s protests over the death of George Floyd in Minneapolis.

Pennsylvania’s 2020 primary election is happening during an exceptional event — the coronavirus pandemic. We’ll have reporters keeping tabs because we want to know how it goes for Pennsylvania voters, whether they’re casting their ballot in person or by mail. Please share your experience or ask questions through our Listening Post. —Emily Previti, staff writer Gov. Tom Wolf speaks to reporters Monday evening in Philadelphia, where he was touring parts of the city damaged during the weekend’s protests over the death of George Floyd in Minneapolis. (Screenshot from Gov.’s Office livestream)

Gov. Tom Wolf announced Monday that the state would allow an extra week (until June 9) for mailed ballots to arrive at elections offices in six counties, so long as they’re postmarked before tomorrow.

The change applies only to Erie, Allegheny, Philadelphia, Montgomery, Delaware and Dauphin counties — each of which is covered by an emergency disaster declaration Wolf issued in response to protests over the death of George Floyd.

Except, that’s not what Wolf said at first. The way the announcement happened created confusion — and more to come, critics say.

The governor provided very few details when he told reporters late Monday afternoon that the ballot return deadline would be extended by one week for the 2020 primary.

Speaking outside the office of state Rep. Isabella Fitzgerald (D-Philadelphia), Wolf made no mention that the order was limited to a half dozen counties or that it still requires voters to postmark ballots by 8 p.m. tonight.

It creates grounds for contesting results in races for statewide offices and certain legislative districts that include multiple counties where voters might face different deadlines by depending on which county they live in, Feaser said.

“It’s an unfair advantage because these races often are decided by voters going  with their hometown [candidate],” Feaser said. “It’s also going to create massive confusion for voters.”

Feaser pointed to the race for the Democratic nomination for state Auditor General. Three candidates are from jurisdictions (Allegheny, Dauphin and Philadelphia) where voters’ ballots now have more time to make it through the mail to their local elections office. The three other candidates are from Centre, Monroe and Lancaster — where mailed ballots still must be received before 8 p.m. tonight.

Asked about those potential problems with the order, Wolf’s spokeswoman Lyndsay Kensginer said:

“The executive order does not extend the time to vote for anyone, it merely extends the receipt date for certain counties … so that voters in those counties, through no fault of their own, are not disenfranchised by circumstances that necessitated the disaster declaration and are increasing challenges already presented by the ongoing pandemic.”

Asked about the threshold for inclusion in the emergency disaster area, Kensinger said “the civil unrest experienced in those communities over the past several days” resulted in “the need of those counties for additional time to count ballots.”

But demonstrations over the past three days in other counties — including Lancaster, Centre and Berks — were arguably as disruptive, not to mention the coronavirus.

“At what point does civil unrest matter or not matter?” Feaser said. “There’s just no logic to it.”

Republicans in the General Assembly already are eyeing a challenge, according to a GOP statement issued late Monday night. Daniel Spizarny, police chief for Erie, speaks during a news conference in at Erie city hall on June 1, 2020. (Screenshot from official livestream)

The Washington Post headline says a lot: Before Trump vows to end ‘lawlessness,’ federal officers confront protesters outside White House. Federal law enforcement officers cleared a peaceful protest from Lafayette Park (across the street from the White House) so President Trump could walk to St. John’s Church to see damage caused over the weekend.

Here’s links to how Pa.’s congressional delegation reacted specifically to this event:

Others issued comments about the George Floyd killing and the resulting unrest:

A weekend of protests and riots shines light on police tactics