(Lebanon) — By the time Pennsylvanians head to the polls for Tuesday’s primary, many voters will have already cast their ballots.

For the first time, they were allowed to vote by mail without an excuse. That’s a change that may make voting easier for Spanish speakers.

Some groups trying to get those voters to turn out face more obstacles than usual — especially amid the coronavirus pandemic.

Nélida Barrueto sent in her mail-in ballot and made a ceremonial post on Facebook: “Yo voté. Yo envió mi boleta por correo.”

Barrueto, who moved to Lebanon from Cuba more than two decades ago, said she thinks she was one of the first to vote by mail, despite all the challenges coinciding with this year’s primary. “I won that great battle,” she joked. She has been making calls and social media posts about the elections, trying to spread the word about how to vote in this year’s election, which, to some, feels more epic than most.

Some counties in are trying out new voting machines; others are trying to overcome problems that surfaced in 2019’s municipal elections. Statewide, Pennsylvanians can vote by mail without an excuse for the first time.

The pandemic turned voting by mail into a lifeline for the election — since concerns arose over the safety of those casting their ballot in-person.

But there’s a learning curve for everyone, especially elections officers, poll workers, and campaign personnel. Would-be voters have a lot of other concerns right now, including if they have been laid off because of the shutdown.

So, Barrueto is trying to instruct other Spanish-speakers through the process and persuade them to vote. 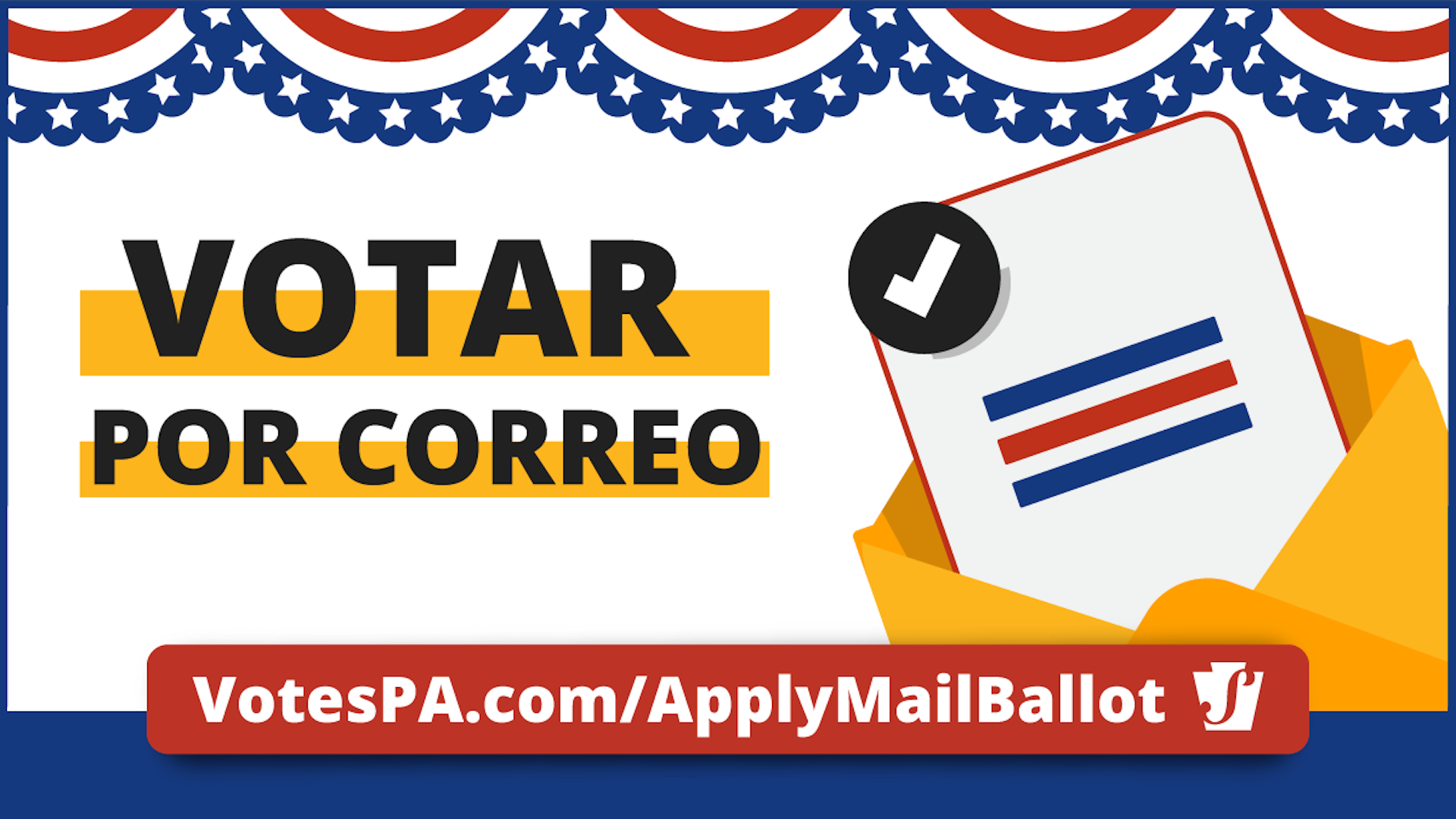 Pennsylvania’s Department of State put out Spanish-language ads explaining how to vote by mail.

She has been working with César Liriano, the leader of the civic organization Our Voices Count, which is based in Lebanon. It changed its name from the Hispanic Initiative last year to include other communities as well. It also split from the Democratic party, though it is not currently supporting any Republicans.

Liriano and other volunteers recruit voters and choose candidates to campaign for in the community.

“The way to be part of the solution is to get out and vote, and elect people that we know are going to support us and understand and listen to our issues,” he said.

These groups overlap and they could hold major sway over this year´s elections.

At this point in most election cycles, Liriano would be busy, “knocking on doors, talking with people in the park, going to public events that happen in the city. Either to register people or inform people that the election is coming,” he said.

But amid stay at home orders, those plans changed.

While he usually works with a dozen regular volunteers on a campaign, this year it is just two. Even phone banks were a non-starter since the organization usually provides volunteers with phones. And creating opportunities to encounter voters has gotten complicated.

Talking on the phone, Liriano said, is just not the same. “People don’t really want to give much information, especially if they don’t know who they are talking with,” he said.

As for Nélida Barrueto, she takes daily laps around her block and talks to any neighbors she sees, sometimes about politics and voting.

Liriano has been able to help people apply for mail-in ballots — at least 25 — by using the state´s bilingual website.

He does worry a lack of internet access will stand between some voters and the primary.

But he also sees a positive.

Language seems like less of an issue when it comes to mail-in voting — in contrast to polling stations, where there are sometimes gaps in translation services.

He said the county also works with the Lebanon School District to place Spanish-speaking students at polling stations. Latinos make up about 14 percent of the county’s population. WITF reported in 2016 that 3 percent of eligible voters in the county and 12 percent of those in the city of Lebanon are Spanish speakers with “limited proficiency” in English.

“With the school being kind of shut down for the rest of the year, we’ve reached out to [the district], but I don’t know that we’ll be able to get the complement of students that we normally get,” he said. “And you know, across the board, we’re down because of COVID-19.”

Other county election offices have struggled to recruit poll workers in general, and interpreters are no exception. Another concern this year is that many polling places have changed. Although the changes in Lebanon were not as drastic as in some other counties, Liriano said they affected two precincts in the city that include many Latino voters.

Even if voting by mail was the better option for many people, outreach, again, was a challenge.

“There are still a lot of people who don’t know about it. And not only Latinos. Anglo and all kinds of communities don’t have too much information about it,” Liriano said about two weeks before the primary.

He and Barrueto said they would have liked to see ballots or ballot applications mailed directly to the homes of registered voters. Some county officials lobbied for the same move. The Secretary of State’s office said in an email that she is “open to considering” that step in November, “if sufficient resources are made available.”

The state did buy bilingual ads and posted about the voting process on social media. Also spreading the word were national organizations, like Voto Latino, which provides state-specific information on the voting process and sends multiple emails per week urging subscribers to turn out.

For some community organizations, the pressures of this moment have forced a shift in outreach.

“We’re now shifting 100 percent back to basic human needs,” said Gloria Merrick, the Executive Director of the Latino Hispanic American Community Center in Harrisburg. She said the organization is still posting election and census information to social media, but the pandemic has compelled it to cut back efforts to get out the vote and get people counted in favor of other concerns: “their shelter, where they’re living, their rent, can they pay their rent, do they have enough food to put on the table, their safety.”

Centro Hispano Daniel Torres in Reading has incorporated census and voting information into its outreach about staying safe during the coronavirus pandemic.

Despite all the challenges and changing priorities of 2020, Cesar Liriano is hoping Latino voters can make their voices heard. Even in the primary.

“Especially here in Lebanon, we have at least one contested primary and it’s the Congress one,” he said.

In the ninth Congressional district, two Democrats — Laura Quick from Lebanon County and Gary Wegman from Berks — are competing to run against Representative Dan Meuser, a Republican.

Liriano said he wants whoever wins the seat to put an office in the city of Lebanon.