The Democracy Live home page is displayed on an Apple laptop computer. The company is administering a ballot return system for disabled voters in West Virginia, Delaware, and potentially New Jersey. 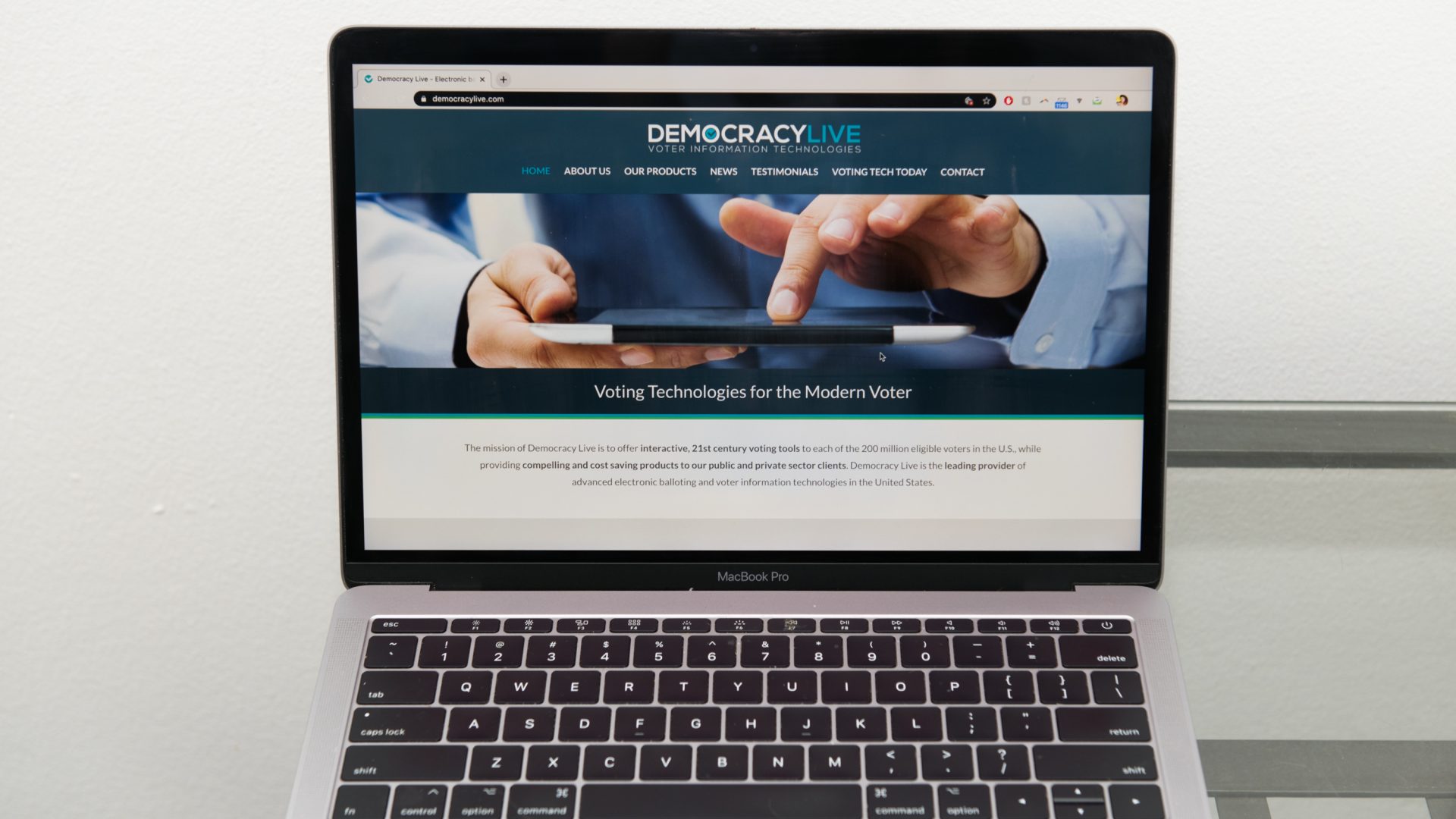 The Democracy Live home page is displayed on an Apple laptop computer. The company is administering a ballot return system for disabled voters in West Virginia, Delaware, and potentially New Jersey.

A federal judge ruled late Wednesday that the Pennsylvania Department of State must provide a way for visually-impaired voters to fill out an absentee or mail-in ballot online, print it at home and return it to their county elections office.

This approach would require the use of assistive technology, such as screen readers or the ability to update refreshable braille displays.

The order was prompted by a lawsuit filed May 21 by the National Federation of the Blind of Pennsylvania on behalf of Joseph Drenth, a blind individual living in Chalfont, Bucks County, and working as a software engineer.

NFB-Pa. and Disability Rights PA attorneys noted the health risks of voting in-person during the pandemic and the fact that if Drenth “were to go to a polling place, he could not determine on his own whether the people surrounding him were maintaining adequate ‘social distancing’” or taking other precautions.

Independent of coronavirus concerns, the lawsuit also faults the existing absentee and mail-in ballots because they require a blind voter to have help in filling them out — an infringement on the voter’s right to privacy.

Bucks also is among counties still under the “red” classification due to the continuing high coronavirus case counts in the county.

Voters only are eligible if they already requested an absentee or mail-in ballot by the deadline earlier this week. They must email their request to the Department of State by 8 p.m. tomorrow (Friday, May 29) and return the ballot to their local county elections office before 8 p.m. on primary day, Tuesday, June 2. They also need access to a printer.

The applicant’s identity will be confirmed through their driver’s license, Social Security or Pa. personal ID number. Once that’s taken care of, the voter will receive instructions on how to access the online ballot through a secure server, according to a news release DoS issued this morning.

Then, they’ll fill it out on their computer, print it and bring it to their local county elections office.

Plaintiffs say the vote-by-mail method court-ordered for the primary is “imperfect” and they’re ultimately seeking something more comprehensive in the final resolution to the case, according to a statement issued by Disability Rights PA attorney Kelly Darr Thursday afternoon.

The lawsuit was filed so close to the primary because attorneys pursued the matter after learning about a similar case in Michigan that reached a favorable outcome in early May, Darr says.

Darr hopes the final outcome in the case leads to a system with a simpler interface that doesn’t require voters to print their ballots or leave their homes at all for the general election on November 3rd.

Secretary of State Kathy Boockvar said a few weeks ago that DoS was in the early stages of developing a secure digital system for voters with disabilities to launch for the general election Nov. 3.

DoS isn’t using an outside vendor for the system that will be in place for the primary, according to spokeswoman Wanda Murren.

A bill in the Pennsylvania legislature calling for braille ballots (which only a few states offer) hasn’t moved since being introduced more than a year ago.

Editor’s note: This is a developing story and will be updated as more information becomes available.