Since the coronavirus hit, new registrations are falling around the country. 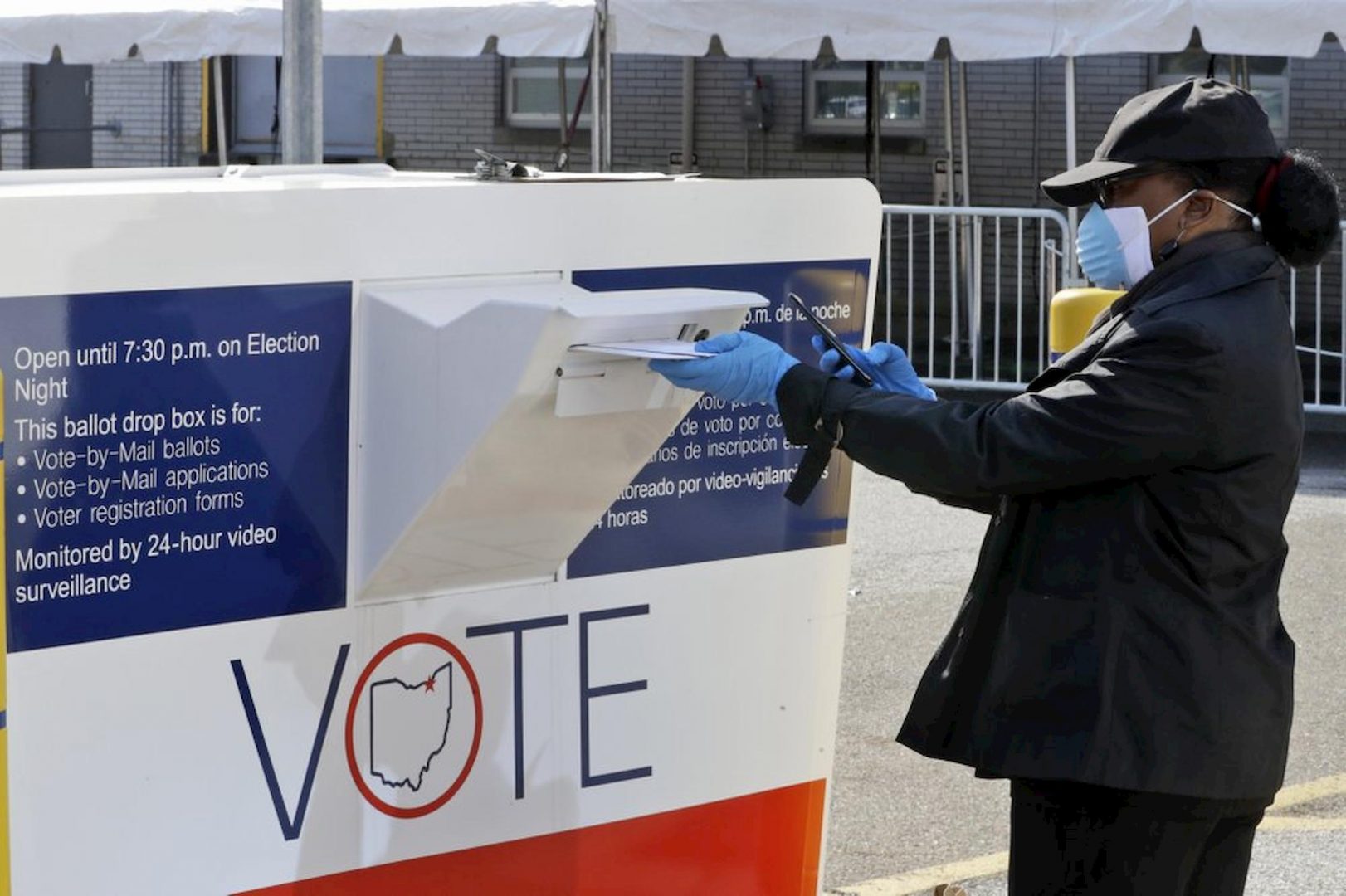 (Washington) — No door to door canvassing. Public gatherings are canceled. Motor vehicle offices are closed. Naturalization ceremonies are on hiatus.

Almost every place where Americans usually register to vote has been out of reach since March and it’s led to a big drop in new registrations right before a presidential election that was expected to see record turnout.

The consequences of that decline could reshape the electorate ahead of the November election, although it’s not yet clear how.

Four years ago, organizers for the progressive group New Virginia Majority were able to register 120,000 new voters, who contributed to Hillary Clinton’s victory in the state and Democrats’ subsequent takeover of the state legislature.

But this year, in the middle of a pandemic?

“We’re not able to walk the neighborhood streets. We’re not able to set up tables at community centers and places where it’s easy to reach people in community. So organizers have still continued to do the work around engaging folks. It looks a lot different,” she said.

The group is now reaching people online, mostly over social media and video chats, but Nguyen doubts that they’ll be able to register as many new voters this year as they did in 2016.

Across the country, other interest groups, political parties and election officials are running into similar hurdles.

Until the pandemic struck, the 2020 presidential election had been on track to see a huge surge in new voters. According to data from the Democratic voter targeting firm TargetSmart, voter registrations in January and February of this year far outpaced those in 2016.

But since the virus hit, new registrations are falling around the country. After a record increase in January, Kentucky Secretary of State Michael Adams was disappointed that registrations in his state almost flat-lined.

Like voters in many states, Kentuckians can register online. But Adams said it’s not the same as, say, going to a booth at the state fair.

“People can still register, the government’s not closed, but without that personal contact, with people encouraging their friends to register, that’s why we’ve seen such a big drop-off,” he said.

Kentucky is hardly alone. Virginia saw 73% fewer registrations last month than it did four years ago. Officials said one reason is the shutdown of Department of Motor Vehicle offices, where voters routinely register. North Carolina had a similar decline and has expanded online registration to pick up some of the slack.

In Texas, where online registration is not allowed, the state’s Democrats launched a website last month that provides a registration form with a postage-paid envelope to send it in as part of their goal of registering a million new voters. 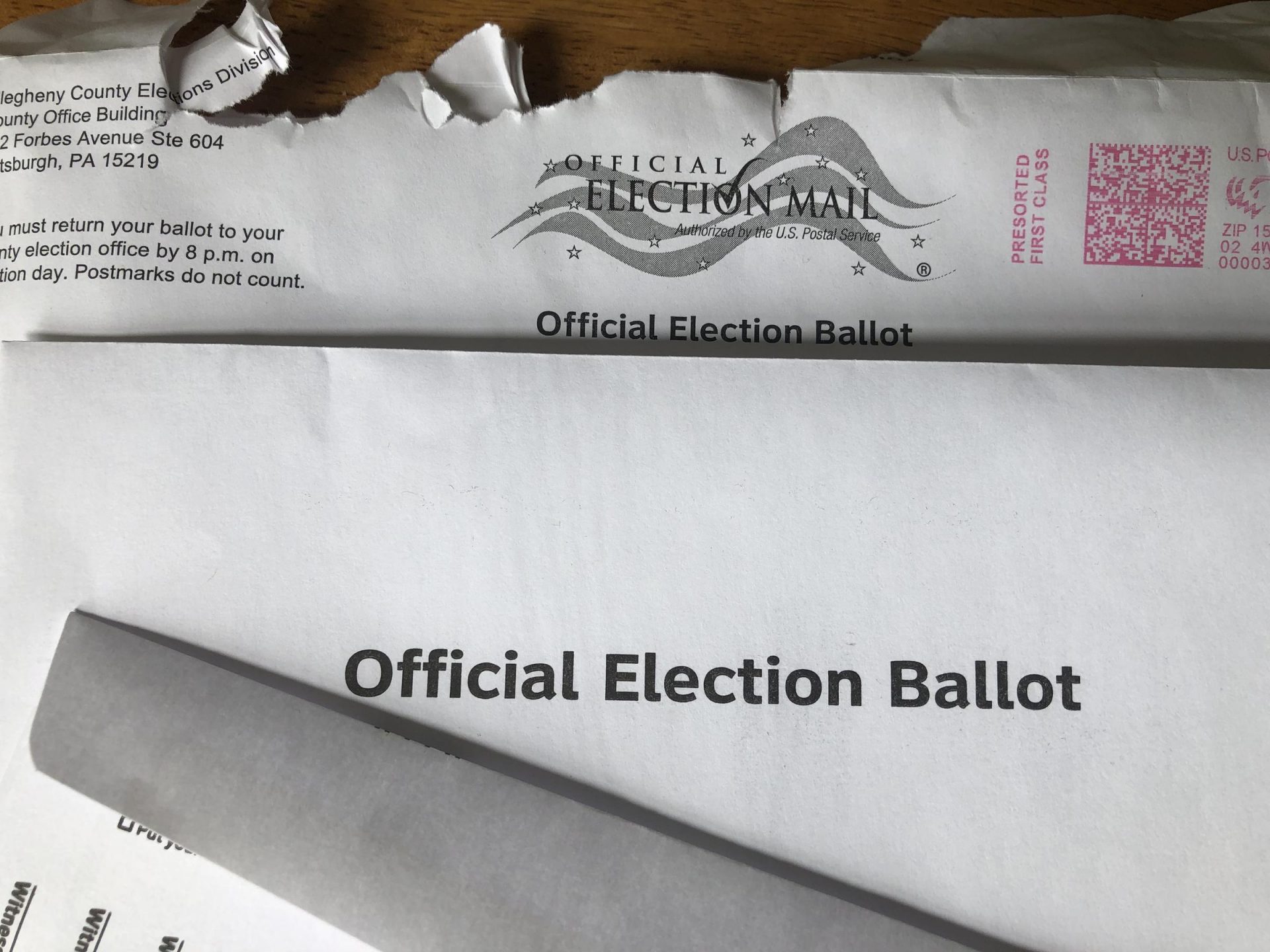 A mail-in ballot in Allegheny County.

Texas Republicans are doing the same, although party chair James Dickey says they started before the pandemic.

Dickey thinks the pandemic has probably had more impact on some of the party’s other activities. “It was our plan to be doing all of our voter persuasion and voter turnout efforts in person,” he said. They’re now doing it over the phone.

Organizers of both parties say they always try to meet voters where they are but now that means reaching them at home and online.

One group that’s benefiting is the nonprofit Vote.org, which uses technology to register and mobilize voters.

“We’re having an avalanche of people come to us,” as a result of groups ditching their in-person campaigns, said Vote.org CEO Andrea Hailey.

The group has helped register more than a half million people so far this year, with a focus on young voters and people of color.

One hurdle, Hailey says, are requirements in some states that voters register by mail and provide photocopies of their ID.

“We used to point people to a library if you didn’t have a printer, and say go to your nearest library, get them to print it out, but you know libraries are closed right now,” she said.

The big question is how all this will affect the November election. Most people can still register until shortly before Election Day and it’s unclear whether the losses so far this year can be made up in the fall.

The general belief is that Democrats benefit the most by signing up new voters, but that’s not necessarily true. What matters most is who ends up casting ballots.

Tram Nguyen of New Virginia Majority says one thing that’s been lost in the pandemic is the bond her organizers have with the people they register in person, a relationship that helps them make sure these new voters actually show up and vote.

Thousands wait to take US citizenship oath amid virus delays