The great research mouse rescue amid the pandemic

This story is from The Pulse, a weekly health and science podcast from WHYY. Subscribe on Apple Podcasts, Stitcher or wherever you get your podcasts.

Back in mid-March, when most of us were hearing the words “shelter in place” for the first time, research labs across the country were busy with what they call “saccing.” It’s short for sacrifice, like for science and the greater good.

“There are a lot of different terms that are used that I think people use to protect themselves from the reality of this,” said Anneka Allman, a research technician at a University of Pennsylvania lab that works with hundreds of mice as part of cancer studies. “Personally, I prefer to say we kill them, but the common term is ‘saccing.’”

Research mice, you might imagine, generally are not long for this world. At her lab, Allman is usually the one to send them into the hereafter. Most of the mice born there even in normal times aren’t suitable for experiments for some reason or another.

“I’d say maybe we only actually use like a tenth of the mice that we breed,” Allman said. “Euthanizing these mice on a regular basis is just part of the job, and it’s not a fun part of the job, but it is a necessity.”

Still, what happened back in March, on Friday the 13th, it was different — it was a massacre. 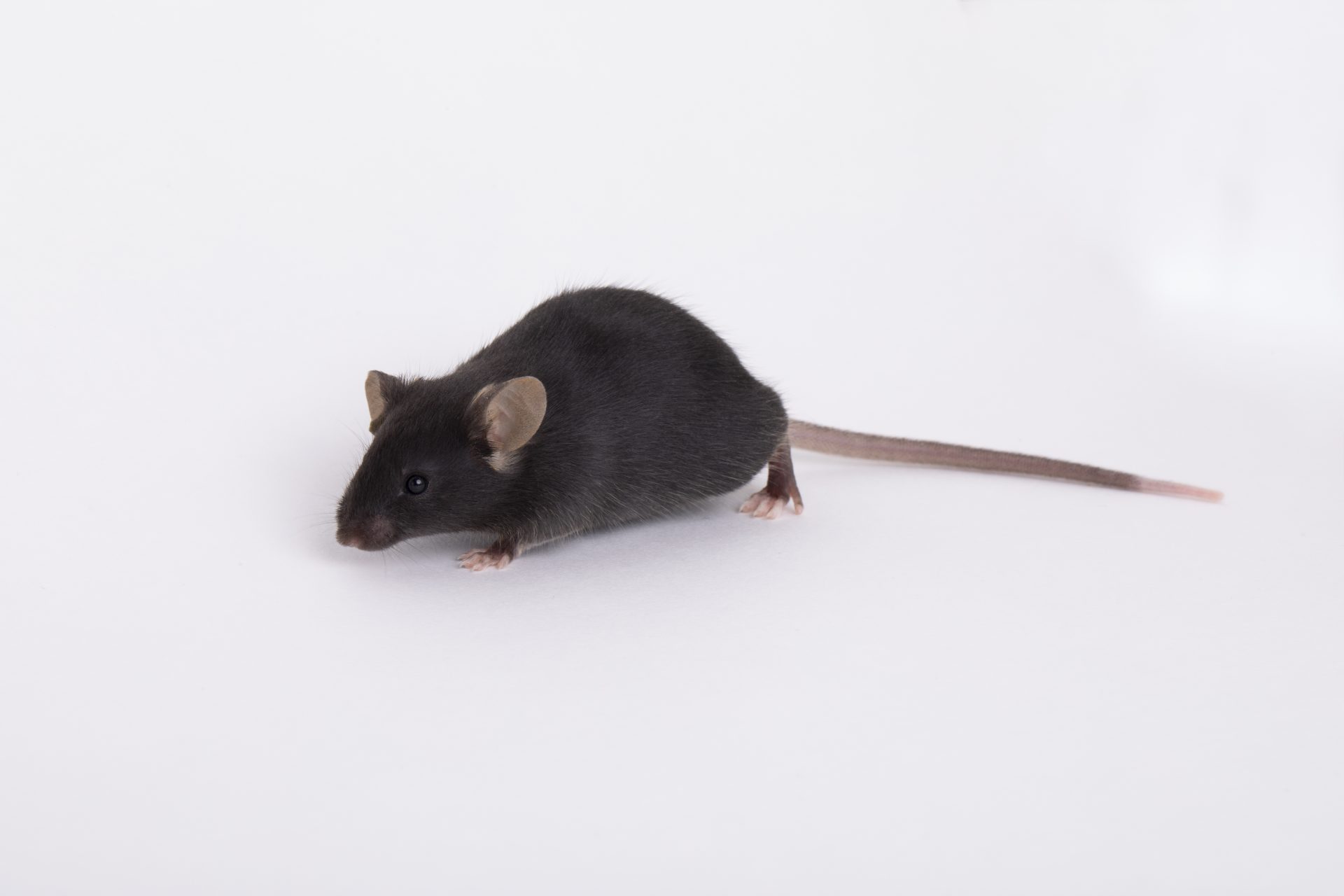 A transgenic mouse produced by The Jackson Lab

“We have a weekly lab meeting and we had it virtually, and we were like, OK, we need to figure out how to shut everything down” she recalled.

They had some 500 cages of mice, and a looming stay-at-home order for most staff. You just can’t take that many mice home with you, and many can’t survive outside sterile settings. So most of the mice, they were going to get sacced.

“It was just like piles and piles of cages just on top of each other — empty cages,” Allman said.

She personally euthanized hundreds of the mice.

“It’s actually very simple. You take their cages, take off the tops, put it in a machine called the Euthan-X — which I have a lot of feelings about, but it’s essentially just a CO2 chamber,” Allman said. “And you turn the button on, and you wait for 20 minutes to half an hour, and they die.”

Allman only worked that Friday before she was sent home for safety, but a skeleton crew stayed behind and saccing continued.

“We did get an email about, I think, two weeks in that basically requested that we stop asking them to do it because of the emotional toll that it was having on them because of the masses that they had to kill,” Allman said.

The animals’ deaths didn’t hit her on that level. Before you get the wrong idea about Allman, know she’s a self-described animal lover, a vegetarian; one of her pet cats scurried across her laptop during an interview. But she didn’t mourn the euthanized mice, so much as the science the mice represented.

“I had to kill mice that I had planned experiments for, that I’m still upset they’re dead and not because of their lives, unfortunately for them, but because to do this research it’s going to be a lot. It’s going to take a lot longer.”

Untold thousands of mice were sacced in the early weeks of the United States pandemic response. The animals in Allman’s lab, and in hundreds of labs like it, are the bedrock of research into human diseases.

Pick a disorder, an illness. There’s a mouse model for that, a mouse created specifically to study that disease.

Cat Lutz is director of the mouse repository at the Jackson Laboratory in Maine.

The Jackson Lab is a nonprofit where many labs get founder mice to start colonies of their own for research. It has about 11,000 strains of designer mice cryopreserved in its repository — 80% of which don’t exist anywhere else.

Mice first found their way into labs by way of so-called “mouse fanciers.”

“They would keep mice as pets, and they would also select those mice that had spontaneous mutations, for example, coat color or ears or craniofacial features, long tails, kinky tails, maybe spotted mice or things like that, and they would start inbreeding them,” Lutz said.

Mice breed very quickly and very often, so mutations tend to spring up fairly regularly. Fanciers were after aesthetic mutations, but scientists quickly found fanciers could provide mice with more utilitarian mutations. This mouse with a kinky tail, it can develop diabetes, or colon cancer, or this rare neurological disease.

“Between mouse and humans, the gene conservation is incredibly high at the level of the coding sequence, so it was really quite translational,” Lutz said.

Mice and people share about 98% of their genetic code.

So if you can cure a cancer in a mouse, that’s a step closer toward curing it in a person.

Genetic engineering became a thing in the 1990s and accelerated in recent years with technology like CRISPR. The results today are research mice precisely engineered in thousands of ways to test thousands of treatments. It’s why a pet store mouse costs a couple bucks, while a founder research mouse can run hundreds or even thousands of dollars a pop.

Lutz’s favorite mouse is a little white one.

“It was a mouse called Delta 7, and it was a mouse that we use to study a very devastating neurological disease called spinal muscular atrophy,” she said.

Delta 7 mice were engineered to develop SMA, a disease that’s somewhat like ALS, but presents in babies rather than adults.

Lutz worked with Delta 7 mice for years and years. “And I’m happy to say that I don’t work on it anymore,” she said.

That’s because Delta 7 eventually led to real therapies. SMA is largely treatable today, in large part thanks to those white mice.

“A lot of those kids, when they’re diagnosed early enough, actually go on to live quite normal lives and are riding bicycles at the age of 3,” she said.

But the thing is, labs everywhere have their own Delta 7’s — monumentally important mice models, expressly designed to study specific diseases or treatments. Some labs have completely unique models that don’t exist anywhere else. And when the coronavirus pandemic started picking up speed and labs were closing, those mice were at risk. 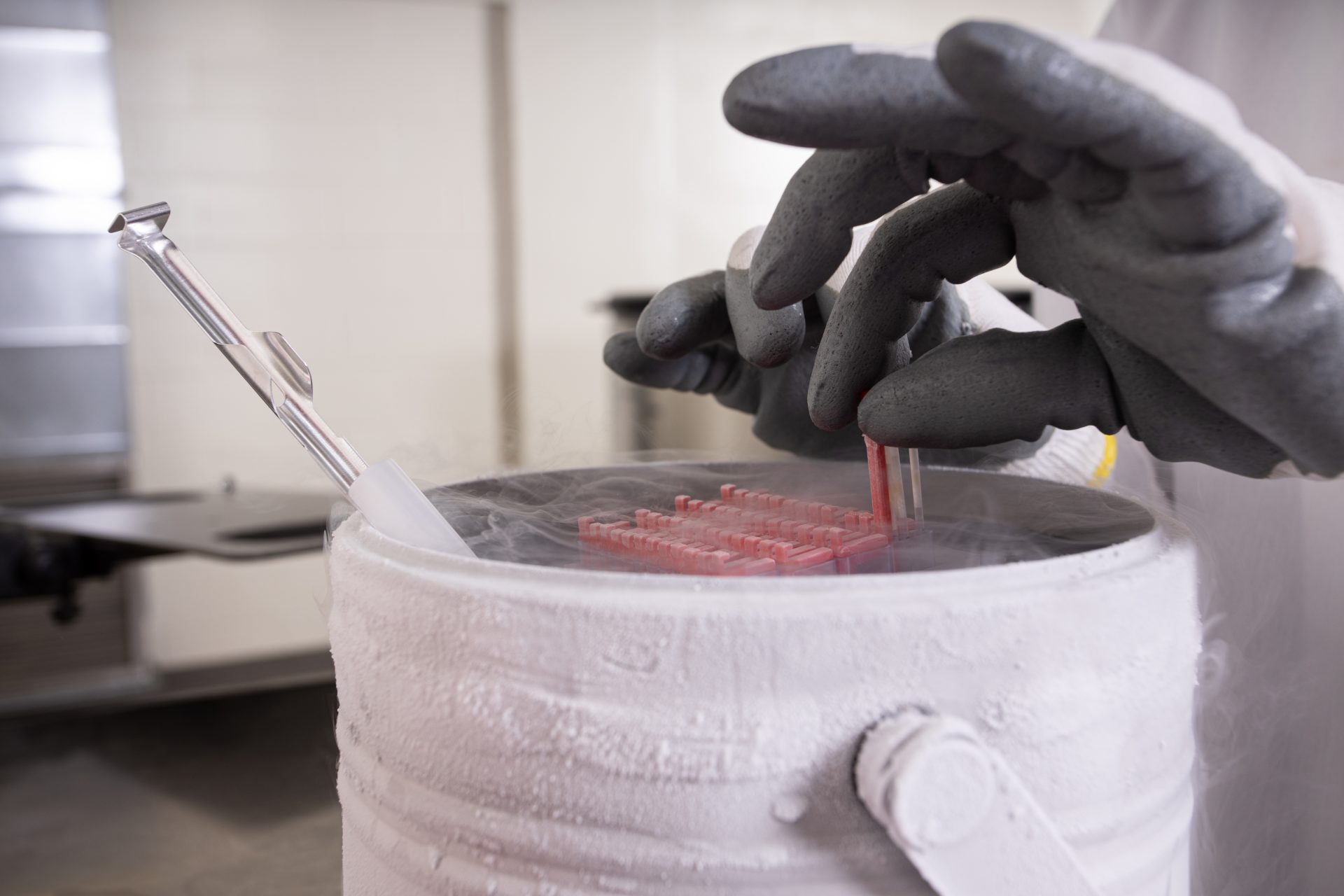 SOS: Save my mice

“We received a number of SOS calls, you know, for animals: ‘Could you please try to preserve my mouse because I do need to take them off the shelf,’” Lutz said. “We got that SOS call from a number of individuals.”

By preserve, she means cryopreserve: Freeze the sperm or embryo of a lab’s unique mouse model so you can use it to jump-start a new colony later. The guy answering those SOS calls was Rob Taft, a Jackson Laboratory senior service manager.

He described a workshop he led years ago in which he asked scientists to imagine worst-case disasters, mostly storms and earthquakes, that might result in their mouse colonies being lost.

“I had a scientist come to me and say, ‘Rob, I just realized that if that scenario ever did play out, I’m making sandwiches at Bar Harbor as my next job.”

Meaning, the end of that specifically designed mouse would be the end of her career.

Before the pandemic threatened mice colonies, most of the danger was extreme weather. Allison, Katrina and Sandy — all were storms that threatened incredibly valuable mice. With the coronavirus and the closings, it was like the extreme-weather scenario was playing out all across the country, and all at once.

“This is a completely new challenge that I’d say no one’s faced anything quite like it before in this country,” Taft said.

Before all this, cryopreserving your mouse model was something you should do, but just might not get around to — sort of like checking your smoke detector’s batteries every month.

“When you’re doing research, you know, the pressure is really [to] do the next experiment, publish a paper, get a grant written,” Taft said.

“The research community is no different than anybody else,” he said. “I think the speed at which some of these changes happened caught everyone off guard.” Very quickly, and in some cases with only hours to spare.

Jackson Laboratory had to send out specially adapted vans to essentially rescue the mice before closures — and save them from the Euthan-X machine.

“They were going into places like New York and to Boston, where there were hot spots,” Taft said. “There may have very well been … [coronavirus] cases where they were going, and they went anyway. So, you know, I have a lot of respect for them.”

It was a risk, but when we’re on the other side of this pandemic, these mice will play a major role in getting science started again without starting from scratch.

“That’s exactly what happened with the mouse model with COVID-19,” Lutz said.

Today, Lutz is working with another special little mouse, this one designed for coronavirus research. It was created for SARS over a decade ago and cryopreserved — just waiting, until it was needed again.

Trump calls on states to immediately reopen places of worship