Plexiglass barriers, still no in-person visitation: what correctional facilities will start to look like in reopening

The Department of Corrections released a five-stage plan to ease lockdowns in prisons. 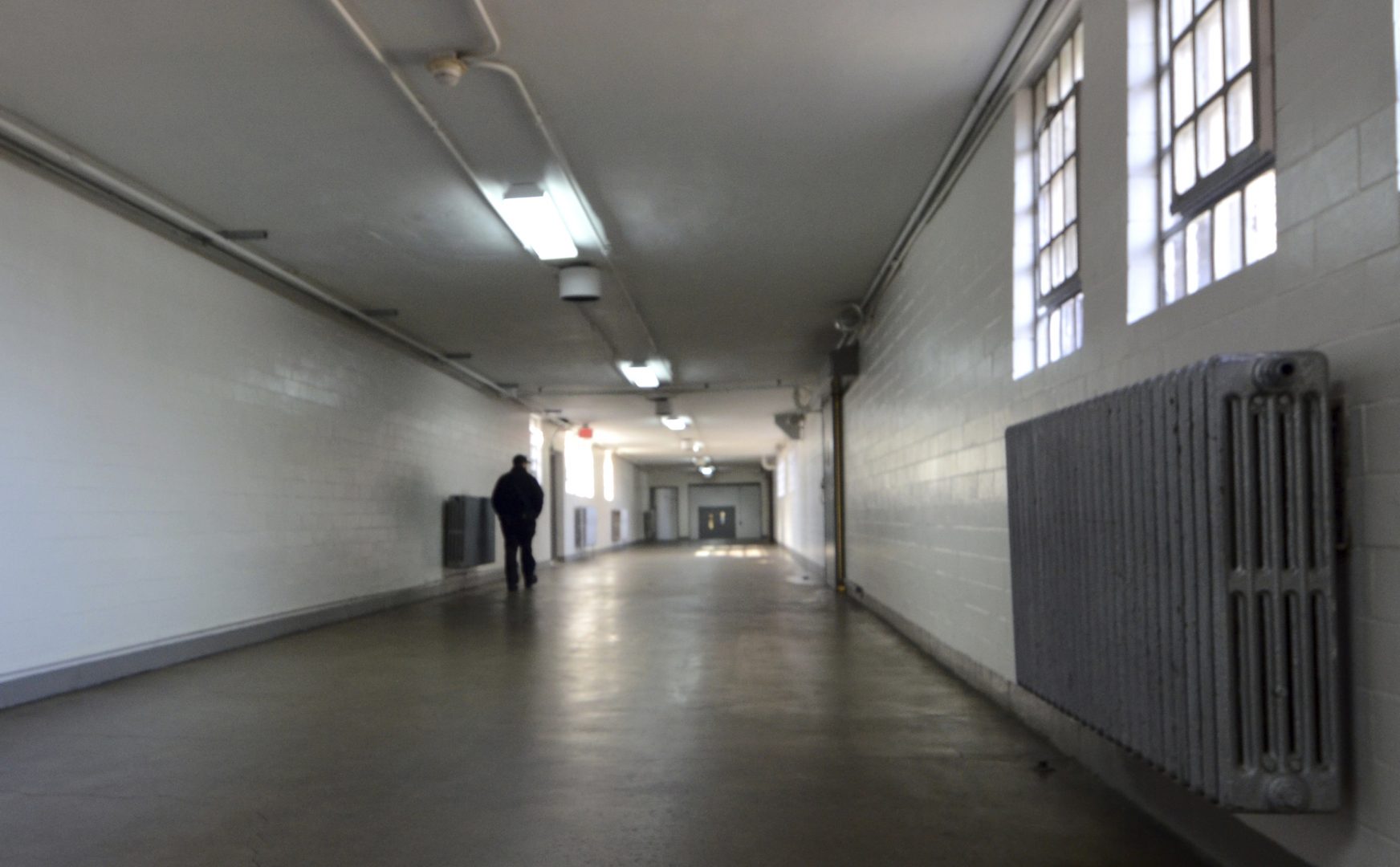 Starting next week, state-run correctional facilities in Pennsylvania will ease lockdowns and increase testing of inmates transferring to or leaving prisons. The changes, detailed on Friday, come as prisoner rights groups warn that continuing to confine inmates to their cells for 23 hours a day is causing long-term negative health effects.

The lockdown strategy — implemented at all state prisons on March 29 — was meant to be short term, said Department of Corrections Secretary John Wetzel.

Wetzel said in a media-only call on Friday that the chorus of voices urging the end to coronavirus restrictions is being echoed by inmates, their family members and advocacy groups. But he warned that it will be a slow return to business-as-usual for people who work and live in prisons.

On May 26, 11 facilities will move from the DOC’s stage 5 to stage 4 of the red phase (Camp Hill, Chester, Coal Township, Dallas, Frackville, Huntingdon, Mahanoy, Phoenix, Retreat, Smithfield and Waymart). Inmates in this phase will not be allowed to eat outside of their cells or play recreational sports, but will be allowed to spend more time outside of their cells and in larger groups.

Prisons are exploring the use of plexiglass table dividers in cafeterias, Wetzel said. State Correctional Institution Muncy is piloting a four-way divider that would be placed on tables to keep inmates apart while they eat.

Barber shops, gyms and other activities requiring contact will remain suspended and could return only when DOC decides a prison can move into the least restrictive stages.

In-person visits won’t resume until the state’s 67 counties move fully into the governor’s green phase. Wetzel said that decision was to protect the health and privacy of visitors, who would otherwise have to be tested before entering a facility.

“The population is too high,” said Bret Grote with the Abolitionist Law Center in Philadelphia. “If the DOC and Wolf administration are not pushing for further decarceration, then that will inevitably result in constitutional violations as people are kept in prolonged solitary confinement in response to the pandemic.” 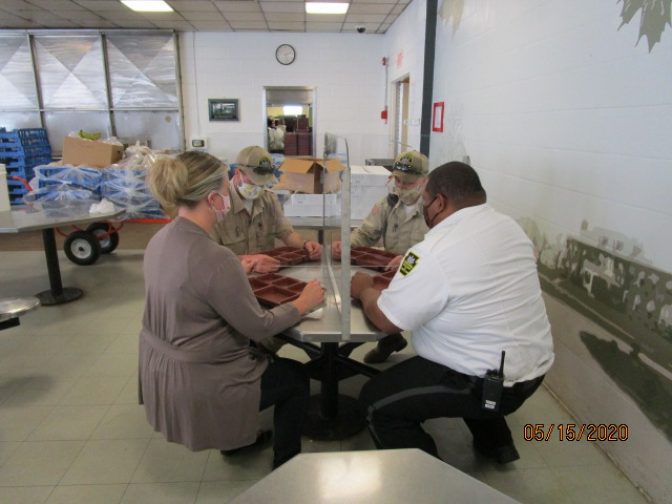 State Correctional Institution Muncy will pilot using plexiglass dividers similar to the ones pictured here in this photo provided by the Pennsylvania Department of Corrections.

Sean Damon with The Amistad Law Project said his group is “concerned about incarcerated people’s mental and physical health in the state correctional institutions as they experience a partial lockdown longer than anyone has ever seen in Pennsylvania.”

Part of the challenge with reopening – even gradually – is assessing risk.

As of Friday, DOC says there are 231 inmates who tested positive for coronavirus along with 166 staff members; five inmates and one staff member died from COVID-19 complications.

But it’s still unclear just how widespread the virus is within the state’s prisons. As of Friday, the department said it had conducted 1,432 tests on inmates, out of a total prison population of more than 45,600.

The DOC policy of not conducting mass testing of inmates runs counter to the recommendations of public health officials. Scientists and epidemiologists say that testing – along with segmenting people who test positive for coronavirus antibodies – needs to be ramped up before regular prison life can resume.

“There has to be a stricter, more vigorous bar set to ease social restrictions,” said Joseph Amon, director for the Office of Global Health at Drexel University in Philadelphia and a prison health researcher.

But Wetzel on Friday countered the criticism of not doing mass testing, saying the tests have such high error rates. He referenced a Mayo Clinic article that cites a handful of studies documenting high false-negatives (between 10 and 30 percent) for some coronavirus tests.

The article he references does not counsel against testing. Rather, it highlights the need to increase access to personal protective equipment, adhere to social distancing and properly segment populations based on risk and infection along with testing populations.

Wetzel said the DOC is going to focus its testing on any inmate who is being released, and any inmates transferred from or into a facility. This is a departure from the former policy of only conducting temperature checks and questionnaires, with tests only conducted on symptomatic inmates.

Wetzel added that there are ways to get around mass testing more efficiently through surveillance testing, by randomly selecting inmates for tests in cell blocks where another inmate tests positive. He said that in SCI Chester, after an inmate scheduled for release tested positive, they randomly selected more than 40 inmates to test in the same cell block. Only one other test came back positive.