The Pennsylvania National Guard sent 18 military nurses and medics to help at the Broomall Rehabilitation and Nursing Center in Delaware County, but so far it's been unable to offer widespread help at nursing homes across the state.

‘We don’t even know where they got this information’: Pa. nursing home data release is riddled with errors 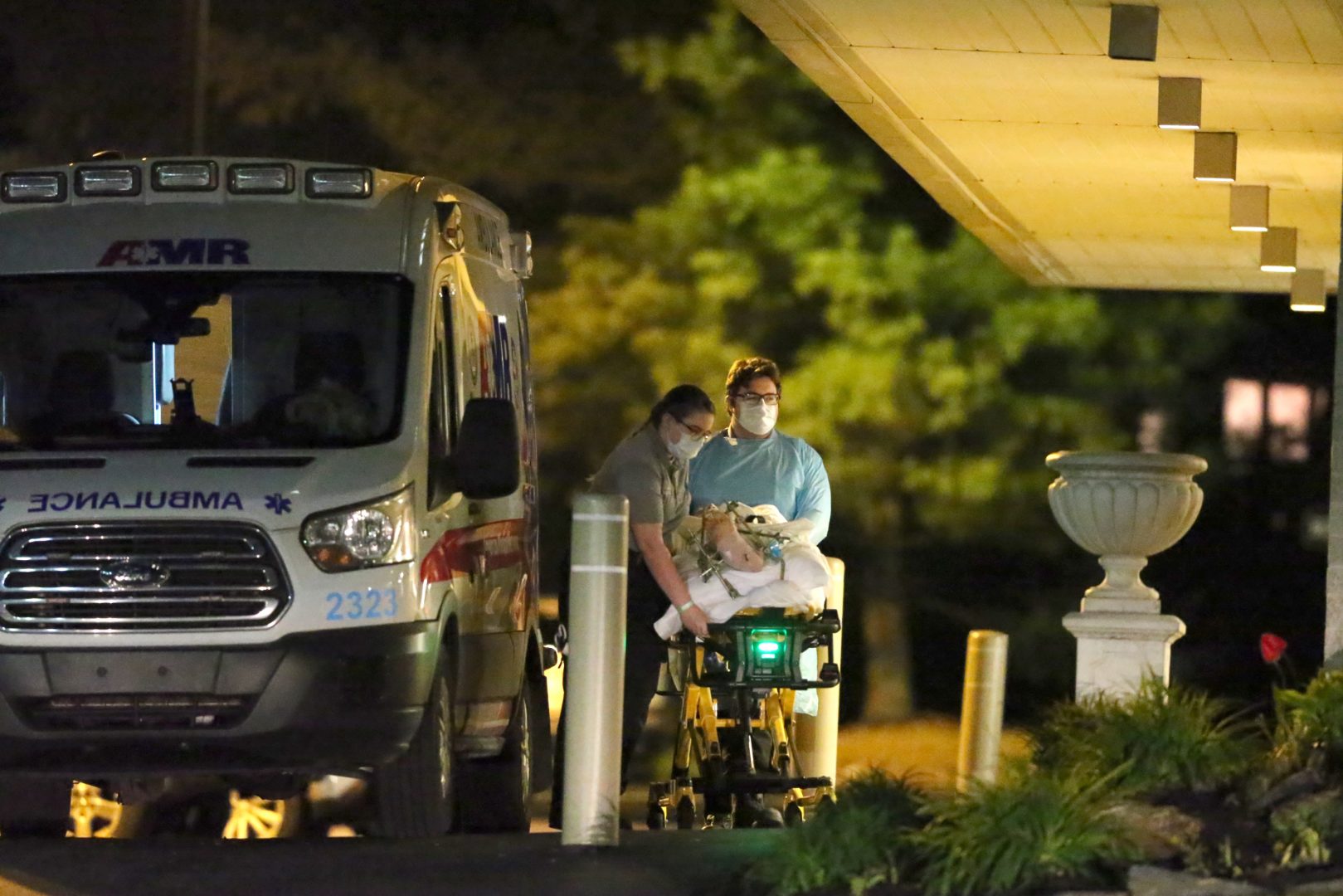 The Pennsylvania National Guard sent 18 military nurses and medics to help at the Broomall Rehabilitation and Nursing Center in Delaware County, but so far it's been unable to offer widespread help at nursing homes across the state.

At first glance, it looks like COVID-19 was out of control at Abramson Senior Care Center in Wynnewood, Montgomery County.

New facility-specific data released Tuesday by the Pennsylvania Department of Health shows the center appearing to have more COVID-19 infections than it has beds: 40 confirmed cases since the start of the pandemic at the 35-bed facility.

But members of the staff there say they followed every guidance to a T. They tested every resident early on, which many nursing homes have yet to do, set aside a COVID-only floor, and considered themselves a model for best practices at containing the virus in nursing homes. In fact, they were doing such a good job, the state approved the facility’s waiver application to take positive COVID-19 patients as they were discharged from Lankenau Medical Center — which with the center shares a campus — but who are still in need of more care, and in some cases, hospice care.

According to Abramson’s CEO, Carol Irvine, all 40 COVID-19 cases were referred through the hospital, and not a single case occurred among residents who had lived there previously. In other words, there were zero incidences of community spread.

Data released by the state also reports that nearly half the facility’s capacity had passed away, with 16 deaths. Irvine said that’s just flat-out wrong.

“We don’t even know where they got this information,” she said. According to Irvine, only three Abramson residents have died.

After weeks of mounting public pressure, the state Health Department released on Tuesday nursing home case counts and death tallies in the name of transparency. But inconsistent recordkeeping and mismatched data sources created an inaccurate picture that many at nursing facilities said misrepresents the situation on the ground.

At Legacy Gardens, another small nursing facility in Bristol, Bucks County, RN Betsy Schmidt said six COVID-19 fatalities have been recorded since the pandemic began, one less than the state reported. Schmidt said the seventh death had nothing to do with COVID-19 — her team had even tested the deceased, and the results were negative.

One nursing home with a seemingly high death-to-bed ratio on the state’s list is Bellingham Park Lane, a 64-bed skilled nursing facility in West Chester, Chester County, where 15 patients died. But Teresa Long, the facility’s executive director, said those deaths actually occurred among residents of the entire Bellingham campus, which includes independent living facilities and personal care. All told, out of the nearly 250 residents at Bellingham, 17 people died of COVID-19, and in fact none of them were residents of the skilled nursing facility on the state’s list.

Counts were also off at Juniper Village at Bucks in Bensalem, where 10 more staff members were infected than the state reported. Based on the facility name listed on the state’s spreadsheet, the counts would appear to apply only to Juniper’s Village’s skilled nursing and rehabilitation sectors — but that would mean there were twice as many coronavirus cases as those facilities have beds.

The real burden of the inaccuracies is felt by frontline workers at each of the facilities, said Zach Shamberg, president of the Pennsylvania Health Care Association, which advocates in Harrisburg on behalf of long-term care centers. Because family members can’t visit their loved ones, they have been relying on critical information dispatched from nursing home administrators and staff, he said. If it looks as if that information is faulty, the entire relationship with a family’s care team is at stake.

“Once people lose confidence in their caregivers, that confidence is gone forever. And that’s what happened yesterday,” Shamberg said Wednesday.

According to Shamberg, the Department of Health sent an alert to all nursing home administrators last Friday, letting them know that in addition to the reporting they were already doing, a new database would be put into place by midnight the following day, giving providers a little more than 24 hours to report data.

“If we found that the data reported by Monday was inaccurate or incomplete, why not delay the process?” asked Shamberg, whose trade group has supported transparency from long-term care facilities since the start of the pandemic.

But Nate Wardle, spokesperson for the Department of Health, said the state could not use that information because not all facilities reported cumulative data as instructed.

“That is the primary reason we could not use facility-reported data when we provided the data yesterday,” Wardle wrote in an email.

Instead, he said, the state looked to the Pennsylvania National Electronic Disease Surveillance System, or NEDSS, to which facilities had been submitting data throughout the pandemic, to calculate cumulative case counts at each one. Where there is a county health department, that data entry is often done by the county, not by a center directly.

To get the death tallies, the state cross-referenced death reports entered into the state’s Electronic Death Recording System with COVID-19 patient information that had been entered into NEDSS.

Operators said it seemed possible the state may have miscounted if it drew from some combination of information systems to which nursing homes are required to report. Carol Irvine at Abramson said her administrative team submits details on COVID positive cases, pending cases, available beds, personal protective gear inventory and more on a regular basis to no less than seven different reporting systems, occupying hours of her employees’ time each day: the state Department of Health, the Montgomery County Health Department, the Centers for Disease Control and Prevention, area hospitals and the local fire marshal.

“Only second to the Nuclear Regulatory Commission, we’re the most regulated industry in the United States,” Irvine said. “Unfortunately, we’re the part of the health care sector with the least amount of funding.”

Shamberg, of the Pennsylvania Health Care Association, said that after multiple conversations with staff at the state Health Department and the Governor’s Office, his request for the data to be taken down until it is rectified was denied.

He said his organization is considering legal action to compel the state to do so.