It's unclear who would administer the tests, who would supply them and — who would pay.

May 21, 2020 | 6:04 PM
With our coronavirus coverage, our goal is to equip you with the information you need. Rather than chase every update, we’ll try to keep things in context and focus on helping you make decisions. See all of our stories here.

(Harrisburg) — Pennsylvania must boost its testing numbers several times over to meet Gov. Tom Wolf’s goal of administering a weekly coronavirus test to well over 100,000 people in long-term care facilities across the state, a gigantic undertaking that health officials are scrambling to make a reality in less than two weeks.

It’s unclear who would administer the tests, who would supply them — and, despite Wolf’s assurances that emergency federal aid will cover the tab — who would pay.

Nursing homes and other long-term care facilities have struggled for months to contain the virus, with many lacking the trained staff, testing supplies and personal protective equipment in the early going that could have helped them slow the spread, according to public health experts.

Residents of long-term care homes account for roughly two-thirds of the statewide death toll of more than 4,800, a higher proportion that in most other states.

The White House has strongly urged testing of all residents and staff at the nation’s hard-hit nursing homes. On Wednesday, Wolf said his administration has a plan in place starting June 1 “that we will be testing every employee and every patient once a week.” He repeated the vow in a call with reporters Thursday. 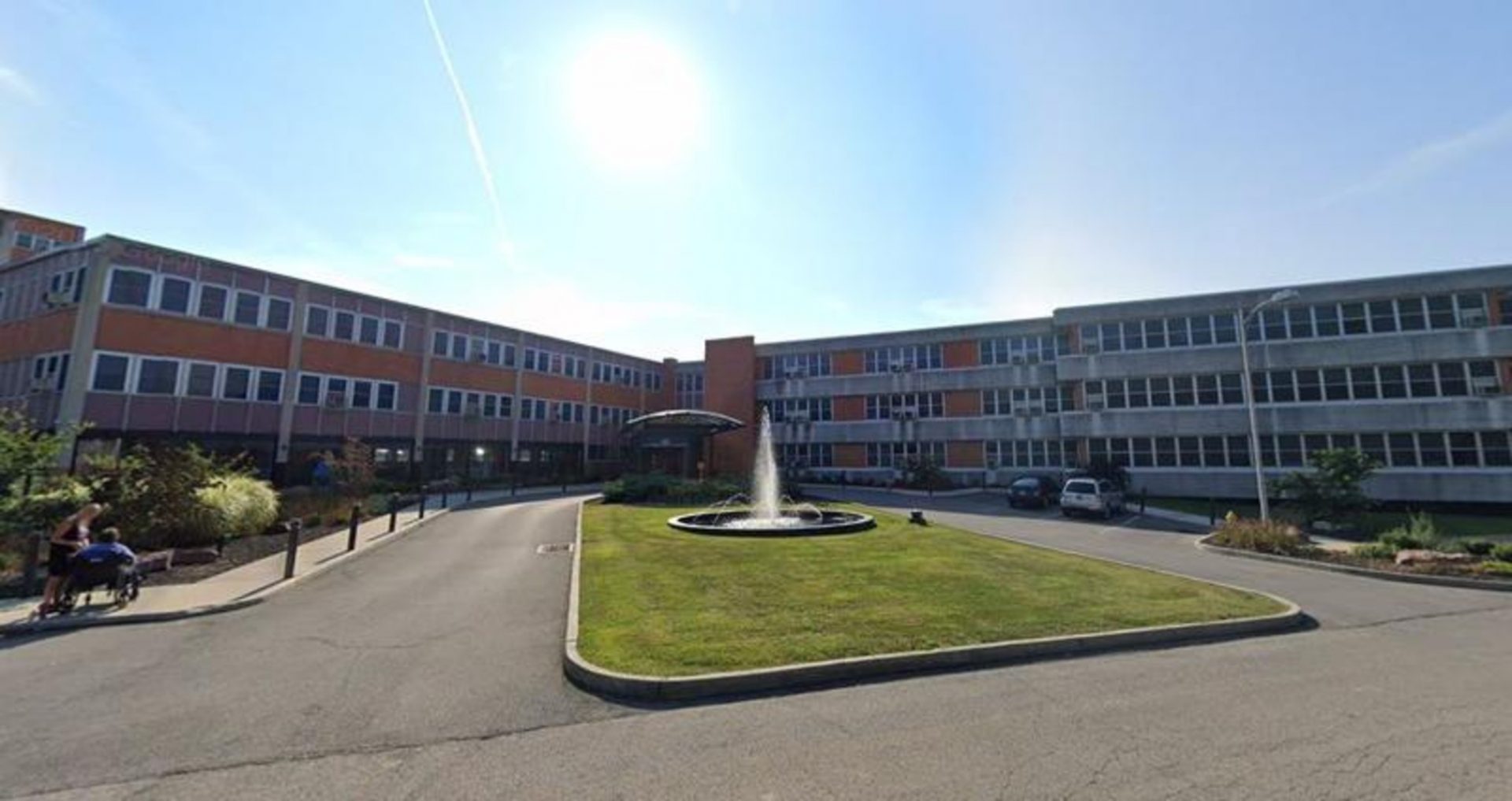 But the Wolf administration has made no such plan public, and the numbers make clear that such widespread, weekly testing would present a daunting challenge.

“Without a plan, and without adequate supplies to do it, we’re concerned about how well it’s going to be implemented,” said Adam Marles, president and CEO of LeadingAge PA, which represents hundreds of nonprofit nursing homes statewide.

More than 120,000 people live in about 1,900 nursing homes, assisted living centers and personal care homes regulated by the state, according to information from state agencies. The facilities have tens of thousands of workers.

That means Pennsylvania could have to figure out how to administer more than 200,000 tests a week, or 800,000 a month, to monitor every long-term care resident and employee for the virus.

In the first three weeks of May, by contrast, Wolf’s Department of Health has reported the results of about 140,000 tests among all residents statewide.

“This is a massive lift and it’s great for a sound bite, but it’s not quite clear that it’s actually doable,” said Dr. David Nace, medical director of UPMC Senior Communities and the president of The Society for Post-Acute and Long-Term Care Medicine.

Given the extreme cost and demands on staff, Nace said, it makes more sense to routinely test the highest-risk people, such as those residents going in and out of facilities for things like dialysis or medical procedures. 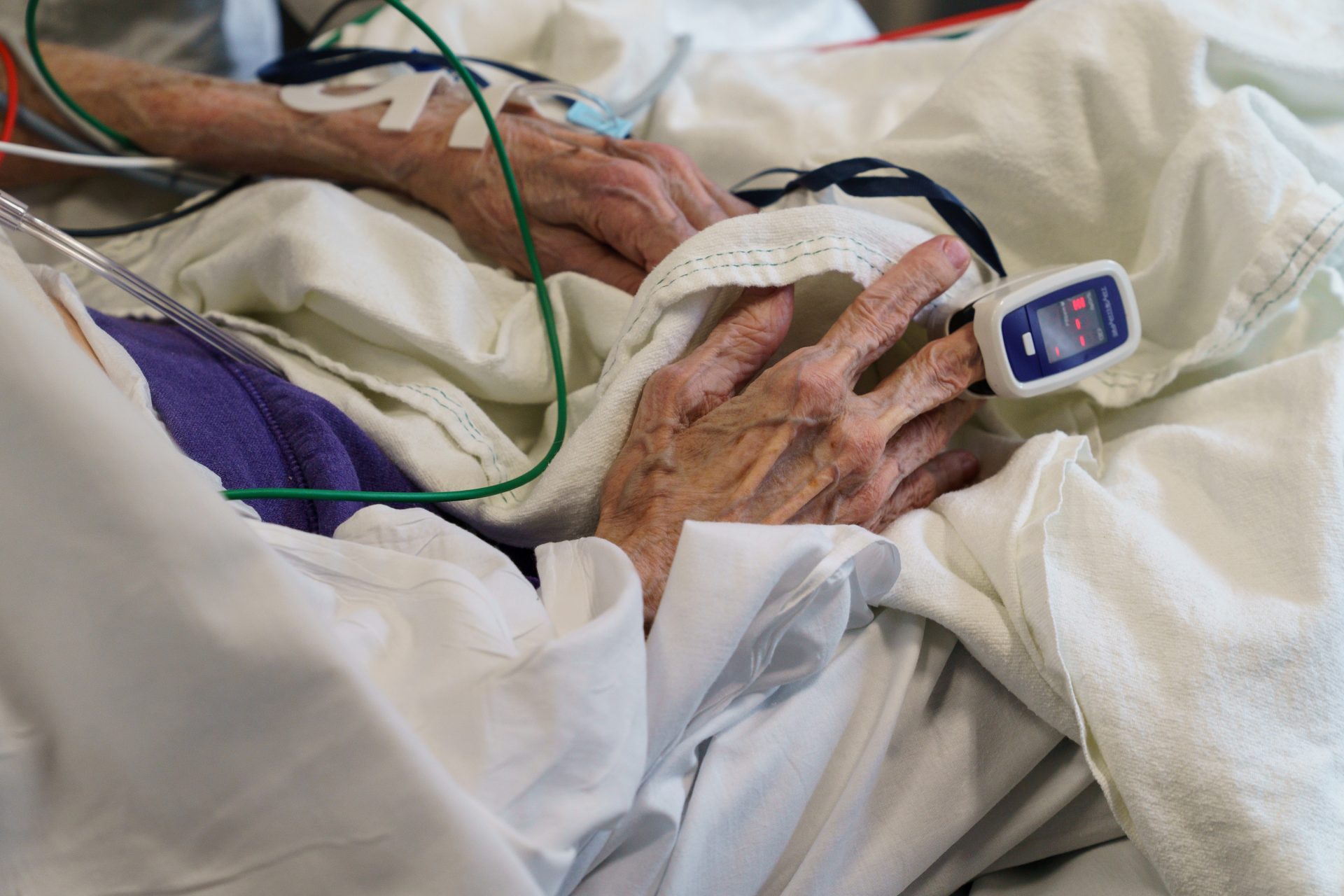 Pennsylvania emergency response officials had a plan to protect nursing homes before the coronavirus swept across the state, but it was never fully implemented. Now, many say the state still isn’t doing enough, and what it is doing might be too little, too late.

The American Health Care Association, a nursing home trade group, estimated that it would cost $22 million for a one-time test of about 148,000 nursing home residents and staff in Pennsylvania.

Long-term care facilities will need to have a sufficient and steady supply of tests, enough trained staff to administer them on a weekly basis, and a plan to deal with increased numbers of workers and residents who are positive for the virus, Stephens said.

The biggest bottleneck of all, she said, could be at the laboratories that process the tests, especially if businesses and other organizations start their own virus testing initiatives as the state’s battered economy gradually reopens. 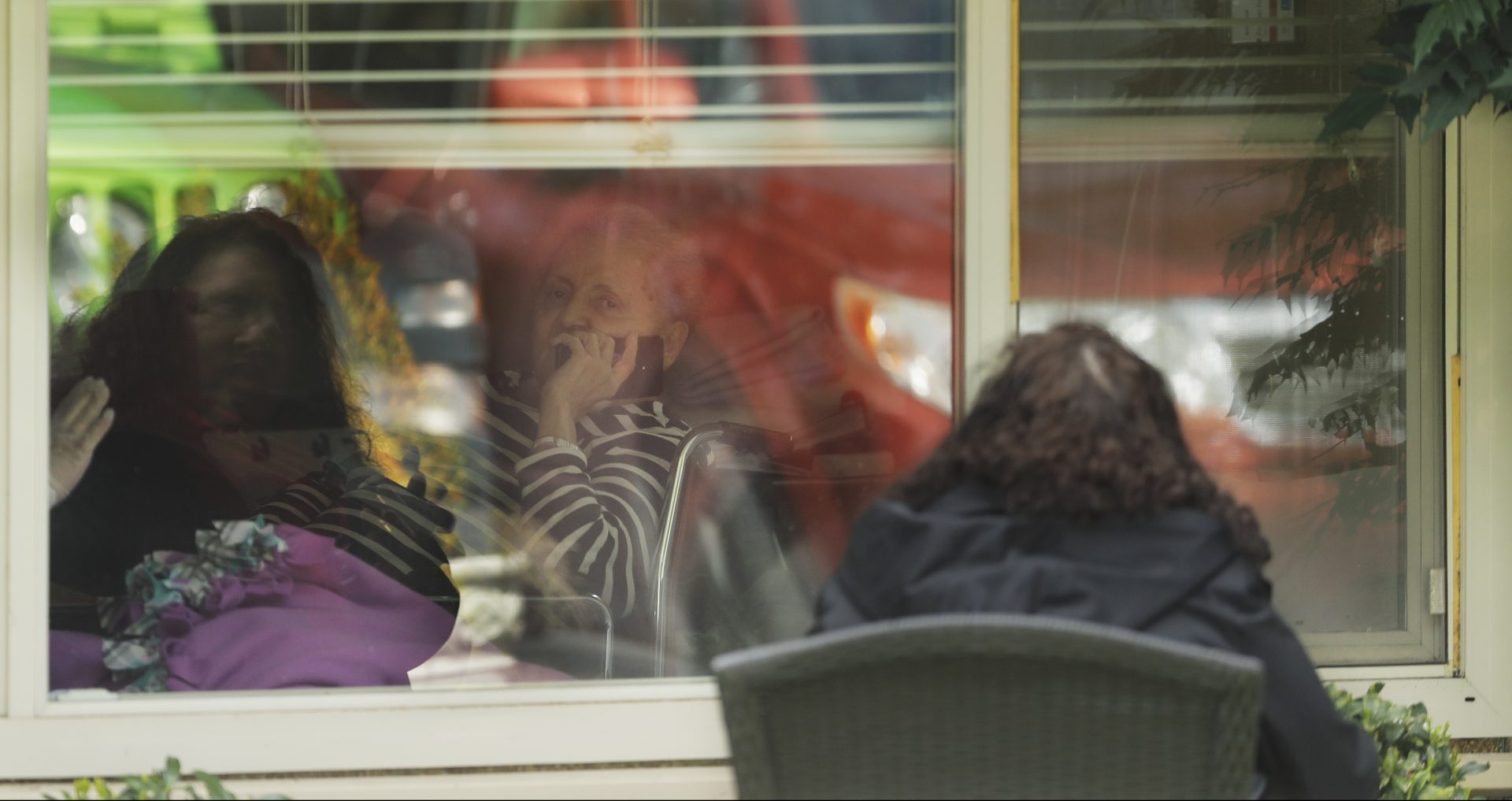 Bridget Parkhill, right, talks on the phone as she visits with her mother, Susan Hailey, center, who has tested positive for the new coronavirus, Thursday, April 2, 2020, at the Life Care Center in Kirkland, Wash.

“I think the intent is really good and solid. I think the time frames are difficult,” Stephens said. “It’s not going to happen immediately. There’s no way for it to.”

The state health secretary, Dr. Rachel Levine, said Thursday that nursing homes struggling with high numbers of infections will be prioritized for weekly testing, “and then we’ll be looking to test all of the patients and all of the staff throughout the state.”

She offered few details about how that’ll be accomplished, other than to say that “our testing capacity has increased significantly,” doubling since early May.

But Zach Shamberg, president and CEO of the Pennsylvania Health Care Association, a nursing home trade organization, questioned whether sufficient capacity exists in Pennsylvania to do the kind of testing that Wolf has promised.

UPMC’s Nace agreed. “First and foremost is there’s not enough tests to do it,” he said.

There’s also the question of funding. If nursing homes must pay for the testing, Shamberg said, the financial burden will fall on front-line providers that are already underfunded.

Wolf said the funding will come from Pennsylvania’s share of the massive federal coronavirus relief law signed by President Donald Trump in late March. Competing bills to appropriate the federal money are working their way through the state House and Senate, each steering about $500 million to nursing homes, long-term care facilities and programs for the elderly.

It’s unclear when a bill might reach Wolf’s desk.

But nursing homes want to use that federal aid to cover other coronavirus-related costs. Marles, with the nursing home group, said the state should instead draw from another pot of federal money intended specifically to boost state testing efforts.

Newly released data show how rampant the virus has been inside nursing homes.

A health department list names more than 550 Pennsylvania facilities that have reported infections or deaths. Forty-six facilities reported 20 or more deaths linked to COVID-19, and 30 reported that at least 100 of their residents have tested positive for the virus since early March, when the first infections were confirmed in Pennsylvania.