Scott Hoffman sits on his porch in Sunbury, Northumberland County, on April 29, 2020.

How a plan to stay open led to conflict at one Northumberland Co. business

Plus: A look at how counties are forging ahead with reopening efforts 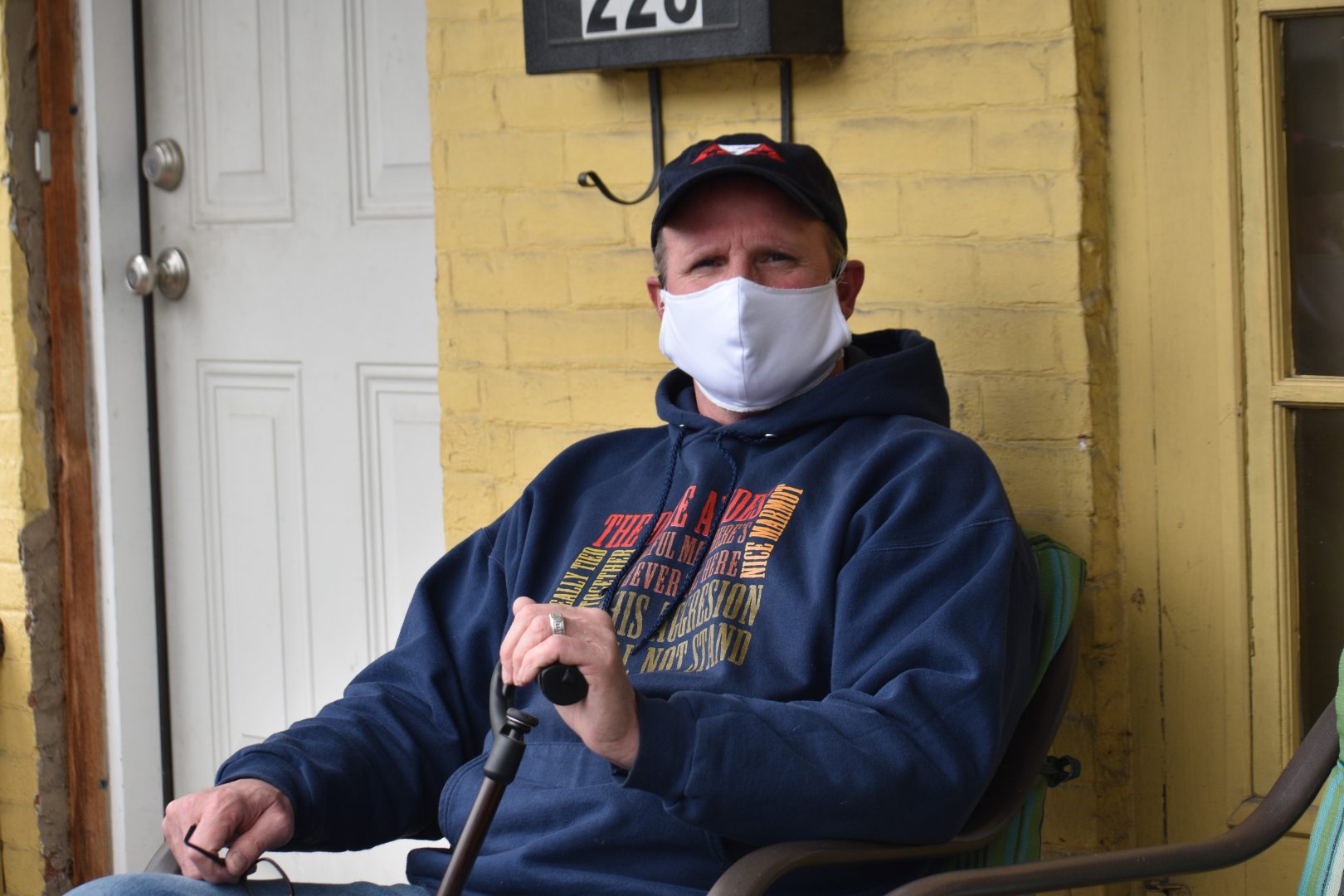 Scott Hoffman sits on his porch in Sunbury, Northumberland County, on April 29, 2020.

Over the past few weeks I’ve read many stories about manufacturers deciding to switch gears and make masks or other types of personal protective equipment during the coronavirus pandemic. It’s a way to keep the doors open and, more importantly, do some good. But at one Northumberland County business that simple idea didn’t prove simple at all. More details below. —Ed Mahon, PA Post reporter Scott Hoffman, 57, first started working at All Sports America in the summer of 1998, cleaning jerseys and equipment. At the time, his car was broken down and he often rode his bike to work. Hoffman landed a full-time position the following January and was promoted to production manager within a few years. He said he hoped to work at the sports uniform manufacturer and distributor until he retired.

But he walked off the job on April 16, two weeks after the company received a special waiver from the state to stay open. Instead of sports apparel, the company would convert its production line to making masks.

“I am not quitting,” Hoffman recalled saying that day. “But I’m going to leave the building if you proceed with this, because I will not be a part of putting everyone’s life in jeopardy.”

The next day, three other workers also left.

I took a deep look at the dispute and its lasting impact for everyone involved in this story.

I spoke with the company’s majority owner and president, Richard Rock, who saw the change to masks as a way to avoid bankruptcy. He told me he takes the coronavirus threat seriously. He said his wife has a compromised immune system, and that they bought $900 worth of groceries — three carts full — in February to make sure they could practice as much social distancing as possible.

“If I get it, she’s gonna get it, and … she has so many health issues that it would be crazy,” Rock told me.

I expect the issue of workplace safety will be an ongoing concern as more and more businesses reopen. Some examples in recent stories:

If you are an employee with a safety concern, or if you are an owner struggling to keep your business staffed, we want to hear from you. Please drop us a line at the Listening Post. A customer exits Fischer Hardware in Beaver, Pa., Tuesday, May 12, 2020. Beaver County Commissioners have said they disagree with Pennsylvania Governor Tom Wolf and the county will act as if they are transitioning to the “yellow” phase on May 15. Pennsylvania Governor Tom Wolf announced, May 8, that 13 southwestern Pennsylvania counties, not including Beaver County, that would remain in the “red” phase where the stay-at-home order is still in effect, would move to the “yellow” phase on May 15. (Gene J. Puskar / AP Photo)

Pa. among states eyeing expanded options for voters with disabilities