“We have decided not to partake in these frankly unenforceable declarations of independence, as it were, from the law." 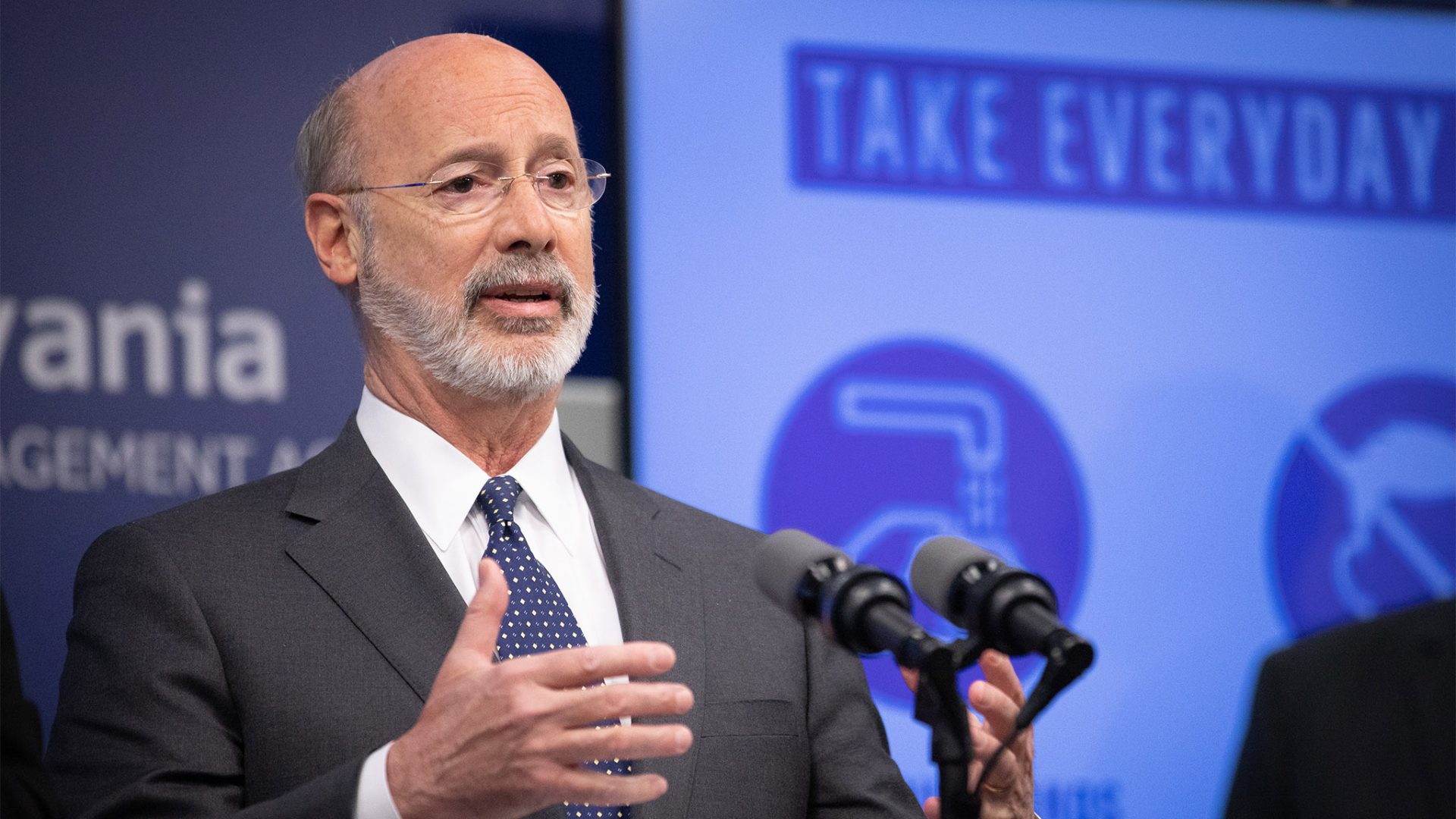 (Philadelphia) — Nearly two months into Pennsylvania’s coronavirus-induced lockdown, tension over when and how to reopen the state appears to be reaching a boiling point.

Commissioners in at least one county that is still complying with the orders, meanwhile, say they have felt pressure from state lawmakers to follow suit and begin defying the governor.

And while it appears Wolf has legal precedent on his side, it’s less clear how he’ll be able to enforce stay-at-home and business closure orders if counties don’t want to listen.

Dissent over the orders began popping up in earnest during the weekend. To date, at least Lebanon, Dauphin, Lancaster, Franklin and Schuylkill counties have definitively declared their intentions to begin reopening.

Most of the declarations make similar arguments.

Lancaster County commissioners, for instance, wrote that they have “demonstrated time and time again that our leaders are able to find local solutions to local problems through collaboration.”

They said their approach “is far different than that of the Governor, who has not demonstrated an interest in or ability to coordinate with those outside of his administration.”

Six more counties have sent letters to Wolf urging him to allow them to reopen more quickly: York, Perry, Bucks, Beaver, Berks and Cumberland. All, however, have so far appeared to stop short of saying they’ll take matters into their own hands.

Wolf’s response came Monday morning and was — uncharacteristically, for the usually conflict-averse Democrat — an unambiguous threat.

If the counties don’t cooperate, he said he’ll cut off federal recovery funding from the CARES Act and other sources. And if businesses reopen in defiance of his orders, he said they’ll risk losing their Health Department certificates, liquor licenses and certificates of occupancy.

“To those politicians who decide to cave in to this coronavirus, they need to understand the consequences of their cowardly act,” Wolf said, adding that businesses that ignore state guidelines and reopen “will probably find themselves uninsured. Because insurance does not cover things that happen to businesses breaking the law.”

Scott Burris, who directs Temple University’s Center for Public Health Law Research, said he thinks Wolf is well within his rights under an emergency order. But, he added, that doesn’t mean he’ll have an easy time reigning in counties determined not to listen.

“The state emergency powers law doesn’t actually say anything about forcing lower governments who don’t wish to comply, to comply,” he said. “I don’t think it ever occurred to somebody writing one of those laws that counties would act this way.”

Even counties that don’t want to buck Wolf’s authority have felt pressure to do so.

Cumberland County Commissioner Gary Eichelberger, a Republican, said over the weekend, he and his fellow commissioners received a letter from the state representatives and senators who represent parts of his county, essentially declaring that the county would reopen.

Eichelberger said he strongly believes Cumberland County could probably start reopening some businesses safely. But he and his fellow commissioners — a Republican and a Democrat — didn’t sign the letter. The Cumberland delegation ended up sending a version to Wolf without their approval, though the county sheriff did sign it.

The state lawmakers from Cumberland County did not immediately respond to requests for comment about their interactions with county officials. Eichelberger said to him, their actions felt like an attempt to “intimidate” — and added he doesn’t believe their argument has strong legal footing.

“We have decided not to partake in these frankly unenforceable declarations of independence, as it were, from the law,” he said.

He noted, state lawmakers — not county officials — have been similarly driving discussions about reopening in other counties. In York County, for instance, the House and Senate delegation issued a letter that wasn’t signed by any county commissioners. In Franklin County, only one commissioner signed.

Even counties that had previously seemed to be moving to defy Wolf’s orders softened their approaches after the governor noted he could pull funding and business licenses.

District attorneys in both Lebanon and Berks Counties sent out advisories saying that while they don’t plan to prosecute businesses that defy stay-at-home orders, that doesn’t mean proprietors won’t face adverse effects.

“Inherent limitations on my actions unfortunately exist,” Lebanon County DA Pier Hess Graf wrote. “If you, or your business are subject to state regulation or licensure, you are subject to the governor’s civil consequences.”

As part of his executive emergency order, Wolf — like nearly every governor in the country — has claimed the authority to decide which activities are safe, and which are likely to lead to coronavirus outbreaks.

His administration came up with a three-tiered system to classify danger levels, and has been gradually allowing certain counties with low infection rates to ease up on restrictions. To date, 24 counties have been moved from the high-risk “red” phase of the plan into the medium risk “yellow” phase, and 13 others have been told they’re next in line.