State officials so far have rejected calls to exclude what is happening inside nursing homes.

Some Pa. counties push to exclude nursing home cases from reopening formula, but experts caution against it

Reopening too soon could exacerbate the already devastating death toll in long-term care facilities, they say. 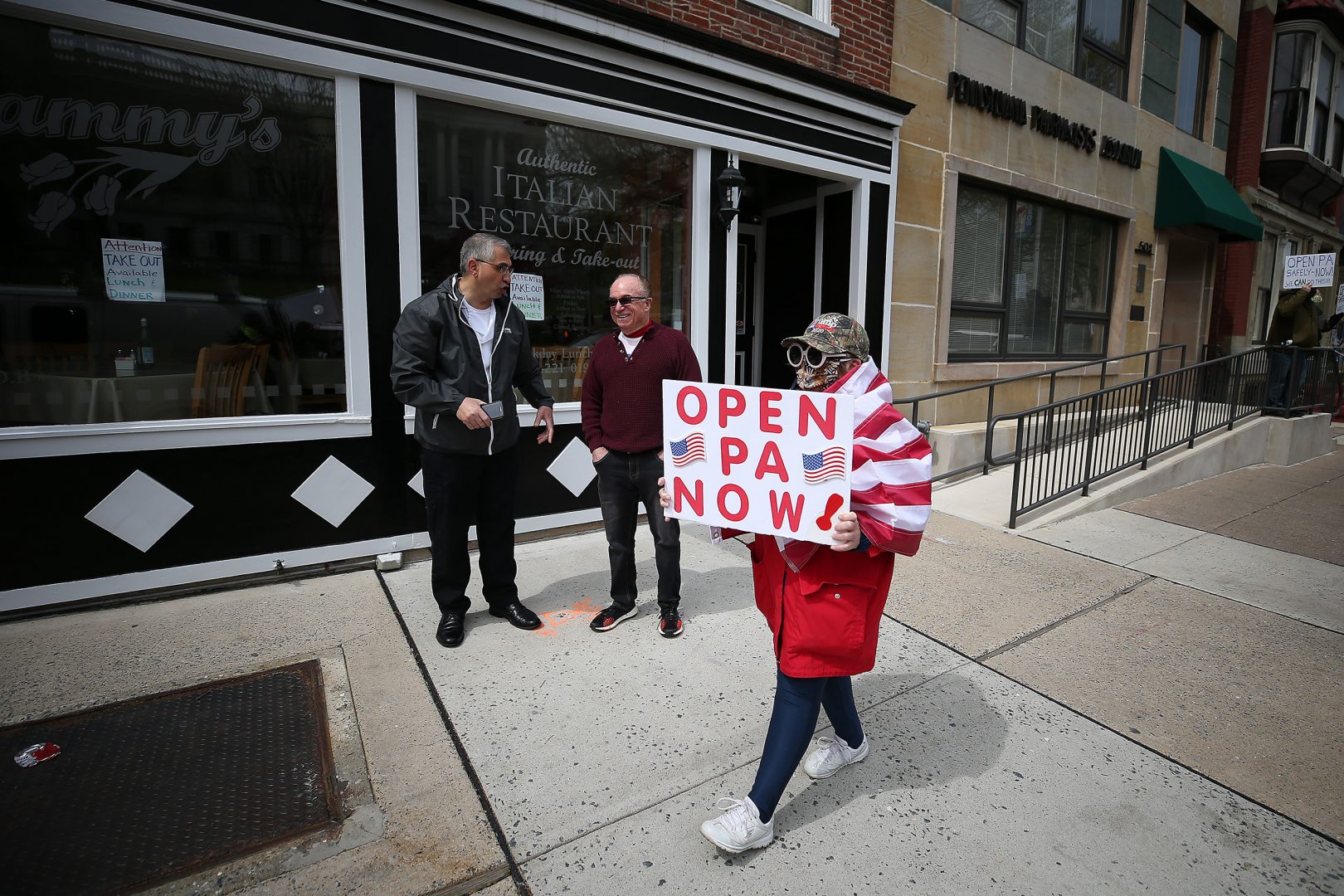 State officials so far have rejected calls to exclude what is happening inside nursing homes.

HARRISBURG — As the coronavirus continues to tear through Pennsylvania’s nursing and personal-care homes, pressure is mounting on the Wolf administration to exclude those cases when deciding which counties can relax restrictions so people can begin resuming some of the normal patterns of daily life.

Officials in some counties with surging numbers of care-home deaths have suggested that the administration should adjust its criteria for reopening. This week, they were joined by several state lawmakers, who raised the prospect at legislative hearings and in letters to the governor.

But some public health officials caution that removing those numbers from the equation for reopening could have devastating implications for some of the state’s most vulnerable residents, who could be even more at risk of dying from the virus should an area open prematurely.

Care homes are highly contained clusters of people who are most susceptible to complications and death from the virus, making its presence there much easier to detect. That could skew the data to make it appear as though it’s out of step with the general population.

But since the state still knows very little about the spread of the virus throughout Pennsylvania as a whole — having tested just 2% of the population — a comparison is difficult to make.

“I think there is a falseness to how those numbers are being interpreted,” said Chrysan Cronin, director and professor of public health at Muhlenberg College, noting that state officials have prioritized testing for people who exhibit symptoms as well as for front-line health workers.

Adam Marles, president and CEO of LeadingAge PA, which represents more than 365 nonprofit nursing homes, said the greatest threat to seniors in long-term-care settings as communities reopen will be “asymptomatic employees coming into work, unaware they may be sick and creating new infections in these settings, because the people who live there are so vulnerable.”

“Until we have widespread testing, the risk won’t diminish,” he said.

State officials so far have rejected calls to exclude what is happening inside nursing homes. Health Secretary Rachel Levine said this week that although the majority of the reported deaths have occurred inside nursing homes, residents there do not make up the lion’s share of the state’s more than 54,000 positive cases. Those, she said, are happening in the community.

The state is using a color-coded, three-tiered system for reopening counties. A key benchmark to lifting a stay-at-home order and resuming some business operations is that counties or regions report fewer than 50 new COVID-19 cases per 100,000 people over 14 days in a row.

The first 24 counties, most in the northern and northwestern part of the state, entered the yellow phase Friday, meaning certain businesses can reopen with restrictions. The governor announced that 13 more counties in the Pittsburgh region will move to the yellow phase next Friday.

But in more densely populated regions that have been harder hit by the virus, such as Philadelphia and its collar counties, it could be many weeks before they can meet the threshold to begin emerging from lockdown.

Those areas, according to state health data, have some of the highest numbers of reported care-home deaths. In Montgomery County, 429 care-home residents have died, accounting for 83% of the county’s deaths.

About 35% of the county’s positive cases have been among seniors in those facilities, according to data released daily by the state Department of Health.

Similarly, in Delaware County, about a quarter of the county’s 4,680 total cases have been among long-term-care residents, but nearly 300 of the 382 people who have died were living in nursing homes or similar facilities.

Earlier this week, the Delaware County Council urged Wolf to exclude the number of new cases in nursing homes from the overall total when making a reopening decision. And in Bucks County, officials recently appealed to Wolf for flexibility. Although they did not specifically ask him to discard the high rate of infection among the county’s nursing home population, they wanted him to ease his requirement for a specific downward trajectory of cases over 14 days.

During a virtual news conference on Thursday, Bucks County officials noted that their county, which has its own health department, is doing extensive contact tracing, and it shows that community spread outside nursing homes is decreasing.

“What’s really important is that we look at who gets sick and why,” said David C. Damsker, who heads the Bucks County Health Department. “So the number ’50 per 100,000′ is arbitrary.… We are looking at the trends, we are looking at who is getting sick, and that tells us a lot more about what is going on in Bucks County than any specific number.”

Damsker said another important metric is hospital capacity, including the number of available ventilators. He also said the county’s overall rate of infections is on its way down.

“That’s the information you look at as a whole,” Damsker said.

During a state Senate hearing this week, Val Arkoosh, a physician who chairs Montgomery County’s Board of Commissioners, said she believes it is not appropriate, on a fundamental level, to discount positive cases in long-term-care facilities.

“First of all, they are human beings,” Arkoosh told a panel of senators. “And I worry about ever saying someone shouldn’t be counted. That bothers me as a physician on a number of moral and ethical planks.”