Workers from the garment sector block a road during a protest to demand payment of due wages, in Dhaka, Bangladesh, in April. Thousands of garment workers who produce items for top Western fashion brands protested against unpaid wages, saying they were more afraid of starving than contracting the coronavirus.

U.N. warns number of people starving to death could double amid pandemic 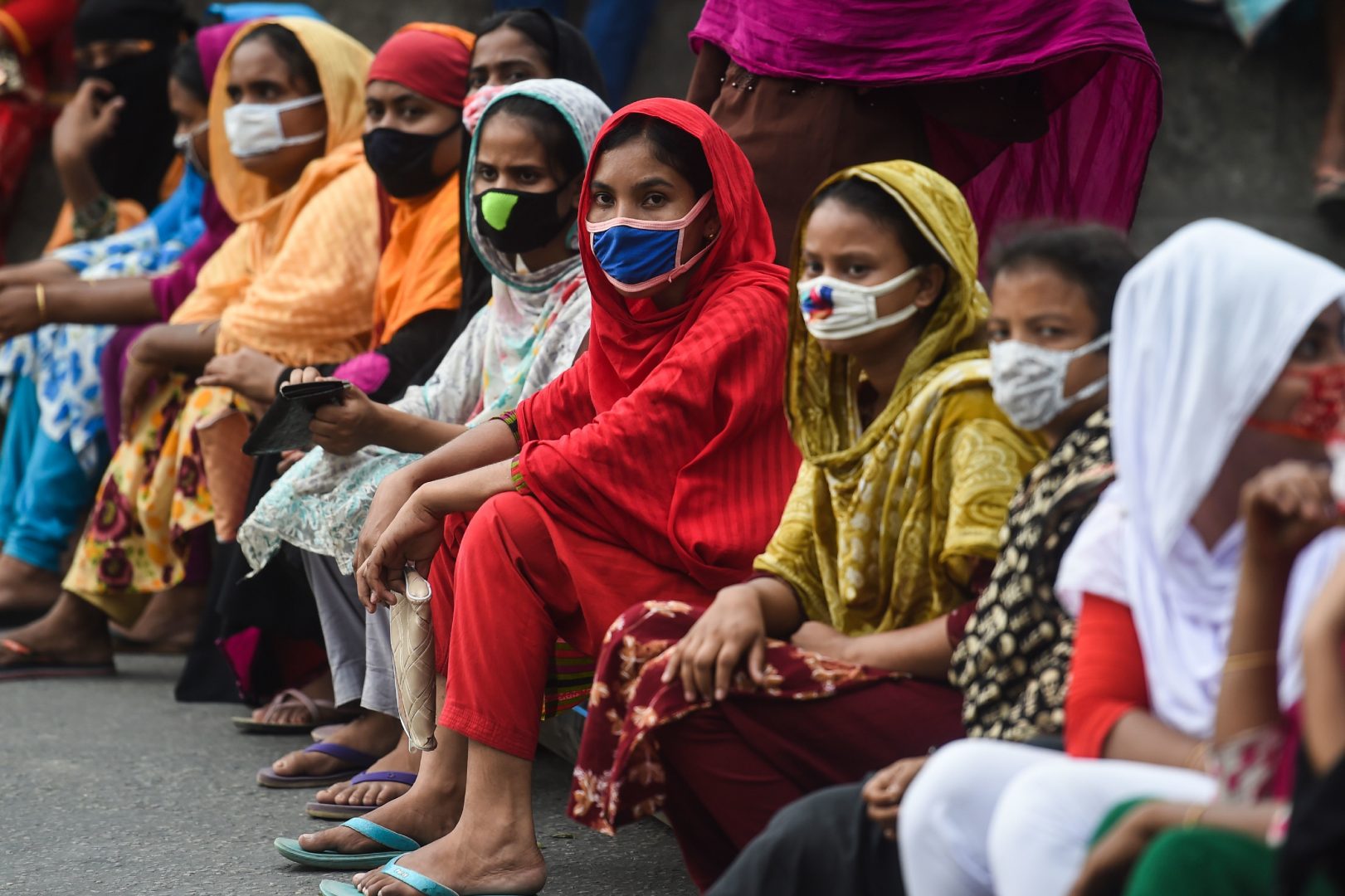 Workers from the garment sector block a road during a protest to demand payment of due wages, in Dhaka, Bangladesh, in April. Thousands of garment workers who produce items for top Western fashion brands protested against unpaid wages, saying they were more afraid of starving than contracting the coronavirus.

The U.N.’s humanitarian chief has warned that without global cooperation and financial assistance, the number of people dying from hunger or hunger-related diseases could double this year due to the economic fallout of the coronavirus pandemic.

“The effect of that is going to be, for the first time in probably in 30 years, a big increase in the number of people in extreme poverty, people living on less than $2 a day,” said Mark Lowcock, U.N. Under-Secretary-General for Humanitarian Affairs and Emergency Relief Coordinator.

“And as part of that,” Lowcock said, “we expect, unfortunately, that there could be a doubling this year in the number of people who are literally starving to death and won’t survive unless they get help.”

Lowcock is calling on the world’s wealthiest countries to provide $90 billion in relief aid to the poorest. That amount would be sufficient to protect 700 million of the world’s most vulnerable people, according to the U.N. Office for the Coordination of Humanitarian Affairs.

Every year, around 9 million people die of hunger, according to the international relief agency Mercy Corps. That’s more than the death toll of AIDS, malaria and tuberculosis combined. Nevertheless, convincing countries – many of which are battling massive challenges at home – to increase spending on foreign aid during this crisis will be a challenge. Lowcock, however, believes the cost of doing nothing will be even higher.

“If instability and conflict grows, as it tends to when economic stress is acute in those kinds of countries, it won’t just stay in those countries, it will spread,” he said. “So this is a matter of national interest and self-interest, not just of human generosity.”

Even though $90 billion is no small amount, it represents about 1.8% of the economic stimulus packages put in place by the world’s richest countries to cushion the economic impact of the coronavirus.

Under Lowcock’s proposal, which he presented in an op-ed piece in The Guardiannewspaper, two-thirds, or around $60 billion, could be provided by the World Bank and the International Monetary Fund, while the remaining $30 billion would require a one-off increase of 20% in foreign aid from the world’s wealthiest nations.

The IMF earlier this month forecast that the global economy will shrink by 3% in 2020, which would make it the worst recession since the Great Depression.

Leaders everywhere need “to recognize that there’s a shared problem, which requires shared action,” Guterres said. “No one will be safe until everybody is safe.”

Guterres launched a $2 billion appeal on March 25 to help vulnerable and conflict-torn countries deal with the coronavirus pandemic.

For these federal employees, telework means productivity is up, their backlog is down