In Erie, Andrew Cousins waits for rides and to return to a Saturday night tradition

He hoped others would follow all of the social distancing requirements and recommendations, so that the threat of the coronavirus could pass more quickly.

edmahonreporter · Andrew Cousins: ‘I want to go back to my normal Saturday night routine,”

In a parking lot in Erie, Andrew Cousins sat in his car and waited for one of his rideshare apps to ping him, letting him know a customer was nearby.

He’d been out for a couple hours with only a few customers.

Recording himself on his phone, he pointed out the view of Presque Isle Bay.

He got excited when he saw an electric vehicle.

Then Cousins, a 37-year-old Uber and Lyft driver, apologized.

He went back to waiting — and feeling a little bit of unease.

As the coronavirus pandemic spread, Cousins saw his income as a rideshare driver drop by more than half.

Outside of work, he and other leaders of a community group, Nerds United in Erie, had to cancel their one-year anniversary celebration. And all the self-isolation reminded him of how he felt during his worst periods of depression, back when an old job required him to travel a lot.

Cousins documented his experiences in video diaries, two long interviews and many Facebook messages. In a stressful time, he found moments of connection.

Seven years ago, when Cousins moved to Erie from a small town in Armstrong County, the city’s population was just above 100,000.

Now, it’s a few thousand below 100,000 — and for Cousins, like many other people in Erie, that represents a troubling sign.

“With population declining, maybe other businesses will leave, just giving us less opportunities,” he said.

Leaving the city does cross his mind.

But then he remembers how he used to feel when his job testing 911 networks for mobile carriers required him to travel and to spend most of his time away from Erie.

Those were the worst times for his depression.

“I can just see that happening again, because I wouldn’t be around the people I know and love,” Cousins said. “And I don’t know if I want to risk that at the moment.”

Of course, during the pandemic, he can’t see many of those friends in person. That takes a toll.

The day after his first diary entry, recorded as he waited near Presque Isle Bay, was Easter, the weather was great and things were surprisingly busy. He didn’t have time for a video diary.

Mostly, he drove people going to and from stores or work. A few people went from home to home. Overall, it seemed like there were fewer other drivers on the road.

Back at home, he played Minecraft, chatted with some friends, and listened to “Don’t Stand So Close To Me” and other songs that seemed appropriate. 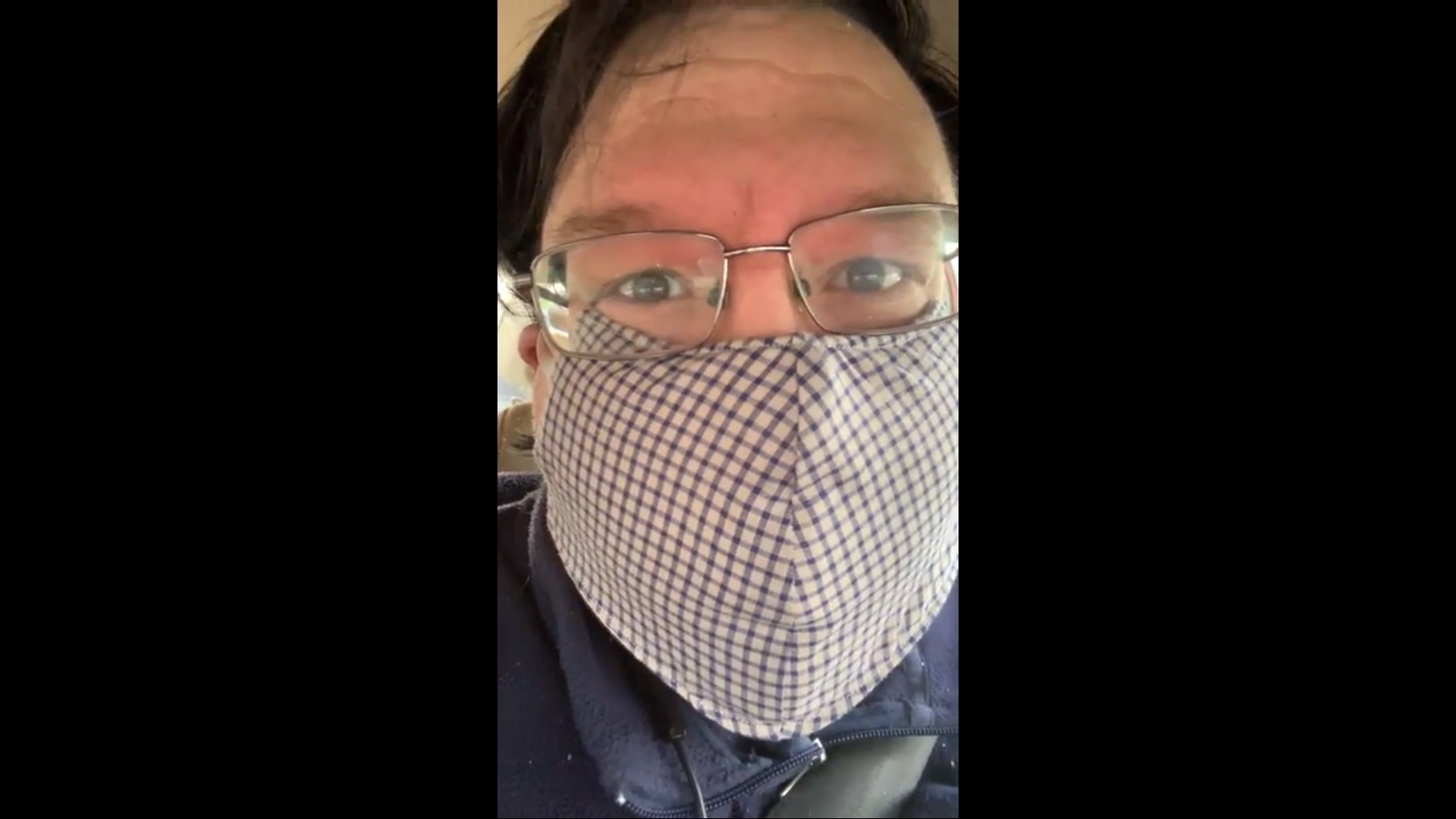 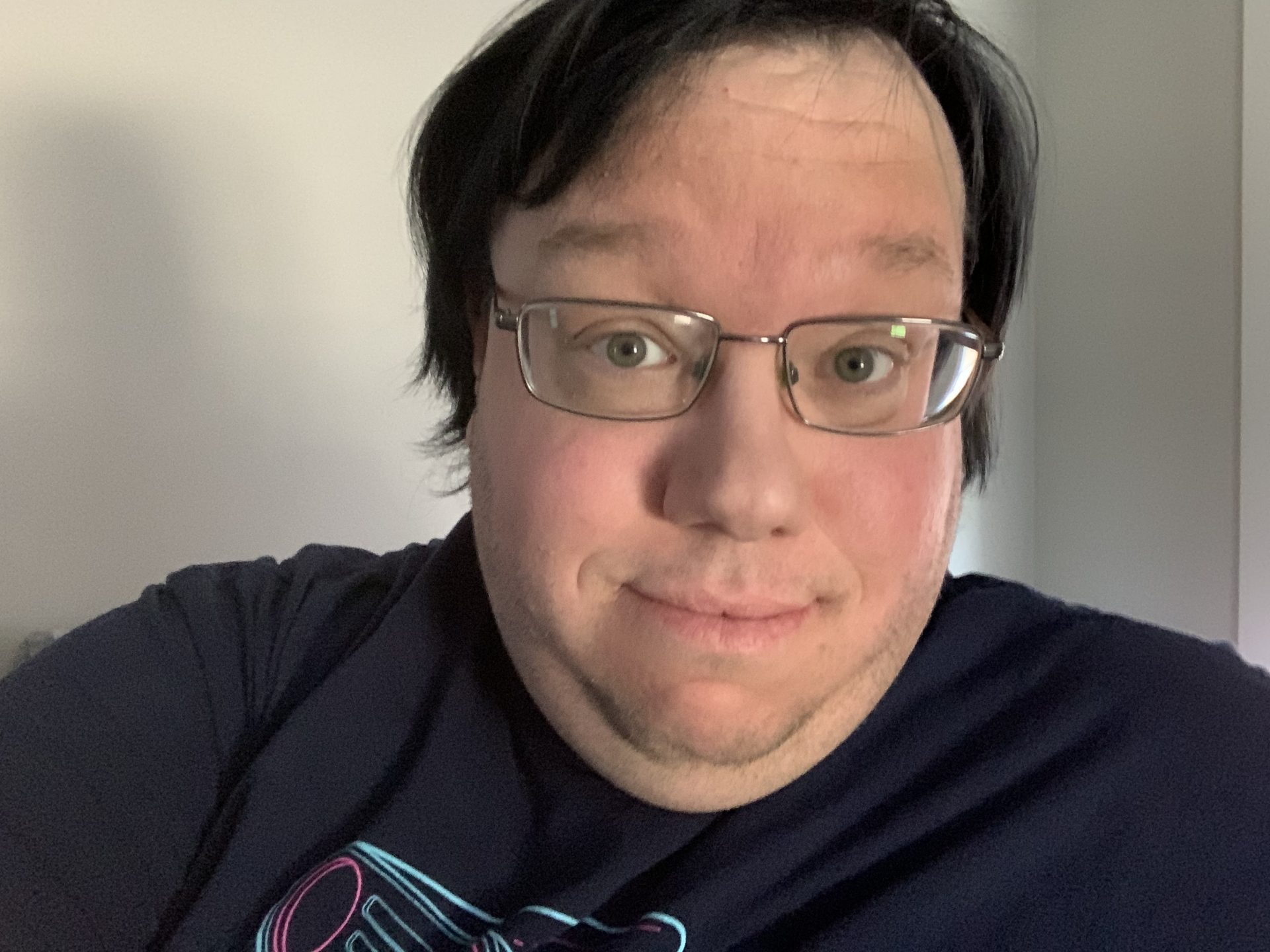 Andrew Cousins is a founder of the group Nerds United in Erie and a rideshare driver. He is seen in this submitted photo. 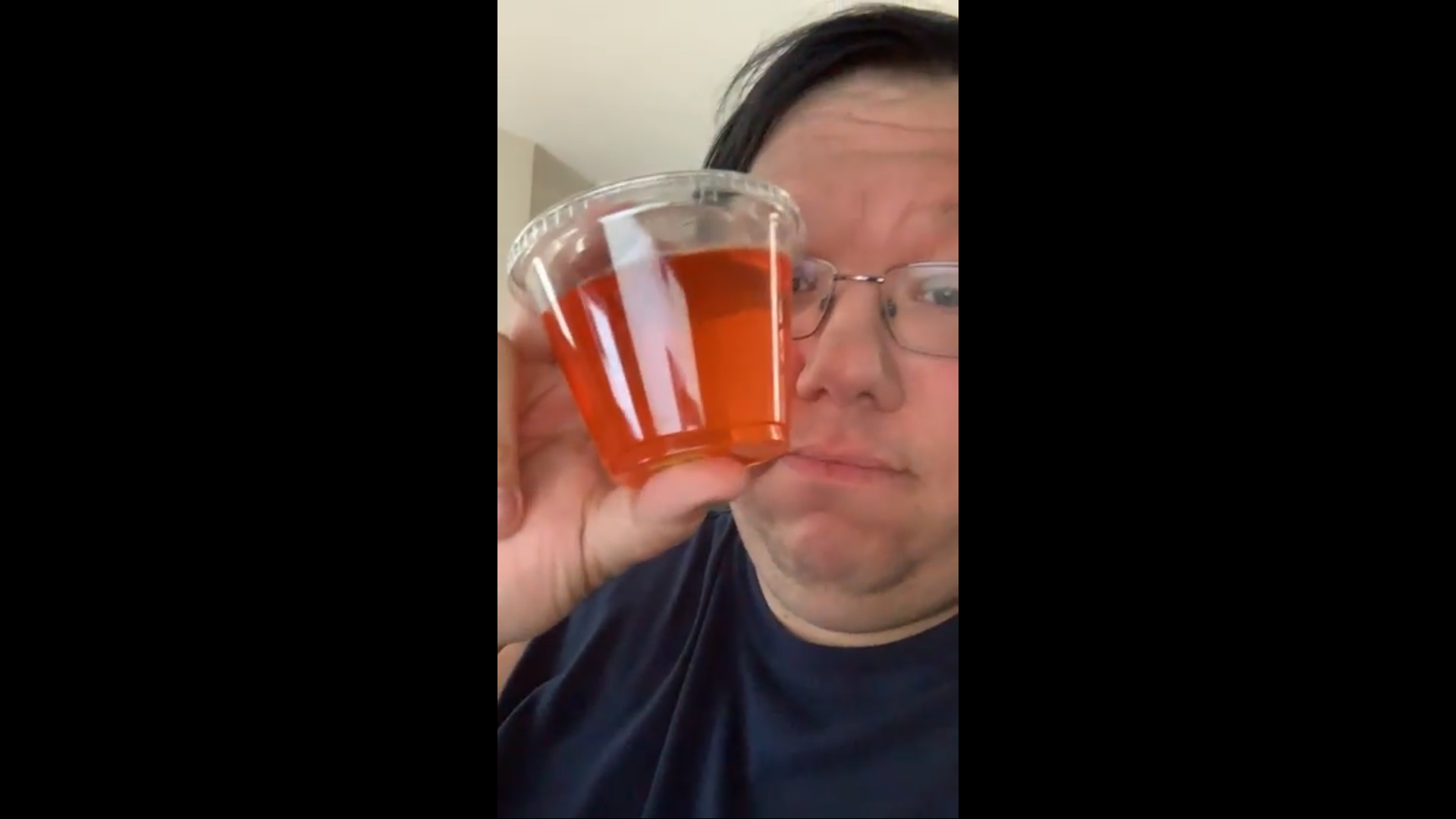 In a video on April 14, 2020, Andrew Cousins shows a snack that a roommate gave to him.

“As I anticipated,” Cousins said, “it’s totally dead out.”

It was a pretty good day. He drove a man to and from Edinboro, a little over 20 miles south of Erie, so he could pick up food and clothes.

“Hopefully whatever he grabbed from his parents’ place was able to help him,” Cousins said.

He had a mask — thanks to a roommate. It was small and fogged up his glasses, but it would work until other ones he ordered arrived.

He got his $1,200 stimulus check from the IRS. That meant he could pay his bills for the month.

He kept the workday shorter than usual.

“I just couldn’t really keep myself out,” he said, recording at night, just before going to sleep. The room lights were off, and he used an old phone as a flashlight.

“It just wasn’t a good mental day for me,” he said.

He decided he’d work on Friday but take the weekend off — he said he hadn’t taken a proper day off in weeks. “I know I’ll be OK for a little bit if I — not necessarily slack off — but just regain my composure,” he said.

Before the pandemic began, Cousins had a Saturday night tradition with a few friends: Go out to eat, play arcade games, and talk for a few hours.

He doesn’t have that now.

And, yeah, he can still connect online, but it’s not the same as seeing those friends in-person. He’s grateful that he has his roommates, but he misses those other people he cares about.

He hoped others would follow all of the social distancing requirements and recommendations, so that the threat of the coronavirus could pass more quickly.

“I want to go back to my normal Saturday night routine,” he said.

It seemed like many other drivers had given up, so Cousins was seeing more demand. Now, $40 days still happened, but $60 to $70 days were pretty common.

“It’s looking a little bit better for us full-time drivers,” he said.

He had submitted a resume for another IT position.

“They posted it recently,” he said. “So there’s apparently some people … their HR departments are still up and running. So we’ll see.”

Gov. Tom Wolf announced that Erie County is one of 24 in Pennsylvania that would move from the red to yellow phase on May 8, meaning the state will ease some business restrictions and allow people to leave their homes for any reason.

Cousins thought that was good news.

“That means we’re doing something right,” he said.

He figured most people will continue to work remotely, but thought he might see an increase in demand for Uber and Lyft drivers.

Gatherings of 25 or more people won’t be allowed, so it would be tough to organize an official Nerds United in Erie event.

But maybe, he said, a few friends could gather at a park.

Ed Mahon asked Andrew Cousins, a founder of the group Nerds United in Erie and a rideshare driver, to record video diaries to better understand how coronavirus has changed lives in that community. They also spoke in two video interviews and many times over Facebook Messenger.

Andrew told me that having the video diaries helped him look back and compare his days. When he watched one video, for instance, he said, “I could just see it in my face. …I didn’t want to be out there driving that day. But I still powered through somehow.”

He also said he really enjoyed the first interview. But, afterward, his mood went downhill.

“I don’t know why. …That’s the fun part of depression,” he told me in our second interview. “It just does things you can’t explain, and it’s a hassle.”

That later led to a conversation about how he missed his Saturday night routines with his friends.

This whole story with Andrew started back in March.

I was planning to visit Erie for an America Amplified reporting trip, so I reached out to several groups that were hosting public events that week.

I was supposed to attend a hearing for a proposed community college in Erie, a bingo fundraiser where the prizes would be different kinds of meat and a Harambee celebration at a middle school.The coronavirus canceled my trip and those plans.

But I started reaching out to some of the people who had events canceled because of the coronavirus, to learn more about those events and the people behind them. That’s how I met Andrew, a founder of Nerds United in Erie. Its one-year celebration was scheduled for March 21.

The more we talked, the more I realized that Andrew’s story and his descriptions of how he manages his depression were very relevant in this moment.

Another new thing for me: Doing video interviews. I recorded them from my home. During our first interview, I reached for my coffee mug, which happened to be a “Harry Potter” one. Andrew noticed it.

He stood up and grabbed a Harry Potter keychain that a friend, who passed away in 2019, gave him as part of a care package.

I didn’t give Andrew much direction for the first video diaries. If I were doing it over again, I would have asked him to say the day and date at some point in each diary. That would give us more options when we were putting the audio feature together — which ended up having no narration from me.

In the end, our audio piece went back and forth between the interviews and diaries. For some of back-and-forth moments, we had clear transitions — Andrew saying the day or just the day and date. For others, the transitions are there, but they are more subtle. I personally like the more subtle transitions, and I also like that some of his diaries start in different ways. So I wouldn’t want someone to necessarily start each video with the day and date, but it would be good to ask them to say it at some point.