But, he offered few specifics on how his administration will help counties deal with the huge volume of mailed ballots. 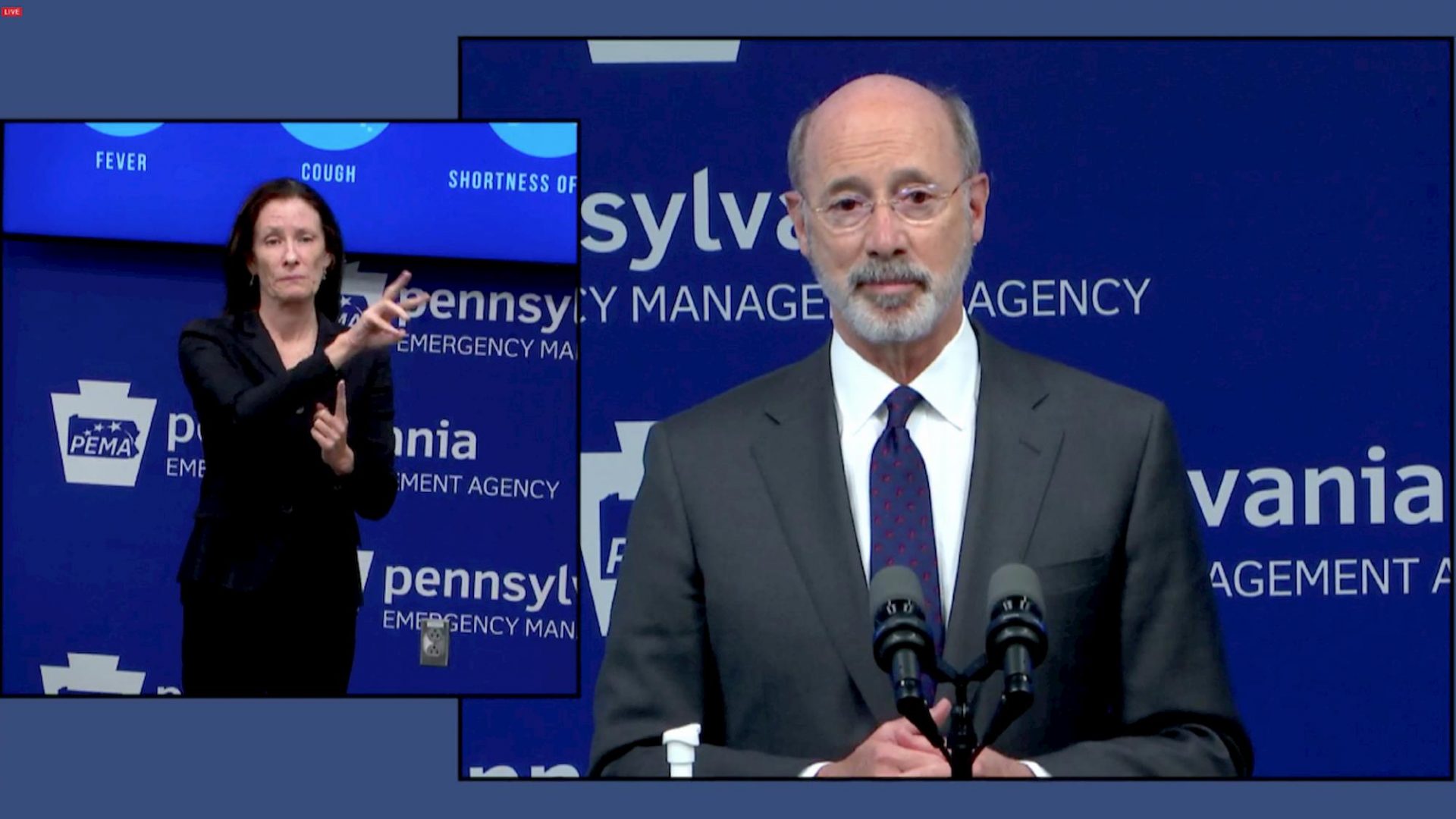 Nearly one million Pennsylvania voters had requested a mail-in ballot for the June 2 primary as of Monday, more than five times as many as four years ago.

State officials, keen to slow the spread of coronavirus at the polls, are encouraging Pennsylvanians to vote by mail, but not requiring it.

Gov. Tom Wolf  isn’t planning to test his emergency powers by ordering an all-mail primary election next month, despite calls from many counties to shift to vote-by-mail.

Instead, he used a Monday press conference to urge voters to apply for a mail-in ballot.

“I’m going to be applying today,” Wolf said. “Our county elections offices are also coping with the COVID-19 pandemic. So providing them with as much time as possible to process your application and get your ballot in the mail is a great way to thank them for their hard work.”

But Wolf offered few specifics on how his administration will help counties deal with the huge volume of mailed ballots.

County election directors, for example, are asking for the authority to begin processing ballots a week or two ahead of the primary.

On Monday, state Sen. Anthony Williams (D-Philadelphia/Delaware) said he expects to revisit the issue with the general election in mind after the primary.

“We’ll have more time to act based upon facts, as opposed to speculation, about what the shortcomings are,” Williams said.

Election directors also appealed to the Wolf administration for guidance on how to consolidate polling places and reduce staffing. That was expected to come from the Department of State on Monday, but now isn’t set to be issued until later this week.

DoS, however, provided details on the $14 million Pennsylvania is getting for voting and elections as part of the federal CARES Act.

Secretary of State Kathy Boockvar said $1 million will cover costs for personal protective equipment that the state plans to send to counties to distribute to staff working the polls for the primary.

Another $6 million will be divided among the commonwealth’s 67 counties based on voter registration, she said.

That’s expected to help pay for extra manpower, equipment, storage and other needs associated with a surge in mail-in voting.

“We are also going to be implementing, in Pennsylvania, an accessible vote by mail option for voters with disabilities,” she said. “So, that’s not currently something that exists, but we’re going to use this funding to pay for that in the coming months.”

One suit, filed by the Democratic super PAC Priorities USA, challenges aspects of Pennsylvania’s method for processing mailed ballots (and is similar to another one filed in Florida Monday).

The Priorities USA case doesn’t specifically seek an earlier pre-canvassing start time, but does call for uniform guidance and training among counties, in addition to “implement[ing] procedures to ensure that voters receive reasonable notice and an opportunity to cure signature-related defects on absentee or mail-in ballots before any ballot is rejected.”

The other suit focuses on Pa.’s ballot return deadline and seeks to extend the deadline for ballots to arrive so long as ballots are postmarked by Election Day. Public Interest Law Center attorneys involved in the case on Monday asked the state Supreme Court to order DoS to give voters an extra week to get ballots back while the matter proceeds.

Gov. Tom Wolf to give guidance to counties, businesses reopening in ‘yellow’ phase of coronavirus restrictions