SW counties push to be included; is state testing enough? 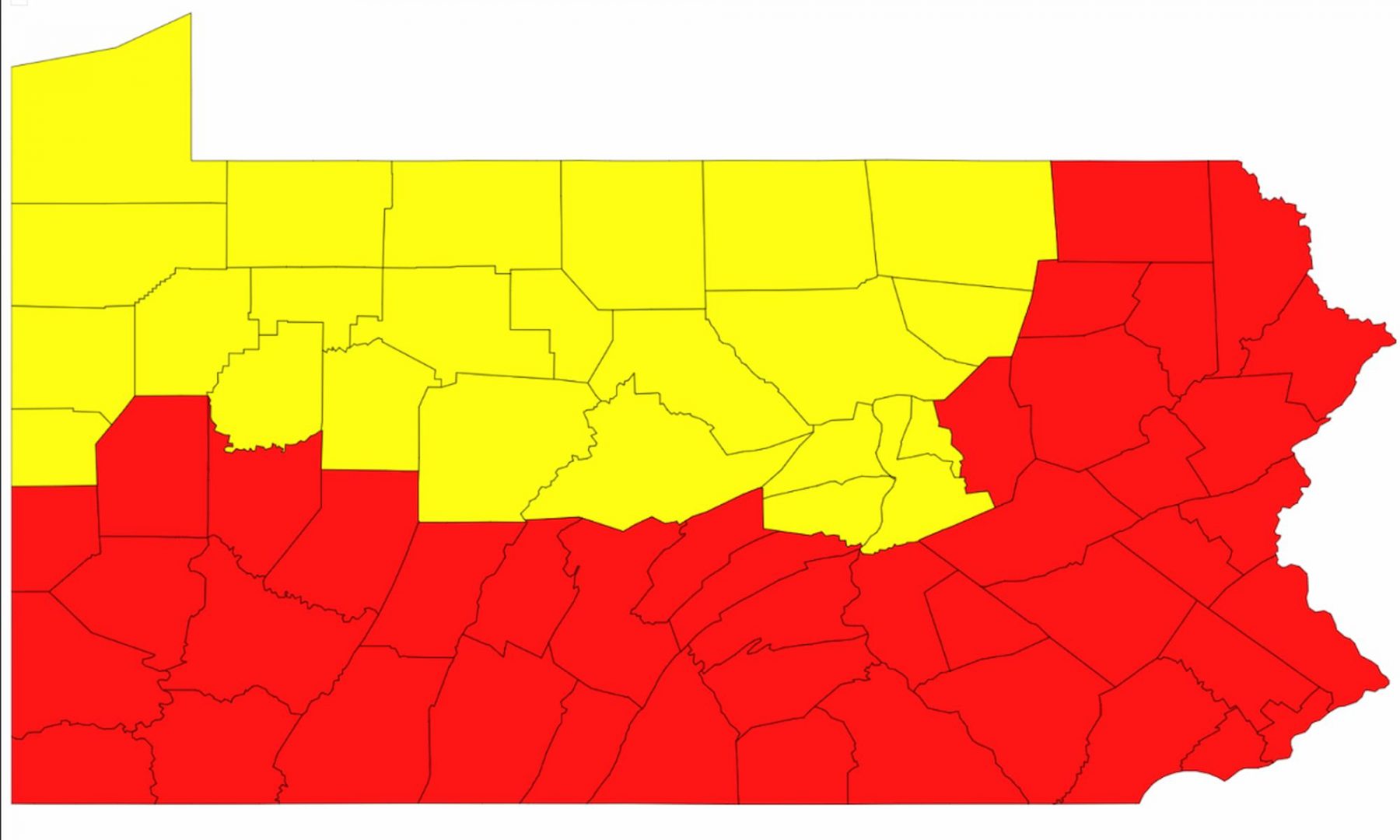 Some people aren’t happy that their county didn’t make Gov. Tom Wolf’s list of places that will begin to reopen starting next Friday, May 8. But it’s worth contrasting Wolf’s approach with his counterpart in Washington state: Gov. Jay Inslee announced yesterday that he’s keeping the Evergreen State’s stay-at-home order in place through May 31. —Ed Mahon, PA Post reporter Gov. Tom Wolf said he hates analogies, a comment made during a press conference where he unveiled his plan for reopening Pennsylvania’s economy.

And then he compared lifting coronavirus restrictions to teaching a kid to ride a bike.

When you do that, he said, you need to hold onto the kid’s seat in the beginning.

“If we let go, and let go too soon and the person falls down, then we’ve done it the wrong way, and we haven’t kept our child safe,” Wolf said.

(Side note: I haven’t taught any children to ride a bike yet. But my 3-year-old rides a scooter. He falls a lot! Fortunately, he has one helmet and zero objections to crashing.)

Back to Wolf’s metaphor: He said if the state loosens coronavirus restrictions too quickly, cases could spike again. And that would mean the return of stay-at-home orders and business closures.

Some people in the 43 counties that didn’t make Wolf’s May 8 list are pretty unhappy.

“When the shutdown occurred, I fought hard to make sure coal mining stayed on that list of … life-essential jobs,” Snyder said, later adding, “And I’m going to fight just as hard to get this done now.”

Let’s take a closer look at the governor’s announcement and what comes next.

1. How many counties are switching from red to yellow?

Twenty-four. They are in northwestern and north-central Pennsylvania. Most are rural. The county with the largest population is Erie.

2. How many people live in those yellow counties?

1.5 million — that’s just over 10 percent of the state’s total population.

House Speaker Mike Turzai (R-Allegheny), like Rep. Snyder, wants southwestern Pennsylvania counties added to the list too. He said all the counties there, except Beaver, meet the benchmark of having fewer than 50 new cases per 100,000 people over 14 days.

WESA’s Chris Potter spoke with Allegheny County Executive Rich Fitzgerald, who said he hopes the county will make the switch by May 15.

3. What will life be like in the yellow zones?

PennLive’s Charlie Thompson says the change from red to yellow is a “baby step” toward normalcy. But he breaks it down in detail.

Most notably: People will be free to leave their home for any reason, not just to run essential errands or exercise. Some retail businesses can reopen, although barbershops, theaters and gyms must remain closed. Gatherings of more than 25 people aren’t allowed. Employers are encouraged to continue teleworking arrangements, if possible.

4. Is the state really ready to start reopening?

Spotlight PA’s Daniel Simmons-Ritchie reports that Pennsylvanai’s goal of 8,500 tests a day as part of its reopening plan is lower than what national researchers recommend.

“Researchers at Harvard University, for instance, have proposed that the nation should be conducting a daily minimum of 152 tests per 100,000 people,” Simmons-Ritchie writes. “That works out as about 19,000 Pennsylvanians per day — or more than twice the rate of the Wolf administration’s plan.” Protesters prepare for a caravan that drove around the Bell & Evans plant in Fredericksburg, Lebanon County on May 1, 2020. (Kate Landis / PA Post)

A drive-by protest was held Friday in Lebanon County outside the Bell & Evans poultry processing plant in Fredericksburg. Protesters want safer working conditions and a thorough cleaning of the plant after one worker died of COVID-19 and other workers tested positive for coronavirus.

The Lebanon Daily News reports that “Attempts … to talk with employees on the record have been unsuccessful. They have cited a fear for their names to be used, worried they would lose their jobs.”

According to the Centers for Disease Control and Prevention, “Pennsylvania’s 858 confirmed cases of the virus among meat production workers … tops other states’ tallies by dozens of cases, signaling that the invisible virus had spread further across this essential industry in recent weeks than the public has realized,” The Philadelphia Inquirer reports.