Counties could be overwhelmed by mail-in ballots, election directors warn 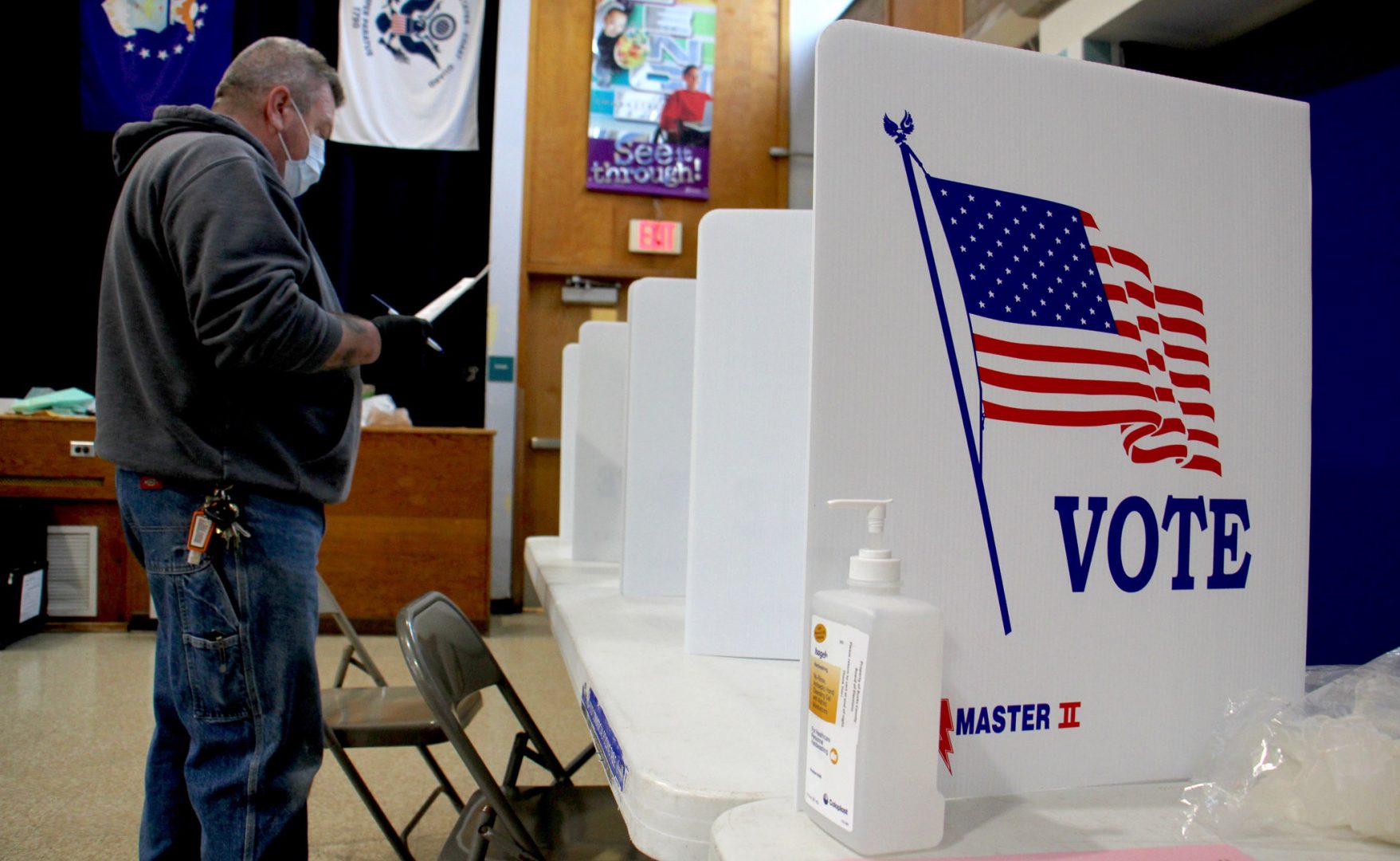 County election directors, anxious about how the coronavirus epidemic could affect the June 2 primary election, are calling on state lawmakers to step in to prevent chaos at the polls.

But it may be too late for action by the legislature or Department of State to ensure voting goes smoothly, said Mercer County Elections Director Jeff Greenburg.

“Counties were not built for this either administratively or through human capital,” Greenburg said. “There aren’t enough people or enough hours in a day, in many places, to overcome that.”

Greenburg was one of three election directors who spoke Thursday during a virtual meeting of the state Senate’s State Government Committee to warn a wave of vote-by-mail applications could overwhelm elections offices that are already grappling with how to organize in-person voting while protecting poll workers and voters from exposure to the coronavirus .

“The best solution might have been — and it may be too late to pivot now — to have simply mailed all registered voters a ballot,” he said. “That’s the only way to avoid a situation where counties will not be able to process all applications in a timely fashion.”

“It’s a huge concern that Pennsylvania doesn’t fall into the same position that Wisconsin did, seeing the huge influx of requests for ballots in the short period before the June 2 primary where we can’t handle the volume,” said Lehigh County Election Director Tim Benyo.

The legislature, meanwhile, should move now on any changes it wants to make for the November general election, particularly if lawmakers want to shift to an all-mail vote, said Lawrence County Election Director Ed Allison.

“If you’re going to move in that direction, it’s got to be done now, so that we can all make the necessary preparations,” Allison said. “Many [counties] cannot handle that volume [of ballots] in-house. I have three permanent staff in my office, [who] would have to handle 54,000 ballots. We’d have to go to a mail house or a processing center in order to do that.”

As it is, it will take days to tabulate results for the primary, he said, even with uncontested presidential nominating contests.

Before the public health crisis, election officials had expected a 15 or 20 percent increase simply because Pennsylvanians would no longer need an excuse to vote by mail starting this year. But already, nearly 880,000 voters have requested a mailed or absentee ballot – about five times the number requested for the state’s 2016 presidential primary.

And that big increase, Greenburg said, doesn’t account for the last-minute rush election officials expect, based on the experience in other states where primaries were held in April.

Counties previously were prohibited from counting mail-in votes until the polls closed on Election Day, but lawmakers changed the start time to 7 a.m. last month when they passed legislation to delay the April 28 primary.

Legislators had considered letting counties begin processing mail-in ballots a week before Election Day. But the idea was discarded during last month’s debate after some officials raised concerns about preliminary tallies getting leaked.

Greenburg urged legislators to revisit the issue, noting that they could enact strong penalties to punish the improper early release of vote counts.

During Thursday’s hearing, Benyo and Greenburg said the state should step in to provide clarity about which physical locations can host polling sites on June 2.

Some traditional voting places, like public schools, can’t confirm their availability since government closure orders could still be in effect, Greenburg said.

Lawmakers also must ensure counties have flexibility to create vote centers (where multiple polling places would be aggregated) and offer curbside drop off of ballots for the general election, Common Cause and Keystone Votes noted.

Lawmakers also must ensure counties have flexibility to create vote centers and offer curbside voting for the general election, they said.

State Sen. Judy Ward (R-Blair/Fulton) says her constituents have concerns about voter fraud if the state goes to an all-mail election. Ward asked whether that’s been an issue in all-mail states, directing her question to elections expert Wendy Underhill.

“What people with a concern for voter fraud would say is, you don’t know it because you can’t catch it. So, there’s some of that, … [but] there isn’t research that I can point to that would show that there is voter fraud of any significant amount,” Underhill said.

Underhill, director of the National Conference of State Legislature’s elections and redistricting team, testified remotely from her home in Colorado, one of five vote-by-mail states.

How to pay for it

There wasn’t much discussion about how to come up with the money to address COVID-19’s impact on the election.

A report released Thursday estimated Pa.’s will need to come up with about $70 million, not including the $14 million the commonwealth is getting through the CARES Act.

Those costs include return postage for mail-in ballots and applications, plus additional staff and equipment needed to process the ballots. For in-person voting, counties will need personal protective equipment and cleaning supplies, and might have to increase poll workers’ pay to get enough to staff voting locations.

And counties could incur costs if they require more space to store and process mail-in ballots, and to maintain social distancing for in-person voting.

The CARES Act includes $400 million to support voting during the pandemic; however that’s not even enough to cover projected costs in just five states ($414 million) highlighted by the report.

The 43-day wait is over: Construction on all projects in Pa. can resume