“We are in new territory,” Wolf said on Saturday, as the number of COVID-19 cases grew.

"What we say is, [Wolf] doesn’t have this particular police power."

(Washington) — The U.S. Supreme Court has given Gov. Tom Wolf until Monday to respond to a lawsuit that claims his coronavirus business closures are violating some Pennsylvanians’ rights.

The state Supreme Court already shot down a version of the suit — ruling, essentially, that Wolf was within his statutory rights.

But Marc Scaringi, the Harrisburg lawyer and conservative radio host who is arguing the case, said he remains “cautiously optimistic” about his odds in federal court, because the justices didn’t immediately dismiss the suit out of hand.

“We understand how rare it is for the United States Supreme Court to get involved in a situation like this, particularly in the request to stay a gubernatorial executive order,” he said. 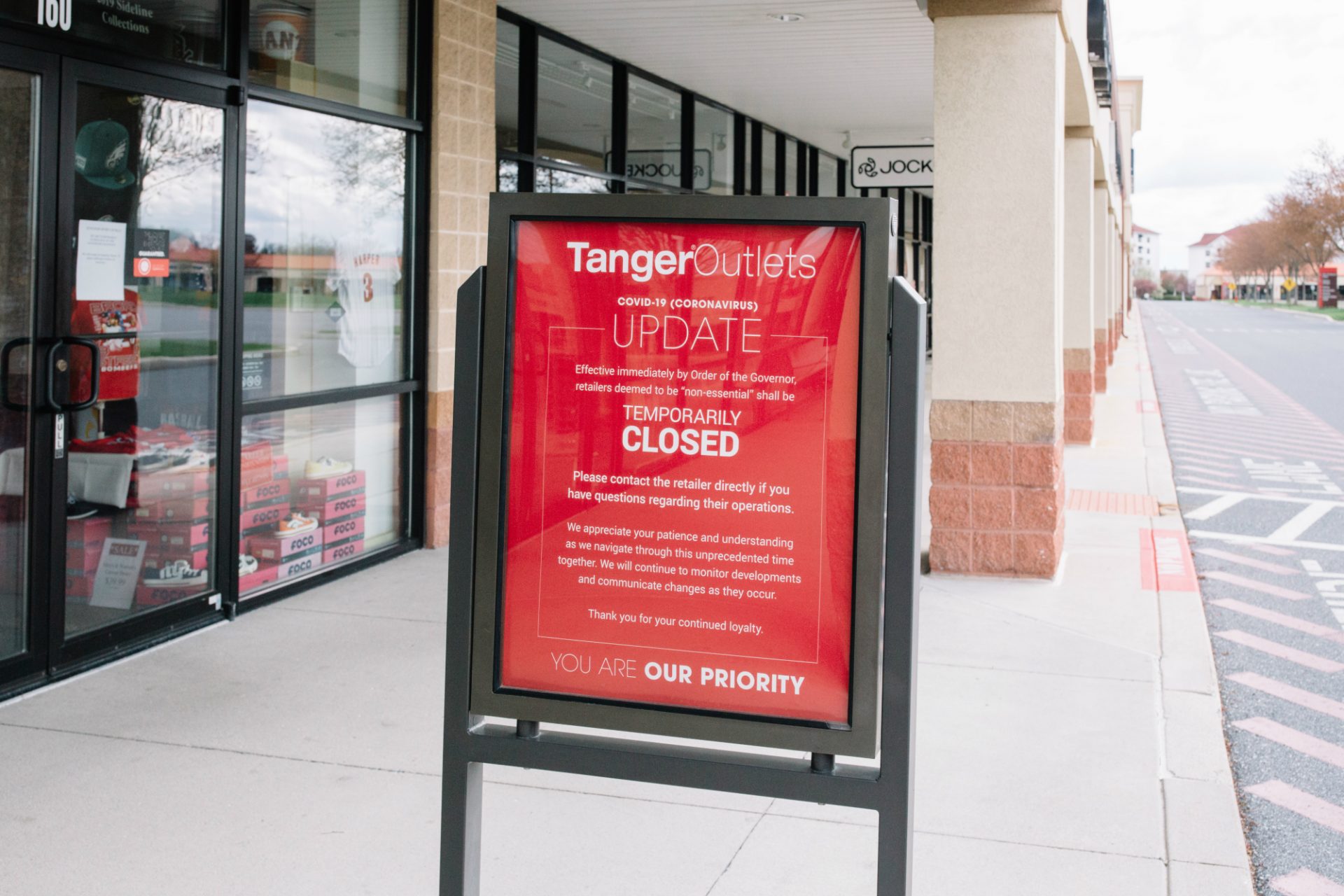 A sign announces that stores at the Tanger Outlets in Hershey, Pa., are closed due to the coronavirus outbreak. Gov. Tom Wolf ordered most retail stores in the state to close in hopes of slowing the spread of the virus. (Kate Landis / PA Post)

Scaringi believes his is the first such lawsuit to be filed with the high court, but acknowledged that Wolf’s business closure orders are similar to the ones that nearly every governor has handed down in response to the pandemic. The court is looking for more information before deciding whether to take the case.

“Governors across the country have police powers, they always have,” he said of the extraordinary measures that governors can take in emergencies. “But what we say is, [Wolf] doesn’t have this particular police power. That the en masse shutting down of businesses has never been utilized before.”

There are five plaintiffs in Scaringi’s case: a golf course, a real estate agent, a timber company, a laundromat owner and a GOP state House candidate.

Scaringi is making several intermingled constitutional arguments on their behalf. For one, he claims Wolf is depriving people of their property without due process or compensation. He also argues that letting businesses apply for waivers to keep operating was an insufficient and opaque method for providing that due process. He also said Wolf’s waiver decisions have been “capricious” — which he says also violates the right to equal protection.

In the case of the state House candidate, Danny DeVito, Scaringi argues that necessary free speech and assembly rights are being violated because DeVito can no longer campaign as usual.

A spokeswoman for the Wolf administration said she can’t comment on ongoing litigation.