The past five days have been a roller coaster of confusion involving the state health department, marred by retracted statements, reporting lags, and angry coroners. 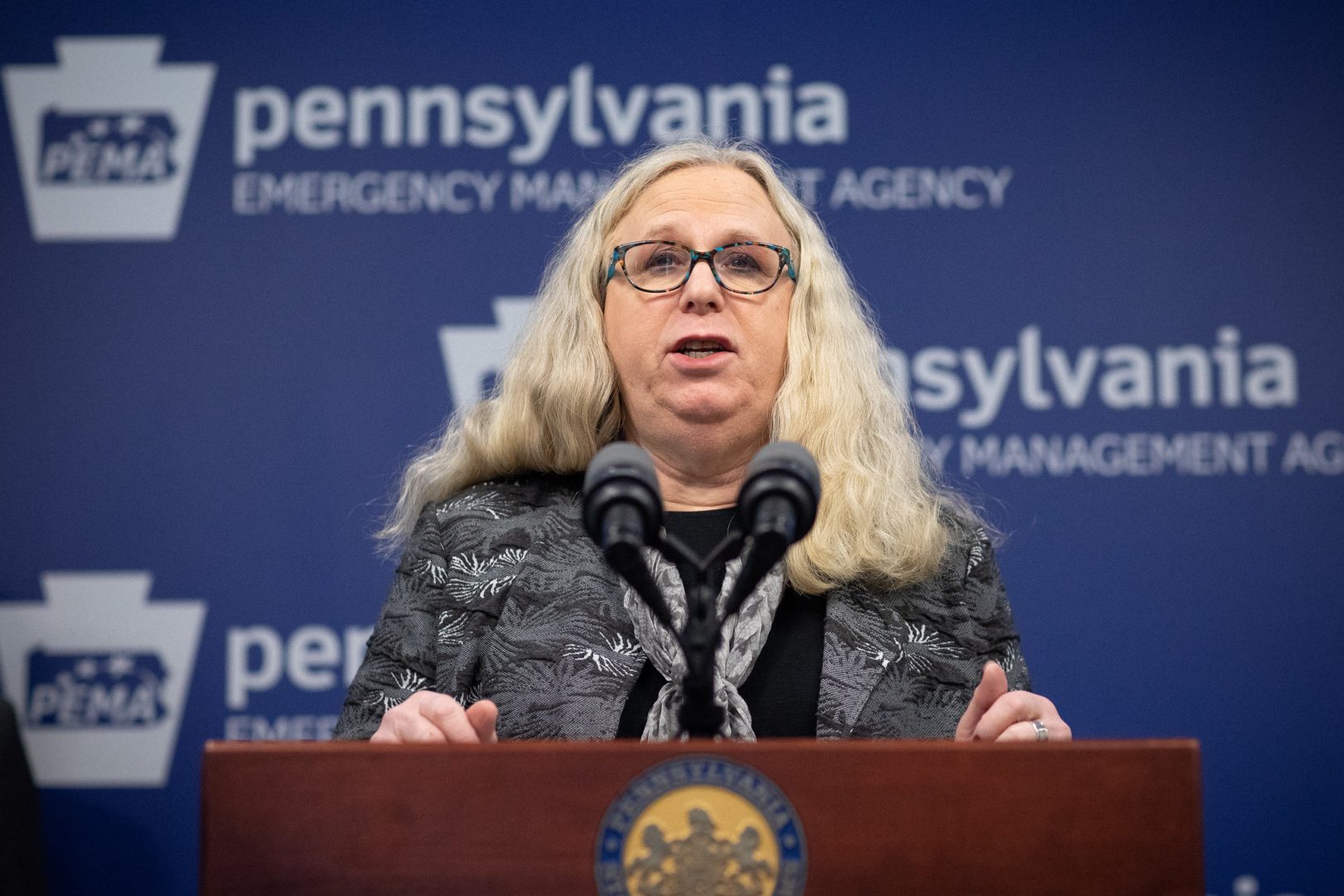 Then, on Thursday, the number plummeted.

Officials from the state Department of Health provided several justifications for the fluctuations, citing technical issues, lengthy investigations, and the addition of “probable” deaths — those considered to be caused by the coronavirus but without confirmation from a test.

But facing mounting questions about the accuracy of the count, officials on Thursday removed more than 200 probable deaths from the tally, further complicating the state’s accounting of the pandemic. Health Secretary Rachel Levine said the change was made in an effort to be transparent.

“We realize that this category can be confusing, since it does change over time,” Levine said.

“At times, there are things we need to review, and potentially revisit the way the data is being analyzed,” she said. “And this is one of those times.”

The coronavirus surge in Pennsylvania has posed major technical challenges for the Health Department, the clearinghouse for the data critical to make decisions about what policies to implement to keep people safe. In addition to inconsistencies around death counts, the department has struggled to attain complete and accurate demographic data for positive patients, as well as those who have been tested.

At the same time, the state’s coroners — tasked with investigating suspicious deaths — have grown increasingly frustrated by the Health Department’s reluctance to seek their help.

Some have said the department’s numbers did not match what coroners were seeing. Those concerns caught the attention of State Sen. Judy Ward (R-Blair), who is advocating for a bill that would give coroners a bigger role in the crisis.

“There’s a discrepancy in the numbers,” Charles E. Kiessling Jr., president of the Pennsylvania Coroners Association and coroner in Lycoming County, said Thursday. “I’m not saying there’s something going on…. I’m not a conspiracy theory guy. But accuracy is important.”

The confusion began Sunday, when Pennsylvania raised its coronavirus death toll to 1,112 — an increase of 276 overnight. On Tuesday, the department reported another spike, from 1,204 to 1,564 deaths.

In both cases, Levine said the surges reflected deaths that occurred days, even weeks, in the past.

“These deaths did not happen overnight,” Levine said Sunday.

The jump that day, first blamed on a computer glitch, was explained as a “reconciliation” of multiple reporting systems and the “culmination of that data-validating effort.” Levine also said the “significant increase” included “probable positive” COVID-19 deaths, as well as deaths confirmed with a test.

On Tuesday, Levine reported 300 probable deaths in the day’s count but appeared to indicate the situation was new.

“We will now be reporting probable deaths related to COVID-19 in addition to confirmed deaths,” she said.

That same day, department spokesperson Nate Wardle told Spotlight PA some probable deaths had been included in the count for at least a week or maybe longer.

Then, on Wednesday, Wardle backtracked, saying that although probable deaths had been added to the reporting systems as of April 13, the day before federal guidance changed, they weren’t included in the state’s official count until Tuesday.

Wardle added that despite Levine’s public comments, none of the deaths reported Sunday were considered probable, meaning the first surge was due almost entirely to lags in reporting.

The issues with the data go hand in hand with a month-long dispute with the coroners association over how to handle suspected COVID-19 cases.

For weeks, coroners have said their relationships with first responders, funeral directors, and county officials allow them to properly handle investigations where the presence of COVID-19 is unconfirmed — whether the death occurs at home or a care facility.

Despite coroners’ claims that they are well equipped to manage probable cases and legally obligated to be notified of suspected COVID-19 deaths, the Health Department hasn’t budged, insisting the majority of deaths caused by the virus do not need to be reported to a coroner.

“This is why I’m so upset,” Kiessling said. “Our job is to investigate.… We do this every day.”

If the dispute had been resolved a month ago, with coroners included in the department’s COVID-19 investigations, Kiessling said, the public trust in the state’s numbers would be stronger.

“I know who died. They know who died,” he said. “We have accurate numbers. We don’t scare everyone to death.”

Jeffrey Conner, the coroner in Franklin County, said he was blindsided by the department’s news on Tuesday that 10 people had died of COVID-19 in the county. As of Wednesday afternoon, he said, he was aware of only one death.

“Coroners are frustrated,” Conner said. “There is a lack of leadership from the Department of Health and a lack of definitive answers.”

On Thursday, the state’s revised data reported just one death for the county.

At Wednesday’s news conference, Spotlight PA asked if there were other situations under investigation by the department that might lead to additional surges in the count.

“No,” Levine responded. “Those were the two epidemiological reconciliations that we had to do. First, to bring together our different data sources, and then to have the determination and be at the place where we could add the probable deaths.”

“Those are the only changes that we’ll be making,” she said.

Because death data are coming from multiple sources, Levine said, the department’s numbers may not match those of the coroners. She said the department would work with them to ensure everyone is “on the same page.” That statement echoed one she made April 13, when asked about concerns from Westmoreland County’s coroner about a potential miscount of COVID-19 deaths.

“We’ll try to collaborate with the coroners and the hospitals to work out those details,” she said.

As of early Thursday, Kiessling, the association president, said that the department had not yet reached out to his office about the matter. Levine said that afternoon she would hold a call with coroners next week, giving the department time to understand “the different nuances” of the issue.

Correction: Due to an editing error, the county that state Sen. Judy Ward represents was originally misstated.

Angela Couloumbis of Spotlight PA contributed to this article.

Why the warning that coronavirus was on the move in U.S. cities came so late