I lived in a vote-by-mail state. Coronavirus or not, Pa. needs to go all-mail too 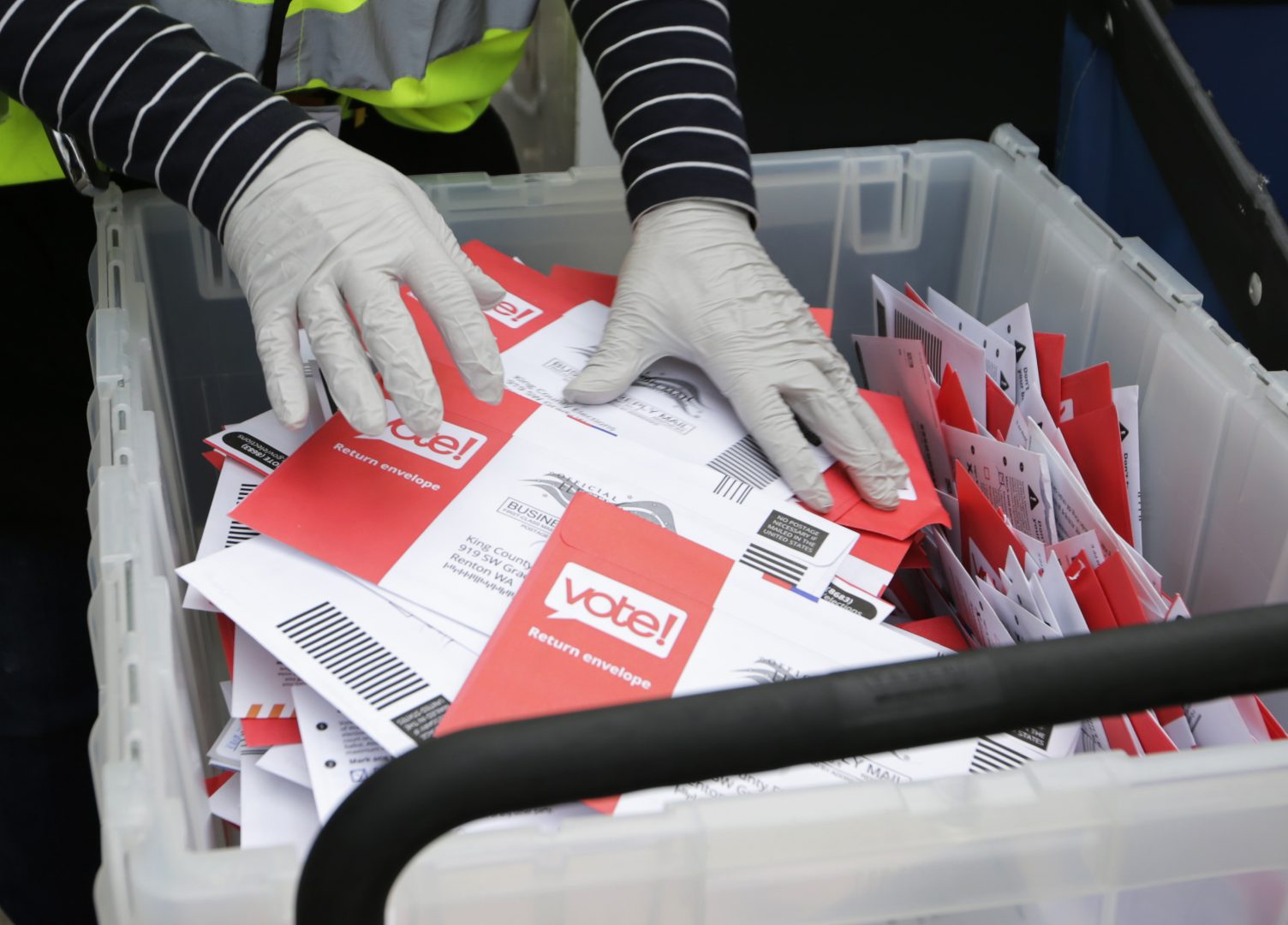 If voting is the cornerstone of democracy, shouldn’t it be super easy to cast a ballot?

Why should I have to go to a physical location on a work day and wait in line to cast my vote? And why am I only able to do that during a specific set of hours (7 a.m. to 8 p.m. in Pennsylvania)?

Yes, I agree that there’s something inspiring about gathering together with your fellow citizens to exercise the franchise. I was excited the first time I got to go inside a voting booth in my home state of Kentucky, and I enjoyed the experience of casting my first vote in Pennsylvania in last fall’s municipal elections.

But not everyone can take off from work or find child care during those hours, or afford to spend hours waiting at a polling place because not enough machines are available in a high turnout election.

Not everyone has the foresight to request an absentee ballot. And not everyone pays attention to politics or the political calendar. But in each of those cases, those citizens’ right to vote is just as important as mine.

A mail-in ballot is a simple change that could make voting a snap for everyone. I know because that’s how I cast my ballot in every election from 2010 to 2018 when I was living in Washington state. (Scroll down to the bottom of this article for a description of how it worked.)

And the payoff for democracy is worth it. Turnout in races is measurably higher in Washington and other vote-by-mail states when compared with Pennsylvania. For example, in the 2016 presidential election, statewide turnout in Washington was almost 79 percent. Oregon, another all-mail state, had turnout of 80 percent. Pennsylvania, however, only saw 70 percent turnout.

The preceding presidential election year was much the same. Washington and Oregon saw 81  and 83 percent turnout in 2012, respectively. Pennsylvania turnout was just 67 percent.

Personally, one of the best payoffs of voting by mail is convenience. I could fill out my ballot at any time over the 2-3 weeks I had it in hand. I could read more about candidates and issues, or talk with friends and family. I could fill it out wearing my pajamas or sitting on a boring conference call at work.

One complaint made about all-mail elections is that they are ripe for fraud. It’s hogwash. Election officials and people who study voting in the United States say voter fraud is extremely rare. And vote-by-mail states have instituted a number of security measures to secure the vote, according to this report from the Brennan Center for Justice. Those include barcoding ballots, establishing protected drop-off locations, instituting post-election audits (like the ones that started rolling out in Pennsylvania last fall), and stiff penalties to punish violators.

Utah, one of the most Republican states in the country, is a vote-by-mail state, and GOP officials there are big supporters. “We’ve significantly increased voter turnout, saved the taxpayers time and money and made it easier than ever to participate in our political process,” wrote Thomas Wright in a recent op-ed in the Deseret News. Wright is the former chairman of the Utah Republican Party and is running for governor this year, not exactly a RINO.

Over in Oregon and Washington, where voters favor Democrats in national and statewide races, Republicans don’t have a problem with voting by mail. Both states have Republican secretaries of state who believe their elections are fair and secure. “The voters voted it in, they’ve never made an attempt to vote it out. I think they’re happy with it and I think it’s a 20-year history of success,” Oregon’s Bev Clarno told KGW News.

Last fall, Pennsylvania lawmakers took steps to make it easier for voters to request absentee and vote-by-mail ballots. But the onus is still on the voter to make the request.

Why not make it automatic? Making universal vote-by-mail a reality in Pennsylvania will take work. Counties will need to invest in additional machines to count large volumes of ballots. And elections officials will need to make sure they have sufficient trained staff to process so many ballots quickly and transparently (in many Washington counties, by the way, you can watch a live stream of the elections staff processing ballots, plus each political party sends observers to monitor the processing in person).

Coronavirus has Pennsylvanians talking about voting by mail. That’s a good thing. But don’t look at it as a one-time thing to guard against spreading the virus. Voting should be convenient. After all, the commonwealth’s government should be accommodating us, not the other way around.

— Walker is executive editor of PA Post. Reach him at rwalker@papost.org.

How did voting by mail work in Washington?

In Washington, state and county elections officials published detailed voter guides that were distributed by mail to every registered voter about a month before Election Day. For primary elections, these could be very thick publications, covering every candidate and issue on the ballot. Candidates, political parties and sponsors of ballot referenda would contribute to these guides, so no one side had a louder voice than the other.

A week or so later, the physical ballot would arrive. After filling in the circles for all the races, I would place the ballot inside a folder-like cover sheet, which I’d then place in the return envelope that was sent with the ballot.

The return envelope has a signature line for the voter. When the envelope is received, county elections staff review the signature to ensure it matches what’s on file. If a signature doesn’t match, they try to contact the voter to verify it.

Voters in Washington had until 8 p.m. on “Election Day” to return the ballot, either to one of the drop boxes spread across all 53 counties, or postmarked by the U.S. Postal Service. In 2018, the state agreed to pay the postage on all the ballots, so there wasn’t even the hassle of buying a stamp if a voter couldn’t make it to a drop box.

In practice, Washington’s counties start receiving returned ballots days or weeks before the deadline. Votes aren’t tabulated, but elections staff process them — meaning, they verify signatures and sort ballots so they are ready to be fed into large tabulation machines.

At 8 p.m. on Election Day, all ballots received up until that day are counted, which typically means half or two-thirds of the vote is released on election night, with the remaining votes being counted over the next week as election staff process the remaining ballots, including those postmarked by the deadline but only delivered by USPS days later.

If you’re worried about a ballot being lost in the mail, Washington lets you track whether or not the county elections office received your envelope. A voter who thinks their ballot was lost can make arrangements to cast a replacement ballot either by mail or in person. And for voters with disabilities that would make filling out a paper ballot difficult, each county still operates a few in-person voting centers, which open up when ballots are mailed out and remain open until the 8 p.m. deadline on Election Day.

Elections in Washington can be frustrating for journalists and politicos, because close races in some cases aren’t decided until a week or more after the deadline. And there’s a whole dynamic in some parts of the state where voters of a particular ideology tend to mail their ballots at the last minute, meaning a candidate polling ahead in the first day’s count can wind up losing as ballots submitted closer to the deadline are counted.