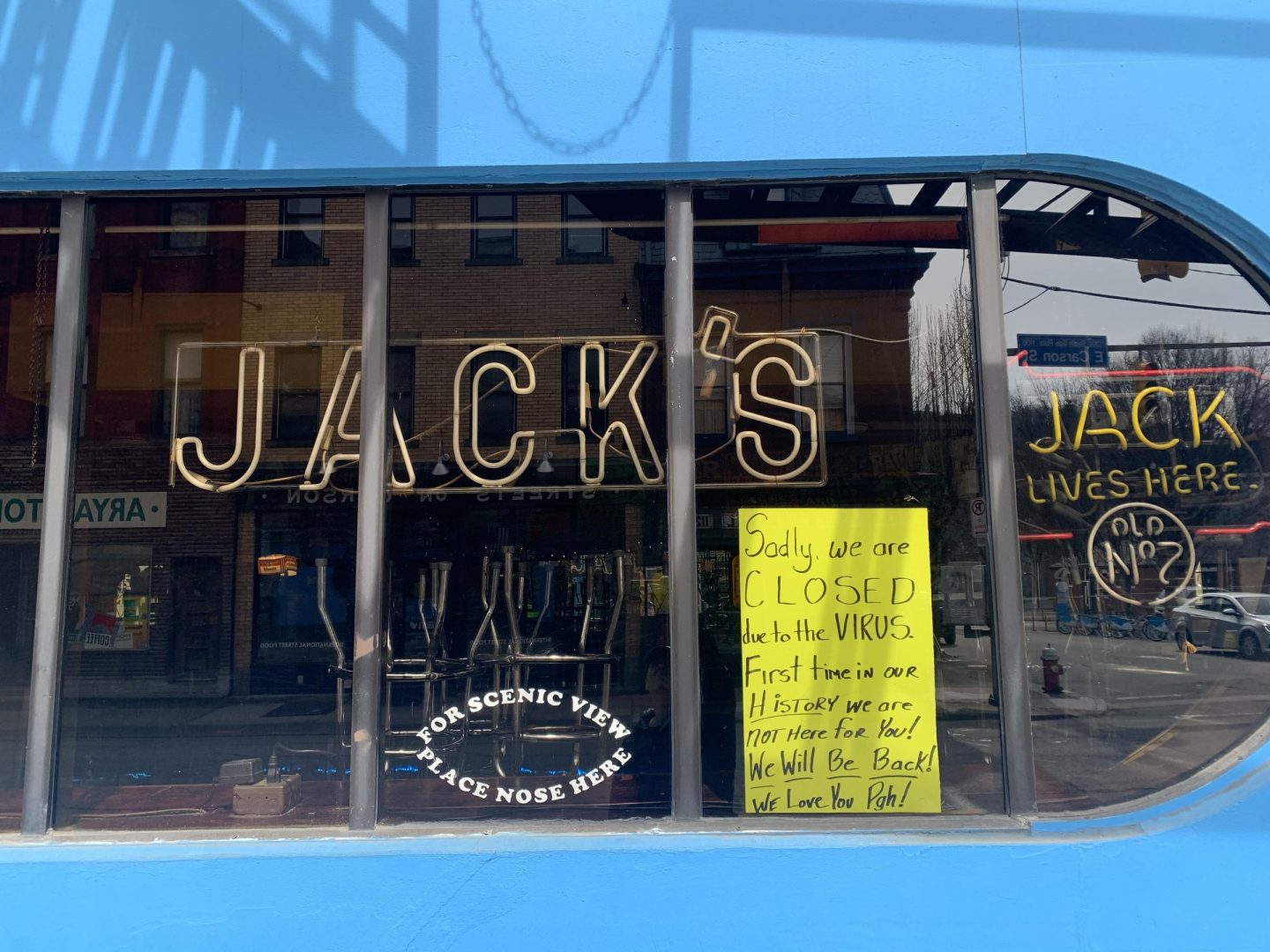 No one wants to be laid off, but the situation is even worse for tipped workers like restaurant servers and bartenders. In most states, including Pennsylvania, such workers receive a subminimum wage that’s a fraction of what even a minimum-wage employee gets.

In Pennsylvania, minimum wage is $7.25 an hour. Tipped workers – who also include workers in nail salons, airports and car washes, to name a few – receive $2.83 an hour, a figure that hasn’t changed since 1998. Employers are supposed to make up the difference for workers whose tips don’t bring them up to $7.25, but labor advocates say enforcement of the rule is lax. (Unemployment benefits are based on total income, including tips.)

Lisa Guerrero, who waited tables and tended bar at the Pleasure Bar, in Bloomfield, had it even tougher: Because she had been employed only since May, she wasn’t even eligible for unemployment benefits. And she had little savings to fall back on for her and her 17-year-old daughter.

One Fair Wage, a national advocacy group, has been pushing states to adopt a universal minimum wage that’s more like a living wage. Tipped workers would receive the new, higher wage plus tips. Wednesday, the group held one of a series of online town-hall meetings to make its case in Pennsylvania.

The group’s president, nationally known labor advocate Saru Jayaraman, argued that the coronavirus shutdown had starkly exposed the flaws in the system. She pointed to her group’s emergency fund for service workers laid off due to the shutdown. Some 121,000 workers across the nation had applied, she said. The group had raised $8.5 million in aid, with about $200,000 earmarked for Pennsylvania – or roughly $50 for each of the 4,000 residents of the commonwealth who have so far sought help.

Some of the money has already been distributed. Guerrero, for instance, received a $213 check from One Fare Wage. During the town hall, livestreamed on Facebook Live, she said the whole thing went “into the pantry.”

Thanks to the recent passage of state legislation designed to help workers laid off because of the coronavirus, Guerrero is now eligible to re-apply for unemployment, she said. She said she’d be in a much better place if Pennsylvania changed its two-tiered minimum-wage system.

One Fair Wage was founded in 2013. Several states, including California and Minnesota, have since eliminated the two-tier wage system.

Pennsylvania Attorney General Josh Shapiro joined Wednesday’s town hall and voiced support for a minimum wage of “at least” $15 an hour, and for ending the two-tiered minimum.

“It screws workers!” he said. “It’s an unfair system and it’s something structurally that has to change.”

Bills raising the minimum wage in Pennsylvania have been proposed, but face opposition from the Republican majority in the legislature.

One Fair Wage blames lobbying group the National Restaurant Association for the failure of the federal government and most state governments to change their subminimum wage laws. The Association has argued that a universal minimum wage would hurt job growth.

During Wednesday’s town-hall meeting, One Fair Wage’s Jayaraman said the group is screening applicants to its emergency fund and continues to fundraise.

The town hall also included a statement from Dave O’Brien, an Uber driver in Philadelphia who said the ride-hailing company had cut pay for drivers. One Fair Wage is also pushing to reclassify workers including drivers for ride-hailing services as employees rather than independent contractors. Among other differences with employees, independent contractors have a harder time qualifying for unemployment benefits.

Rebels with a cause: ‘Outlaw’ Pa. businesses make coronavirus masks without state approval