At Philadelphia City Council meeting, attendees were told to use every other chair to reduce the chances of exposure to coronavirus. 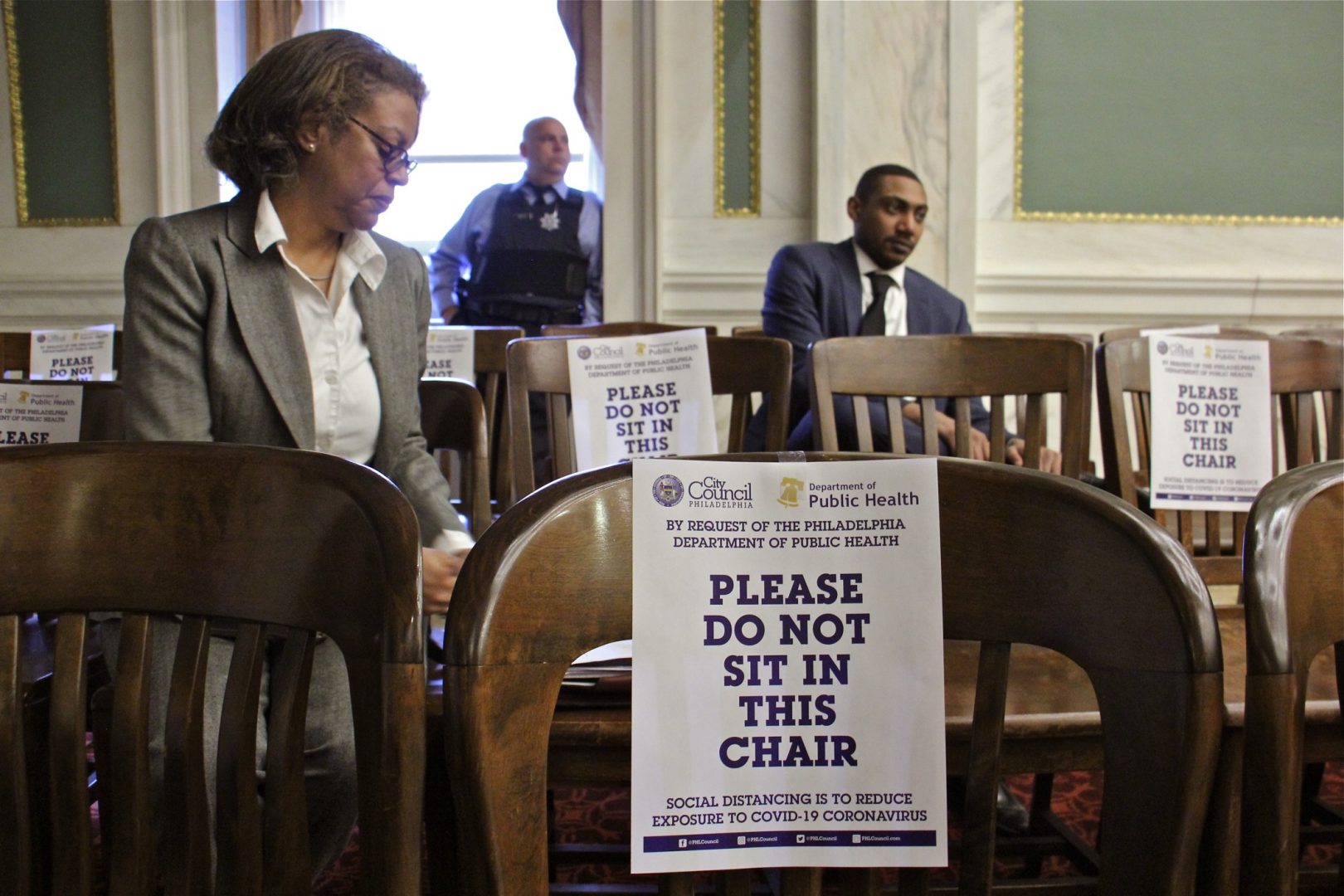 At Philadelphia City Council meeting, attendees were told to use every other chair to reduce the chances of exposure to coronavirus.

The Pennsylvania Senate passed a bill Tuesday that would allow local government agencies to hold meetings remotely for the duration of the COVID-19 emergency.

The legislation, which has similar provisions on public meetings to a bill that passed the House unanimously in late March, would allow local governments to use video conferencing software, conference calls, or any other method of remote meeting that allows for audio communication between individuals and would expressly waive requirements in the codes for boroughs and third-class cities that require an in-person quorum to conduct official business.

The Senate did not take up that House bill, choosing instead to work with the Pennsylvania District Attorneys Association to disseminate guidance on complying with the state’s Sunshine Law. But municipal leaders continued to express a desire for more clarity, particularly as to whether boroughs and third-class cities could conduct business via remote meetings.

This legislation provides that desired clarity.

Sen. Scott Martin (R-Lancaster), who chairs the Senate Local Government Committee, had previously prioritized providing guidance over passing legislation, but he said after passage Tuesday that he was happy to respond to municipal leaders’ concerns and “give them that clarity [so] that they feel comforted.”

“Obviously, it was very evident that there was a disparity in solicitor opinions in how municipalities have been reacting to it,” he said. “Some have already been doing remote meetings, but others were really panicking because their solicitor said they had to be physically present. We don’t want people to panic.”

He added that had the Senate taken up the House bill, it would have required going through the whole committee process, possibly delaying final action by weeks. Instead, the Senate attached the language about meetings to an existing bill amending the Pennsylvania Code that had already passed the House and Senate once and now requires only a concurrence vote in the House to head to the governor’s desk.

The House recessed Tuesday without considering the bill, though House Minority Leader Frank Dermody (D-Allegheny) tweeted earlier Tuesday afternoon that he intended to vote yes and expected the bill to reach the floor on Tuesday.

A spokesperson for House Majority Leader Bryan Cutler (R-Lancaster) said there was “no particular reason” the bill was not considered Tuesday and is on the calendar for future consideration when the House is next in session.

“Members are working on a number of other bills,” said Mike Straub, the spokesperson. “Essentially, it’s all about balancing these bills and their impacts on public health at this time. We will work with the Senate on the bills we sent them and the bills they sent us and potentially have a concurrence vote as soon as we come back to session.”

Gov. Tom Wolf has not yet indicated whether he would sign the bill should it pass. His spokesperson, Lyndsay Kensinger, said the governor is still reviewing the amended legislation.

Specifically, the bill would allow municipalities to hold remote meetings for the duration of the emergency and do so without a quorum that is physically present. It adds the following requirements:

These modifications apply only to the COVID-19 emergency, but an amendment to Title 35 of the Pennsylvania Code, which governs emergencies in general, would make a permanent allowance for remote meetings under the borough and third-class city codes during declared emergencies.

Both Schuettler and Erik Arneson, executive director of the Pennsylvania Office of Open Records, signaled a desire to have a discussion after this crisis about additional legislative changes.

“The current pandemic has shown that we should take a thoughtful, comprehensive look at how the Sunshine Act and the Right-to-Know Law apply in any similar future emergency,” Arneson said. “Overall, I think the laws are working well in the current pandemic. But there have been a lot of questions, and clarity is important. And by eliminating as many questions as possible, we can increase transparency during future emergencies, which is critical. Transparency tends to be most important when it’s least convenient.”

Limited tech forces thousands of state workers to still report for work, despite their offices being closed