Trump again touts a drug that hasn’t been proven to be an effective coronavirus treatment.

But, Dr. Anthony Fauci said "In terms of science, I don't think we can definitively say it works." 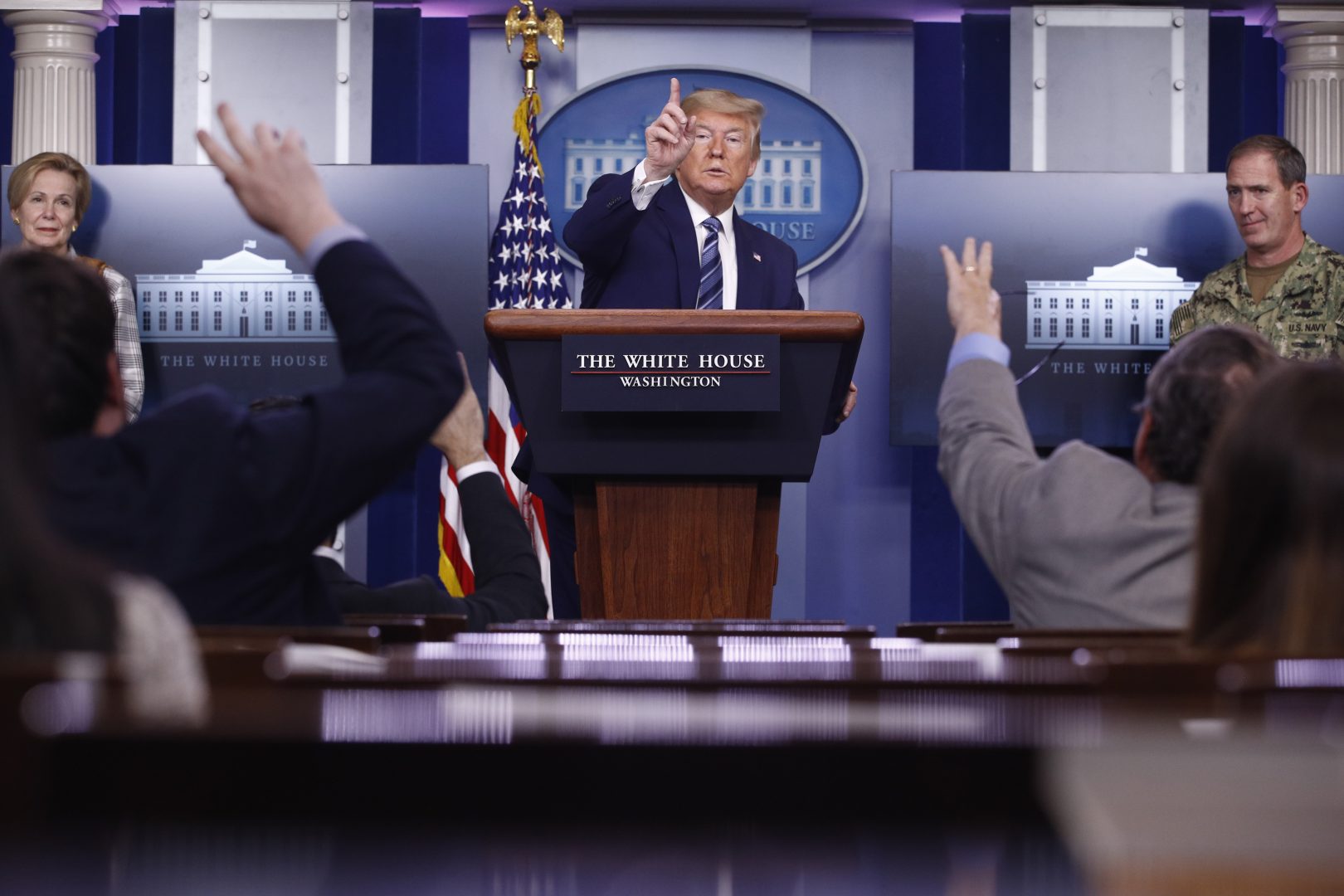 (Washington) — President Trump doubled down Sunday on the suggestion that people facing the coronavirus should consider taking an anti-malaria drug that has not been proven to be an effective treatment.

In a hastily scheduled news conference with members of his coronavirus task force, Trump repeated a line he has said many times before — “what do you have to lose?” — when detailing that the federal government has stockpiled 29 million doses of hydroxychloroquine for potential use to treat the virus. He also suggested doctors take the drug before treating coronavirus patients.

The president’s comments about the drug, along with an extensive list of medical supplies that Trump said the federal government will be delivering to some of the hardest hit areas of the country, came after some of his public health experts on Sunday morning warned that the impending onslaught of coronavirus deaths would likely rival some of America’s most trying times in modern history.

U.S. Surgeon General Jerome Adams said the country should be prepared for widespread tragedy comparable to the Sept. 11, 2001, terrorist attacks and the bombing of Pearl Harbor. 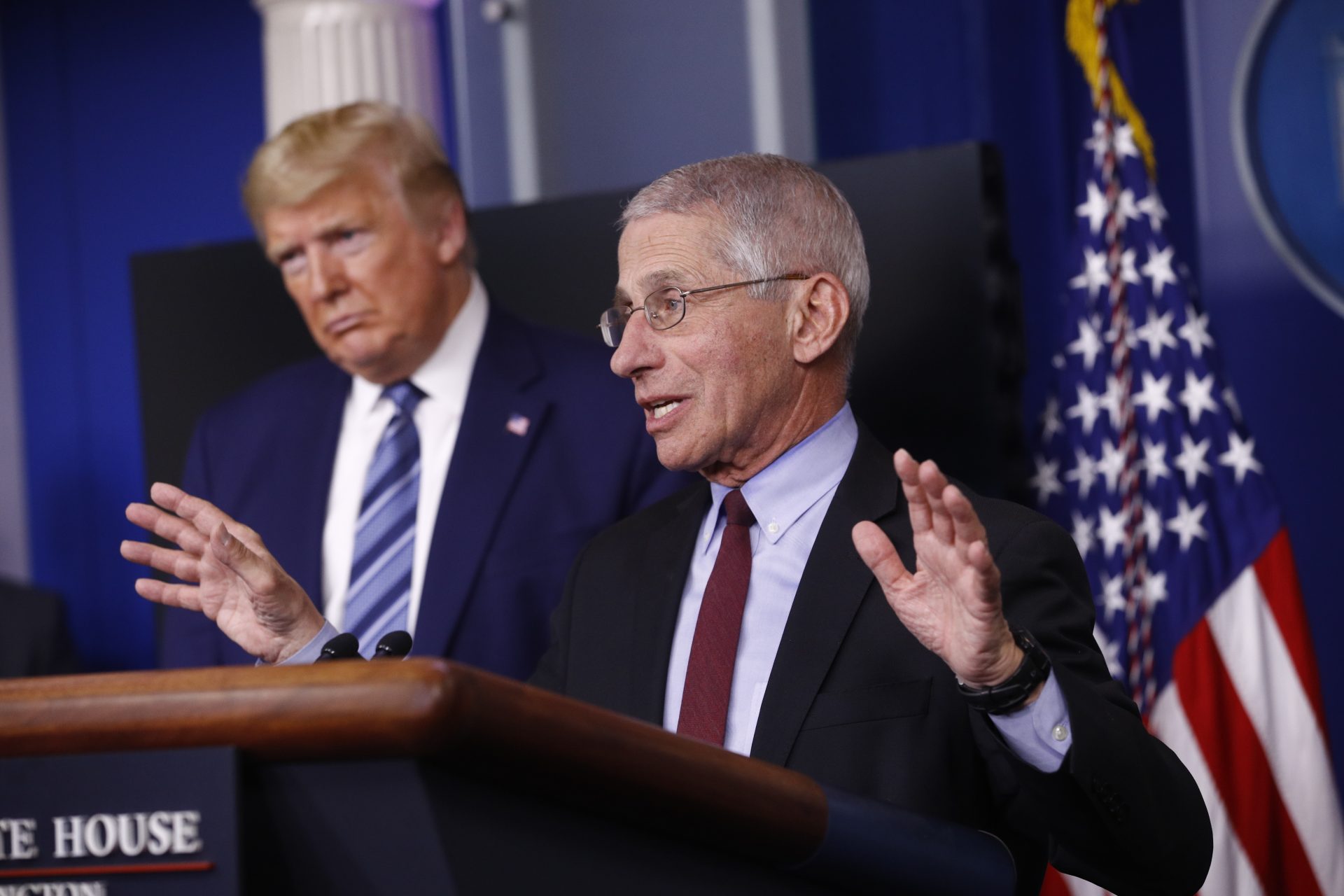 President Donald Trump listens as Director of the National Institute of Allergy and Infectious Diseases Dr. Anthony Fauci speaks during a coronavirus task force briefing at the White House, Sunday, April 5, 2020, in Washington.

Anthony Fauci, the director of the National Institute of Allergy and Infectious Diseases, said on CBS‘ Face the Nation that the next week is “going to be shocking to some, but that’s what is going to happen before it turns around.”

Trump took a more uplifting approach during Sunday’s press briefing, saying the country is seeing “a light at the end of the tunnel.”

“We see a light at the end of the tunnel,” he said. “Things are happening.”

He said more than 3,000 military officials have been deployed throughout the country and that the federal government has delivered 500 ventilators to New Jersey, 200 to Louisiana, 300 to Michigan and 600 to Illinois.

He also said 1.67 million COVID tests have been completed nationwide.

Asked about why he is giving medical advice while acknowledging he’s not a doctor, Trump said there is simply not enough time to go through the normal testing process.

“People are dying,” he said. He added that there is not enough time to test a drug for over a year. Trump said people should follow their doctor’s advice and emphasized that he was not promoting the use of the drug. He also said it would be a shame not to try it if it were effective.

Earlier in the day, Fauci suggested during his CBS interview that there was no evidence that hydroxychloroquine had any benefit against coronavirus.

“In terms of science, I don’t think we can definitively say it works,” he said. 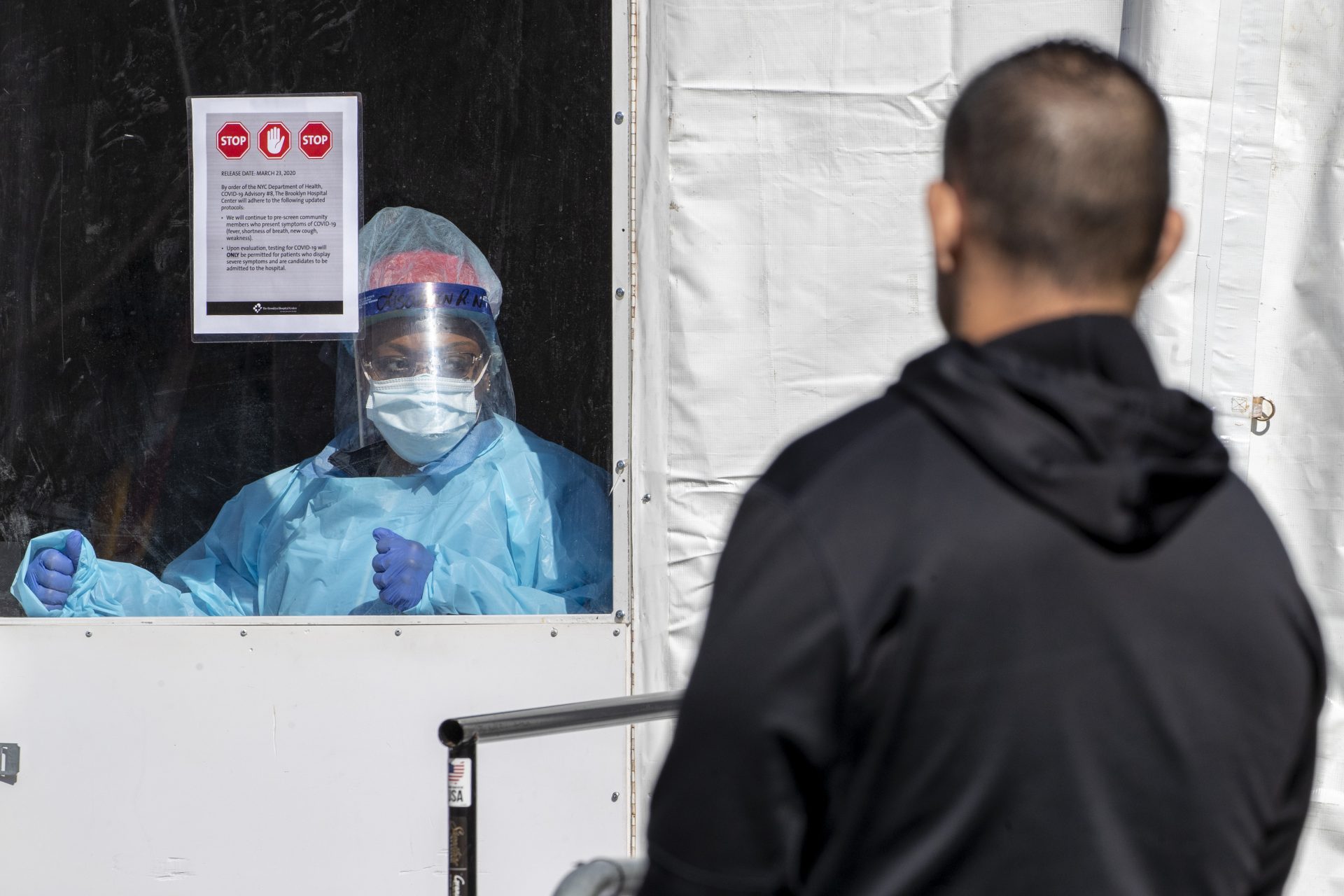 A member of the Brooklyn Hospital Center COVID-19 testing team calls in the next patient in line, Thursday, March 26, 2020, in the Brooklyn borough of New York. The new coronavirus causes mild or moderate symptoms for most people, but for some, especially older adults and people with existing health problems, it can cause more severe illness or death.

When a reporter sought to ask Fauci during the evening briefing about the drug’s effectiveness, Trump interrupted before Fauci could answer.

As of Sunday night, there were 337,000 confirmed coronavirus cases in the U.S., and more than 9,600 deaths, according to data compiled by Johns Hopkins University.

The White House’s coronavirus task force has said it expects at least 100,000 U.S. deaths from the virus in the coming weeks and months.

New York has been the epicenter of the country’s epidemic, but prediction models show Detroit and New Orleans should also be bracing for an especially significant crush of new cases soon.

Most of the country is under stay-at-home orders, and the economy has nearly skidded to a stop, prompting a record 10 million people to file for unemployment over two weeks.

Scores of major events are being postponed or cancelled. And Sunday, former Vice President Joe Biden suggested his party’s presidential nominating convention, which had already been delayed a month over coronavirus fears, could be forced to happen virtually.