“Obviously, we wish that he was here with us to celebrate." 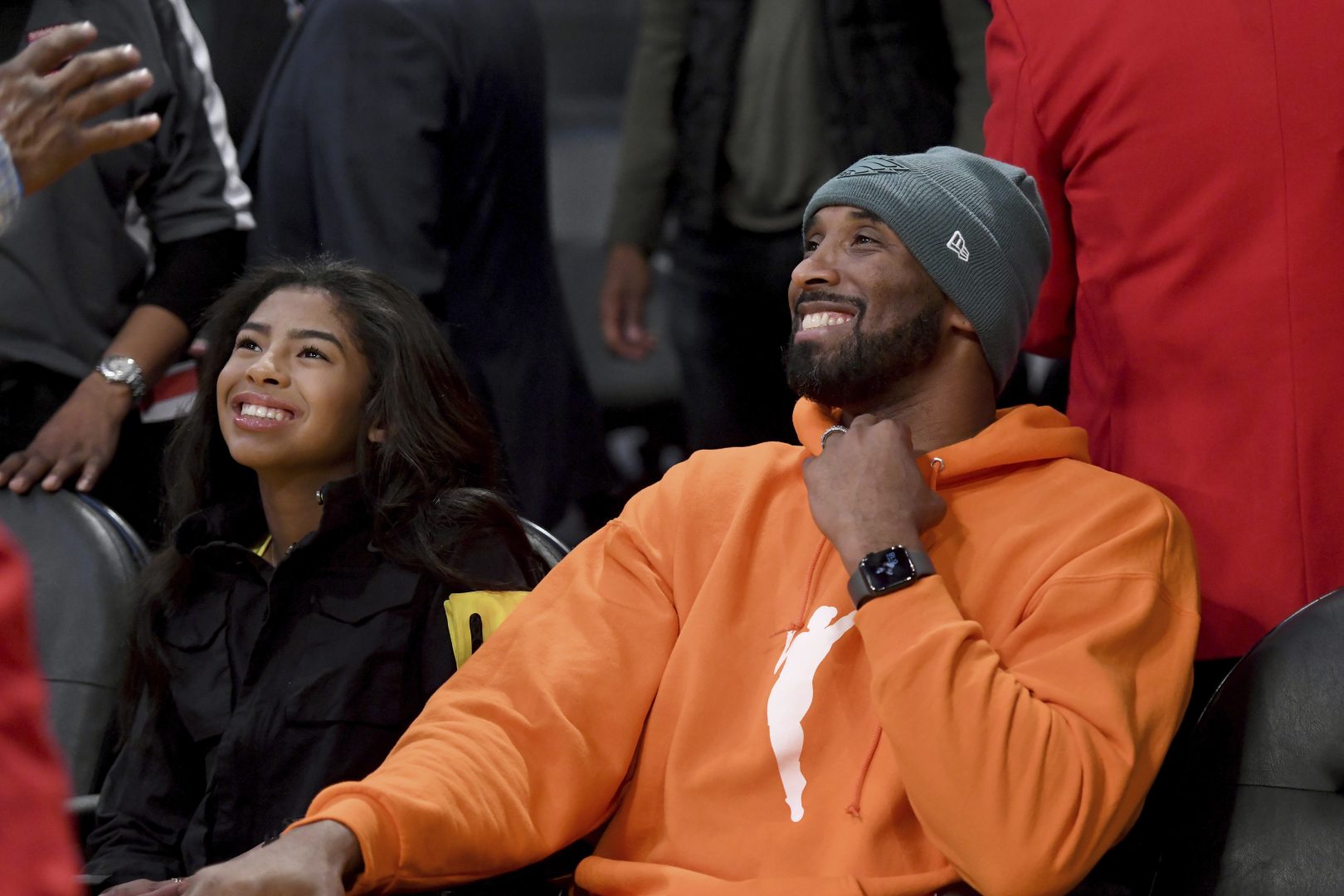 (New York) — Kobe Bryant’s resume has yet another entry to prove his greatness: He’s now, officially, a Hall of Famer.

And he’s got plenty of elite company in the 2020 class, one that may be as glitzy as any.

Bryant and fellow NBA greats Tim Duncan and Kevin Garnett headlined a nine-person group announced Saturday as this year’s class of enshrinees into the Naismith Memorial Basketball Hall of Fame. 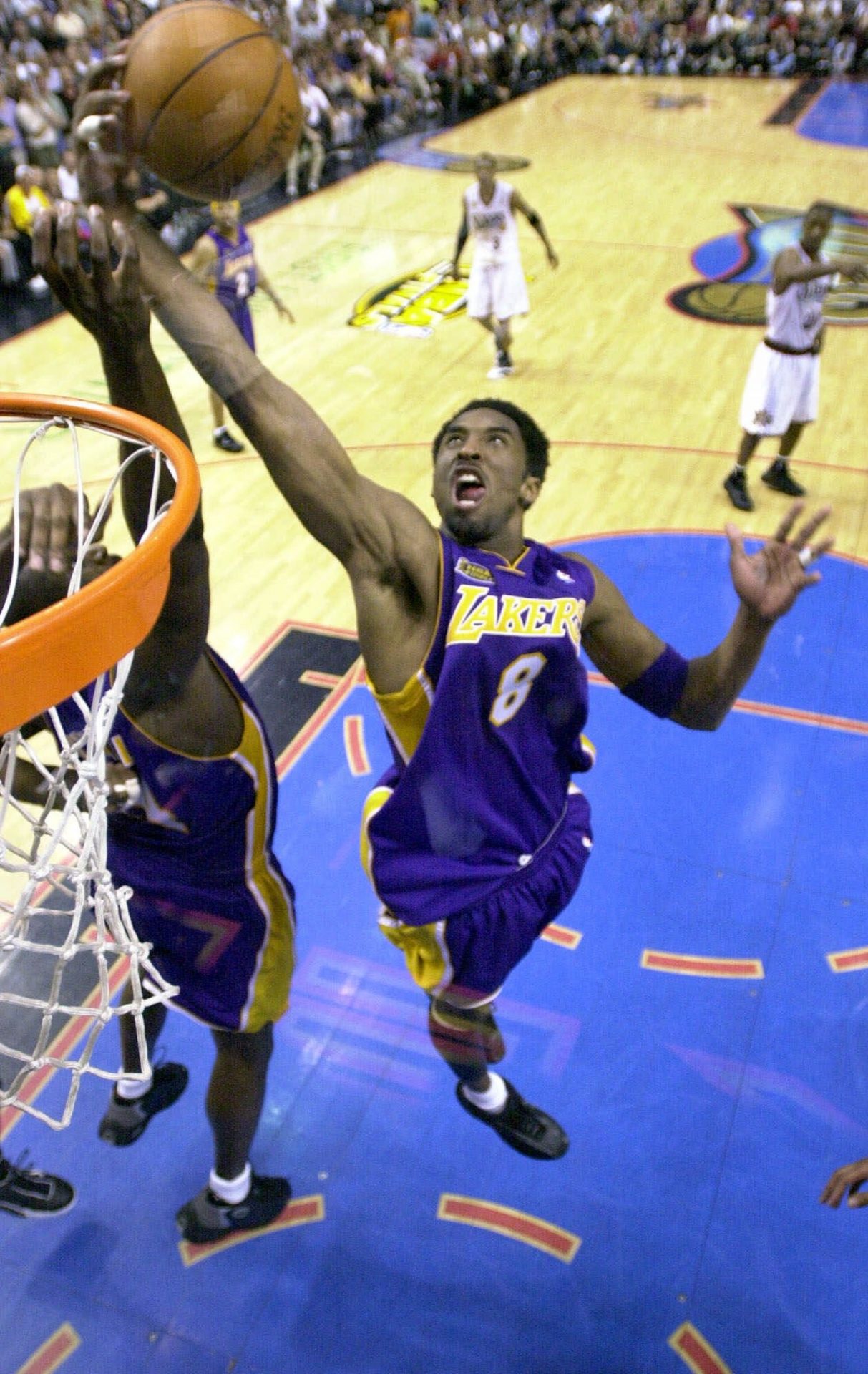 Los Angeles Lakers’ Kobe Bryant goes up for a rebound in the fourth quarter against the Philadelphia 76ers’ in game 5 of the NBA finals Friday June 15, 2001 in Philadelphia. The Lakers won their second straight NBA championship, defeating the 76ers 108-96 to clinch the best-of-seven series 4-1.(

They all got into the Hall in their first year of eligibility, as did WNBA great Tamika Catchings. Two-time NBA champion coach Rudy Tomjanovich finally got his call, as did longtime Baylor women’s coach Kim Mulkey, 1,000-game winner Barbara Stevens of Bentley and three-time Final Four coach Eddie Sutton.

They were the eight finalists who were announced in February, and the panel of 24 voters who were tasked to decide who merited selection wound up choosing them all. Also headed to the Hall this year: former FIBA Secretary General Patrick Baumann, selected as a direct-elect by the international committee.

“He was the head of FIBA and this was a way to honor him,” Hall of Fame Chairman and enshrinee Jerry Colangelo said. “It was a special thing done through that committee.”

Bryant died in a helicopter crash on Jan. 26, about three weeks before the Hall of Fame said — as if there was going to be any doubt — that he was a finalist. Duncan and Garnett were also widely perceived to be locks to be part of this class; they were both 15-time NBA All-Stars, and Bryant was an 18-time selection.

Bryant’s death has been part of a jarring start of the year for basketball: Commissioner Emeritus David Stern died on Jan. 1, Bryant and his daughter Gianna were among nine who died in the crash in late January, and the NBA shut down March 11 as the coronavirus pandemic began to grip the U.S.

“Obviously, we wish that he was here with us to celebrate,” Vanessa Bryant, Kobe’s wife, said on the ESPN broadcast of the class announcement. “But it’s definitely the peak of his NBA career and every accomplishment that he had as an athlete was a steppingstone to be here. So we’re incredibly proud of him.”

Bryant was also a five-time champion with the Los Angeles Lakers, just as Duncan was with the San Antonio Spurs.

“This is an incredibly special class, for many reasons,” Colangelo said. 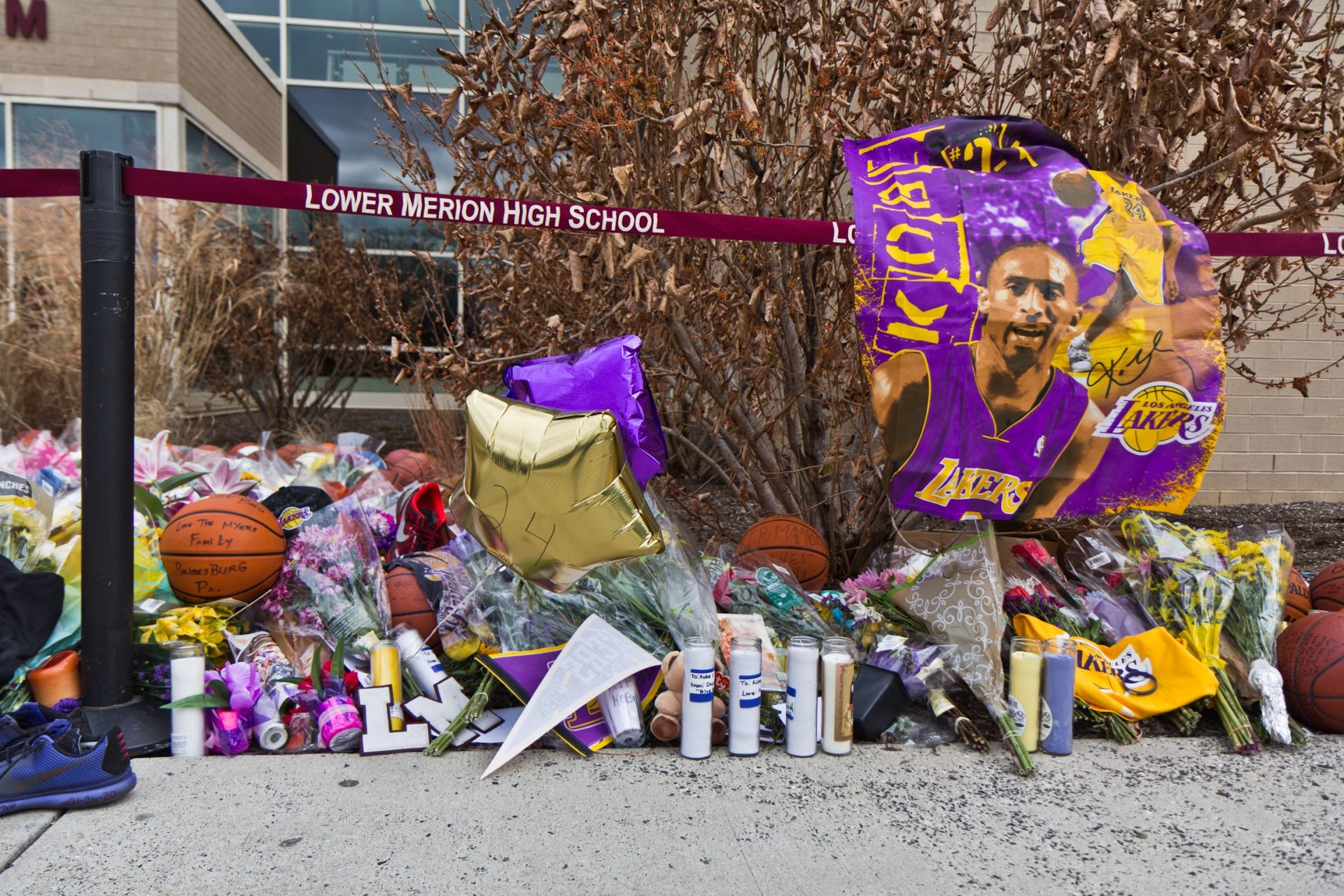 A memorial for late basketball superstar Kobe Bryant grows outside the Lower Merion high school gymnasium named for him.

“This is the culmination,” Garnett said. “All those hours … this is what you do it for, right here. To be able to be called ‘Hall of Famer’ is everything.”

Catchings was a 10-time WNBA All-Star and four-time Olympic gold medalist. Tomjanovich, who had overwhelming support from NBA peers who couldn’t understand why it took so long for his selection, was a five-time All-Star as a player, guided Houston to back-to-back titles and took the 2000 U.S. Olympic team to a gold medal.

Mulkey has three NCAA titles as a coach, won two others as a player and had Baylor in position to vie for another championship this season had the global coronavirus pandemic not forced the shutdown of virtually every sport around the globe. Stevens has coached for 43 years and is a five-time Division II coach of the year. Sutton won more than 800 games in nearly four decades, and Baumann was one of the most powerful voices in international basketball until his death in 2018.

The enshrinement ceremony in Springfield, Massachusetts, is scheduled for Aug. 29. Should the pandemic force a delay, there is a tentative plan for an October ceremony as well.

For this year, largely because of the star power of this class, the Hall chose to enact a one-year suspension of direct elections from the Veteran’s, Women’s Veteran’s, Early African-American Pioneers and Contributors categories.

With Bryant, Duncan and Garnett as perhaps the top NBA trio to ever enter simultaneously, the Hall wanted to make sure that no enshrinee would be overlooked.

“We didn’t need to water it down,” Colangelo said. “Next year is another year for many.”

'We'll get through this': Living in New York city during the coronavirus pandemic