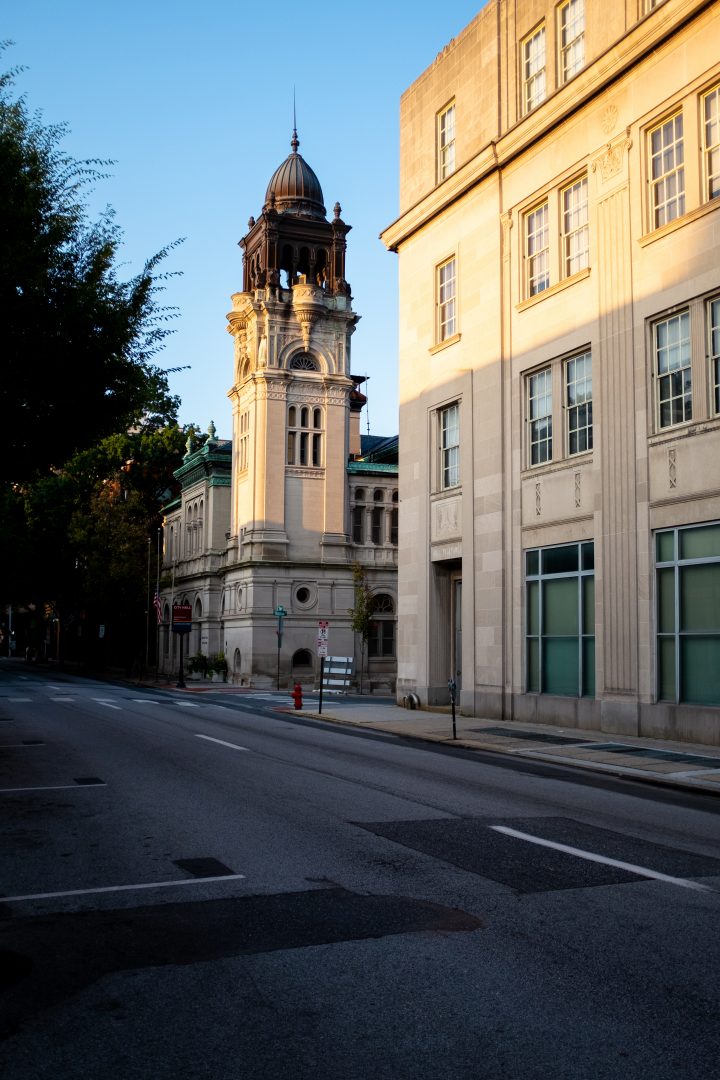 What you should know
» Coronavirus facts & FAQ
» Day-by-day look at coronavirus disease cases in Pa.
» It’s time to get serious about social distancing. Here’s how.[/box]

Pennsylvania’s Sunshine Law is not the only law that prescribes rules for local government meetings. Boroughs, townships, cities, and school boards each have separate codes that govern their operations, and two of those codes — for boroughs and for third-class cities (which includes all Pennsylvania cities except for Philadelphia, Pittsburgh, and Scranton) — require that elected councils hold monthly meetings at which a quorum of members is physically present in the same location.

Given the stay-at-home orders and CDC guidance restricting meetings of more than ten people to help slow the spread of the coronavirus, the Pennsylvania statute leaves municipal leaders struggling to square their obligations under the public health regulations with the legal requirement that they hold in-person public meetings.

State Rep. Liz Hanbidge (D) said she decided to help develop and move HB1564 through the chamber last week after one concerned borough council president in Montgomery County contacted her. The bill would eliminate the requirement of an in-person quorum to hold an official meeting, opening the door to meetings by teleconference or videoconference when the governor has declared an emergency. It passed the House unanimously last Wednesday, but no action has yet been taken by the Senate.

“I am happy that we were able to work towards a solution,” Hanbidge said last Friday. She acknowledged that the Senate is at a “different place” in terms of its sense of urgency to move the bill forward. In the meantime, she said municipalities will have to consult their solicitors to identify a path forward.

Some state officials — including Senate Local Government Committee Chair Scott Martin (R-Lancaster) — argue that the governor’s disaster declaration already gives local governmental bodies the leeway to use alternative methods for meetings without a physically-assembled quorum. But four municipal officials reached Tuesday by PA Post said that their borough or city solicitor is not confident enough in that guidance to advise such an approach.

Jeffrey Smith, who sits on the Butler City Council, said his council’s solicitor was not comfortable with the reasoning that Title 35 of the Pennsylvania Code allows for the waiver of certain “formal requirements” of law — such as the requirement that meetings take place in person — during a disaster.

Under the statute, “performance of public work, entering into contracts, the incurring of obligations, the employment of temporary workers, the rental of equipment, the purchase of supplies and materials, the levying of taxes and the appropriation and expenditure of public funds” are the items that can be conducted “without regard to time-consuming procedures and formalities prescribed by law.”

“The real problem is that if somebody claims that we didn’t have a quorum per code, any actions we take are not legal and can be reversed,” Smith said. “You would like to think that common sense would prevail, but, too often, it doesn’t.”

And while both the state Office of Open Records and the Pennsylvania District Attorneys Association issued guidance last week about open meetings, that guidance pertained to complying with the Sunshine Law, not the codes that lay out the rules for boroughs and cities.

Smith said that the Butler City Council canceled what was supposed to be a large meeting on housing issues last week because it lacked a way to do it remotely and still comply with the law.

Moving forward, Smith said, one Butler council member will use the remote meeting software Zoom to participate in the meetings, a step the member took because the member has an underlying medical condition that could put them at greater risk to the virus. The rest of the five-member council will meet in its regular physical location along with the city clerk and solicitor so that a quorum is present in one place as required by law. They will encourage the public to participate virtually via Zoom, but have no plans to block entrance to the meeting location.

“If they show up, we don’t have a plan to stop them,” Smith said.

In Lancaster city, Council President Ismail Smith-Wade-El said that he has been consulting with the city solicitor and other staff, but he does not yet have a solution for how the council’s meetings will proceed. The next two — scheduled for April 6 and 14 — have been canceled, but, beyond that, Smith-Wade-El is hoping to resume meeting remotely on April 28.

“I would like very much to be able to do April 28 remotely in a safe way, but I don’t have guidance on how exactly to accomplish that yet,” he said.

Beyond public health, Smith-Wade-El said he is most concerned about engaging the public so that people “see and have opportunities to interact with their civil government.”

He said he hopes more clarity from the state will be forthcoming.

“I think as much clarity as possible is necessary,” Smith-Wade-El said. “I do think that ultimately municipal governments should feel confident in coming up with their own strategies about how to handle these things, but we don’t want to betray the trust of our constituencies in any way. So anything legislators can do to make us feel more confident in charting our own course or charting a specified course if they have a vision for that is helpful. We’re working on it.”

Shannon Berkey, borough manager of Danville in Montour County, said that her borough has consulted its solicitor, but, nonetheless, officials there remain unsure how they should proceed and would like to see guidance from the state.

“We’re holding out to see if it would pass the Senate and getting some more clarity,” Berkey said, noting that in-person meetings are not the only requirement she might like to see relaxed. “It says in the Borough Code that you have to meet once a month too. If they wanted to give a waiver on that too, that would be welcomed.”

In Lewistown, Mifflin County, borough manager Dianna Walter said her borough’s solicitor advised waiting to see what the Senate is going to do. The borough council held a remote finance committee meeting on March 26, but no official action was taken.

“I think it went pretty smoothly,” Walter said, noting that a few members of the public did join remotely. But she said she is not sure that the borough council could take official action at a remote meeting. The next scheduled meeting is not until April 13, so they are waiting to see whether the state passes any new legislation to provide more direction as to what is permitted under the Borough Code.

Not all boroughs are waiting for further guidance. The council in the small Lancaster County borough of Denver met Monday evening in a closed meeting to approve a resolution declaring a disaster emergency.

In an email last week, Sen. Martin said that he believes municipalities already “can use alternate methods to meet without a physical quorum” under the governor’s emergency declaration and social distancing orders.

State Sen. Scott Hutchinson (R-Butler), who also sits on the Local Government Committee, said that he has voiced his view to the Senate leadership that amending state law via legislation is needed.

“Although many believe that the Disaster Declaration already allows extraordinary ability for local government decision-making, clarity is always good, so I said we should move this issue along promptly,” he said in an email.

Jennifer Kocher, a spokesperson for Senate Majority Leader Jake Corman (R-Centre), said that providing more clarity to local governments about meetings is on the agenda when the Senate reconvenes next week. She was non-committal about a timeline to move legislation, though.

“We have a lot of things on our plate right now,” she said. “I’m not in a position to assign something importance over another.”

Smith, from Butler County, said that until legislation is signed into law, council members and municipal staff statewide will be at risk.

“It’s not just whether or not the council people get sick,” he said. “It’s that in these smaller municipalities, there’s a lot of workings between council people and staff. If one of us gets it from the public, because the symptoms can be hidden for up to two weeks, any one of us could easily infect the staff. In our case — we have paid fire and paid police — and then, all of the sudden, it’s a total disaster if you have no government in place.”

Your morning update on coronavirus in Pa.: State police will no longer send troopers to some calls