Cumberland, Dauphin and Schuylkill counties are added a separate stay-at-home order. There are three deaths and 388 total cases in midstate counties

(Harrisburg) — The president declared a major disaster in Pennsylvania on Monday night, capping off a day that saw nearly 700 new cases as Gov. Tom Wolf extended the closing of schools and nonessential businesses indefinitely.

Wolf also added four more counties — Carbon, Cumberland, Dauphin and Schuylkill — to a separate stay-at-home order and extended its duration by more than three weeks, through at least April 30.

Trump’s order allows for federal assistance to supplement state, tribal and local recovery efforts in the areas affected by the coronavirus pandemic.

More than 10 million Pennsylvania residents, or 80% of the state’s population, have now been instructed to remain in their homes, with exceptions that include working at a business that’s still open, going to the grocery store or pharmacy, visiting a doctor, caring for a relative or heading outside to exercise. 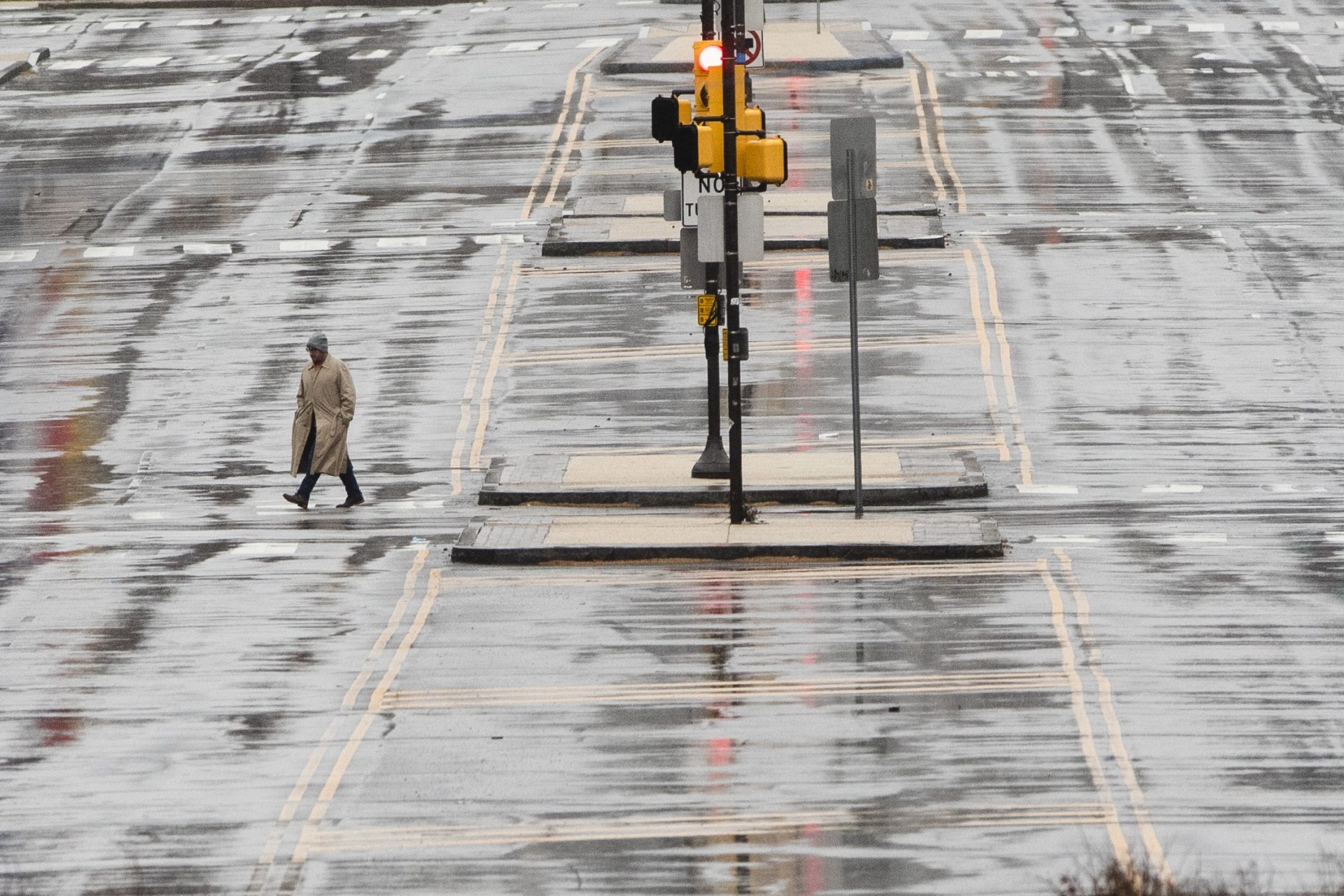 What the governor’s stay-at-home order means

Individuals may leave their residence only to perform certain individual activities and essential travel.
Here’s what you need to know.

The Democratic governor said he knows the extended shutdown of businesses, schools and swaths of daily life “isn’t easy to hear,” but is necessary to save lives and keep hospitals from becoming overwhelmed with COVID-19 patients.

“We’re going to keep our schools and businesses closed as long as we need to keep them closed to keep Pennsylvania safe. Right now, it isn’t safe,” he said.

In other developments Monday:

COVID-19 cases reported by the state Health Department on Monday rose by 693 to nearly 4,100.

Two elderly women who had been diagnosed with COVID-19 died either late Sunday or early Monday at Brighton Rehabilitation and Wellness Center in Beaver County, according to the nursing home’s medical director, Dr. Dave Thimons. At least 19 residents at the facility have tested positive for the coronavirus in recent days.

The women’s deaths raised the state’s toll to at least 50, up from 38 on Sunday.

For most people, the coronavirus causes mild or moderate symptoms that clear up in a couple of weeks. Older adults and people with existing health problems are at higher risk of more severe illness, including pneumonia, or death.

The Department of Corrections said inmates throughout the state prison system will largely be confined to their cells to keep the virus from spreading after an inmate at State Correctional Institution at Phoenix in Montgomery County tested positive for COVID-19.

“Quarantining the entire system is in the best interest of our employees and our inmates,” Corrections Secretary John Wetzel said in a news release.

Inmates will only be allowed out of their cells for video visits, phone calls and access to the law library. 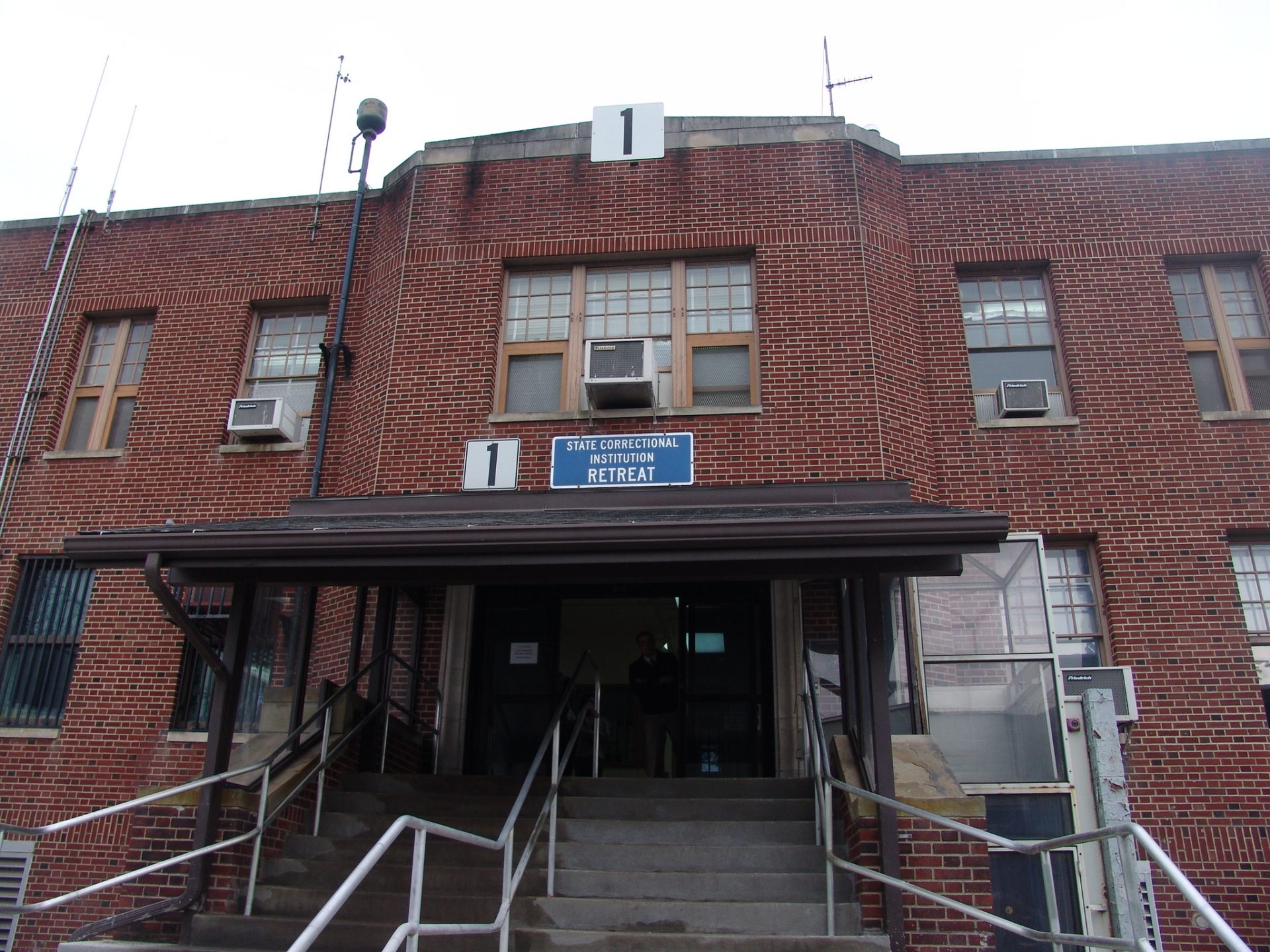 Beginning Saturday, officials plan to send new male inmates and parole violators to SCI Retreat in Luzerne County, while transferring most of the people currently held there to other prisons in the state. (Department of Corrections)

The state Supreme Court was asked to order the release of some inmates from county jails to help reduce the virus’s spread. The county jail system isn’t impacted by the Department of Corrections quarantine.

)The American Civil Liberties Union of Pennsylvania said in a petition that tight inmate quarters, a lack of sanitation, and a limited ability to treat and quarantine people suspected of having COVID-19 presents an “extraordinary public health risk” to inmates, staff and surrounding communities.

Once the virus enters a jail, it’s “virtually certain to spread like wildfire,” the petition said.

The plaintiffs are the Pennsylvania Prison Society, an advocacy group, along with five inmates.

Other states, including New Jersey, have taken steps to reduce their jail populations, as have Allegheny, Lackawanna and Lancaster counties in Pennsylvania.

The legal action was taken as Pike County officials announced Sunday that a staffer at the jail tested positive for COVID-19. Inmates who had direct contact are under quarantine.

The Pennsylvania attorney general’s office is seeking banks and financial institutions to join a new program that expands consumer protections under a recently passed federal law.

Under the program, dubbed PA CARE Package, lending institutions will make loans more easily available to small- and medium-sized businesses and will provide a 90-day grace period for mortgages; auto and other consumer loans; and late and overdraft fees and similar charges.

Participating banks must also agree to a minimum two-month moratorium on foreclosures, evictions and vehicle repossessions, and promise not to negatively impact the credit of people who get relief from consumer loans.

The attorney general’s office said PNC Bank was the first to agree to participate. 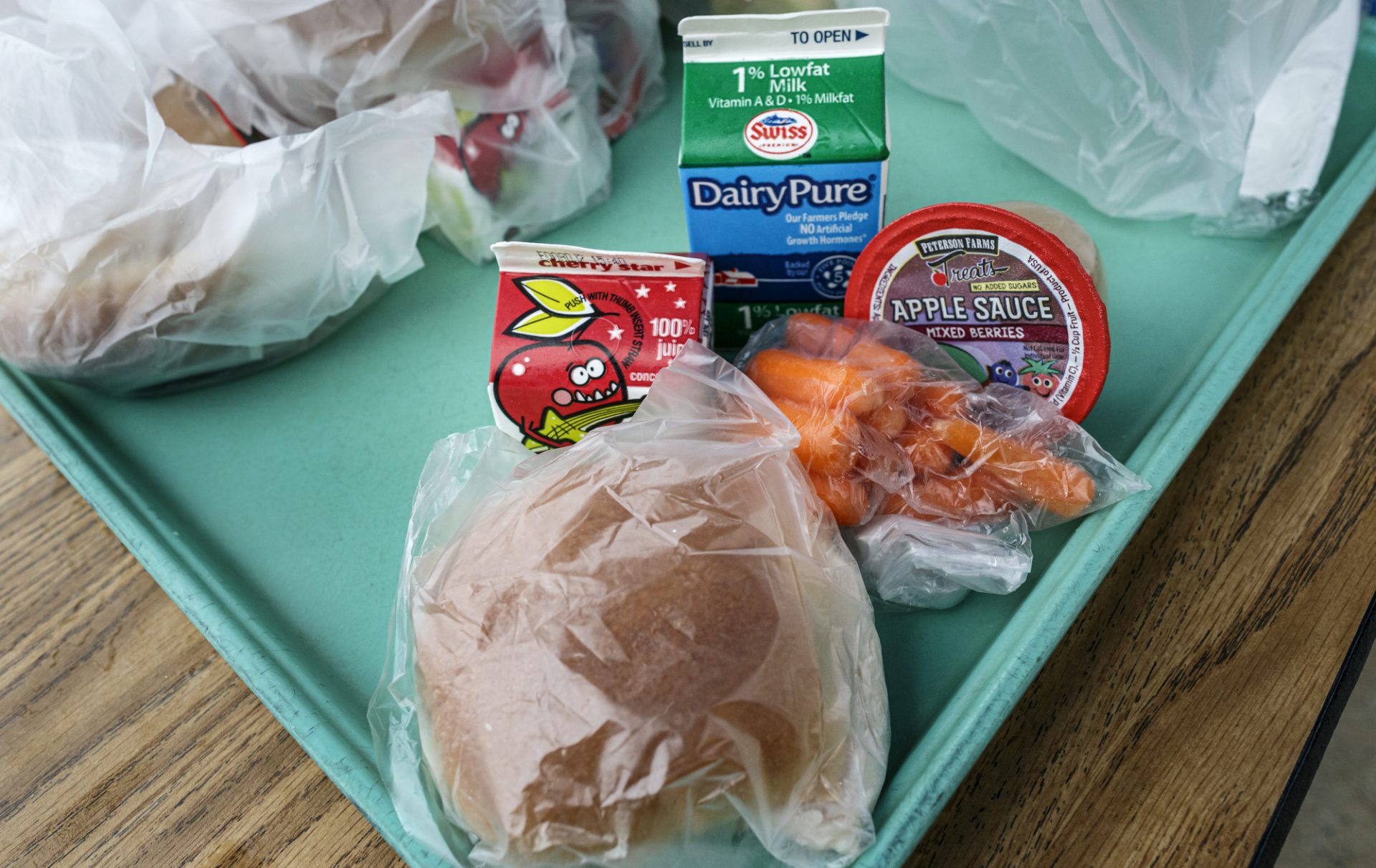 The contents of a school lunch at Central Dauphin East High School. During the coronavirus COVID-19 shutdown, drive-through distribution of breakfast and lunch will be available each weekday from 8:30 a.m. through 11:00 a.m. at Central Dauphin East High School and Swatara Middle School. This first-come, first-served program is for all resident children in the district ages 18 and under, March 17, 2020.

Pennsylvania is getting the OK from federal regulators to allow schools to provide free meals to all children during the COVID-19 emergency.

The state Education Department said Monday it received the waiver, clearing the way for schools and community organizations to request state approval as an open-meal site. Without the federal action, Pennsylvania schools that did not quality for free or reduced-price meals could not provide free meals to all children in their area.

There are about 1,600 food distribution sites in Pennsylvania, according to the state agency, and the new federal waiver is expected to increase that number.

Pennsylvania set another record for unemployment claims last week — numbering 405,000 — as businesses shut down and laid off workers.

That beat the previous week’s record of 379,000, which itself was highest in the nation.

The emergency relief bill signed last week by President Donald Trump adds 13 weeks of benefits — from 26 to 39 in Pennsylvania — plus $600 a week in benefits. It also expands eligibility to workers who don’t pay into the system and normally aren’t eligible, but who lost jobs due to the pandemic.

Pittsburgh is closing its public basketball courts and closing Mount Washington overlooks because too many people are crowding them and flouting social distancing guidelines. Police will patrol parks to break up group sports.

The parks remain open. Officials encouraged residents to use them, but to stay away from each other.