A dozen states will hold primary on June 2 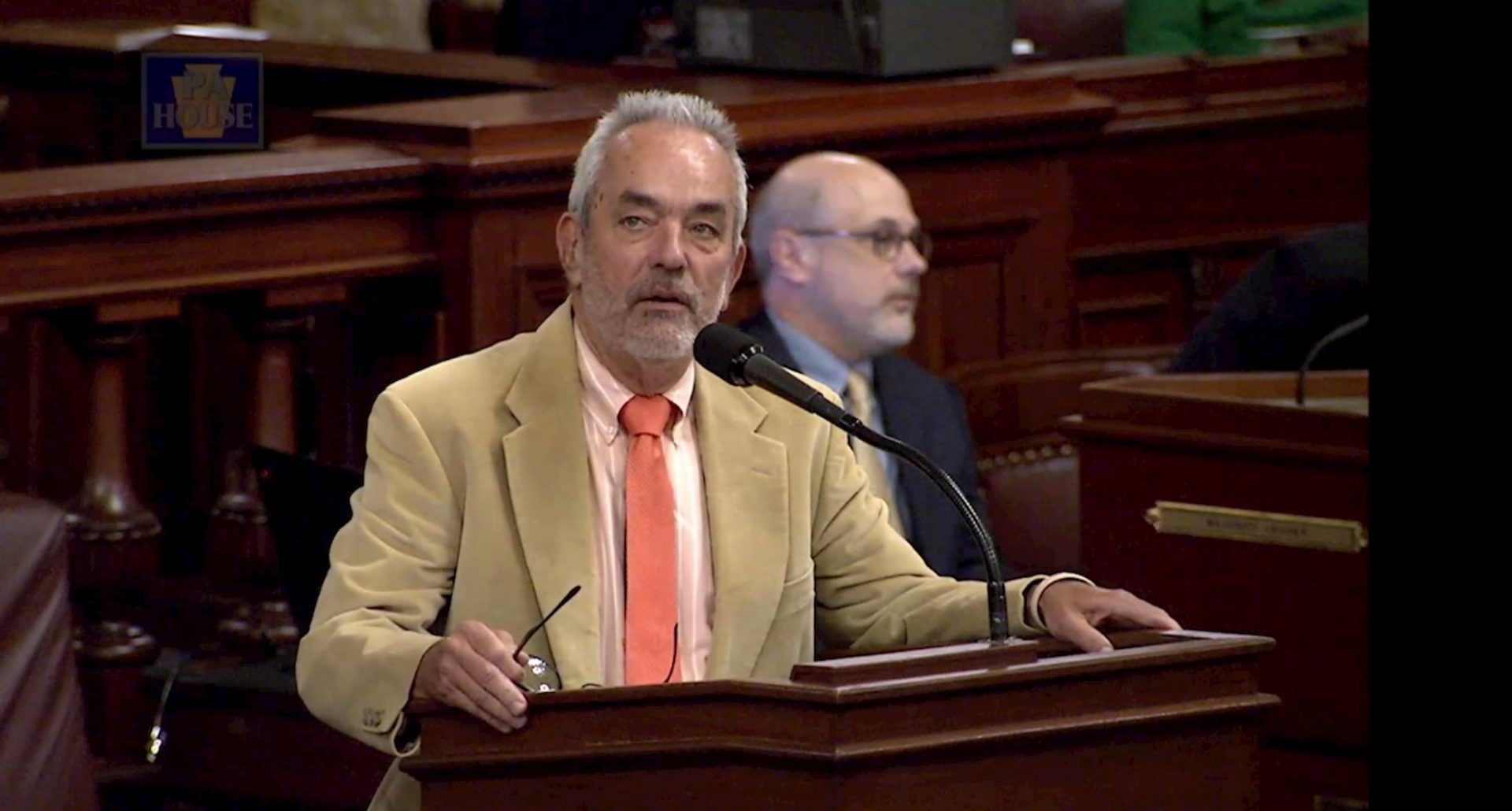 Pennsylvanians are on track to file more than 800,000 unemployment claims before the end of the week, Gov. Tom Wolf said during a press conference Thursday afternoon. The tally goes back to March 15, Wolf said, when the governor ordered bars and restaurants across the state to close their dine-in facilities to minimize the spread of coronavirus. I looked at claims totals relative to total workforce by state, and found Pennsylvania ranked third based on filings through March 21 — the most recent nationwide data available from the U.S. Department of Labor. Experts told us it’s too soon to try to understand why Pa.’s so high on the list. We’ll be following this story and watching for numbers broken down by industry, sector and zip code, some of which we expect within a couple weeks. —Emily Previti, staff writer Pennsylvania’s primary will be postponed until June 2 once Gov. Tom Wolf signs the bill passed this week by the legislature.

Once it’s official, Pennsylvania will join a dozen states that have postponed their presidential primaries in response to the coronavirus outbreak.

But of the ten that rescheduled in-person voting, seven (including Pa.) are going with June 2.

This New York Times story explains how June 2 is nearly the last Tuesday to schedule a primary without running afoul of Democratic National Committee rules that require delegates to the party’s nominating convention to be submitted no later than June 20.

Miss that deadline and state parties risk forfeiting half their delegates, notes Josh Putnam, a political scientist who runs the Frontloading HQ blog.

“They’re not paying a whole lot of attention to party rules. That’s historically been the case. Other states have moved [presidential primaries] before, in the past, and ignored the rules,” Putnam said.

He noted the case of Florida in 2008, when a Republican legislature ignored Democratic Party rules over when the state could hold its primary. “They definitely didn’t care about the DNC,” he said.

“I think it’s too early to tell whether the DNC’s going to levy the penalty or not,” Putnam said, referring to a loss of delegates a state can send to the convention. “The DNC is keenly interested in getting states’ delegate selection processes in line: who those human beings are going to be, who will gather in Milwaukee, whenever that is, or remotely, should that be the case,” he said.

DNC higher-ups have been firm: they won’t delay the convention (July 13-16) or conduct it remotely.

“They’re saying that right now because of the complexities of the process,” said Terry Madonna, public affairs professor who runs Franklin and Marshall College’s Center for Politics and Public Affairs. “They have to be consistent, … or end up with chaos in terms of delegate selection. But, who knows what will happen. We’re in uncharted territory.”

States could’ve moved their primaries to June 9 without sacrificing delegates; however, none has as of this writing (officials in New York, for example, committed to moving their primary but have not yet settled on a date).

Madonna says June 9 is nearly too late to hold a primary, given the possible problems that can arise in any election. And this year, states anticipate a deluge of mailed ballots as voters try to stick to social distancing imperatives, he said.

The states that moved first to delay their primaries likely went with June 2 (versus the 9th), in part, because that’s when the very last regularly scheduled primaries will be held (in the continental U.S., that is; it’s June 6 in the Virgin Islands), Putnam noted.

And once a few states settled on June 2, it likely encouraged others to do the same, Putnam and Madonna said.

With the delays, nearly a dozen states will run nominating contests June 2, 2020 — a date that effectively becomes the second Super Tuesday of the year. –Emily Previti The Holiday Inn Express at 13th and Walnut in Center City is photographed on Tuesday, March 24, 2020. The city is planning to turn the hotel into Philadelphia’s first coronavirus quarantine site, and use it to house homeless people who test positive for the virus, according to two people with knowledge of the plans. (Heather Khalifa/Philadelphia Inquirer)

WHYY reports that school districts across Pennsylvania are getting little guidance from state education officials about how they should deliver online learning to students. “Rather than follow any state guidelines or standards, they say, districts must make a ‘good faith effort’ to provide remote instruction to students and submit a plan to the state for doing so,” the station reports. PennLive has a story on this issue too.

Help from public media: WITF recognizes that children, families and teachers are eager to continue learning together during these uncertain times.  Using a wealth of resources, WITF can create a bridge to distance learning opportunities and engaging experiences while we are all staying safe at home. More information online here.

‘No better antidote to anxiety than doing something’: Meet the Medical Reserve Corps volunteers fighting coronavirus