Senate Majority Leader Mitch McConnell leaves the Senate floor on Wednesday as the U.S. Senate was poised to pass a massive relief package for Americans and businesses ravaged by the coronavirus pandemic.

First-time jobless claims hit nearly 3.3 million last week, the Labor Department reported Thursday. That’s staggering when you consider that at the height of the Great Recession, initial claims topped out at just shy of 700,000.

The legislation that the Senate passed Wednesday night is set to provide $2 trillion in economic aid as the nation braces for this massive economic blow.

“Nobody thinks legislation can end this. We cannot outlaw the virus. And no economic policy can fully end the hardship so long as the public health requires that we put so much of our commerce on ice,” said Senate Majority Leader Mitch McConnell on Wednesday. “This isn’t even a stimulus package. It is emergency relief.”

For households, the two main pillars of relief in the bill are direct payments and unemployment benefits.

According to experts, the sizable spending for individuals as laid out in the bill’s latest version will help protect Americans from severe economic pain, but there is some question whether it’s enough for the long run.

Relief checks for most Americans

A lot of the attention is being paid to the one-time checks that households will receive directly from the government.

The check amounts would be phased out beyond those income limits, and no person earning over $99,000 (or couple earning over $198,000) would receive the benefits. (However, unlike earlier versions, there are no phase-in amounts; all individuals with incomes up to $75,000 will receive the same amount.) 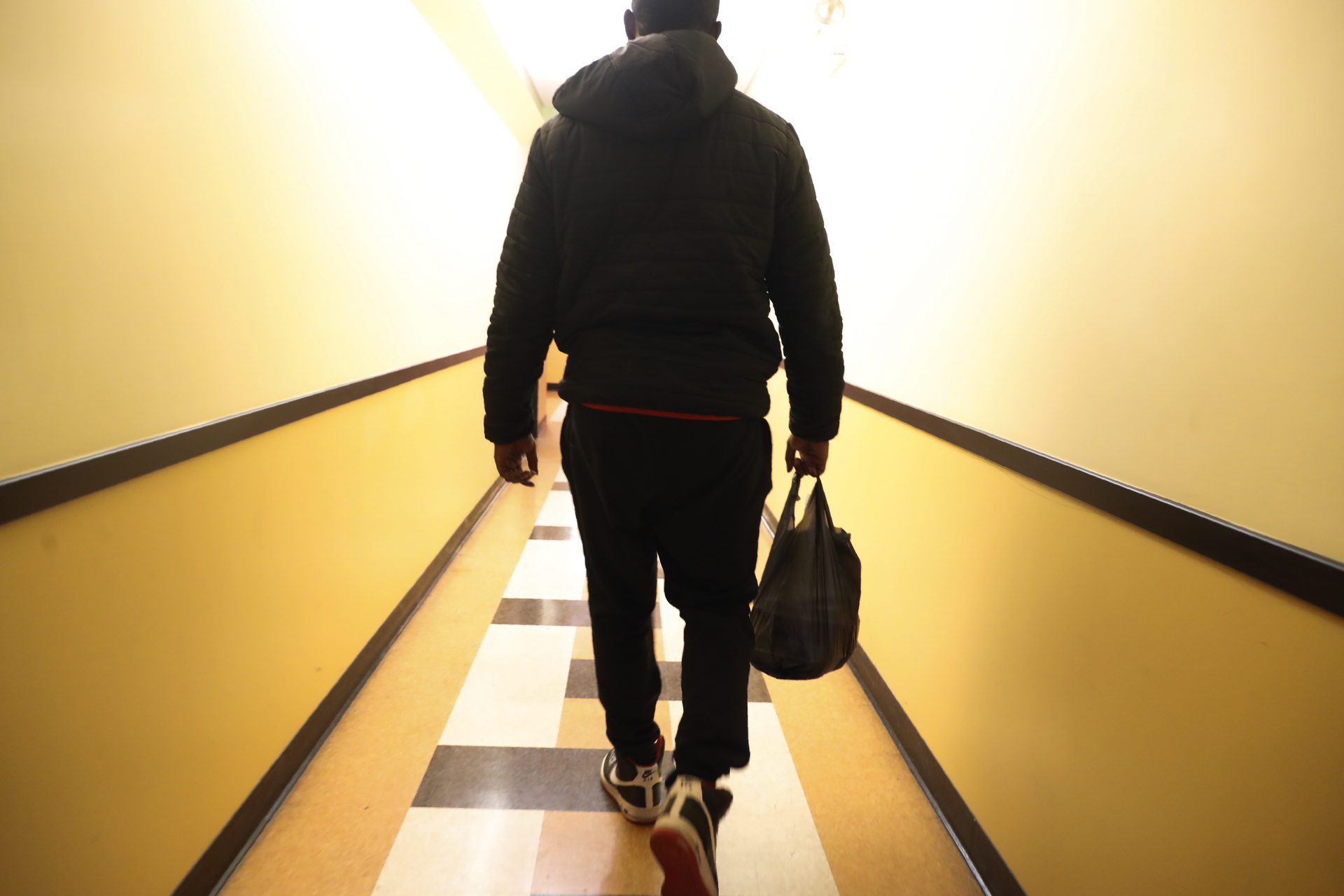 In this Thursday, Feb. 27, 2020, photo, Richard Butler brings breakfast back to an apartment that a friend is letting him and his fiance live in on Chicago’s Southside. From Hawaii to Pennsylvania, states are scrambling to curb the impact of a new Trump administration rule that could cause nearly 700,000 people including Butler to lose food stamp benefits unless they meet certain work, training or school requirements.

It’s also a potentially sizable cushion for some households. More than 1 in 10 adults wouldn’t be able to cover an emergency $400 expense, and an additional 1 in 4 would need to borrow money or sell something, according to 2018 data from the Federal Reserve.

But what would $1,200 cover? We do know that housing is for many households the largest spending category. Median rent in the U.S. in 2017 was $1,012, according to the U.S. Census Bureau. Median mortgage costs, meanwhile, were $1,513 for households with a mortgage.

Of course, household needs differ dramatically by place and size. Median rent in San Francisco is $2,200, whereas it is $1,091 in Phoenix and $891 in Omaha, Neb. And a family needing more space might pay a much higher mortgage or rent than a single person.

But the point is that Congress is acting quickly, says one political scientist. And these initial rebate checks are a simple, blunt way to start helping some households.

“We’re living in an emergency situation. In an ideal world, we would have time to create adjusted cost-of-living amounts for everywhere in the country based on pretty specific data as to what it costs to raise what type of children, you know, which number of children and which state,” said Amy Castro Baker, an assistant professor at the University of Pennsylvania who studies basic-income programs. “We don’t have that kind of time. People are losing their houses yesterday.”

In short, $1,200 (or $2,400 for a two-adult household) could in the immediate future be useful for a lot of people. But then, the crisis could last much longer — some public health experts say the need for social distancing could easily last for months.

That’s where longer-term measures, such as the unemployment insurance measures in this bill, will help. 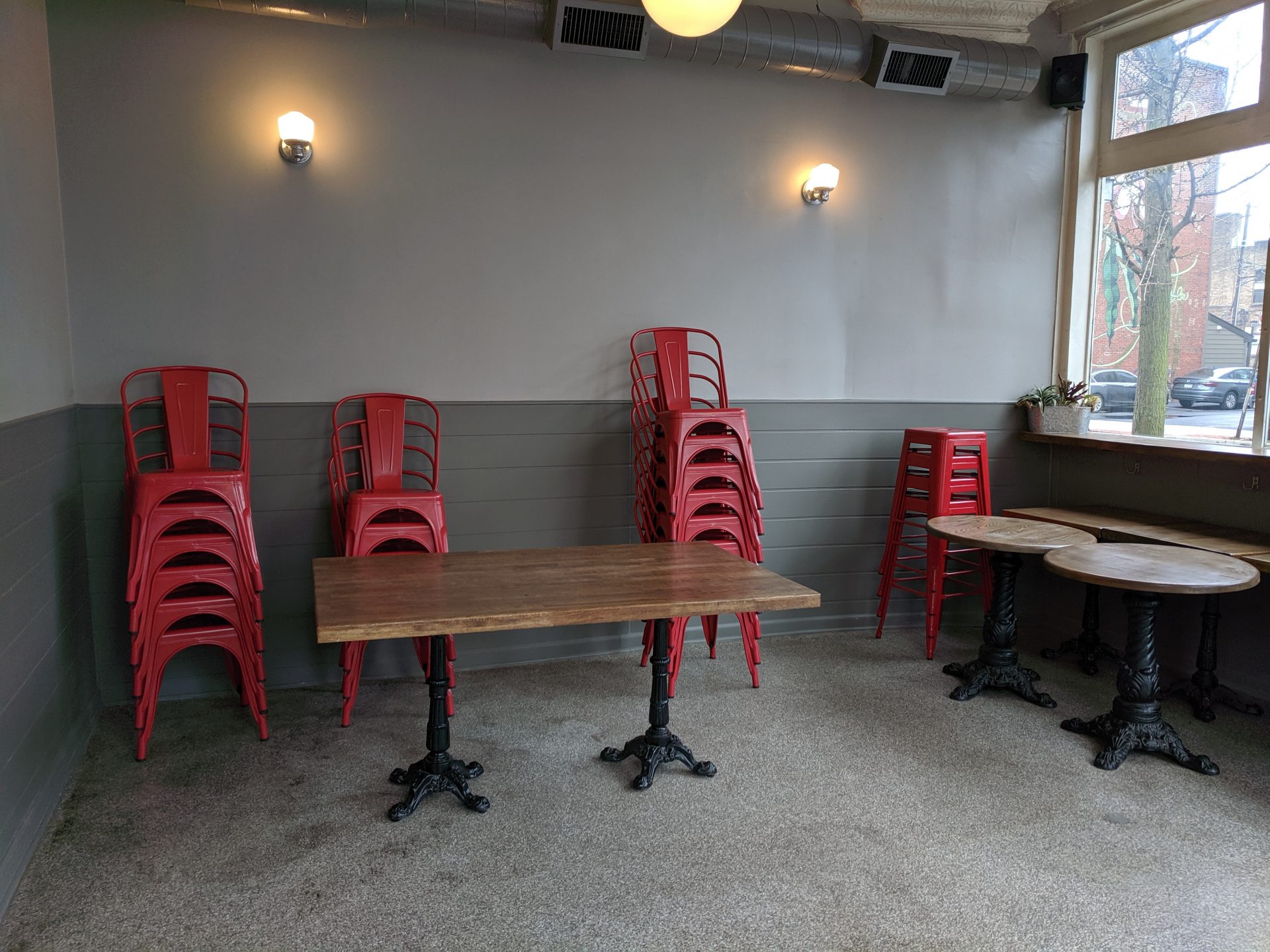 Tables and chairs in Knead Slice Shop are pushed up against the walls on Thursday, March 19, 2020. Governor Tom Wolf has limited restaurants statewide to take-out service only to help slow the spread of COVID-19.

Unemployment insurance: Some low-wage workers could get more than their usual earnings

The expansion of unemployment benefits could stand to put even more money in some families’ pockets than the relief checks. New York Sen. Chuck Schumer has taken to calling it “unemployment insurance on steroids.”

“I think of this thing as a deep response and a broad response,” said Chuck Marr, senior director of federal tax policy at the left-leaning Center on Budget and Policy Priorities. While the “broad” part is the checks, he said, “unemployment is a sort of deep response. People are losing jobs; they’re hurt; they need help.”

The bill would also add four months of $600 weekly payments on top of the usual weekly unemployment checks. That is a large bump compared with usual unemployment benefits. According to the Labor Department, the average weekly benefit as of the end of February was about $372.

It’s also a large increase in benefits compared with those during the Great Recession, when the economic stimulus act added $25 to weekly unemployment checks.

Altogether, an additional $600, on top of those average benefits, would equal roughly 100% wage replacement for average workers — meaning some lower-income workers will get more than their usual wages from this expansion.

This expansion of unemployment benefits threatened to hold up the bill’s passage Wednesday afternoon, as a group of Republican senators objected to the new unemployment provisions.

“We cannot encourage people to make more money in unemployment than we do in employment,” South Carolina Sen. Tim Scott told reporters on Capitol Hill on Wednesday. A proposed amendment to ensure that no worker received more than their average pay failed, however.

Importantly, the bill would also greatly expand who can get unemployment to people who wouldn’t otherwise be eligible for benefits, such as the self-employed and those in isolation or quarantine because of the virus.

There’s also some question as to how much economic pain these proposals wouldn’t protect people from. After all, the scars from this economic blow could last far longer than the four months that the $600 unemployment bump will last.

The package also contains far more than just this assistance for households. There are also loans for small businesses and provisions to make much of that loan money forgivable. The bill also would allow federal student loan borrowers a grace period from making payments until October.