America now leading the world in coronavirus cases is striking since the U.S. population of some 330 million is just a fraction of China's 1.4 billion people.

(Washington) — The U.S. now has more coronavirus cases than any other country in the world, surpassing China’s total and highlighting how rapidly the virus can move through a population.

The U.S. logged more than 83,000 cases as of 8 p.m. ET Thursday, while China reported more than 81,00 infections, according to data compiled by Johns Hopkins University.

America now leading the world in coronavirus cases is striking since the U.S. population of some 330 million is just a fraction of China’s 1.4 billion people. 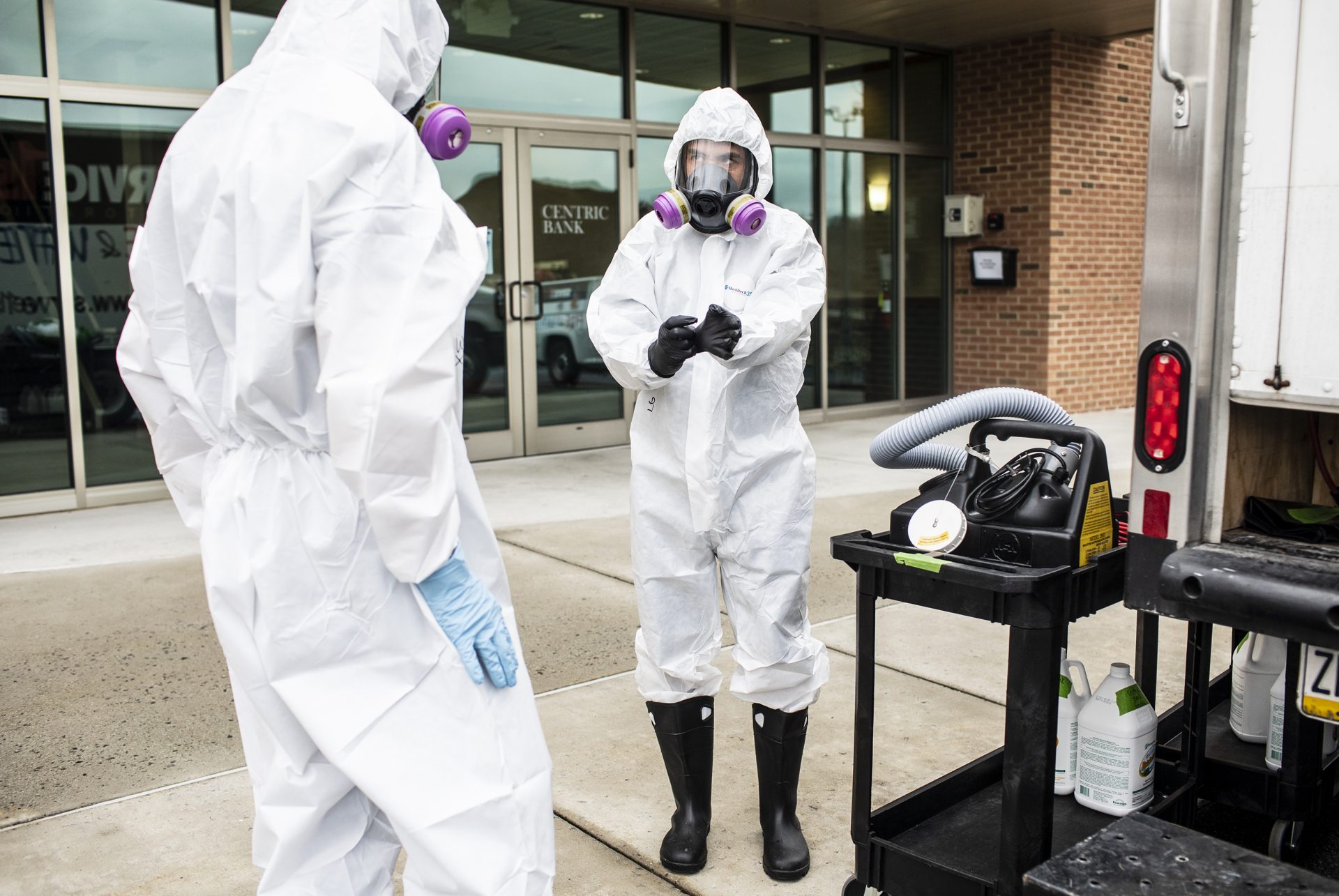 Service 1st Restoration worker Adam Copenhaver prepares to spray disinfectant throughout the Centric Bank corporate headquarters to stop the spread of the coronavirus.

As coronavirus cases surge, business nationwide has nearly ground to a halt and the economy has soured, with major swaths of America shut down and officials urging residents to stay indoors and practice social distancing to curb the rate of infection.

Bracing for the number of new coronavirus cases to keep rising, hospitals are scrambling to acquire bed capacity and crucial medical equipment like ventilators, gloves, gowns and protective masks. Many state officials have said in the absence of additional supply, the crush of infected people who need care will far exceed resources.

Officials with the White House’s coronavirus task force have expected a sharp rise in new cases, the result of testing becoming more available throughout the country.

Yet the U.S. testing rate still falls far short of other countries grappling with the virus. For instance, South Korea’s testing rate for coronavirus is more than six times that of America’s, despite Trump’s repeated claim that the U.S. is the world leader in testing.

Testing in many parts of the U.S. has been far from smooth, as people nationwide report long waits for a test and stringent criteria for qualifying for a test.

New York has emerged as the epicenter of the pandemic. The state reported more than 37,000 infections, equaling more than half of America’s cases. The accelerating rate in New York has spilled over into neighboring New Jersey, which now has the second-highest state total in the U.S.

Deborah Birx, who is on the White House’s coronavirus task force, said on Thursday that new hot spots are forming in the counties that include Detroit and Chicago.

Millions of Americans are teleworking if they can. Many others are out of work altogether. Nearly 3.3 million have filed unemployment claims last week. Market volatility has been rocking investors for weeks. And dozens of leading economic forecasters say the virus is lurching the global economy into a recession.

Trump, meanwhile, has indicated that he would like to see the country open to business by Easter, a timeline that is much sooner than what public health experts are advising.

A historic $2 trillion relief package was passed by the Senate on Wednesday night with hopes to providing a jolt to a limping economy. Among the provisions of the more than 800-page bill: sending $1,200 direct payments to most American adults.

The House on Friday is poised to take up the measure and is expected to pass it. Trump has said he is ready to sign the bill into law.