A sign is posted in the window of a closed business in Philadelphia, Friday, March 20, 2020. Pennsylvania Gov. Tom Wolf directed all "non-life-sustaining" businesses to close their physical locations late Thursday and said state government would begin to enforce the edict starting early Saturday.

Your afternoon update on the coronavirus in Pa.: Governor extending stay-at-home order to two more counties

(Harrisburg) — Gov. Tom Wolf’s administration reported more coronavirus-related deaths in Pennsylvania on Wednesday and ordered residents of Lehigh and Northampton counties to stay home, with few exceptions, as more of the state is put under the directive in an effort to slow the virus’ spread.

Wolf’s office said the order will take effect at 8 p.m. for the two counties, home to more than 670,000 people.

Before Wednesday, Wolf’s orders covered eight counties, including Philadelphia, Allegheny County and Philadelphia’s four heavily populated suburban counties. The 10 counties account for half of Pennsylvania’s 12.8 million residents and are home to nearly 80% of the state’s confirmed coronavirus cases, as of Wednesday.

In a video news conference Wednesday, Wolf stressed that business owners and their employees have borne a huge brunt of the shutdowns, and urged residents to “step up” and do their part to help stop the spread of coronavirus.

Everyone “must all act as if we have it” to avoid spreading it further, he said.

Still, Wolf has resisted offering any sort of projection for when he thinks the state could start getting back to normal.

“We’re going to recover from this crisis, but first we must get through it,” Wolf said.

Wolf’s stay-at-home order requires residents to avoid leaving home, except for certain allowable errands for health or safety purposes or going to a job designated in life-sustaining employment sector.

Also Wednesday, the state Department of Health said it had confirmed 276 more cases of coronavirus — an increase of one-third — and four more deaths for a total of 11 statewide.

Meanwhile, the state House of Representatives and Senate, with many members voting remotely under new chamber rules, passed legislation to delay the primary election by five weeks to June 2, a bill that Wolf said he will sign.

They also passed other elements of a package of coronavirus-related legislation, including marshaling $50 million in aid to help hospitals, nursing homes and emergency response teams afford masks, gloves and other personal protective gear. The bill gives Wolf the authority to transfer money from other funds. 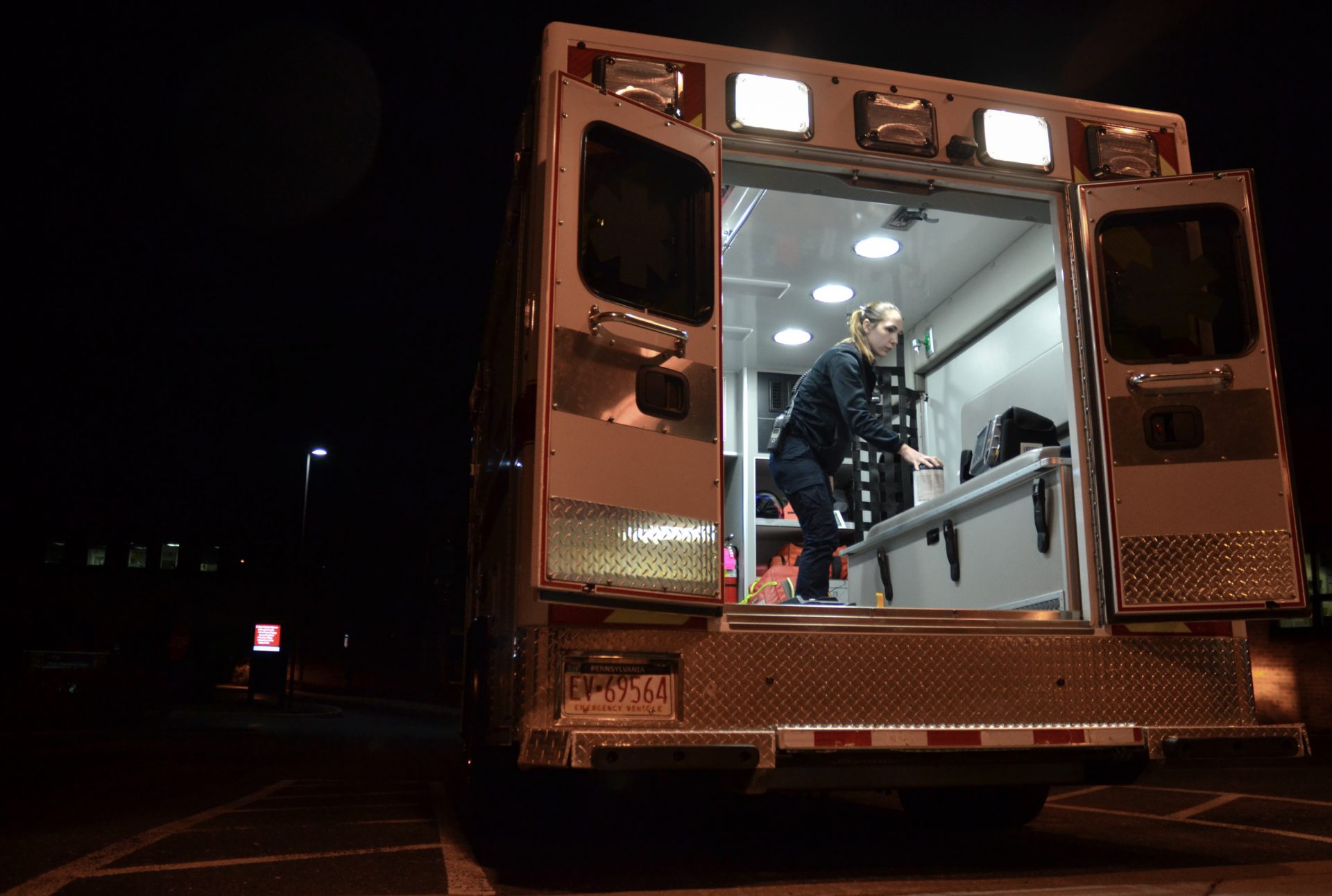 Emergency medical technician Justine Berry with Susquehanna Township EMS in Harrisburg, Pa., cleans an ambulance with antimicrobial wipes after a patient has been removed. EMS directors say more cleaning supplies and protective equipment will be vital if the coronavirus becomes widespread.

A look at other coronavirus-related developments in Pennsylvania:

With the cases confirmed by the state Department of Health, there are now more than 1,120 cases in 44 counties.

New deaths were reported in Luzerne, Philadelphia and Delaware counties.

Delaware County said one victim was an 85-year-old man and the other was an 86-year-old woman. Both had been hospitalized.

Health Secretary Rachel Levine said the administration expects a surge of patients in the coming weeks.

Cases are doubling every two to three days, and the administration is putting a heavy emphasis on buying time to help get the state’s health care system ready for that growing flood of patients, Levine said.

More than 400,000 Pennsylvanians filed for unemployment compensation benefits last week amid a tidal wave of coronavirus-related business shutdowns, eclipsing the high-point during the recession a decade ago, the state’s top organized labor leader said Wednesday.

Rick Bloomingdale, president of the Pennsylvania chapter of the AFL-CIO, said Gov. Tom Wolf’s administration briefed him on last week’s figures as the union urges Wolf and lawmakers to expand unemployment compensation benefits to replace a full salary, rather than a half salary. 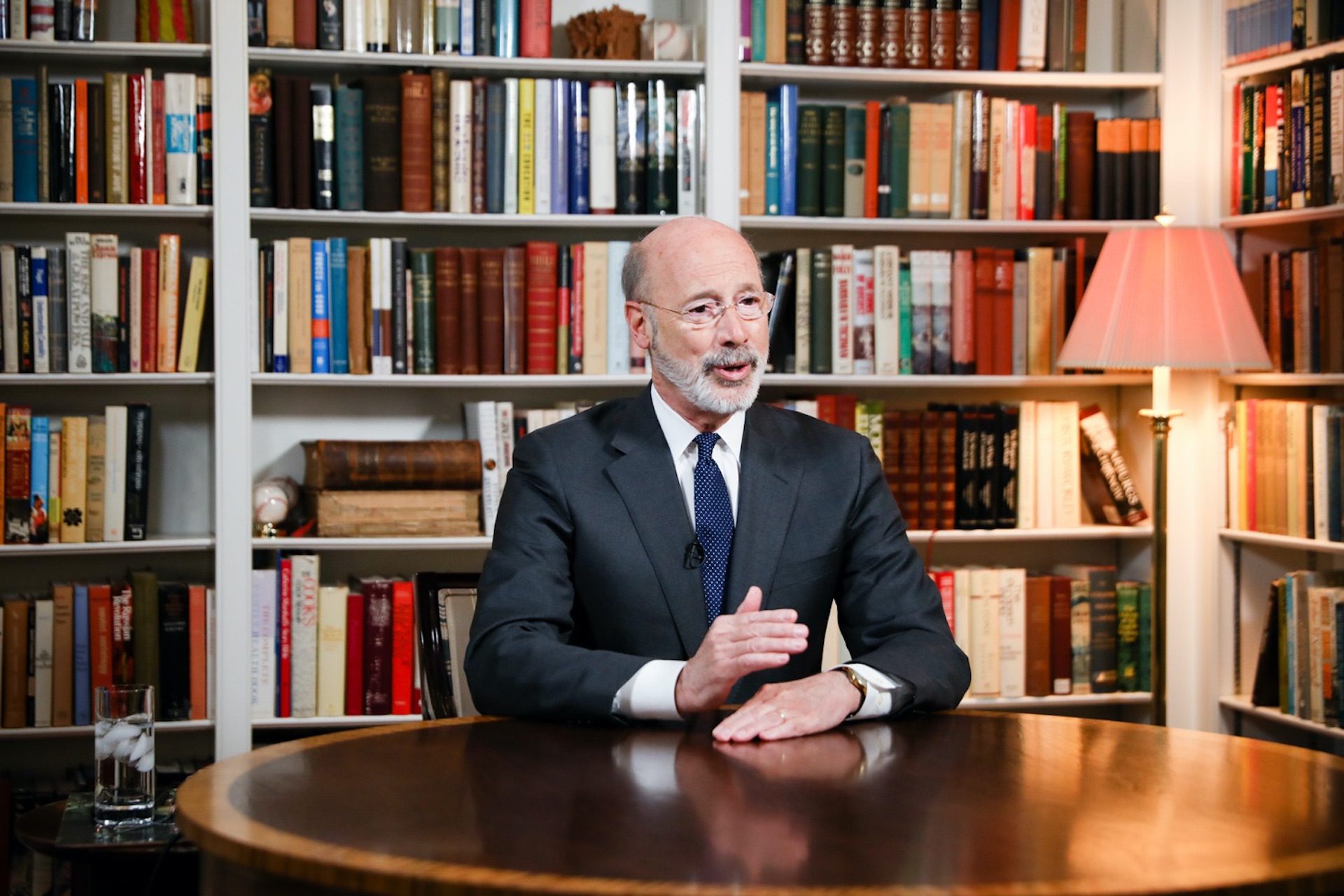 Wolf last Thursday ordered a statewide shutdown of all “non-life-sustaining” businesses in an effort to slow the spread of the coronavirus and buy time for the state’s health care system to expand staffing, equipment and bed space.

Even before that order, unemployment compensation filings in Pennsylvania and many other states had skyrocketed, underscoring how many businesses had already closed or shed workers.

A review of weekly data going back to 1987 shows a high-point of 61,000 in early 2010, when the effects of the Great Recession were taking hold.

The agency would not release last week’s figures to The Associated Press.

Senate Majority Leader Jake Corman, R-Centre, said the Pennsylvania Liquor Control Board is looking into a “soft reopening” of stores with a delivery or curbside pickup model.

Corman said he didn’t know if the agency had picked a date. Wolf ordered the stores closed after March 17 as part of a cascade of shutdowns he has ordered of nonessential businesses and government services to help stem the spread of the coronavirus.

Wolf’s administration has not publicly discussed any plans to reopen the roughly 600 state-owned wine and liquor stores. 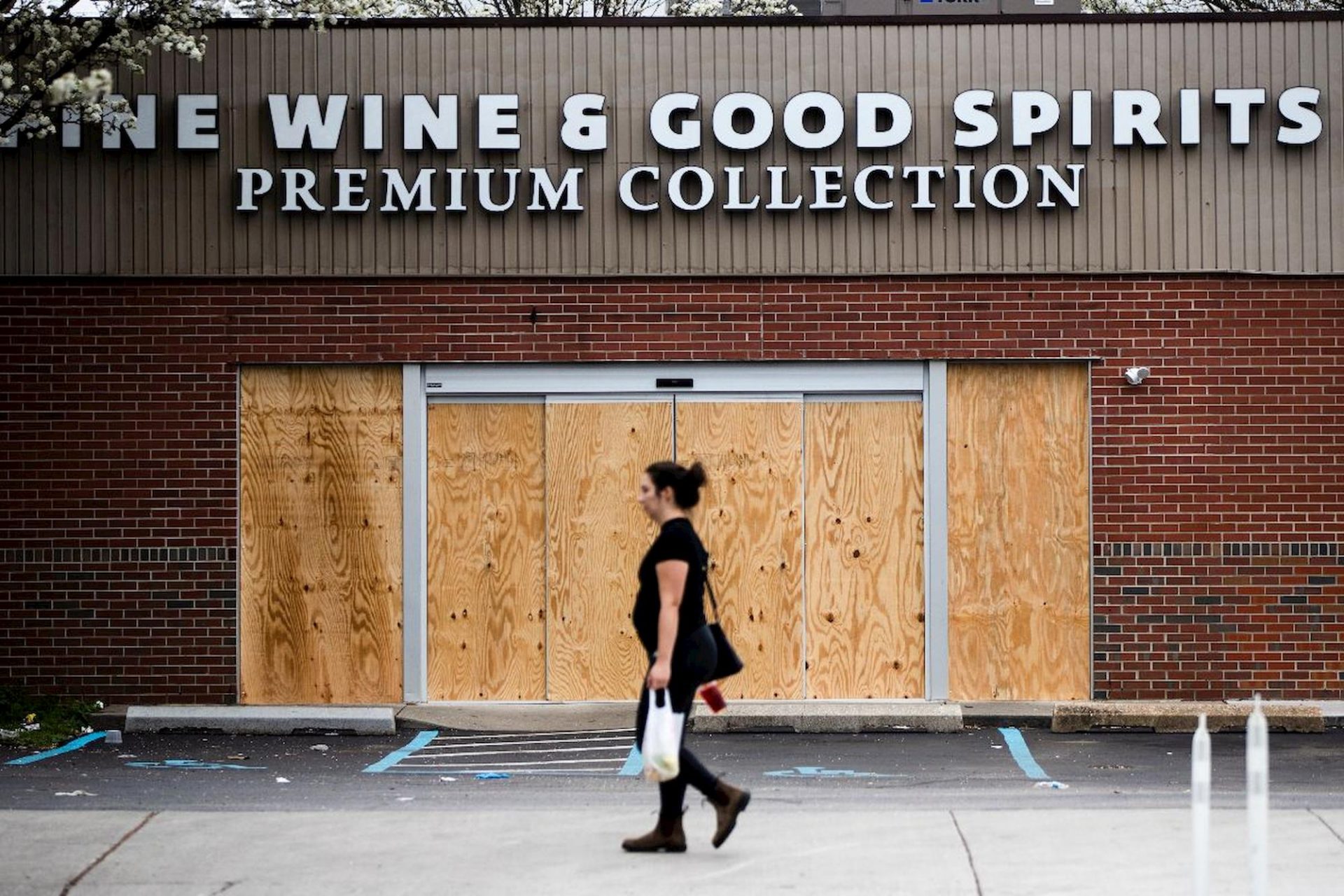 A pedestrian walks past a boarded up Wine and Spirits store in Philadelphia, Friday, March 20, 2020.

The House and Senate voted unanimously to ensure teachers and other school employees continue to be paid and to endorse the waiver of the normal 180-day minimum number of instructional days.

The bill also requires schools to make a good faith effort to continue instruction during the building closures and submit that plan to the Education Department.

The Pennsylvania attorney general’s office says it received more than 2,800 complaints about price gouging under the COVID-19 state of emergency. The agency has also issued more than 60 cease-and-desist letters, but no civil charges.

Pennsylvania State Police issued warnings Tuesday to 17 more “non-life-sustaining” businesses that failed to comply with Wolf’s directive to shut down.

State police issued a total of 44 warnings, but no citations, during the first two days of enforcement, the agency announced Wednesday. The greatest number of warnings, nine, was issued by a state police troop that covers four counties in southwestern Pennsylvania.

Wolf has ordered all nonessential businesses to shutter their physical locations to help slow the spread of the virus.

Sanitation workers were sent home for the day in Pittsburgh as city and union officials met to clear up precautionary instructions and other issues that drew protests from those workers Wednesday morning.

Several workers complained that they had not been given enough protective gear after a sanitation worker’s wife had a presumptive positive coronavirus test Tuesday. That worker was sent home to self-quarantine.

Mayor Bill Peduto’s office said the city has provided wipes for equipment, cleaned trucks and buildings, provided gloves and protective glasses as well as plastic gloves to go under the larger outer gloves if workers wanted them.

Collections are expected to resume on Thursday.