Celiah Aker works on her business and administrative services class at her desk at home, Monday, Feb. 6, 2017, in Medina, Ohio. Aker is in ninth grade and it is her fifth year at Electronic Classroom of Tomorrow (ECOT) an online school.

Schools across Pa. are wary of offering online instruction during coronavirus closures

"All of a sudden, somewhat of a trainwreck happened.”

(Philadelphia) — From big cities to little towns, many Pennsylvania school districts are trying to offer some form of virtual instruction while schools are closed.

But there are limits to what school districts feel they can require students to do — often because they’re worried they can’t ensure equal access to technology or meet the requirements laid out under the federal special-education law.

“I think a lot of superintendents initially wanted to have kids prepared to have some work and do some things online,” said Edward Albert, executive director of the Pennsylvania Association of Rural and Small Schools (PARSS).

“But then all of a sudden, somewhat of a trainwreck happened.”

In particular, Albert said, many school officials became wary that they could open themselves up to lawsuits under federal special education law if they provide virtual classes, but don’t do so in a way that meets the needs of each student with a special-education plan.

“With that, a lot of school districts retreated back and said, ‘We’re just going to sit and ride out this storm a little bit,’” Albert explained.

Some of the school districts Albert represents are not doing instruction at all, he said. Other districts seem to be coalescing around a middle ground: offer online enrichment opportunities for students and families, but be absolutely clear that these are not required assignments and won’t be graded.

“While we hope our students will participate in this learning, some may choose not to, or find it difficult at times,” wrote the Central Bucks School District on its website.

These decisions seemingly trace back to guidance issued by the Pennsylvania Department of Education. 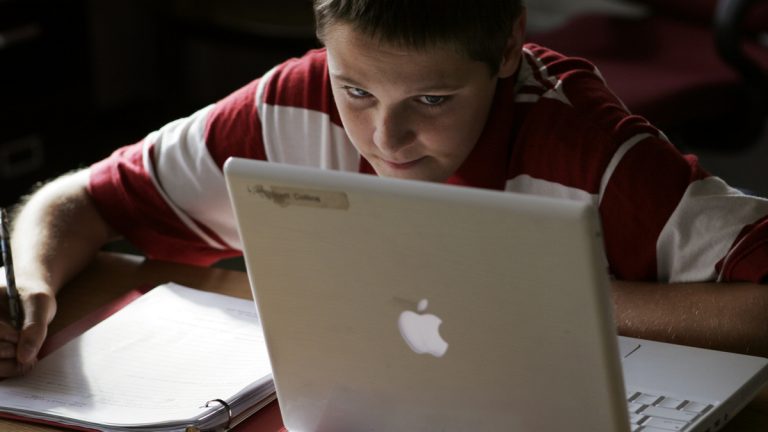 A new bill in the Pa. State Senate could mean the end for cyber charter schools in the state.

The department told districts it would not penalize them if they weren’t able to hold the mandatory 180 days of school this year. It added that if districts wanted to attempt “continuity of education” they would have to “ensure full access to learning for all students, with particular attention to free appropriate public education (FAPE) for students with disabilities and English as a second language (ESL) services for English Learners.”

Asked by Keystone Crossroads to elaborate or clarify that statement, a spokesperson for the department of education referred back to what is available on its website.

Philadelphia Superintendent William Hite referenced the state’s guidance in a Wednesday press conference, as he explained why the district sent a letter to principals telling them that “remote instruction should not be provided to students” during the ongoing shutdown.

After that letter triggered a firestorm, Hite clarified the district’s position and said that the district was simply prohibiting graded online instruction and required attendance.

In that case, Philadelphia’s position appears to mirror that of many districts across the state.

Although some districts — mostly wealthier ones —  are attempting to provide required instruction online, many are cautious about going fully virtual.

State Senator Andy Dinniman, (D-Chester) believes districts should be empowered to do as much as they can during the crisis — even if that means falling short on some special-education plans. He thinks districts are being hamstrung by bureaucracy and he recently introduced a bill that would allow districts to do as much online instruction as possible without getting clearance from state authorities.

“We are putting our school districts in an untenable situation,” Dinniman said.

“The school code and our laws were not written for states of emergency,” he added. “They were written for life in normal times. When we have a state of emergency every school district needs to do its best. We need to restore local control.”

Would that kind of arrangement violate federal law? It’s hard to know anything for sure in this fast-moving situation.

And Pennsylvania’s school districts aren’t the only ones facing this uncertainty. With tens of millions of students missing in-person classes across the country, there’s widespread confusion about the legality of online education in light of the federal special education law.

That’s why Albert is telling many of his superintendents to just lay low until state and federal officials sort things through.

“I think the best suggestion would be to kind of sit back and say, ‘Hey, I’m just going to wait to see where we go next,’” he said.