The U.S.-Canada border will shut to non-essential traffic "by mutual consent" with Ottawa, Trump said. 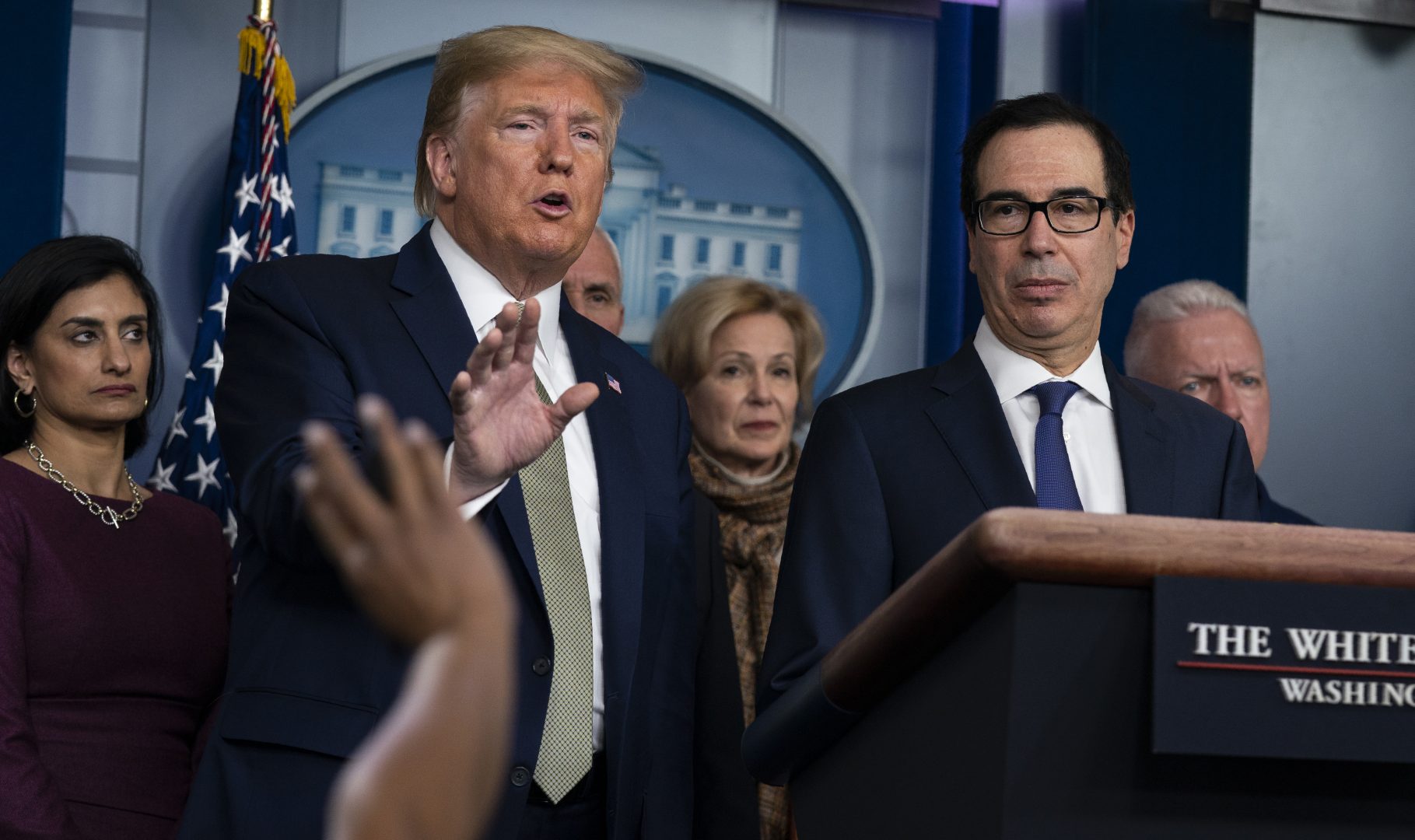 (Washington) — President Trump ordered the border with Canada partly closed on Wednesday and the Defense Department said it would contribute to the coronavirus pandemic response with hospital ships, field treatment centers and medical supplies.

Echoing the rhetoric of China’s President Xi Jinping, who proclaimed himself commander of the people’s war against the coronavirus, Trump said on Wednesday that he had become a “wartime president” and that Americans now are in something like a state of war too.

That’s why the U.S.-Canada border — the longest undefended frontier in the world — would shut to non-essential traffic “by mutual consent” with Ottawa, Trump said.

The pandemic has shut down travel around the world. Trump made his announcement about Canada on Twitter.

Canadian Prime Minister Justin Trudeau then said in Ottawa that some traffic would continue to pass through but the goal is to limit the non-urgent passage of people back and forth.

Trump said at the White House he would convene another news conference about “some very important news” from the Food and Drug Administration about the coronavirus — a pandemic he is increasingly referring to as “the Chinese Virus.”

Details about the announcement were not immediately available.

Trump said the hospital ship USNS Comfort would sail from its berth in Norfolk, Va., to dock in New York City in the coming weeks in order to try to add its treatment capacity to the city’s hospitals.

The hospital ship USNS Mercy, based in San Diego, also would deploy along the West Coast, the president said, but he said authorities haven’t made a determination as to where it might go.

Defense Secretary Mark Esper also said the Pentagon would prepare to deploy field hospitals or treatment centers and contribute about 5 million protective masks from its stockpile.

The first batch of roughly 1 million masks is available now, Esper said, but it wasn’t clear precisely when the ships might deploy or the other measures might get underway.

The White House is scrambling to help states and cities ramp up testing sites and bolster hospitals expecting to see a surge in patients with the respiratory illness caused by the virus.

The task force leading the response plans to meet on Wednesday with academic experts who have modeled the spread of the disease. Trump also was set to talk with a group of physicians and a group of nurses. 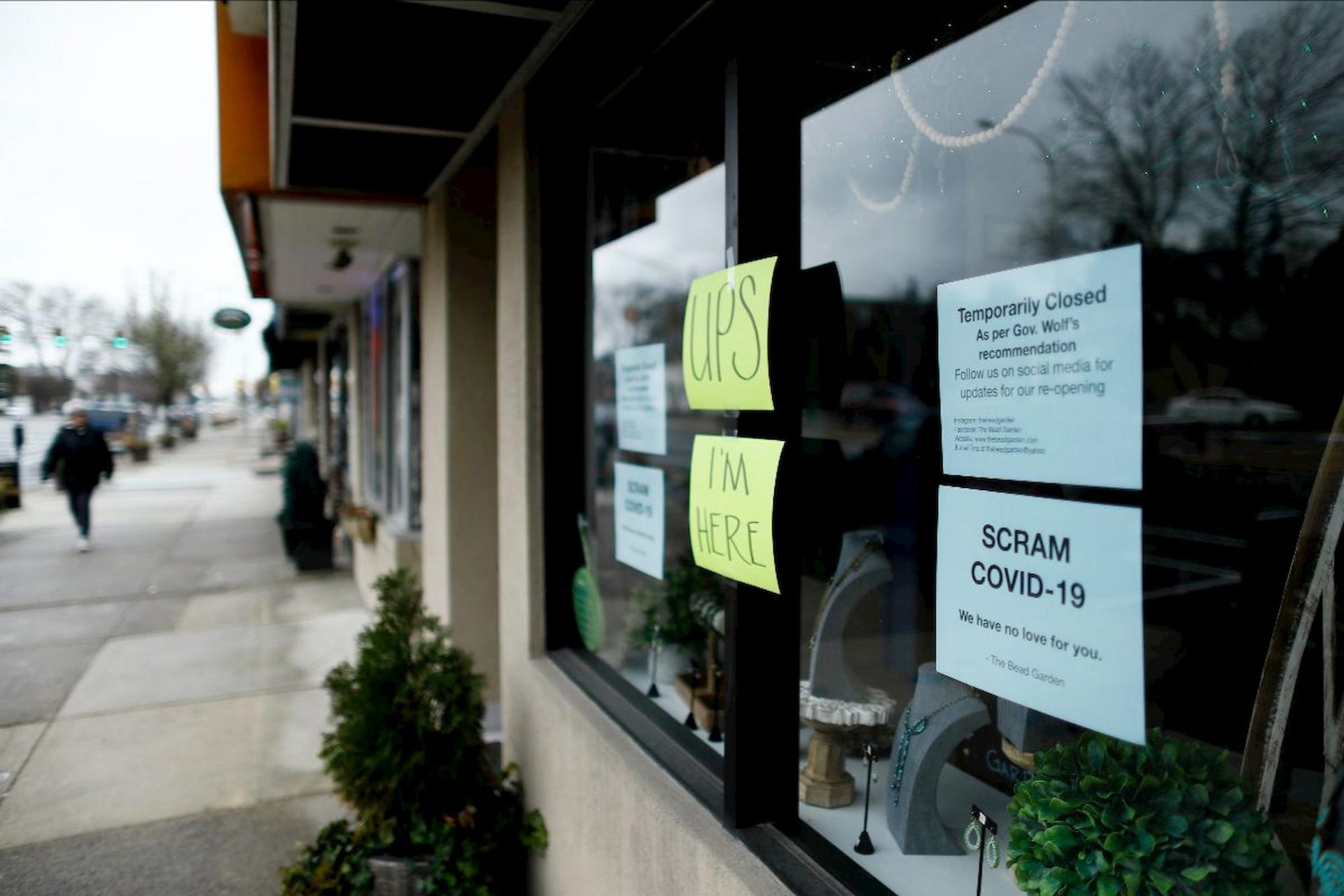 A person walks past a closed craft store, Tuesday, March 17, 2020, in Havertown, Pa. Concerns about the new coronavirus have led to the temporary closure of many businesses and schools across the region. (AP Photo/Matt Slocum)

“We must sacrifice together”

Authorities continued to implore Americans to take precautionary steps to limit the spread of the virus, including via social distancing and avoiding large groups of people.

Dr. Deborah Birx, a leader on the White House’s medical task force for the pandemic, especially said that younger people must observe the restrictions and not think themselves invulnerable from being affected or from carrying the virus.

Birx said young people should not use the disruptions associated with the pandemic as a vacation or an opening to socialize.

“We cannot have these large gatherings that continue to occur,” she warned

Trump urged Americans to accept the disruptions and isolation that the pandemic has wrought, likening the national effort he said is needed to the American response to World War II.

“Every generation of Americans has been called to make sacrifices for the good of their nation. Now it’s our time. We must sacrifice together,” Trump said. “We are in this together and we’ll come through this together.”

Trump has pivoted to using the term “Chinese virus” to describe the pandemic in tweets and statements. For example, on Tuesday he used the term in a meeting with CEOs from the hotel industry — a sector ravaged by the pandemic.

For the people that are now out of work because of the important and necessary containment policies, for instance the shutting down of hotels, bars and restaurants, money will soon be coming to you. The onslaught of the Chinese Virus is not your fault! Will be stronger than ever!

Asked on Wednesday whether he would continue using the term “Chinese virus,” Trump rejected criticism that he was creating a stigma and said he was hitting back at China for statements about the U.S. military.

“It’s not racist. It comes from China,” Trump said at the White House of the coronavirus.

He rejected questions about the effect of his words on Asian-Americans as the president and other allies escalate the focus they’ve placed on the Chinese origins of the pathogen.

Trump said he didn’t agree with some critics of China who said that it had “inflicted” the virus on the U.S. and the world, but the president said he did think Chinese officials could have given the world an earlier warning about the severity of the disease.

The outbreak has disrupted the economy, as people work from home to avoid contact and to look after kids shut out of schools. Travel and entertainment sectors have ground to a halt. Experts have said the worst is yet to come as the number of infected people climbs.

Birx said the roughly 110 deaths reported from the coronavirus as of Wednesday represent cases of infections that took place two to three weeks ago. Many Americans could yet begin to show symptoms and many others may be unknowingly carrying the virus and transmitting without themselves becoming sick.

That’s why Birx and other officials have stressed the need to limit travel and sharply revised their warnings about precautionary measures, she said. Researchers are still attempting to learn how much transmission comes from human-to-human contact and how much comes from interacting with contaminated surfaces.

Birx and other authorities also have stressed the importance of proper hand-washing. 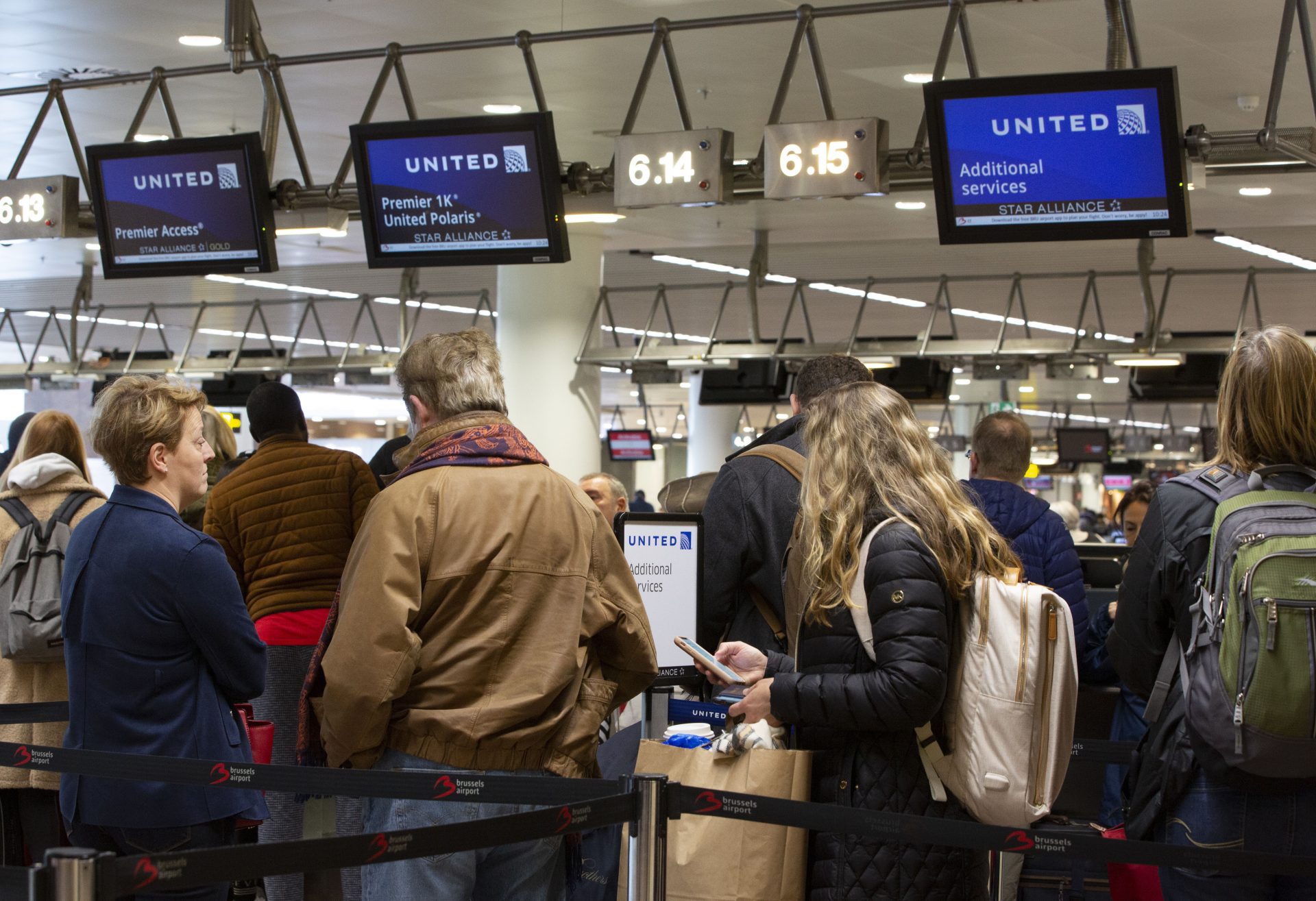 People wait to check in to a flight to Chicago at the United Airlines counter in the main terminal of Brussels International Airport in Brussels, Thursday, March 12, 2020. The European Union has slammed the new anti-virus travel ban announced by U.S. President Donald Trump on Wednesday. For most people, the new coronavirus causes only mild or moderate symptoms, such as fever and cough. For some, especially older adults and people with existing health problems, it can cause more severe illness, including pneumonia.

Separately, Trump talked airline CEOs on Wednesday, the second time this month he has talked to an industry that has seen its traffic grind to a halt as people stay home.

The airline industry says the pandemic has had a more deleterious effect on business than the attacks of Sept. 11, 2001, and has sought a government bailout.

“We don’t want airlines going out of business. We don’t want people losing their jobs,” Trump said at a press conference on Tuesday. “We’re going big.”

Trump also was set to join a conference call with the Business Roundtable, CEOs from the country’s largest companies.

Meanwhile, the Trump administration is asking Congress for $45.8 billion in emergency support for the Centers for Disease Control and Prevention, funding for states’ public health needs, and research resources at the National Institutes of Health.

The request comes as the Senate is expected to vote Wednesday on a separate House-approved package that provides economic relief to those affected and resources for testing.

The White House is also pitching Congress on an economic rescue package worth about $1 trillion. That’s 45% more than federal defense spending in 2019, and would eclipse the former Obama administration’s 2009 stimulus package of $787 billion.

Trump was asked on Wednesday how much money Americans might see in potential checks directly from the federal government as part of a stimulus.

“To be determined,” he said.