Jordan Bugg stands outside a shed at his mothers home, where he lives, in Catawissa, Pennsylvania. Jordan suffered from a tooth abscess in the Lebanon County jail, which he says was ignored by medical staff until he ended up on life support.

He went into jail with a toothache; he ended up on life support — and in debt.

Jordan Bugg stands outside a shed at his mothers home, where he lives, in Catawissa, Pennsylvania. Jordan suffered from a tooth abscess in the Lebanon County jail, which he says was ignored by medical staff until he ended up on life support.

Jordan Bugg woke up in the hospital on December 7, 2019, confused. He didn’t know where he was. Just a day before, he remembered he was in a jail cell.

Or, he thought it was the day before; he would soon learn that he had actually been on life support for three days.

Bugg reached for the left side of his neck and touched a bandage that covered his throat. He was told that doctors at the York Medical Center had to slice his neck open to drain an abscess from his lower jaw and neck.

The abscess had been building for five months, since Bugg was taken into custody and sent to the Lebanon County Correctional Facility. Over those months, he complained multiple times to the warden and medical staff about swelling and pain in his face. Every time, the jail’s medical staff gave him Tylenol and antibiotics.

During a November visit, his mother was alarmed at his appearance, saying Bugg’s head looked as big as a basketball.

On Dec. 6, Bugg passed out in his cell. His cellmate screamed for help, according to other inmates who heard the yelling. He was stabilized at the local hospital, but he was moved to a hospital in York better equipped to provide the surgery Bugg needed.

He was sent back to jail after his recovery, and by the time he was released in March, records show that Bugg was in debt for the care he received. The jail billed him $167 for miscellaneous fees and the hospital sent him a bill for $250 for his hospitalization.

Federal law requires that inmates receive the same standard of care as those on the outside, including for oral health needs. But multiple lawsuits filed against jails and their medical providers across the state show that Bugg’s experience was not unique. 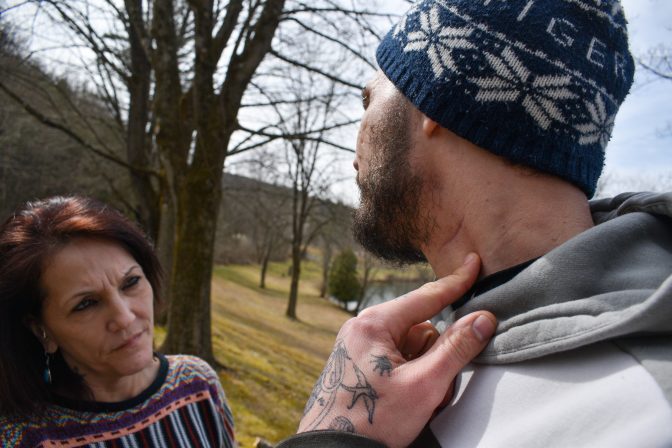 Jordan Bugg (right) shows off the scar he has from when the hospital had to drain the abscess from his throat. Bugg says the Lebanon County Correctional Facility denied him dental work because it didn’t have a dental chair.

PA Post reviewed close to 50 lawsuits filed over the past five years, and conducted interviews with inmates, family members, lawyers and former medical staff. The interviews and court records detail how medical care was denied or delayed, even at facilities accredited by the national nonprofit charged with overseeing them. And despite the substandard quality of care, inmates were still charged for services through copays. 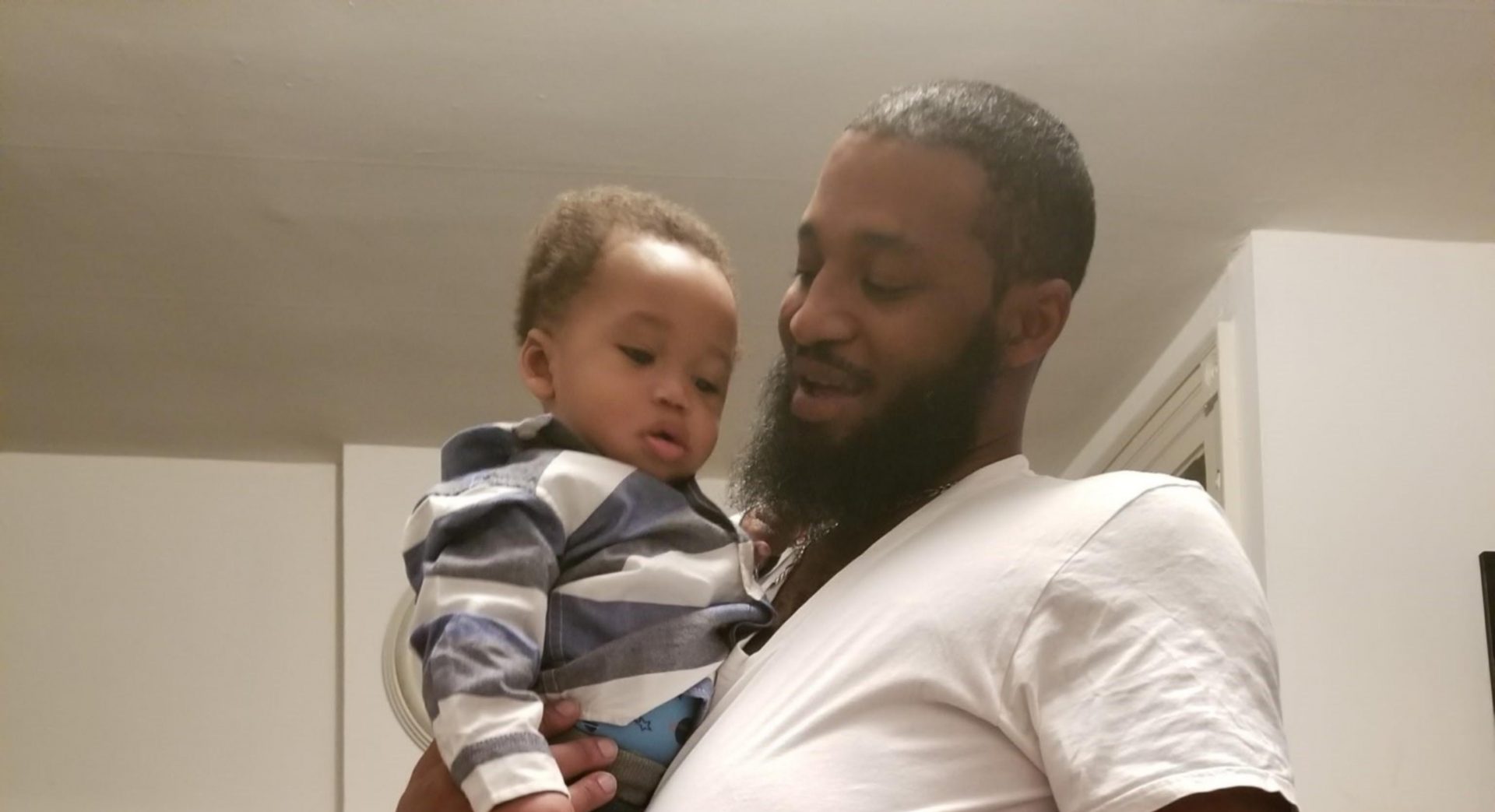 Medical experts and lawyers say that there is little oversight in Pennsylvania on how jails care for their inmates’ medical needs. And while many facilities continue to use third-party providers to alleviate the burden of handling staffing, critics say it hasn’t made the care any better.

“While it’s true that there’s this rubric of using private vendors, it is designed to absolve the sheriffs of responsibility and involvement,” says Homer Venter, author of “Life and Death in Rikers Island” and the former chief medical officer for the Correctional Health Services in NYC. “It does not, however, improve quality.”

And with the novel coronavirus now detected in at least one county jail in Pennsylvania, prisoners and their families are worried about what would happen if inmates start showing symptoms but are unable to get the care they need.

There are more than 3,000 county jails in the U.S., the vast majority contracting medical services through third-party providers. Pennsylvania is no different. While smaller county jails might contract with a local doctor or medical facility to provide basic medical care, larger counties, such as Lebanon, Dauphin and Franklin, use private, for-profit medical providers. The most well-known of those is PrimeCare Medical Inc., based in Harrisburg, and Wexford Health Sources based near Pittsburgh.

The Lebanon County Correctional Facility once had its own medical staff to provide care to inmates, but the unit was disbanded last year after a teenage inmate, Victoria Herr, died of opioid withdrawal while in the jail’s custody. A $4.75 million settlement between her parents and the county prompted corrections officials to sign a contract with PrimeCare.

Tracking how PrimeCare and other for-profit providers do their business required someone to attend county commissioner meetings and file document requests. But after PA Post reported on a woman with late-stage cancer being taken into custody at the Lebanon County jail, PrimeCare CEO Thomas Weber offered to provide more information on how his company’s medical professionals monitor the health of inmates.

“Many of our facilities have a standard and they undergo their own type of audit on a regular basis,” he said in a phone interview last month. Weber stressed that PrimeCare’s individual units at jails and prisons are accredited by the National Commission on Correctional Health Care, a private nonprofit organization that assesses how care is delivered to inmates.

But the national commission lacks the power to hold prison medical providers accountable for anything beyond jailers’ policies, said Marc Stern, the former assistant secretary of Health Services for the Washington State Department of Corrections.

“The bottom line of the accreditation is that they’re about measuring whether things are done or not, and done on time,” he said. “That’s not unimportant. It’s just not enough.”

Weber took issue with Stern’s critique of PrimeCare’s audits, saying the commission’s accreditation is the gold standard in the industry. And the correctional health care industry, overall, is “much more scrutinized than community health providers,” he said.

Jaime Shimkus, vice president of communications for the commission, said that the agency’s  review process is thorough and it takes years for any individual prison to earn accreditation. She said commission staff, outside of regularly scheduled triennial audits, will also conduct facility visits if they believe there is a problem with any one facility. She was not able to comment on whether there are any issues within Pennsylvania’s jails that would warrant a site visit.

Despite examples of jails securing accreditation for their health care services, there continues to be alleged neglect and delayed treatment from providers, according to multiple lawsuits filed against jails who use a private medical provider. A former senior medical official at SCI Camp Hill, who requested anonymity for fear of retaliation, said that while at the facility he witnessed jails transfer inmates in with basic medical needs ignored.

“I would see people who came in who had casts on, from when they were injured during capture and it needed to be removed after a certain time,” he said. “I would see them weeks after that cast was supposed to come off; Their skin was rotted underneath.”

What inmates find most egregious is that prisoners — who don’t have a choice in medical care — are forced to pay fees for what they believe is subpar treatment.

“I’m still on the hook for paying the hospital and the jail for medical visits,” said Bugg, who racked up $274 in medical fees associated with his treatment in jail and hospitalization.

Almost every county jail requires inmates to pay co-pays for seeing a doctor. The prices vary from $2 to $5 — a not insignificant amount for prisoners who, if they have jobs at all, earn a fraction of the minimum wage.

In a review of county budgets, PA Post found that some counties, like Dauphin or Lebanon, bring in thousands of dollars in medical fees from inmates. Lebanon County collected more than $8,000 in fees from inmates since 2014. And while that is less than even a single percent of the jail’s total budget, inmates who don’t make money to begin with argue that they’re paying for a service that’s not helping them.

Under contracts signed with companies like PrimeCare, the provider is paid a flat fee, pocketing any money not used on health care services during a given year. Providers, therefore, have an incentive to avoid overspending on inmate care.

And in smaller counties, PA Post’s review of contracts found, providers are obligated to accept Medicare rates for services that fall far below what they could earn in regular hospital billings. This puts added financial burden on providers, who can elect to deny or delay care to avoid expensive medical procedures, said Su Ming Yeh, interim executive director of the Pennsylvania Institutional Law Project, a nonprofit that advocates for prisoners’ legal rights.

“I understand the financial burden,” she said. “But when it comes to an extreme, what happens is people are then denied life-saving and necessary medication treatment.”

Weber, PrimeCare’s CEO, denied that his company puts profit over people and said that PrimeCare builds profits into its contracts by applying a markup above an estimated per-inmate base cost.

Other correctional medical experts also don’t see the issue as so black and white. Nicholas Scharff, the former chief of correctional services for the Pennsylvania Department of Corrections, said that another factor on how decisions are made about health care has to do with the amount of time inmates are held. Jails typically house people for shorter periods of time, while prisons hold inmates in for longer periods.

Delaying treatment at county jails can make sense from a continuum of care perspective, he said. 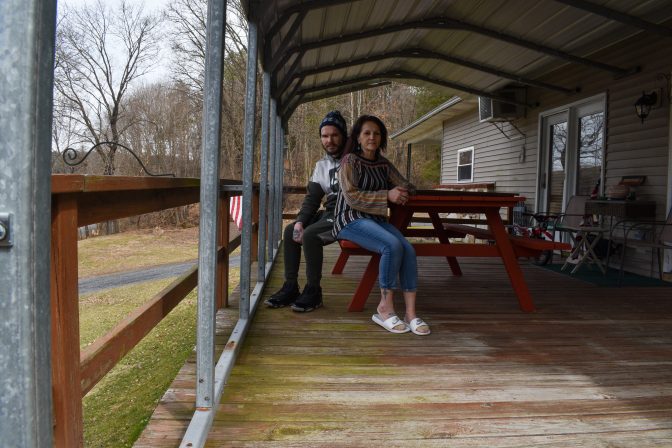 Jordan Bugg and his mother, Cindy Wheary, sit outside their porch in Catawissa, Pennsylvania. When Cindy met with her son while he was locked up in Lebanon County jail, she said she couldn’t recognize him because he had swollen to “the size of a basketball.”

Bugg, who was released on March 1 and now lives in his mother’s home in Catawissa, said it’s unconscionable that he would have to pay for the jail’s poor treatment.

Bugg was a long time methamphetamine user, and it’s not uncommon for meth addicts to develop serious oral health problems. Despite multiple complaints and grievances against the jail obtained by PA Post, Bugg was allegedly refused medical assistance multiple times because the jail didn’t have a dental chair.

Officials at the Lebanon County jail denied Bugg’s allegation and said no one would be excluded from treatment for lack of a chair, and that inmates who have medical issues that can’t be treated at the jail are sent to outside providers. Bugg admitted that oher inmates were sent out for teeth extractions, but it’s unclear why he was not one of them.

What is clear is had he been seen by a dental surgeon as he asked through multiple medical request slips, an immediate surgery would almost certainly have been ordered, according to doctors who reviewed the symptoms Bugg alleges.

Now, he says, he is constantly worried about what his quality of life will be like from here on out.

“I get scared sometimes, wondering if something is still wrong with me, or if I will need to get another surgery,” Bugg said. “I see everything happening now, and I’m just sick to my stomach how I was treated.”