Traders work at the New York Stock Exchange, Wednesday, March 18, 2020. Global stock markets have sunk in a third day of wild price swings after President Donald Trump promised to prop up the U.S. economy through the coronavirus outbreak.

The stock market has been in a jarring up-and-down pattern for weeks. 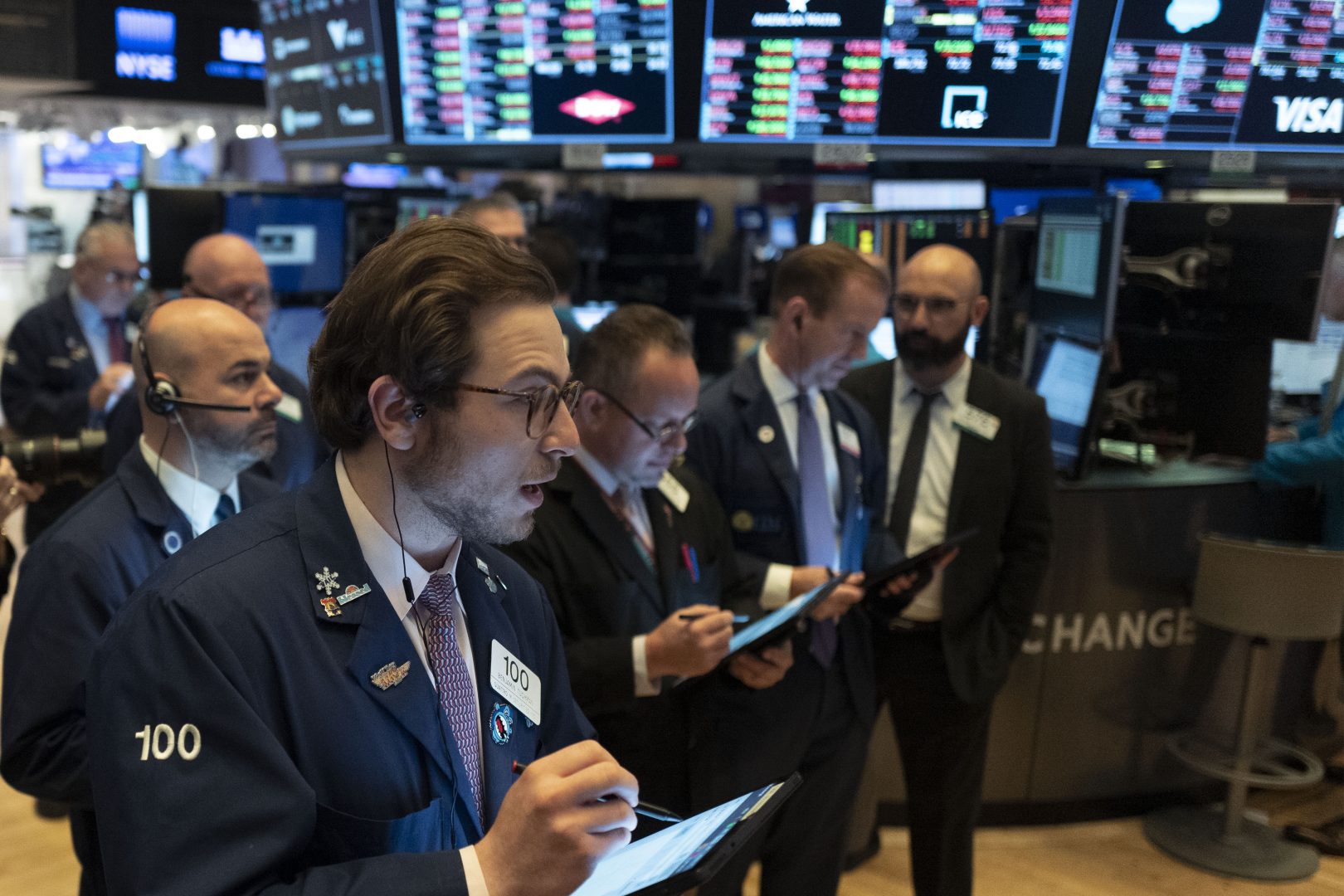 Traders work at the New York Stock Exchange, Wednesday, March 18, 2020. Global stock markets have sunk in a third day of wild price swings after President Donald Trump promised to prop up the U.S. economy through the coronavirus outbreak.

(New York) — The Dow Jones Industrial average plummeted more than 1,900 points, or 9%, Wednesday after President Trump announced new emergency steps to deal with the coronavirus pandemic, including suspending foreclosures and evictions until the end of April.

Trading on the New York Stock Exchange was temporarily halted for the fourth time in two weeks after the S&P 500 index plunged 7%. Major indexes continued to fall after the 15-minute pause in trading, with the S&P 500 down more than 8%.

Total confirmed infections from the virus topped 200,000 worldwide and more than 8,000 people have died.

Vice President Pence told NPR disruptions from the outbreak could continue until midsummer. President Trump said Wednesday on Twitter that the U.S. border with Canada will be closed temporarily “by mutual consent” but that “trade will not be affected.” It’s the latest in a series of border shutdowns around the world in response to the pandemic.

The stock market has been in a jarring up-and-down pattern for weeks. Just on Tuesday, the Dow soared 1,049 points, or 5.2%, after the Trump administration unveiled plans for a $1 trillion stimulus package and the Federal Reserve unveiled a special loan program to help offset the economic damage.

The Dow has fallen by one third from its record high set on Feb. 12. European markets were also down sharply.

Oil prices tumbled 17%, to about $22 per barrel. The price of oil has dropped more than 60% so far this year as the world economy has virtually ground to a halt in response to the coronavirus and as major producers Saudi Arabia and Russia have entered a price war.

The pandemic is hitting American pocketbooks, with nearly 1 in 5 households experiencing a layoff or a cut in work hours, according to a new NPR/PBS NewsHour/Marist poll. Restaurants, bars, hotels and airlines have been hit hard, but the ripple effects are spreading across the economy and thousands of people are suddenly out of work.