FILE PHOTO: Members of the U.S. Army of the Pennsylvania National Guard unload equipment as they arrive at a airport in Vilnius, Lithuania, Sunday, June 5, 2016. 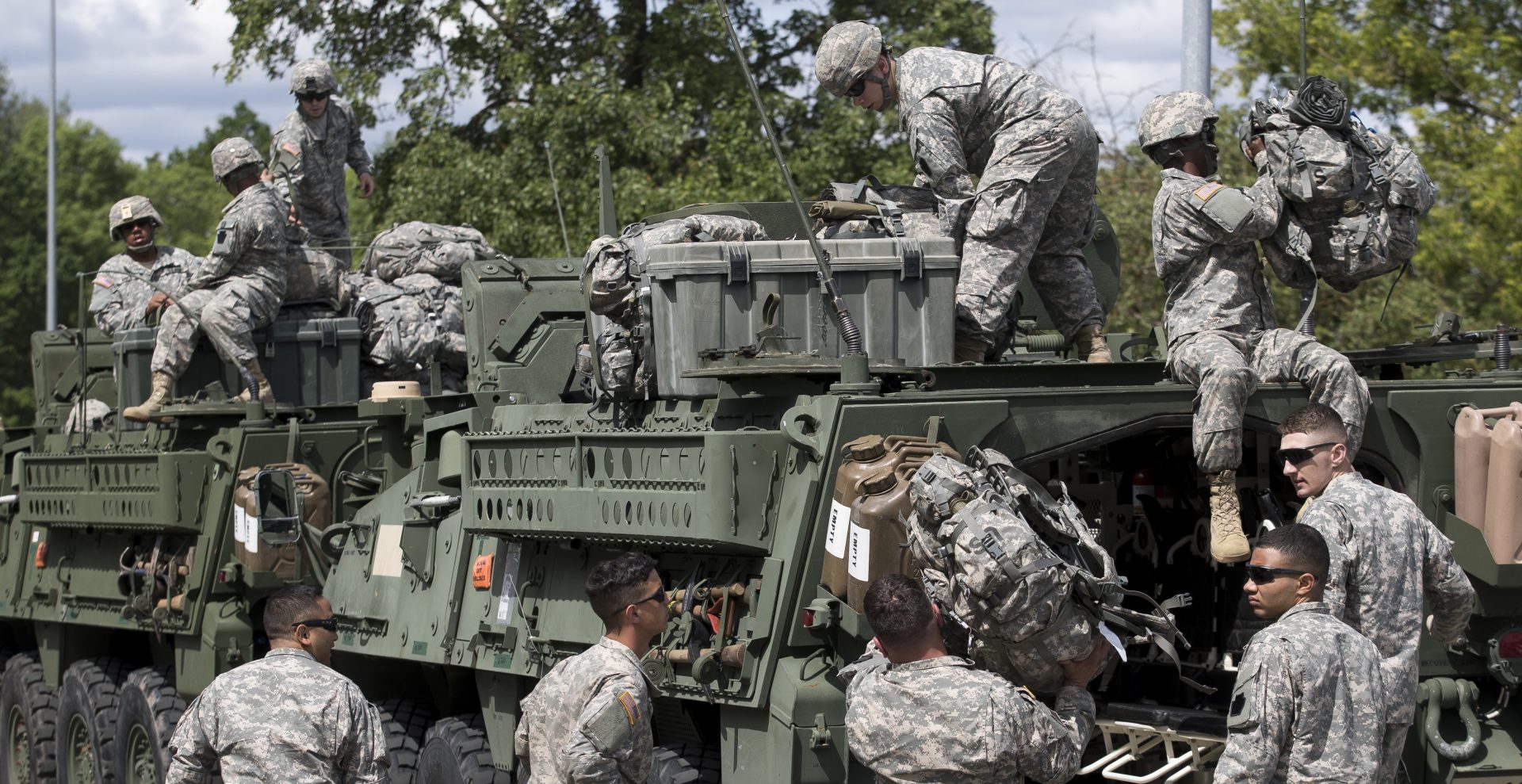 FILE PHOTO: Members of the U.S. Army of the Pennsylvania National Guard unload equipment as they arrive at a airport in Vilnius, Lithuania, Sunday, June 5, 2016.

(Harrisburg) — More than 50 Pennsylvania National Guard troops have been activated to help with the state’s coronavirus response.

They were mobilized for two missions: to assist the Pennsylvania Emergency Management Agency with planning and to transport home former passengers of a cruise ship that dealt with an outbreak.

After more than 20 people on board tested positive for COVID-19, the Grand Princess cruise ship had to circle off the California coast for days before it was finally allowed to dock last week.

A group of 38 Pennsylvanians were then quarantined at Dobbins Air Reserve Base in Georgia before they were flown to Harrisburg International Airport Tuesday.

“Our service members met them out at the tarmac and then they were transported to their homes throughout the commonwealth,” said Lt. Colonel Keith Hickox, Public Affairs Officer for the Pennsylvania National Guard.

Hickox said the active guard members are part of Task Force North, a group of units located throughout northeastern and central Pennsylvania.

Governor Tom Wolf has said he will not send the National Guard to enforce a statewide shutdown order for nonessential businesses.

Hickox said they are ready to respond to the pandemic just like they would during a natural disaster, in which they could be called upon to provide transportation or deliver food and supplies.

“Although the scenario is very different, our tasks are very much the same,” Hickox said.

He added there are no concrete plans to activate additional guard members at this time.

Everything you need to know about the Pennsylvania coronavirus shutdown